I need help jumblr. I want to start studying midrash but I DON”T KNOW WHERE TO START!!!

I’m a conversion student so I don’t know all the right terminology quite yet.

The thing is I got to do some torah study today for shavuot with people from my congregation on zoom and we discussed things from midrash and it got me really interested in it and I want to know more. The longing for knowledge is hitting me hard y’all.

I figured this would be as good a place as any to ask.

I’m very new to purchasing Judaica, feel free to suggest or point me in the direction of some Jewish owned online shops! Thank you!

#jumblr, #converting to judaism, #my shabbat candle holders are literally tinfoil right now, #not too shabby
1 notes · See All
lovefromgilaText

The amount of serotonin I receive from lighting Shabbat candles is astronomical.

#jumblr, #it’s so calming to me
2 notes · See All
sorekbekarmiText

This was a response to the bingo post from someone who reblogged and immediately blocked me.

You literally didn’t read or understand ANYTHING I said, AT ALL.

“Not all communities suck just because yours did” is NOT the same as “your community sucked but literally all other ones are fine.” You’re not even being remotely logical. That’s a false equivalence.

Choice based ideals are great, but they don’t exempt you from the human experience of learning, or from the value of respecting other people.

You can be any category or lack of category you want to my dude, but if your category involves shitting on mine when you don’t know anything about it, that’s not an you existing with an identity, that’s projection. It’s not healthy. And when you’re coming from a culturally Xian perspective and projecting and bashing Judaism and Islam… that IS antisemitism and it IS islamophobia, it just is bro.

Honestly this reply is the equivalent of “I hate my dad, therefore ALL DADS ARE EVIL and no one is allowed to talk about their dad or I will be personally offended”

Like it seems as if you have experienced a lot of trauma and need to get some help, but, to paraphrase the great Amelia Mignonette Thermopolis Renaldi,

And this is coming from someone who has experienced a lot of deep and personal trauma with religion! Like for fucks sake.

Maybe if you’re triggered by discussion of religion you shouldn’t be in the religion tag? I don’t know what else to say. Believe it or not the religion tag IS NOT just for athiests to shit on religion.

#i made that image like a year ago, #i have used it many times since, #jumblr, #religion, #dont reblog this like its just not necessary
11 notes · See All
progressivejudaismText
#shavuot, #shavuos, #jewish holidays, #dreams, #jewish, #judaism, #jumblr, #shabbat
13 notes · See All
shalomyallText

Shabbos, glow, and learning. What more could you want?

Shavuot celebrations in lockdown took a strange form, but a wonderful one. Cooked up a storm yesterday, with bourekas, blintzes and cheesecake, then studied at zoom session after zoom session until a dawn shacharit on my own rooftop. It was perfect. I miss my being with my community in person, but this was definitely still a treat. 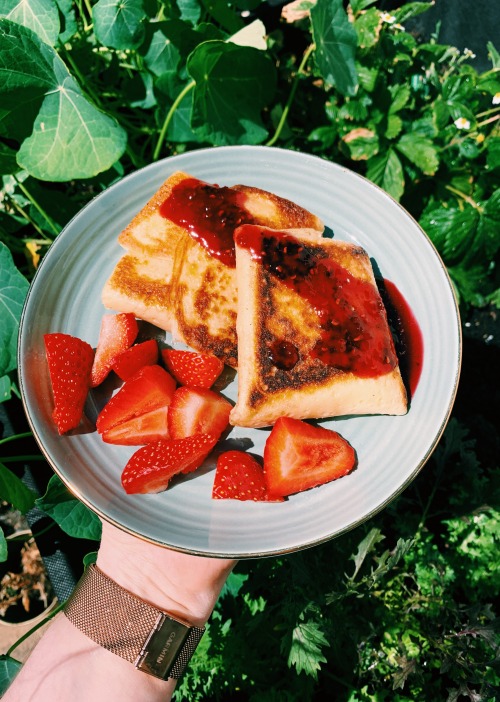 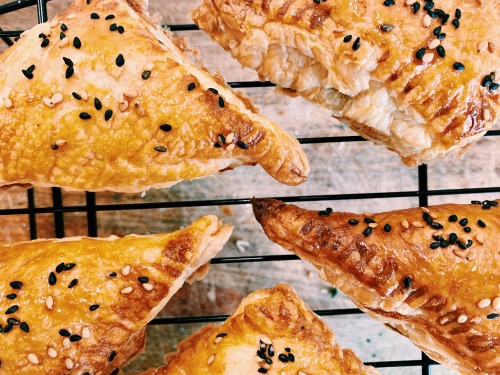 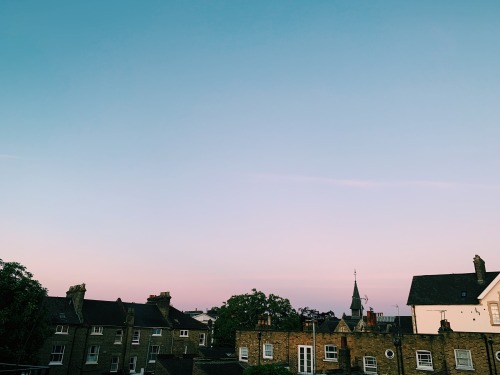 Hi! Thanks for the ask, and your English is great!

The ask is regarding this bingo board.

I’m linking this reply to a similar ask about another term on the same bingo board post, because I have similar feelings.

Basically there’s nothing inherently wrong with the term. It’s the way people use it that’s a problem.

People from Xian cultures, INCLUDING Pagans, Wiccans, and Atheists, tend to use “organized religion” as a derogatory term to describe everything they see wrong with religion. But the thing is that they don’t usually know anything at all about religions other than Christianity.

So they end up saying “I hate organized religion,” and they MEAN all religions, including Judaism, but they don’t KNOW about us. So they real meaning is often “I hate your Judaism because of something Xians do” and we don’t even do that thing.

If that makes sense.

It’s not inherently a bad word. MOST things on that bingo board are context dependent.

For example, being raised in a Xian home doesn’t make someone antisemitic, but it does make them more likely to be ignorant about Judaism, to the point that even when they become an athiest or a pagan or whatever, their view of Judaism and religion as a whole is still directly informed by Xianity.

I think that image is resonating with Jews because they already know the experiences I’m thinking of without them being explicit, because they’ve also experienced them. But non-Jews won’t recognize them and don’t understand how that could be problematic, in any context, so, I will explain.

There’s a few ways it tends to get used that needle at me.

One is to appeal to our similarity and unity when there… isn’t much. Frankly, there’s shared TEXTS between Judaism and Xianity, and shares stories. (Though there’s a fine line between shared and appropriated and Xianity plays jumprope with that line.) What there isn’t much of at ALL is shared theology. It’s often patronizing, and used to appeal to a false sense of family and unity when the reality is Xianity has always been and is often now harmful and oppressive to Jews.

Another is when “Abrahamic religions” is used specifically to mean Judaism, Christianity, and Islam. (See also “Judeo-Christian” when you don’t want to admit Islam exists…) The thing is that Judaism is a TINY religion, one of a handful of tiny “Abrahamic” religions. Xianity and Islam, by contrast, are the BIGGEST RELIGIONS IN THE WORLD by an enormous margin. Calling us “the big three” would be like calling the big three militaries of the world as the US, China, and Luxembourg. It makes NO fucking sense. Except that it does, because the point of this is that Xianity and Islam are both derivations of Judaism. They couldnt exist without it, and their claims make no sense outside of the context of the Tanakh. Referring to us as one of the “three Abrahamic Faiths” is not because we are a big or noteworthy religion, but because they need our narrative for theirs to make sense. More to the point, they need control of our narrative. In Xian theology, THEY inherited the Tanakh, religious truth, salvation, and righteousness: NOT Jews. Its part of a pattern of treating us as a subservient group.

The last one is much more pertinent to Pagans, Wiccans, Athiests etc than actual practicing Xians. You especially see this one in Norse Pagans and Athiests. Its the sentiment of “Abrahamic” as a synonym for war-mongering colonizers. For Pagans, it’s the narrative of Abrahanic religions forcing their way into Europe, persecuting pagans and witches, etc. For atheists, it’s the often repeated factoid of “most wars have been started by religion,” which is often paired with “Abrahamic” religions. This is a clear cut case of “don’t fucking say religion when you mean Xianity.” Except with the nuance of “don’t fucking say Abrahamic when you mean Xianity and Islam.” Did Yazidis colonize Europe? No. Did Samaritans start most wars in history? No. Did Gnostics colonize the Americas? Nah. Neither did Jews. The fact is, there’s only been one period in ALL TIME when Jews fought a war about religion, and it was to REMOVE colonizers oppressing us IN OUR OWN COUNTRY because they had made our native religion illegal and were killing us. That’s also the only period in history when Judaism actively sought converts. It lasted <200 years. By contrast, Judaism and Islam DID start dozens of wars over religion, conquer enormous swaths of the planet in the name of their gods, and oppress and kill religious minorities under their control. It’s antisemitic and totally unjust to lump Jews in with them in that context when it’s not true or historical, and when WE ALSO are one of the MAIN groups who were killed and oppressed by Xians.

Let me just head this off with an inb4: the Israeli-Palestinian conflict is NOT a religious conflict, it is a NATIONALISTIC conflict about land. It’s also not “part of an ancient clash between Isaac and Ishmael” or some shit. The British Empire in the last century promised the same land to different groups while they were busy stealing land and oil and canal rights, then peaced out leaving a huge mess. It’s not about religion, as evidenced by the fact that MOST Israelis are not religious and many religious Jews don’t support the state of Israel.

No I/P discourse on this post because it Is Not Relevant.

And to my Canadian Jewish friends, a happy Shavoot!

Posts I’m Wanting to Work on

> Correlations between the 4 archangels and be briefly their relation to the throne of G!d

> Circle-casting in a Jewish context

> Halahically-permissible objects of an ‘altar’/workspace - and a bit about the history of altars in Judaism (and maybe a separate post on common aspects in altars and Jewish symbolism that could be used/involved?)

> The Elements in Judaism

Does anyone else have topics they’re interested in/want to know? No guarantees!

Sitting in the back of shul <<<<<<< muting your zoom video

Today is Shavuot. This holiday celebrates Israel receiving the Torah at Sinai. In the oral Torah, aka the Mishnah, there is an important teaching, one of my favorites because I think it encapsulates the essence of Judaism.

“Rabban Shimon ben Gamliel said, ‘The world stands [depends] on three things: on truth, on judgment, and on peace; as it is stated: Execute the judgment of truth and peace in your gates [Zech. 8:16].’” -Pirkei Avot 1:18

You can’t have peace without truth and justice. George Floyd’s murderer needs to be arrested, tried, and sent to prison.

#.txt, #jumblr, #not to mention the ashkenormativity, #this wasnt supposed to be a massive class analysis bc i just woke up, #ok 2 rb
5 notes · See All
n2qfdText

So i think I’ll stay up 1 more hour for Shavuot study and then my spoonie ass is going to bed.

I can only push myself so far. I’m just happy I was able to stay up this long.

happy shavuot to the copious amount of lactose intolerant jews only

So it’s 2am and this rabbi has spent the past two and half hours explaining the history of how Jews became Jewish in such a way that clicks perfectly with how I view the connection between history, science, and scripture and how adaptable it is and in a way I’ve never seen anyone else do it and I wish this could last forever but i must go sleep now

#anyone wanna hear it tomorrow?, #jumblr, #shavuot
27 notes · See All
Next Page