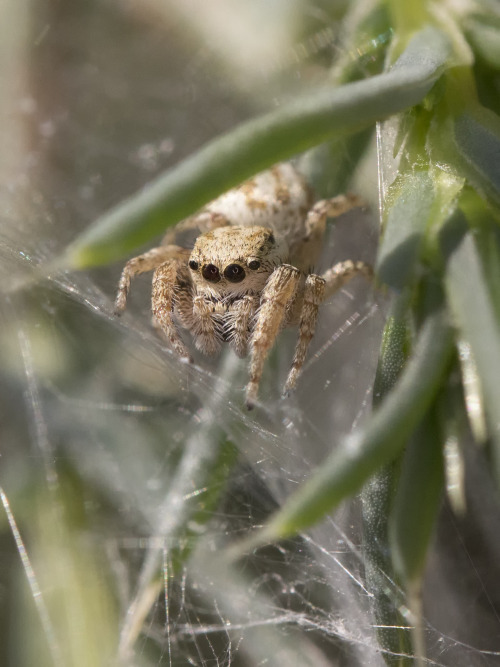 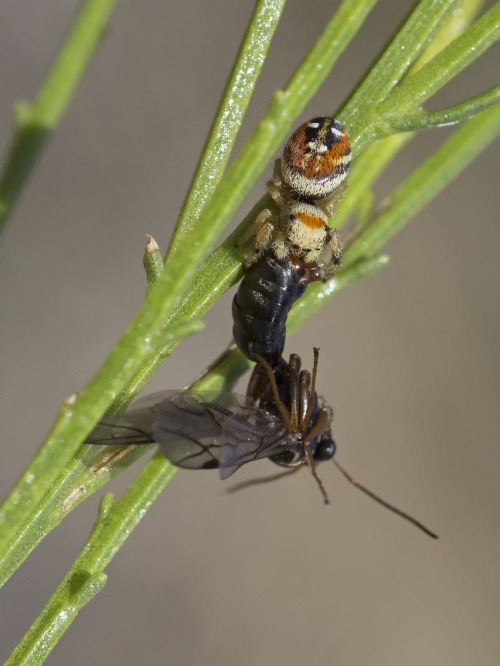 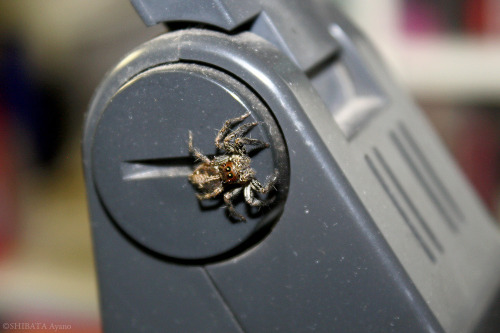 I may have talked about this before but, with all the new Covid gardeners, it won’t hurt to repeat myself.  When petunia blossoms dry up like this, it is good to pick them off because it stimulates new blossom production:

She kept coming back. Most migrating hummingbirds stay a day or two before migrating on towards Central America:

Excuse me but I believe you are in my seat:

Some days it is exhausting being a Silverback:

The Red Menace disappointed that it was just me with a camera instead of my wife:

Burgers for dinner. They were out of wood chunks at the Home Depot but they had a bag of “mini logs” … I may have found my new favorite source of smoke:

This is a great Spanish red. Spanish wine is reasonably priced and, like Italian & Portuguese wines, it is made to go with food:

Went back to the botanic garden today and the jumping spider caught a spider of equal size and was eating it. Last time they had a bee. I wonder if they might be gravid or going into a molt since their abdomen is huge and they’re obviously slamming food.

When I put a food into her enclosure today, she made two unsuccessful pounces for it… promptly gave up and marched back to her pocket… And started webbing REALLY vigorously. 😂 Between the small scale everything and the not-100% translucent enclosure it’s hard to see, I know. The included video still comes across as a blurry speck in motion… But honestly look at that blurry speck GO. It makes me wonder if premolt is nigh…? I kinda hope so. I will consider it a point of pride once she’s molted under my care~ Also, enjoy the differently-exposed shots of her. I’ve been trying hard to get my phone to take some kind of semi-decent macro shot of her, and still need to try again with my actual-camera. At this rate, I’m wondering if I will have more luck temporarily taking her out of her enclosure for a ✨ photoshoot✨. Like on my dead fern stem, again. She liked that stem.

@lady-feste-pendragon​ submitted: Decided to do a picnic under a pine tree at work. Shared a bit of boiled egg with some ants and found this lil friend tangled up in my hair when I went back inside! I think it’s a tan jumping spider (east Mississippi). They were good enough to pose for some pics before I took them outside and released them in the grass

A hair friend!! What a fun discovery. I’m glad they were rescued from your hair and not accidentally smooshed. What a beautiful model! Those eyes!!! Adorable. I love them. And yes, it’s a tan jumper :)

Jumping spiders need to keep their faces and eyes clean and clear!

Peter may not have pedipalps, but he still has instincts.
After a really big meal, a mild web mess or other unpleasant (but not unsanitary) mess on his face and/or fingers, sometimes he goes into a bit of a trance and begins a cleaning process.
Light nipping at the skin, tiny mlems, all very quiet and un-obnoxious.
But, when someone sees it for the first time…it’s kinda weird.
Cue Kit’s OC, Harlow Miller, featured here, judging quietly.
Peter can’t help it, he’s gotta keep those scopulae clean and sticky!

Spiders will eat their webs if necessary, “recycling” them.
Webs are pure protein, so it’s perfectly fine for them to ingest.
Now this doesn’t mean Peter just randomly eats his webs all the time; NO.
He’ll only do this if he has to, such as webbing getting stuck on his food or fingers.

In short, if you’ve ever seen a spider nip it’s little paws clean, think of that, but with Peter.
Without…mandibles or pedipalps, and NO HE DOESN’T LICK HIS FEET.
I can see him rubbing his feet together a bunch though to clean and wipe them, maybe rub them against his pants.
Again, the scopulae gotta stay clean ;w;

I feel like before May found out Peter was Spiderman, it probably drove him NUTS suppressing so many instincts!!
No cleaning, no jumping, no webbing, no hanging upside down or wall crawling, not using his reflexes, ugh.
Once the secret came out, he probably felt so free and so much better!
What an experience for May to get to know her nephew all over again though, not to mention the extreme trust issues she’ll have with him after that >>’

Anyway this was a LOT of fun to draw, it was actually rather easy and relaxing :)
It was also a major excuse to draw hands and fingers and get in some practice.
I’m getting a lot more confident with that.
My favorite frame is the one of Peter from the very front, wiping his eye.
I love how his face and hair came out, i feel like i nailed the angle and am satisfied!
I also am happy with his throat and jawline in the first two pics!
Not tryin'a brag, i just want to acknowledge what i like. <3 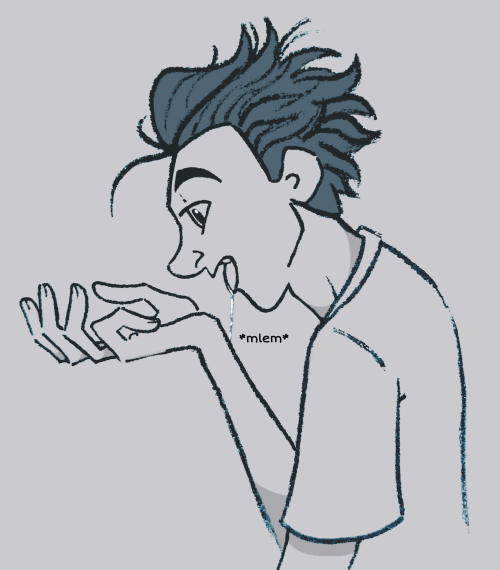 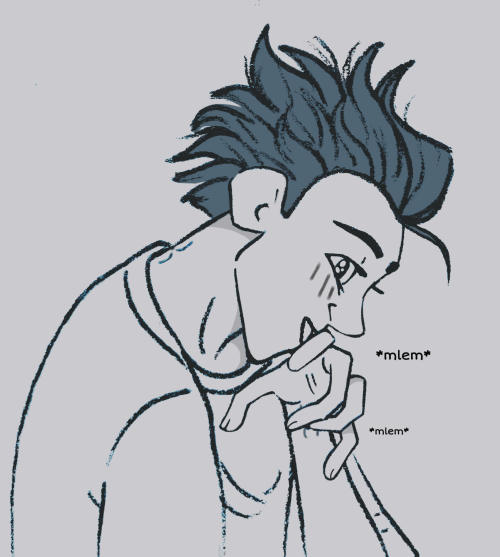 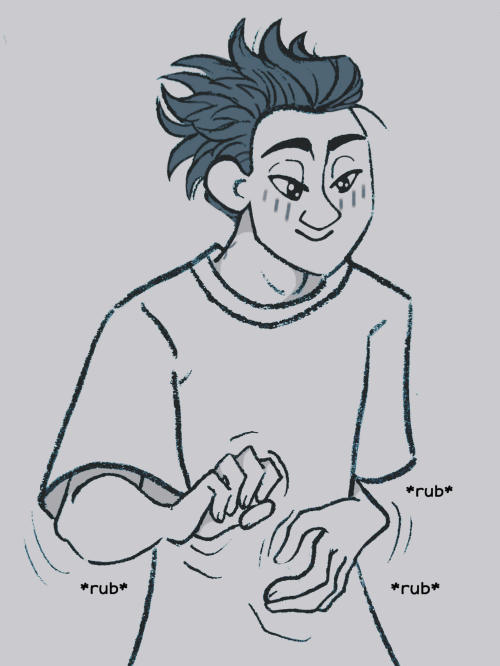 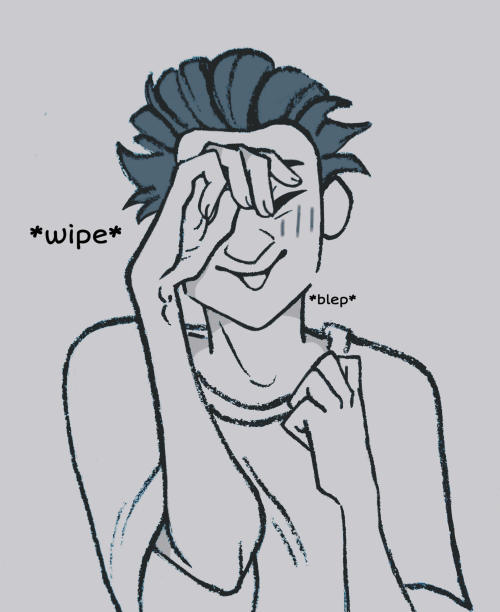 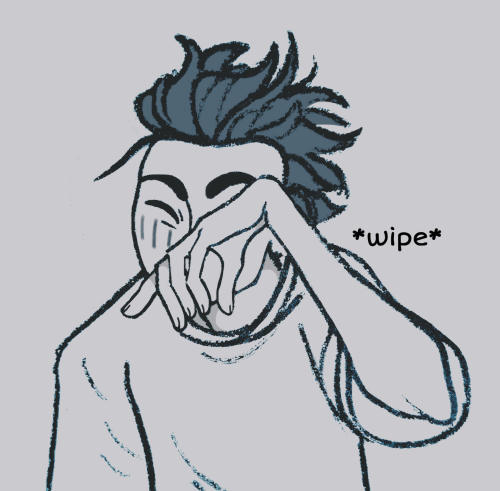 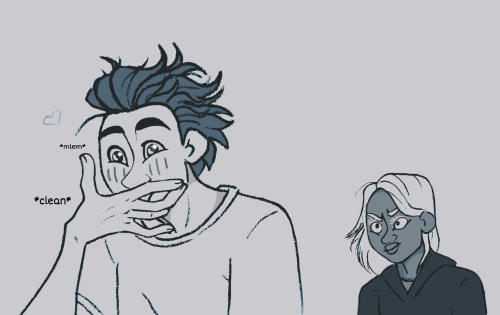 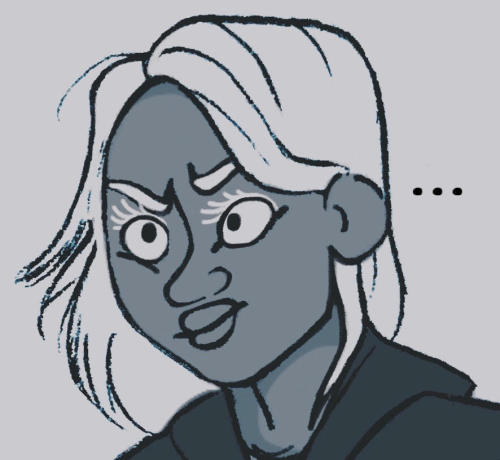 Okay, I need some names for this little black jumping spider we have in the front garden he jumped from his original plant he was in to a bigger plant, he has two little horns of hair sticking out of his head, he has really pretty green holographic looking teeth, he has two or three orange dots on his little fat butt, and he also has a few white hairs sticking out around those dots. I was thinking of some Halloween type names for the little cutie, idk if it’s a female jumping spider or a male jumping spider so just names for any gender.

I was thinking of Alchemy??

@twixtweetster​ submitted: Met this lovely after they crawled on me while I was waiting in line for Top Thrill Dragster. Cedar Point, Sandusky, OH.

When I escorted them to a safe place on the ground, they pounced on an unlucky bug who landed at the same time as I set them down. It was marvelous to watch!

Wow! Impressive photos of a tiny dude and its prey. Glad they had a nice meal. RIP, other bug. Your friend looks like a tan jumper, if you were curious :)

I’ve never actually drawn spiders before. I did a study on jumping spiders just because they’re adorable and nobody can tell me otherwise. Look at those beady eyes.

Artwork is mine
Do not steal blahblahblah 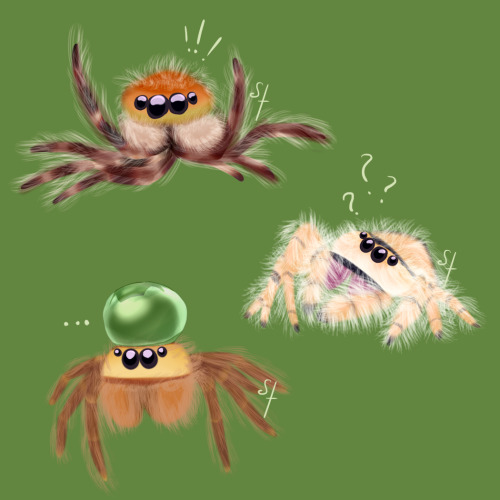 The pole beans in the backyard garden are starting to make:

Artie for short~ I’m committed to her, now. She made a teeny pocket of a house and now I’m in it for the long haul. 😂 I’ve included blurry video and a picture from her Sept. 13th feeding. One day she’ll be big enough for my phone to register her as more than a blurry speck holding another blurry speck, but we’ve got a ways to go before then. I’m also going to be playing with my actual-camera to see if I can get a better shot of her that way. Full disclosure I don’t know 100% that Artie’s a female; I don’t know what species she is and she’s just way too small for me to make out clear features that could clue me in. I have suspicions but I’m honestly not gonna be able to get a clearer idea until she’s larger.

#i, #am now declaring myself a, #jumping spider, #mother~~~, #i hope i can do well by her, #i kept a mantid for like 3 months when i was a CHILD so I'm hoping that this will be accomplishable?, #I've had her for 2 feedings already so i think it's going well, #my confidence will probably be better once she's successfully molted under my care
1 notes · See All
owlways-sleepyText

Don’t repost or use

well i am shy….but look at how pretty my butt is

HUGE and FAT and ROUND phidippus audax!!!! she is nearly a whole centimeter big. incredible