#just chillin, #i hope you are well
0 notes · See All
iwritefirmVideo

(Send me some asks ppl!)

I think I’ve said this before, but you’d have to ask the creator about that one.

Dean Jr. is actually a clone of the original Dean made by Sam out of grief in the wake of his brother’s untimely (and all too understated) death.

- Sam is alone and in central focus in most of the shots with Dean Jr. following Dean’s death and Sam’s life afterwards while others (presumed to be Sam’s new family/wife) are in the background. They aren’t important because most likely, they aren’t part of the same narrative that they are.

- Sam and Dean both have basic medical knowledge thanks to the hunting game and their parents, but in retrospect, they have more extensive cryptozoology and dark/light magic knowledge, plus The Men of Letters bunker and it’s library (as well as Bobby’s) in their possession (or Sam’s), so it wouldn’t be a stretch to say that Sam might have found a way.

- Sam wears Dean’s ring on his wedding finger, perpetually signalling to us (the audience) that he’s most likely still single, yet he had Dean Jr at some point. Given Sam’s personality, he would never take a kid from their mother and it’s unlikely the same thing happened to him that happened to John where his wife either died or left.

- Sam knew that his life, without Dean in it despite being the more likely one out of the both of them to have and keep a family, would be incredibly short, as he depended on Dean for a lot of things that went unaddressed in the previous seasons and got covered up by Dean’s various issues and of course, the monster of the week they were facing/killing.

- To Sam (and many, /many/ others), Dean’s death was unfair and unjust. Dean didn’t deserve to die, not in the way he did. The man that loved him had been sent to hell (totally could have had him find a way to ‘raise’ him BTW writers), his pseudo “son” had been reclaimed and he was left with nothing, yes, but that was no reason for a rusty bit of fucking rebar to take no mercy. Sam knew this, all too well.

WHAT MAY HAVE HAPPENED:

Samuel Winchester, a man alone in his grief and on the verge of suicide after his older brother’s passing and funeral (if there was one), puts his almost-lawyer hat on in the vestiges of his clouded mind and decides that Dean doesn’t deserve a legacy like this. He doesn’t deserve for his story, the tragic, horrible and bittersweet story to end here, so he resolves to fix it in any way he can. They’ve brought people back before, there are multiple ways to go about it, he can do it, if not for himself, than for the good of the hunting community.

He does what he has done best throughout the years when Dean was by his side, reseach. Researches and researches (sometimes he doesn’t sleep for several days in a row) until finally, he finds a way. It’s either though a demon (possibly) or a ritual (more likely) found in some tomb or book or something along those lines (Sam is desperate and more broken than he has been in years at this time), but he collects what’s needed and inacts the next thing on a very long list accumulated over the years that could possibly kill him and somehow, someway, it works.

Once the smoke clears, in place of everything, there is a baby boy, just sitting on the ground and unharmed. He’s dressed in a set of blue overalls, babbling and curious as he aims those familiar green eyes land on Sam and the man melts, weeping as his chubby little arms reach out for him.

On the front of his chest, a name is read: D E A N 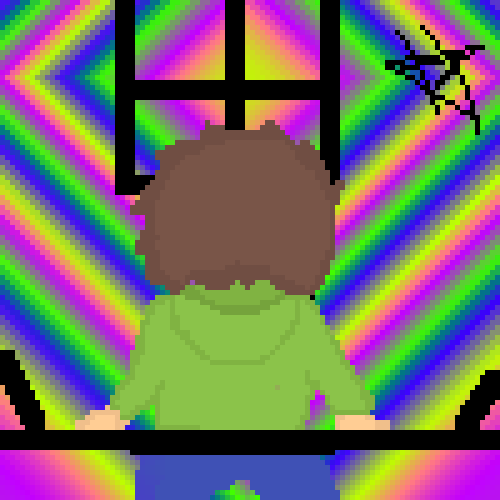 If we could just chill for the rest of our lives and worry about nothing.