#nerd speaks, #nerd of the blog, #overhaul, #kai chisaki, #NOT MY FAULT HIS VOICE IS FFFFFFFF-
3 notes · See All
overhaulogyText

i have essays due tomorrow…..

The day was hard for little Eri. She had another nightmare and stayed up with Kurono until he had to be called for a mission. Sometime during the evening she injured herself, scraping her knee on the concrete. Luckily Hari was back and bandaged her knee. Kai was thankful that her crying had stopped.

Later that night Hari was unexpectedly called for a mission. Eri hated that he had to leave but understood the reason.

The loud noises coming from the dining room made Eri turn in the other direction.

It had been almost a week since Eri had arrived. She hadn’t met the rest of the Yakuza members, only Kurono and Nemoto.

The maze that was the Yakuza base made Eri feel scared. She didn’t know where she was and everyone else was either eating or on a mission.

Deciding to stay put instead of continuing to get lost, Eri sat down with her back against the wall. She pulled her knees up to her chest and wrapped her arms around them. Then burying her head in them.

She stayed there for a few minutes, hoping that Kurono would come back.

Eri heard footsteps approaching and stop in front of her.

Eri looked up to see Kai in his normal cloths. Black button up with a white tie, black jeans, and white gloves. He wasn’t wearing his jacket and plague mask. Instead he wore a simple black mask.

She started to say a few more words since the night at the lab. She didn’t see Kai after that until now.

Eri stood up and looked at Kai. She was hoping he would show her the way back to her room.

“Have you eaten yet?”

She did as she was told but had a hard time keeping up. One step for him was almost 3 steps for her. Seeing she was struggling, Kai slowed down a bit.

They past the other Shie Hassaikai members who were still yelling at each other over a game of poker.

As Eri walked past she snuck a peak in the room to see if she could spot Kurono.

Looking away with a frown she continued to follow Kai.

That frown however changed when she realized they were going the way to her room. She could finally end the long day laying next to her stuffed unicorn.

When they were next to her room Eri stopped walking and waited. She was too small to reach the door handle so Kurono would open it for her.

Kai stopped walking when he realized Eri wasn’t following him. He turned around and gave her a puzzled look.

“Dinners this way.” He said before continuing his walk. Eri hesitated, looking at her rooms door, before running after him. After a few minutes of walking, Kai stopped in front of the shoji sliding screen.

It was a traditional shoji, the screen being made from washi paper. The paper was stretched taut over a wooden frame.

Kai slid the door to the side and flicked the light on in the washitsu. A Japanese table was placed in the center of the room with four leg-less chairs. Beneath the table and chairs were tatami mats.

“You can stay here if you want. I’ll be back with dinner.” Kai walked a few steps past the washitsu before entering a different room.

Eri stayed in the room a little while but eventually she was getting bored and tired. She left the room and entered the room Kai went in.

Pots and pans were on the counter, each waiting to be filled with different ingredients.

Kai started on Miso soup with root vegetables. He had decided to add aburaage to the soup too. The rice was already cooking so Kai worked on the meat. After coating three pieces of meat in bread crumbs he put them in the pan that was heating oil for them to fry.

Once the it was done he poured each meat on a bowl of rice. Then when the miso soup was done he pour it into three bowls. He put the Katsudon and miso soup onto a tray. There was another tray that had tea kettle and three yunomi cups.

Kai looked down at Eri who was eyeing the meal.

Eri complied and waited patiently. Kai on the other hand was cleaning the dishes he used. He was almost done with the last one when a voice behind him spoke.

Hari smiled as he took one of the trays and left. Kai took the last tray and followed behind.

When he entered, Eri was smiling wide at Kurono who was putting the tea kettle on the side of the table.

Kai set the tray down and started to place the bowls on the table in front of the person. Hari poured tea and three began to eat.

Hari helped Eri with her meal since she hadn’t learned how to use chopsticks.

Eri was starting to feel frustrated when she couldn’t pick up a piece of chicken. Hari told her that its ok and asked her if she wants to use a spoon. Eri nodded so Hari went to get her a spoon.

Eri had finished her dinner first since she had a smaller portion than the two teenagers.

When they were done Kai took the dishes and left the room to go clean them. Hari was about to go help when Eri leaned her head against his side, struggling to keep her eyes open.

Hari carried Eri to her room and laid her down on her bed. He pulled the covers over her before giving her the unicorn plushie. She instantly held it to her chest and closed her eyes.

Hari left afterwards, leaving the door cracked open so she would have some light.

The teen made his way back to where Kai was, hoping that Kai didn’t have to clean everything all by himself.

When he entered the private kitchen room, Kai had already finished the dishes and was making his way back to the washitsu.

“I didn’t want you to clean everything by yourself.” Hari explained.

Hari paused, waiting for Kai to finish. When he looked back at Kai, Kai was shifting nervously. It was subtle but it was there.

Hari smiled, knowing what Kai was wanting to ask. “Yeah. I’d like to.”

Some more bed time headcanons cause I can. This was also sitting in drafts collecting dust

- He would probably sleep in some sweats, and a white tank top

- She would sleep in maybe short shorts and cute graphic shirt

- literally the only one with a reasonable bed time

- He’d make both of you do a nightly ritual of brushing your teeth, washing your face, and getting changed

- Before bed he might discuss with you about tomorrow or how your day was.

Overhaul: I didn’t want to kill him (Magne), either-

Kai Chisaki but he looks more like in manga + maskless edit 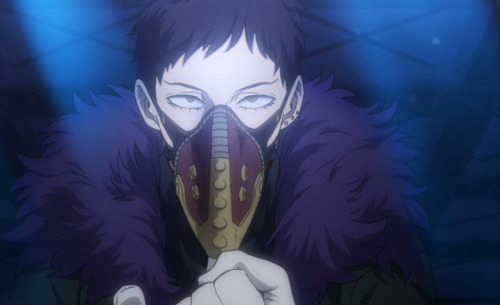 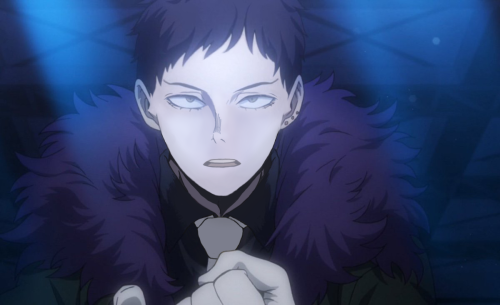 When Covid first hit, Overhoe was responsible for the TP shortage.

pretty bad boys (based on atonement)

- he’d definitely call you babe when you’re together. He refers to you as babe more than your actual name.

- he’s not one for sentimentalities

- She’d call you darling, sweetie, baby all kinds of stuff

- “You’re very important to me, angel”

- man is classy and he sticks to classy names

- He might refer to you as my love, darling, angel

- Really nice and sweet names that leave you blushing

- He will only refer to you by these names when you two are alone.

“A goal with no plan is called a delusion.”

overhaul is too mean for a crybaby s/o 😭

he just gets so worked up, baby. he doesn’t mean to snap at you!!

you get all dolled up for ‘im & he shoos you away because he doesn’t have time for distractions. but he doesn’t mean to neglect you!! he’s just busy, pretty.

and one day, you just break down—it’s been weighing on you for a long time—does chisaki not want you, anymore? 🥺

You know I like this fluffy nonsense. Gif credit: alinok

- My guy is nervous as fuck around you

- Your the only one he’s vulnerable around, and that’s pretty scary for him

- This guy is a total hardass even to you sometimes

- His grip is very firm on your hand but not enough to hurt. Just enough to make sure you don’t try to take your hand away

- If he’s nervous, jealous, or angry he will hold onto you tightly to the point it’s uncomfortable

- She loves to hold onto your hand all the time

- When you two are just walking together, or just hanging out she has her hand locked in yours

- He just loves being around you and becomes almost dependent on you.

- Compress is a total gentleman and loves holding your hand

- “Dear, give me your hand for a moment”

- He really is pretty theatrical about holding your hand too

- Taking hold of it and then giving you a light kiss

- The embodiment of longing and wanting touches

- He will rarely fully hold onto your hand

- Only just holding on near the end of your fingers

- But his hands are soft as fuck when he doesn’t have his gloves on. Have you ever worn mittens and taken them off and felt how nice and soft they were

- Have something your worried about?

- His hands probably long, and slender with small callouses along his palm

You guys have an illness. And illness must be cured. 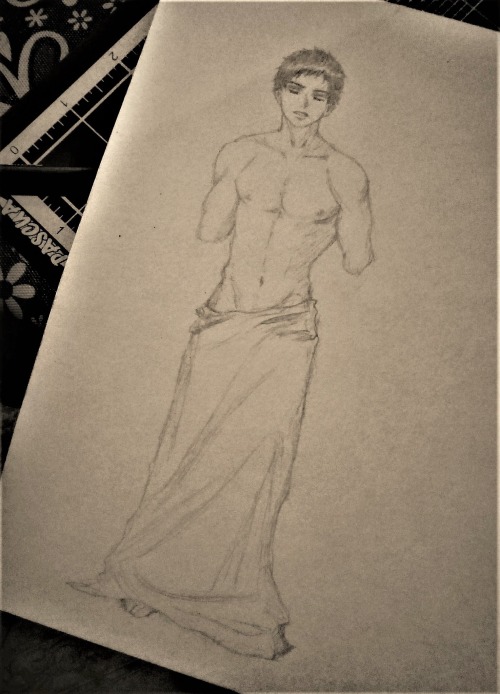 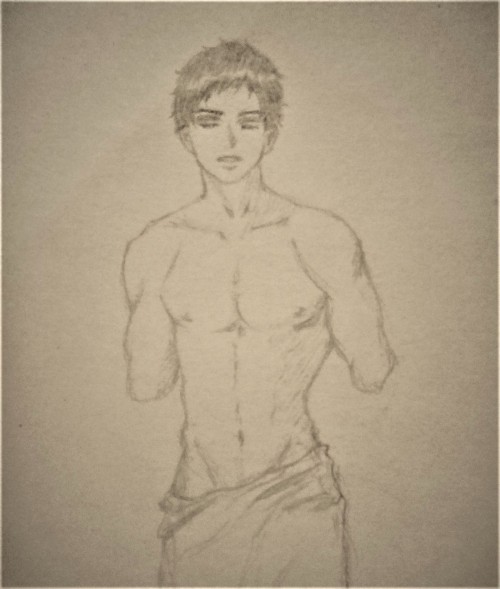 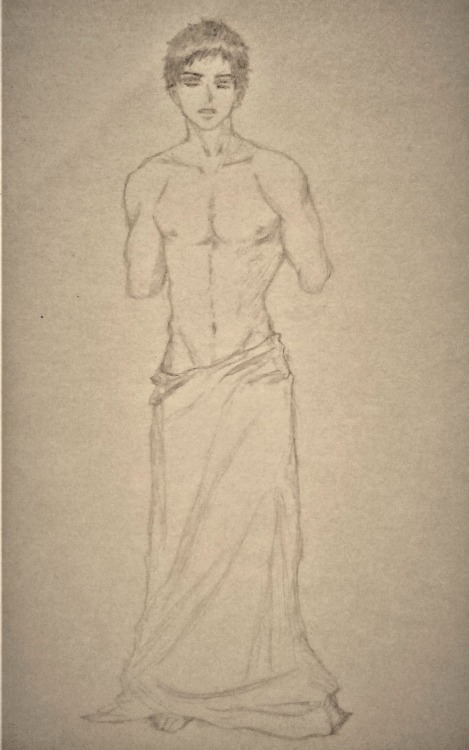 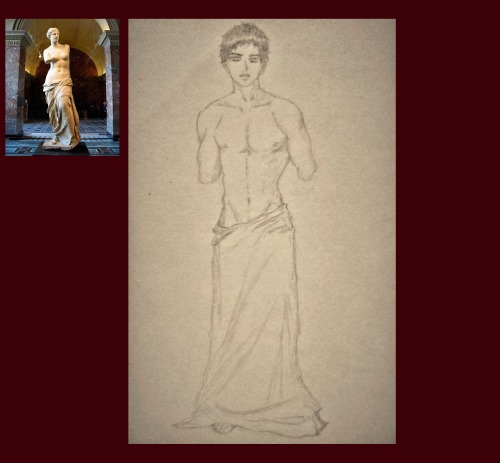 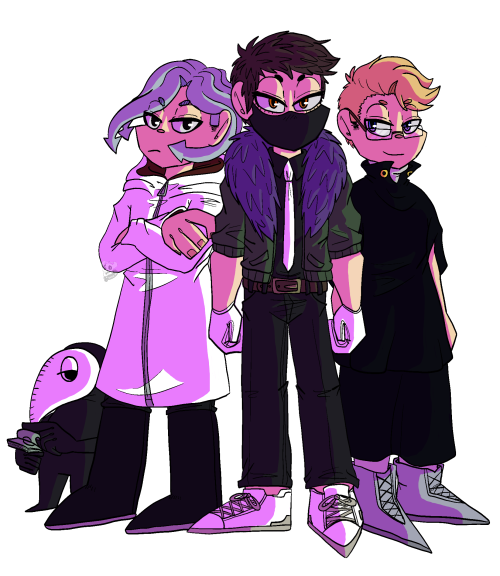 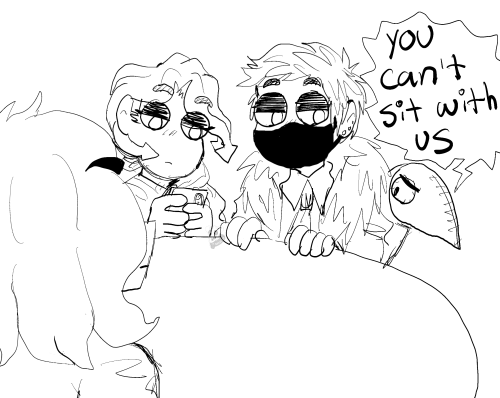 The Nakamura Timelines
by Risahime95

What would happen to Kai, Shigaraki or Hawks if they were taken in by someone else instead of those that took them under their wing?

Series: Part 1 of The Nakamura Timelines 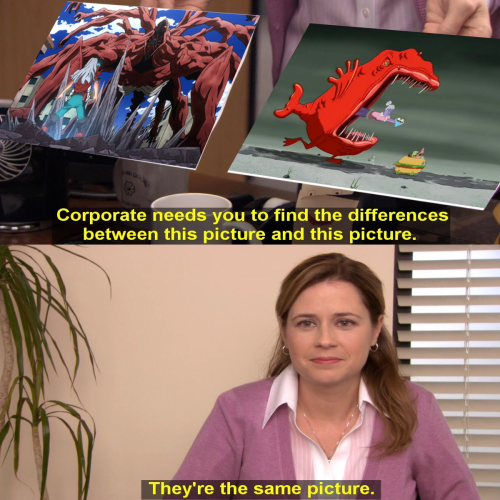 #bnha, #bnha shitpost, #kai chisaki, #eri, #midoriya izuku, #spongebob, #i made this cuz my friend is watching season 4, #and she got to this part, #and i was FINALLY able to pin down what this reminded me of
32 notes · See All
Next Page