Jounouchi wrapped his lips around the cigarette and inhaled, sucking the tar and nicotine into his lungs. Beside him, Honda fidgeted as they waited for their target. As he pulled the smoke away from his mouth, a black town car pulled up to the curb as expected. Quickly, he nudged Honda and pointed across the street.

The driver, wearing a proper uniform and cap, emerged first and rounded the vehicle to open the back passenger-side door. Several seconds later, a neat head of chestnut hair peeked over the top of the car before a tall teenager in a starched white school uniform. The teenager stepped out onto the pavement, allowing the driver to close the door behind him. As the teenager started to walk away, the driver dipped into a low bow. He remained in that posture even as the teenager rounded the corner without a single glance backward.

Jounouchi grabbed Honda’s elbow and pulled the other boy along. “Let’s go.”

#fictober20, #violetshipping, #puppyshipping, #kaijou, #my fanfiction, #the second scene is probably a lot stronger than the first, #but you gotta set the stage sometimes, #yugioh
14 notes · See All
alectoperditaText

“After hearing the bang, the witness captured a photo of that moment."

Gozaburo snapped his fingers, and a new image popped up on the display screen. The photo captured a scene obscured in fog, but even then, there were two dark silhouettes of people standing up on a small boat in the middle of the lake. The figure on the right side had one arm extended as if he was holding a gun.

Dread roiled in the pit of Jounouchi’s stomach even before Yuugi muttered "oh no” beside him.

#fictober20, #violetshipping, #puppyshipping, #kaijou, #my fanfiction, #i'm sorry, #this is my least favorite one to date, #i promise to make it up with tomorrow's, #where we'll go from lawyers to criminals, #at least this confirms to me i'm never gonna try and write a full Ace Attorney fusion, #yugioh
16 notes · See All
alectoperditaText

prompt: “not interested, thank you”
fandom: Yu-Gi-Oh! Duel Monsters
pairing: Joey Wheeler/Kaiba Seto
rating: teen
warnings: misogynic language, one use of a homophobic slur by a douchebag, depicts an incident of sexual harassment at a bar
a/n: Always Female!Seto meets Always Female!Joey under not-the-best circumstances, but it’s unfortunately a common enough experience when you’re a woman.

Seto’s mouth curled in disgust. She didn’t look up to acknowledge the unwelcome intruder now hovering at her side. Reflected in her smartphone’s spotless screen, she caught a glimpse of disheveled blond hair and an uneven five o'clock shadow. He was even wearing sunglasses indoors at night. Seto fought a gag—not just because of the scent of cheap beer and cheaper cologne oozing from his pores. If she wasn’t already gay, this particular specimen alone would have turned her off the opposite sex.

She opened her texts again—still no reply from Mokuba.

prompt: “you better leave now”
fandom: Yu-Gi-Oh! Duel Monsters
pairing: Jounouchi Katsuya/Kaiba Seto
rating: teen
warnings: none
a/n: a random new scene from early on in Exit, pursued by the idea of you and me (aka showbiz!AU)

The house was huge and stunning. He could have told anyone that based on what he saw from the outside. The property must be a recent construction within the last 20 years because it showcased all the hallmarks of modern architecture styles imported from the West.

But as the servant led him deeper and deeper into the bowels of the mansion, the atmosphere soured like vinegar. A dark and oppressive mood pervaded the halls and hung heavy as miasma. On top of that, the sensation of unseen eyes watching and following him further set him on edge. The servant hadn’t said a word since she greeted him at the front door and asked him to follow her. While that wasn’t necessarily strange behavior for the help, as they were most often trained to not be seen or heard, there was something off about her skittish attitude and the way she kept sneaking glances over her shoulder when she thought he wasn’t paying attention.

#fictober20, #violetshipping, #puppyshipping, #kaijou, #fic: Exit pursued, #my fanfiction, #yugioh, #one day i will focus on this au fully..., #one day...
17 notes · See All
alectoperditaText

prompt: “I missed this”
fandom: Yu-Gi-Oh! Duel Monsters
pairing: Jounouchi Katsuya/Kaiba Seto
rating: teen
warnings: none
a/n: no thoughts head empty, have a disjointed continuation of I won’t be home for the holidays | Jounouchi toasts the end of a month-long romance with Kaiba. Or is it?

Jounouchi had never seen Domino City quite like this before: a glimmering landscape laid out far below his feet with dots of lights crawled through urban arteries of freeways and winding streets. From this height, the view was unobstructed all the way out to the bay. Were it daytime, Jounouchi would be able to see the multitude of ships docked in port. But right now, the quarter moon’s reflection was the only vessel floating on the dark water.

Swinging his feet in wide arcs, he craned his head toward his companion and admitted, “You weren’t kidding. This is some view.”

They sat side-by-side, perched on top of the Kaiba’s desk in Kaiba’s old office on the top floor of the KC skyscraper, occasionally bumping shoulders and knees as they passed a wine bottle between them. It was not their first bottle of the night. An empty one laid abandoned on the floor—starlight and city lights pooling where Riesling once sat.

#fictober20, #violetshipping, #puppyshipping, #kaijou, #my fanfiction, #yugioh, #I mainly had an aesthetic in mind for this ficlet, #but I probably failed, #describing scenes and environments is hard...
23 notes · See All
alectoperditaText

Kaiba pried off the fingers encircling one wrist. The hand that once tried to hold him captive fell away, leaving a trail of raised goosebumps down the underside of his arm.

#fictober20, #violetshipping, #puppyshipping, #kaijou, #my fanfiction, #yugioh, #sorry lovelies this is the shortest one yet, #Sunday's monster burnt me out more than I thought it would
19 notes · See All
alectoperditaText

“Wow, will you look at this, Jounouchi-kun?” Yuugi sounded almost breathless in his question.

Glancing up from the Duel Monsters magazine he’d been perusing, Jounouchi nearly had a heart attack when he laid eyes on the centerfold Yuugi was thrusting in his face.

“Goddamn, put that away! We’re in public!” he exclaimed, drawing an annoyed look from the store clerk manning the cashier.

#fictober20, #violetshipping, #puppyshipping, #kaijou, #my fanfiction, #yugioh, #i dunno guys, #i might be burning out a bit, #thank you to everyone's who's been commenting in the post or with tags, #it really helps me to keep going <3, #it's a marathon and i need a little cheerleading sometimes
31 notes · See All
alectoperditaText

“I’m not doing that again,” declared Kaiba, baring his teeth as ferociously as his dragon. “Ever.”

Trailing behind the overly dramatic man, Jounouchi rolled his eyes and quietly shut the green room door closed. Kaiba dropped onto the couch on the other end of the room, immediately crossing his long legs and folding his arms across his chest. He practically radiated displeasure. Slowly, Jounouchi made his way across the room, grabbing bottled water as he passed. Kaiba left enough room for him if he wedged himself between the man and the sofa arm. Which meant Kaiba wasn’t as mad as he claimed, because otherwise, he would have monopolized the entire furniture.

“Unacceptable!” The condemnation rang clear across the entire range, probably loud enough to be clearly heard from the other side of the university sports center. “Try again!”

Arrows whizzed across the range, accompanied by the twang of bowstrings, but the shots and the targets were not what captivated Jounouchi.

nsfw under the Read More

With a tired sigh, Jounouchi crossed the threshold, lingering several moments in the darkened entry to shed his shoes without turning on the lights, and trudged further into the penthouse, resigned to another night on his own. Seto was currently out of town—America, specifically—for business. While Jounouchi hated to think of himself as clingy, there was no arguing with the fact that he missed his boyfriend when they spent an extended period apart.

More likely, Jounouchi felt extra morose this time as their anniversary fell right in the middle of the business trip. They’d talked about it beforehand, and Jounouchi understood that Seto couldn’t help the overlap. It sucked, but they agreed to belatedly celebrate the following week after Seto returned.

The project “dog in heat” is about to complete

Next project “the dog in heat” 😗

congrats to side deck by @alectoperdita for being completed! this specific part from the fic obliterated me 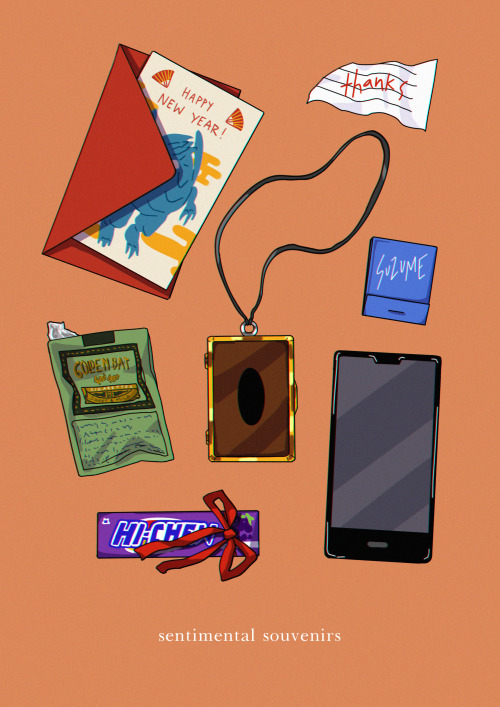 Jounouchi gives Seto some marijuana to help with his nerves and sleep. Jounouchi is his ‘guard dog’ to make sure he is safe during his trip. Seto, being prideful, refuses at first, but then finally decides to go through. Jounouchi comes over every now in then when he knows Seto is overworked and they have a chill session.

the days are getting shorter 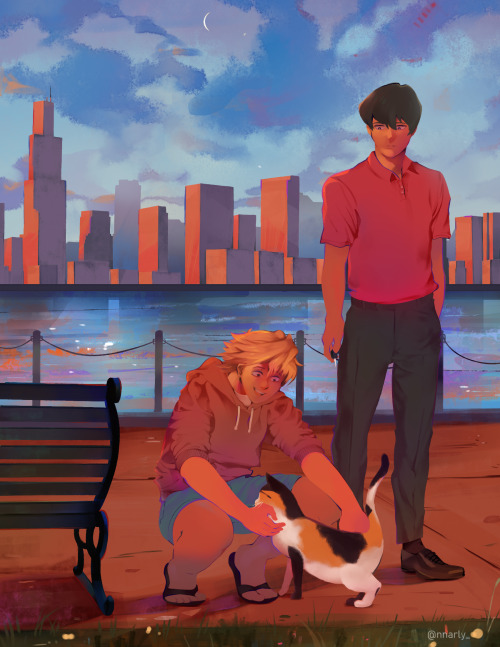 it not only did that, it made Jou have a borderline suggestive dream about Kaiba and Otogi, which is a hilarious coincidence because I am at this very moment writing petship

the dream started out with Jounouchi wandering around Domino feeling sad about Atem, then Kaiba called him up like “I’m at Domino City High School, I have something to show you” and Jou grudgingly went

Kaiba’s limo was parked in the lot, and he said he was at the school because Mokuba was getting bullied by kids in the chess club (lol); eventually I had Jou ask what Kaiba had to show him

now, if you have played AI Dungeon 2, you may have noticed that when you ask a question, characters often do virtually anything other than answer it

in this case, Kaiba answered “I’m not alone, someone else is here with me” and then Otogi was just. there. and started hitting on Jounouchi

just as the scene was getting too ridiculous to handle it was like “you wake up! it was just a dream!” and I lost it

I’m so glad I started over my island to rename it, I got an island in the middle like I wanted AND oranges on the first try, but…….. I miss my KC fit.