oh god, no not another marvel phase like im 11, please, no im begging you 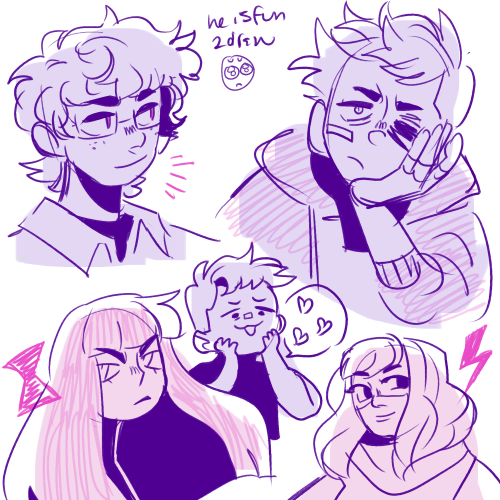 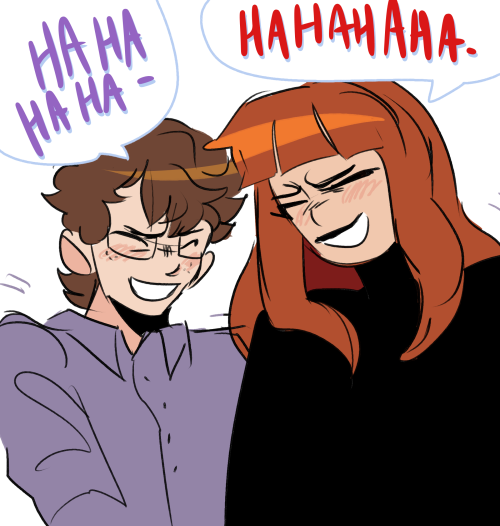 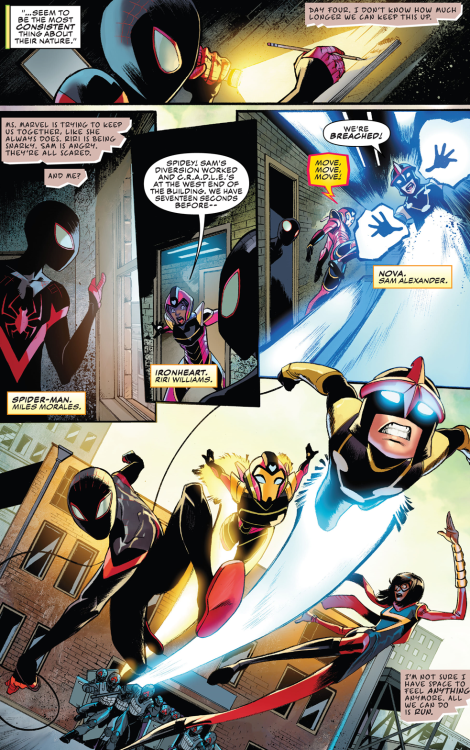 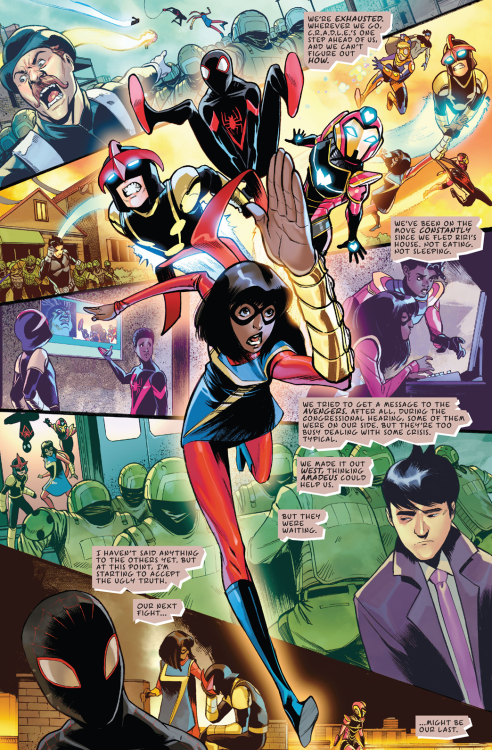 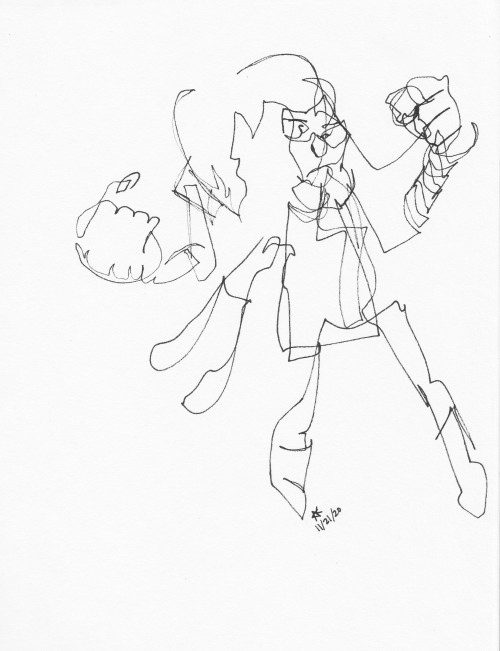 Gwen: Stupidity is a disease and I’m a 14th Century rat.

Kamala: I think you’re deflecting by using jokes about hot you are.

Gwen: It’s not a joke though.

Kamala: Gwen… I need you to be honest with me. Has anyone ever told you they loved you?

Gwen: Do my parents count?

Gwen: Well, yeah, but it sure wasn’t from either of them.

Gwen: C’mon guys, think! How do we normally get out of these messes?

Kamala: We don’t. We just make a bigger mess than cancels out the first one.

Sam: You’ve been giving Gwen a lot of attention lately…

Kamala: Of course I have! She was injured in our last mission.

Sam: I was injured too!!

Kamala: *handing Gwen breakfast in bed* really? You need to go to a hospital!

Gwen: Are you implying that I occasionally stray from the rulebook?

Kamala: I’m implying that you don't own a copy of the rulebook, and if you do, you’ve certainly never opened it.

Gwen: … Actually, if we’re being honest here, I only opened it to put rainbow glitter all over the rules.

Kamala: I’m not even surprised by that.

Kamala: (gently nudges Gwen) Can you move so I don’t trip over you sweetie?

Kamala: Why are there tiny red handprints on the wall?

Gwen: (to Howard the Duck) why are there tiny red handprints on the wall?

Howard: Because my hands are small and I’m full of murderous rage. 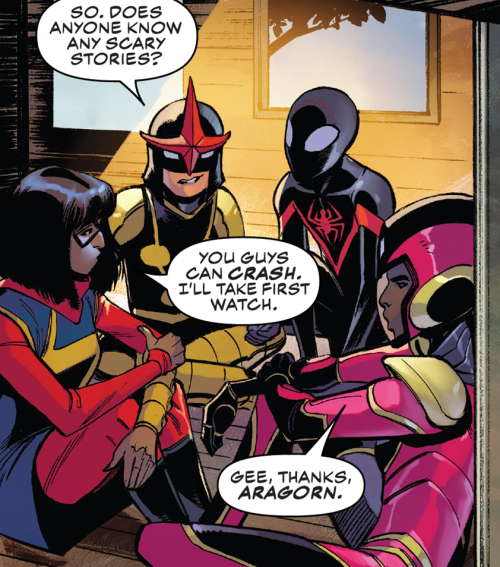 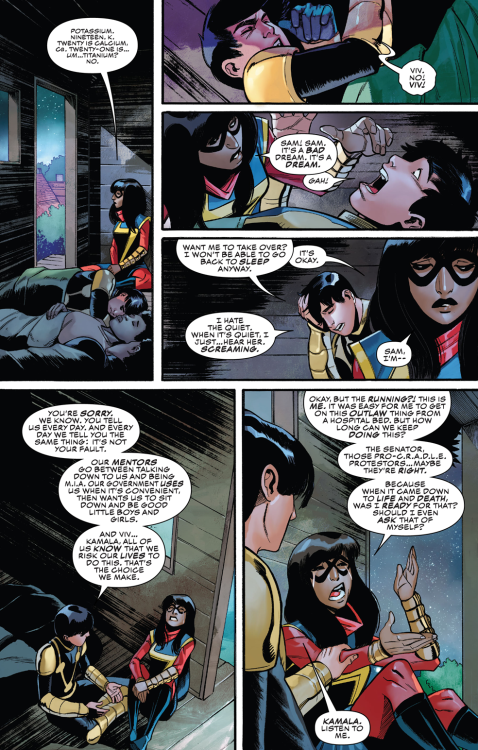 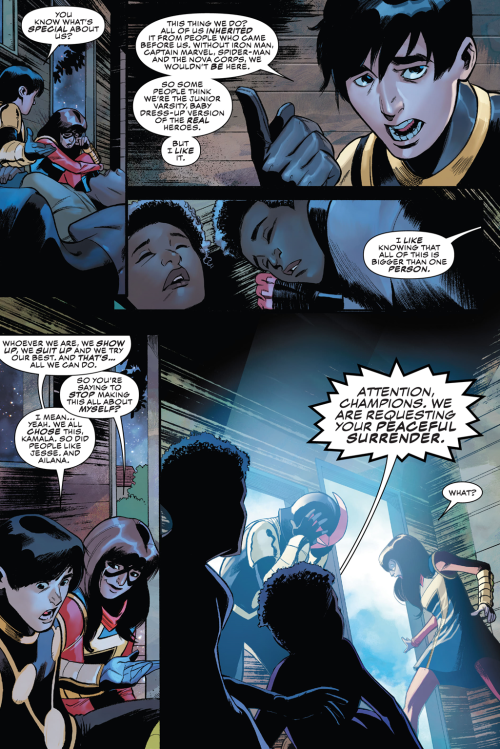 Maria: Did you guys get enough sleep?

Tony: Sometimes my eyes close when I sneeze

Theoretically we could finally have Kamala/the rest of the Champions meet the other members of the O5 X-men, even if it is under these circumstances.

I cant wait. Jean will probably adore the Champions.

#jean grey, #scott summers, #kamala khan, #champions, #wednesday spoilers, #the champions meeting the rest of the time-displaced o5, #was something that the Waid champions really missed out on, #marvel
8 notes · See All
rael-riderPhoto

I didn’t see anyone else posting the pages but regardless of my feelings about the bad New Warriors treatment, this is some good Sam content and shows why he’s a good character capable of giving some inspiring speeches that give Steve Rogers a run for his money.

He gives Kamala a pep talk after she tries apologizing to him and keeps blaming herself for what happened with Viv and C.R.A.D.L.E and it works because Kamala does feel better.

It also ends with Kamala saying the following:

Which really reminded me of this scene from Nova #7 after Rich apologizes to Sam and blames himself for “ruining everything” and for them being stuck in the Cancerverse which prompts Sam to say the following: 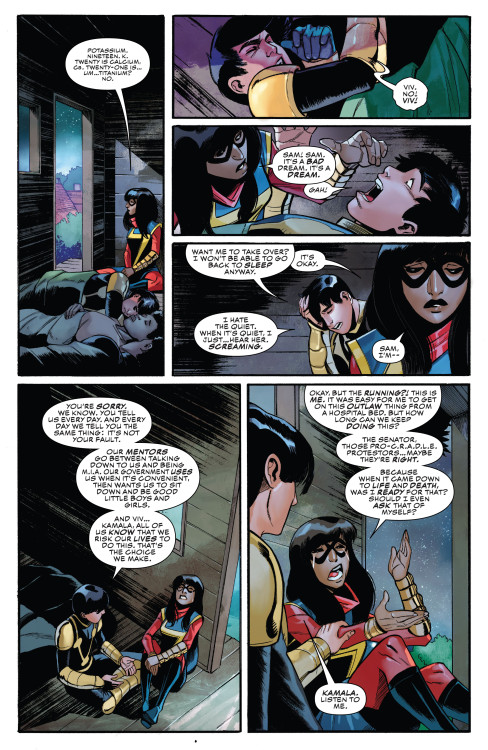 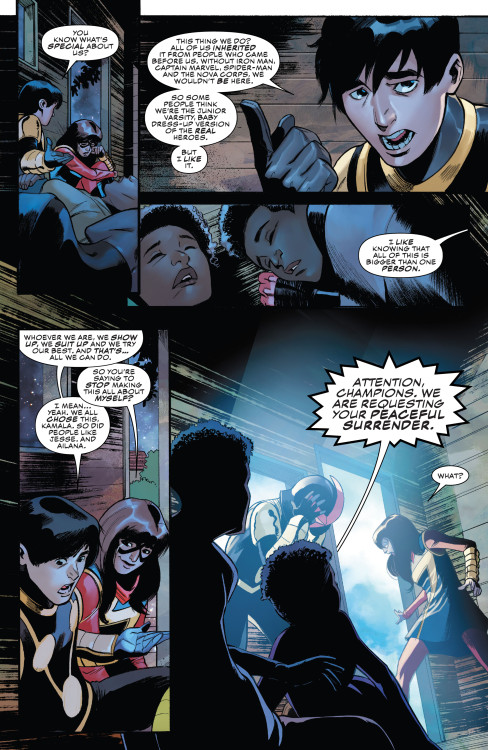 little doob of scott based off @akihiroapologist ‘s post