Ohhhhhhh it’s been so long, I have NO idea how long this has been sitting in my inbox??? But finally answering it :).

Kirikami, first of all, is such a great ship, best bros tm.

1. Kirishima and Kaminari are both really clingy somewhat, and revel in attention/affection. So naturally, it would make sense that they’d both be the types to cuddle constantly. Whatever position is available, couch cuddles, bed cuddles, cuddling in a corner, on a chair, etc etc etc, they just like cuddling :).

2. I imagine both of them being really affectionate in general, and as stated above, both would love receiving attention just as much. With them, it’s always a contest on who can give the most kisses, hugs, etc.

3. The both of them might always start up little silly competitions with the other, anything ranging from running laps/racing somewhere, or eating something/sneaking photos of the other.

4. I’m thinking both kami and kiri wouldn’t be the typed for, more or less ‘aggressive’ foods. Like spicy things. Instead, I feel like they’d both indulge in more sweets :). But also protein too!

5. Kami and kiri both pair up sometimes, during quirk training, and it’s always eventful, and ends with one of them holding the other, laughing.

6. Sometimes kiri’s junior high past self comes back to haunt him, and kami is always there to comfort him, listening to him when needed, and just overall giving kiri a shoulder to cry on. And kiri does the same for kami whenever he starts to feel Insecure about his abilities, or upset about his performances in class that day.

7. Originally, before they got together, kiri and kami both probably beat around the bush a lot, before ending up confessing to each other at the same time :). Totally unplanned of course, but something they’d totally do.

8. I really think that they’re the type of couple to love holding hands :). Kirishima going to grab Kaminari’s hand while they’re walking back to the dorms, kaminari grabbing kiri’s hand when they’re out in public, swinging their arms back and forth between them :)))).

9. Kirishima is defs a hug type of guy. He loves long hugs. And lucky for him, kaminari is there to provide the long, warm hugs he loves.

Overall, kirishima and kaminari both mix very well, and there are many head canons you could make for this pair that would totally make sense, it’s a ship that’s really flexible and works well no matter how you view it. I’m sorry that this took so long to make :)

I had to take a break from the bnha community, and I’m still not coming back to it, besides indulging in sero/jiro posts here and there, because it’s just really toxic.

I may never fully come back to this fandom, and I understand the fact that for a lot of people bnha acted as a starter anime for them, but that doesn’t excuse the negative behaviour I’ve witnessed back when I was still in the fandom, and even now. From people dissing ships that aren’t bad, and have been proven time and time again that ARE healthy(yes I’m talking about bakudeku, don’t you dare diss the ship on my platform, I will go off on you.), to people sending death threats to others over such TRIVIAL matters. what people don’t seem to get is that you can’t just expect everyone to agree with you, you can’t just expect everyone to like the same character, ship, headcanon, etc, as you do. And people who are apparently too dumb or young to understand that other peoples opinions can be different from your own, and that if they aren’t MORALLY wrong, then they’re fine, but those types of people annoy me to NO EXTENT.

So. In turn, I’ll be slowly replying to the few bnha submission asks in my inbox from forever ago. If you originally followed me for my bnha content, and stayed for whatever reason, thank you. But I might not post another bnha post again for who knows how long.

Wowzers, uh sorry this turned into a rant??? aaaaa I was honestly just tryna spread some good kirikami vibes :). Anyways, I hope you guys have a good day, night, afternoon, whatever it is for you, and make sure to eat healthy and drink enough fluids.

For the type of moth I was inspired by the moon moth, or species belonging to the genus Argema, If you want to try to look for some photos on the web (*^.^*) Personally I find them very beautiful and I thought they could match well with Kaminari (´• ω •`) I’m just sorry that I wasn’t able to draw the wings in full due to the limited size of the paper… woops…( ￣д￣)ノ 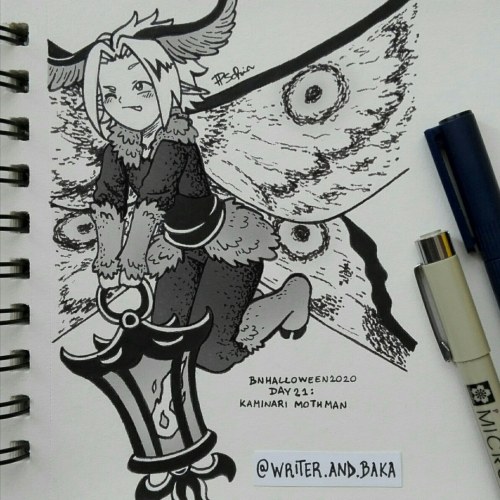 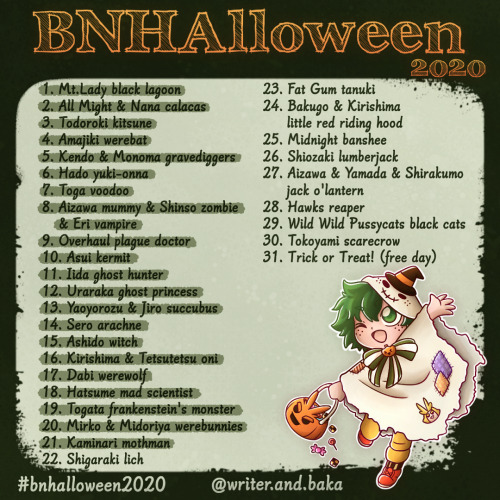 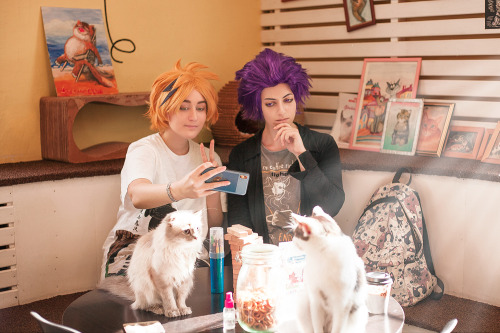 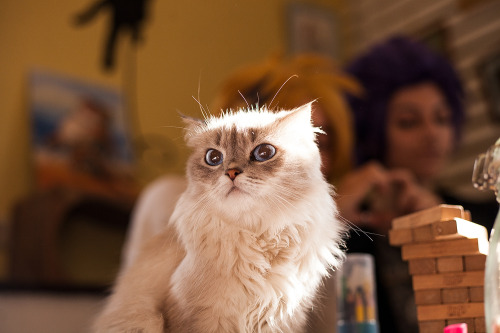 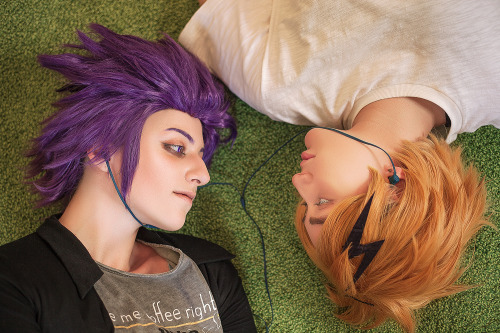 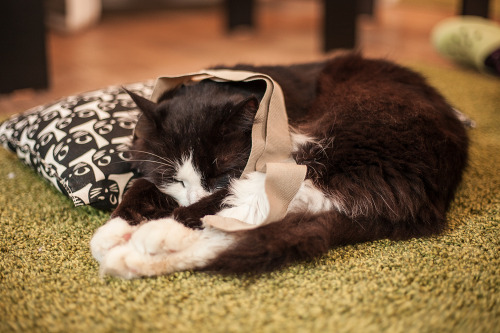 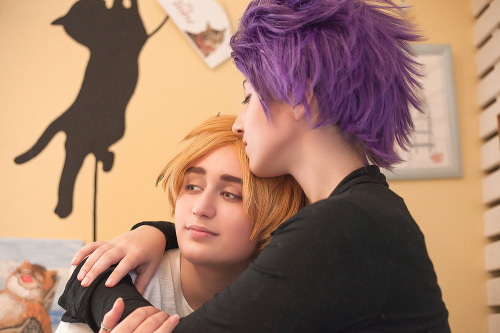 Kaminari canonically calls bakugou kacchan, and not only does Bakugou not seem to really mind, but also these two are gay as fuck and clearly in love, in this essay I will…

…Is showing you his progress with his knitting! 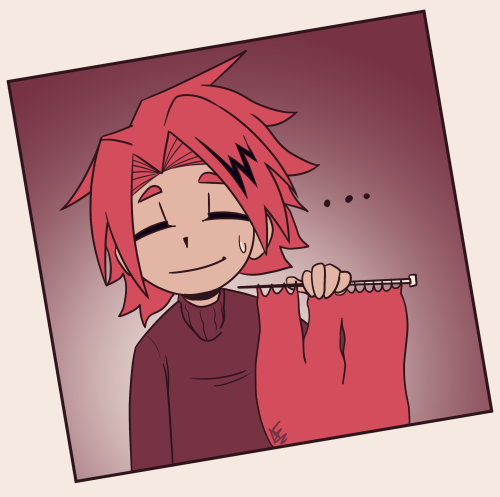 can we also agree if denki was a real person, he’d essentially be ethan crankgameplays? if not ethan then who else bc he’s the first person i think of LMFAO

I am once again thinking about them

#one day I will learn how to draw dynamic poses, #that day is not today, #kamijirou, #kaminari denki, #jirou kyouka, #bnha fanart, #mha fanart
7 notes · See All
oletartsPhoto 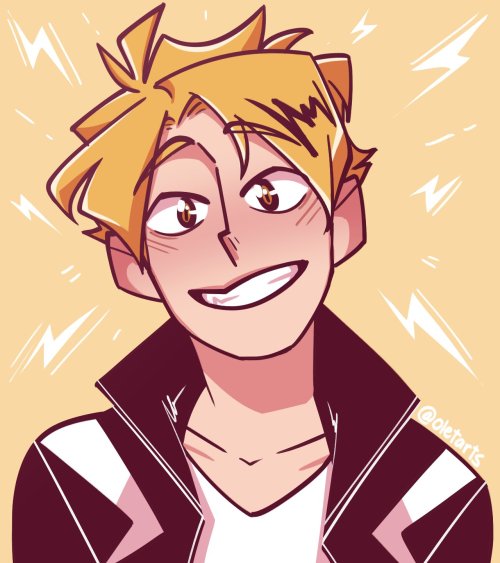 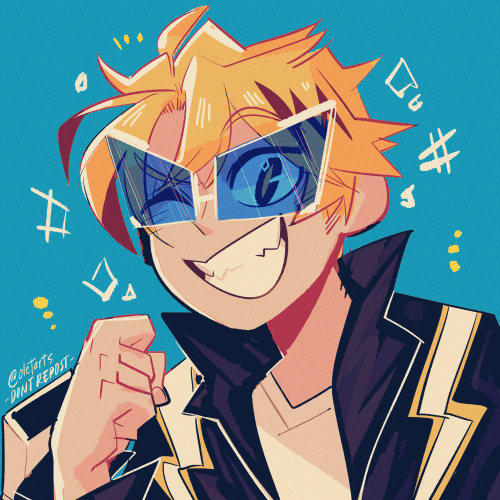 My take on denki’s gender bend 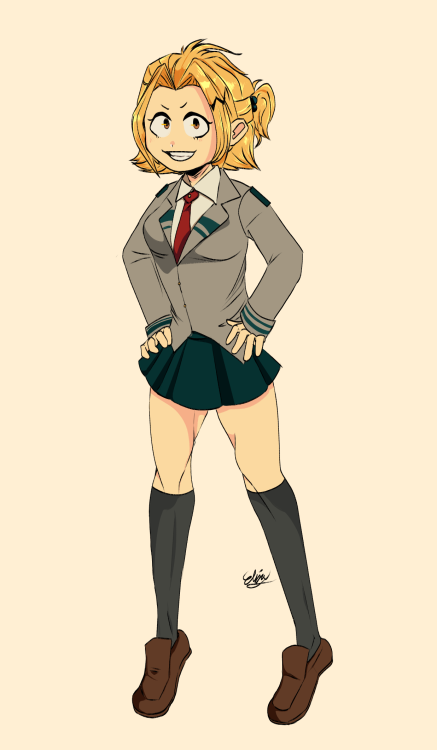 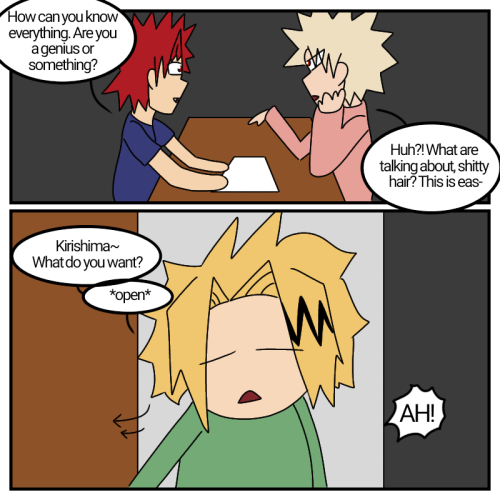 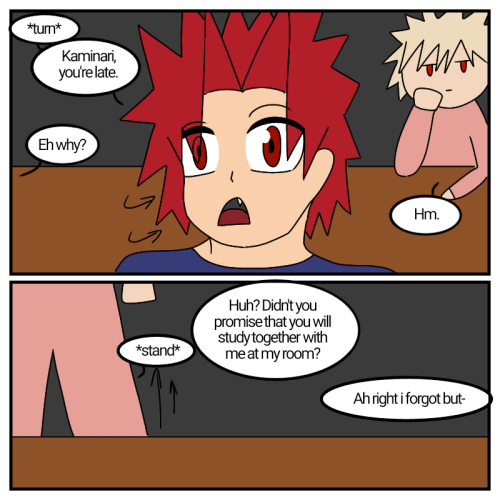 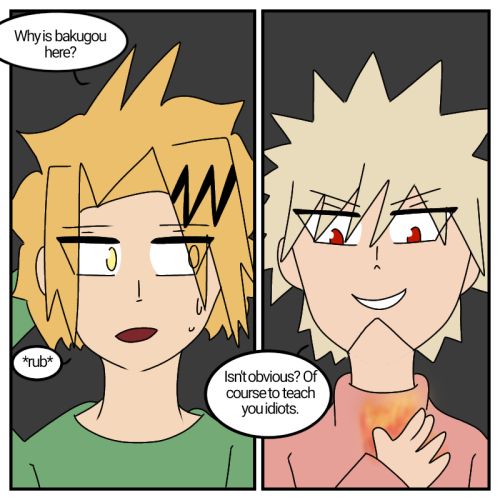 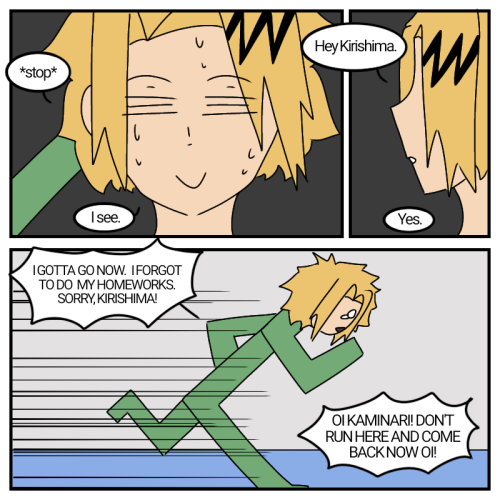 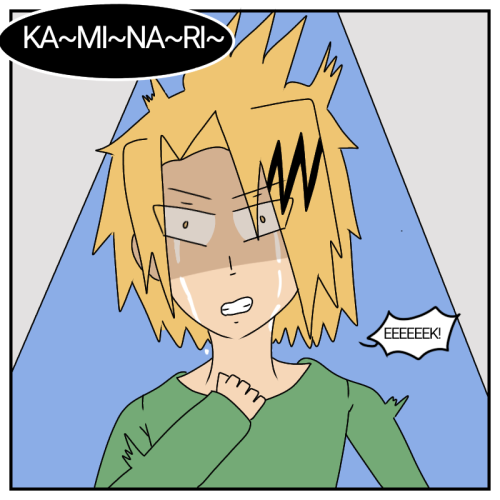 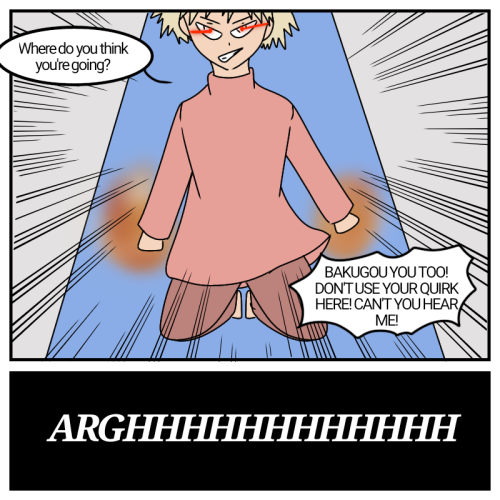 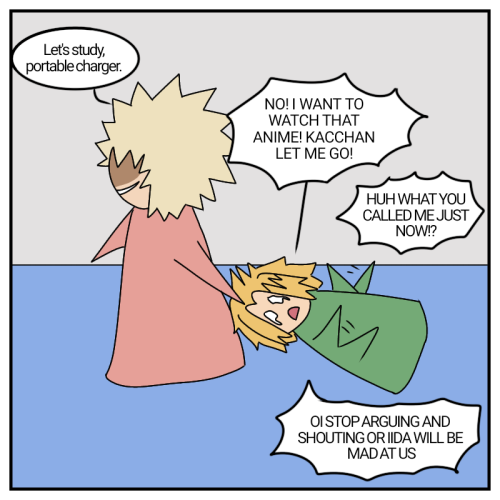 As a follow up to my 2018 haunted house picture, I drew another in the following year, ShinKami edition! Drawing their expressions and playing with the lighting was a lot of fun. (August 2019) 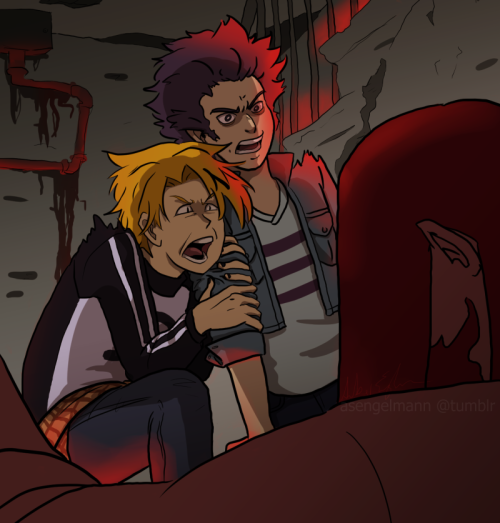 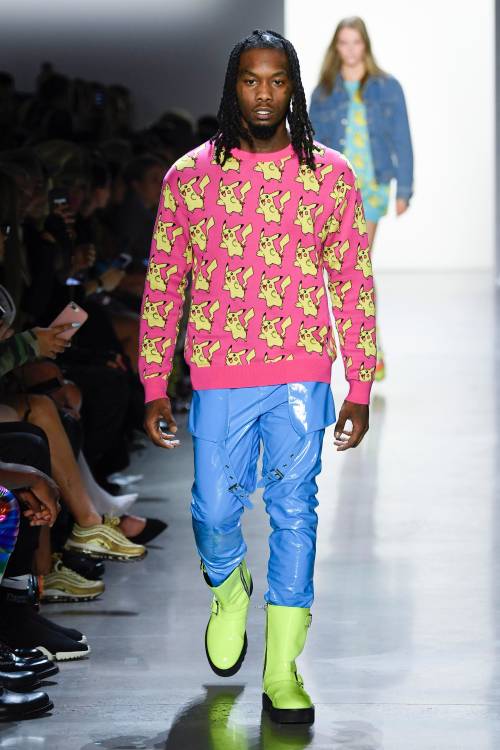 So I was up at ungodly hours, as one does, and decided to practice some sketches with Denki Kaminari from My Hero Academia

You Pull An All Nighter

Thank you so much! 😍🙏 Kaminari is so cool I swear!

I love their friendship 🥺