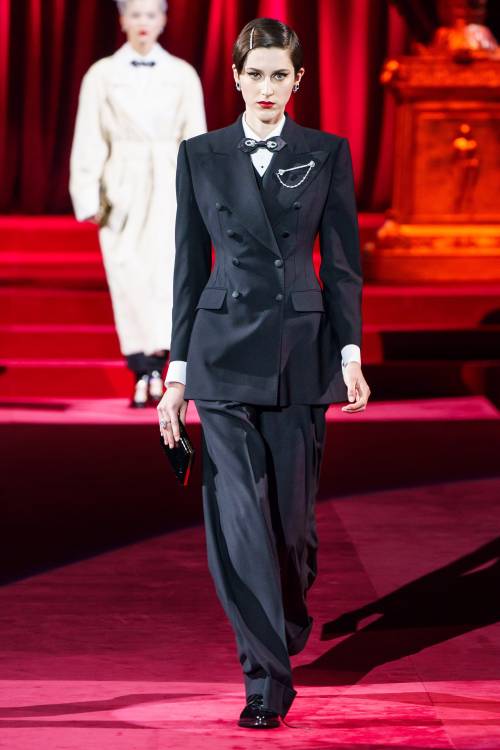 Once again I’m feeling tempted to watch Batwoman, but the cw has burned me so many times. Plus is it worth getting attached to Kate Kane, since she leaves?

no one in the wayne family is straight

Wally: your highness, I have the unfortunate pleasure to inform you that the Prince is feeling under the weather and would not be making it to his training.

Bruce: he’s going to explore that village I forbidden him to go, isn’t he?

Bruce: thanks for trying, just accompanied him so he doesn’t get hurt.

Wally: of course your highness.

Selina: what are you doing?

Wally, blushing: th-thank you my Queen.

Alfred: ah, master Richard’s knight, how do you do?

Wally: well, just came to pick up the Prince’s things for today’s lesson.

Alfred: ah, that would be over on master’s bruce desk.

Wally: Prince Richard, I will not help you escape from the kingdom, you’re next in line for the throne!

Wally: I can’t believe not only did you trick me into this, but you got us KIDNAP by empire Slade and then use the power of friendship to get us out.

Dick: that’s my name, don’t wear it out!

Jason: hey, you the redhead that hangs around my brother.

Wally: yes, how may I be of service.

Jason: can you please play with me, I’m bored…

Wally: of course, what does the little prince have in mind?

Jason: pretend! I wanna be a knight!

Spend the day playing, Dick is jealous and petty so you can imagine how this went.

Wally: yes, order by the king to protect his heir.

Wally: I didn’t tell you this, however just do something completely dangerous, stupid, and down right reckless and he’ll give you as many as you please.

Did that, has kon, Bart, and Cassie as his knights.

Wally: prince Richard is in his room and shall not see the light anymore.

Wally: he’s about to rebel against the king, the highness has forbidden him to come out unless he goes through with the marriage with princess Koriand'r.

Duke: so can you inform me when that happens?

Wally: I fear he’ll make sure all of the lands will know about his rebellious action this time.

Cassandra: teach me the ways of the sword.

Wally: sure, why not.

Cassandra: wait- you’re not going to say I’m a lady and shouldn’t touch a dangerous thing?

Wally, 100% done with rules now: fuck the king, ladylike, and such. Princess Royal of Gotham would be delighted one of her niece want to pick up a sword.

Cassandra: you are literally the best knight ever!

Jason, in the back: yeah, fuck the king!

Stephanie, in tears: You get me.

Carrie: uh hello, my siblings has told me to come to you if I need something…

Wally: yes, how can I be of service princess?

Carrie: well, there’s this prince of a neighbor kingdom say-

Wally: say no more, I’ve been feeling violent ever since he stepped foot on marble flooring. I’ll take care of it miss.

A scream later and a ball later

Damian: you, I have something to tell you soulless idiot.

Wally: I have put a cat in your room, she’s pregnant and the king thinks it’s queen Selina cats.

Damian: carry on you lovely knight.

That one starfish alien robin.

The starfish I don’t know the name of: *exist*

Wally: mother mary, bless me with the strength to carry on service with this family.

Kate: you, don’t listen to Bruce.

Wally: way ahead of you princess royal.

“Kate Kane, Batwoman. She tells me to stop and listen to her. She says she has information that I don’t. Dick goes for the hearth, says please, just trust them. I tell them that they’re family. Of course I’ll listen. I owe them that. Then I start taking them down… The question. How did I know? Simple. Because my family knows how to #$%^ fight. ”

Dat moment when Kate was planning: Kate X Renee: Make You Mine This Season 🦇❓

based on the prompt: “I’d like to see Kate or Kara meet a tiny Batwoman or Supergirl on Halloween!”

MBTI of the Batfamily:

[source is from cbr.com’s article; the personalities listed for them aren’t my personal opinion unless I said so.]

Talia [they didn’t have hers so I picked; considering the flip flop that is her character, i decided to picked two that could apply to her depending on what they’re doing with her character] :

Steph [they didn’t have hers so I picked] :

Kate sure knows how to use those hands! We stan a cultured queen. 👸👑

#WITH ANOTHER WOMAN NAMED RENEE THAT POSITION WOULD EVOKE VERY DIFFERENT EMOTIONS, #SHE MASQUERADED AS BETTE KANE SO THIS IS KINDA PERSONAL FOR HER, #BUT ALSO TO BE FAIR SHE SAYS THAT TOO ALL VILLAINS, #THEY BOTH WANT TO PUNCH EACH OTHER IN THE FACE, #dc comics, #batfam, #batfamily, #out of context, #batman incorporated, #batwoman, #Kate Kane, #lezbat, #funny, #dammit kate, #she’s angry, #this could easily be a steamy scene if it was a different woman, #Kate is mad
193 notes · See All
blanddcheadcanonsPhoto 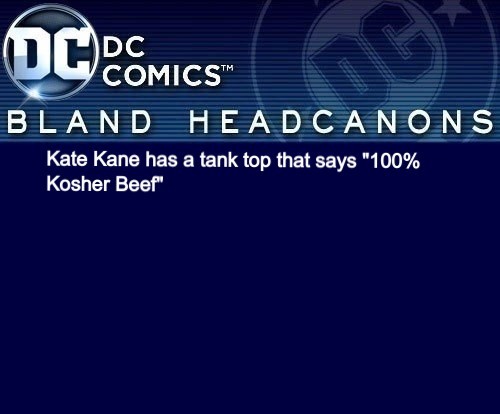 What’s your favorite character(s) to write for?

Jaime and Tim are the easiest for me to write with because their personality and voices suits my writing style almost to a T. It’s the perfect blend of contemporary humor and poetic narration that I naturally interchange in writing.

Jon is a lot of fun to write (and I dare say he is my all-time favorite) because he has a perspective of the world that I think is unique to other superheroes. He grew up knowing his father was the Man of Steel and he knows just what kinds of perils heroes need to save the world from. However, he wasn’t raised specifically for this stuff (unlike some children). His parents weren’t drill sergeants—they brought him up like an average boy, and the superhero aspects were so seamlessly integrated that “Superman saving the planet” was the same as “Dad picking up milk”. Contrary to fanon, Jon is not a naive baby, but the fact that he sees everything happening and still manages to retain innocence and be a friend to all instead of growing bitter and jaded is one of the things I love about him and what makes him interesting to write (and it’s also why I think he’s the perfect counterpart to Damian).

What character(s) do you find the most difficult to write for? Why?

The first ones that come to mind are the Batgirls—Steph, Cass, and Babs. There’s kind of a disconnect between their personality/dynamics and my writing style, coupled with the fact that people like Babs have a long history that’s difficult to address. I also tend to have an easier time writing characters I can connect with on some level, but I can’t really connect with the Batgirls in any way, which adds another layer of difficulty when it comes to bringing them to life.

Kate Kane is difficult for me because it’s been forever since I consumed any Batwoman content and frankly I just don’t write her all that much.

Bart Allen’s voice is the hardest. He’s a fascinating character both in Young Justice and in the comics, and I especially love exploring the facets of his intelligence. But it’s hard to get his voice down because of pacing. He’s a character who’s thoughts are all over the place and frequently interchanges introspection with action—almost like a “blink and you miss it” type.

Send me a fanfic ask!

This isn’t the whole Kane family but it’s some of the more important members.