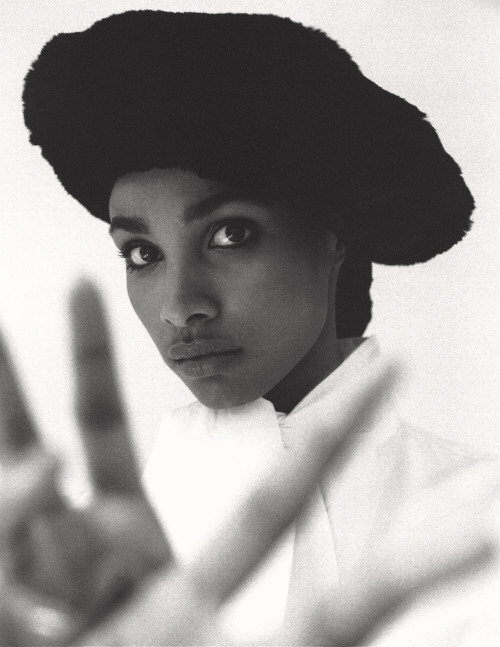 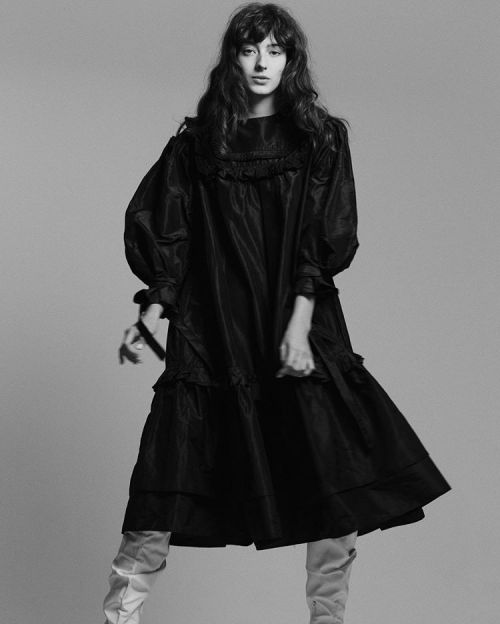 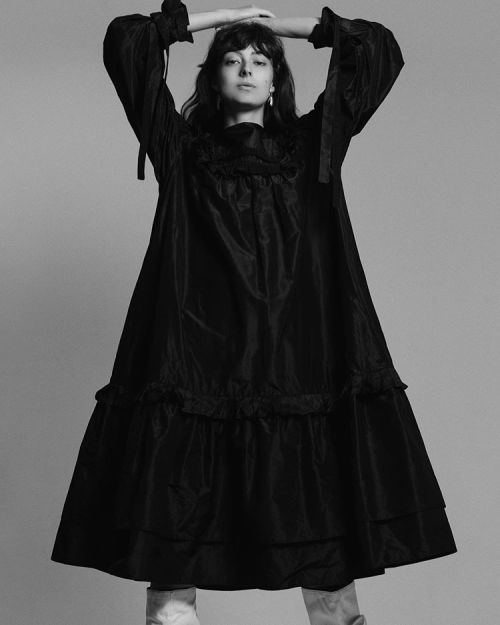 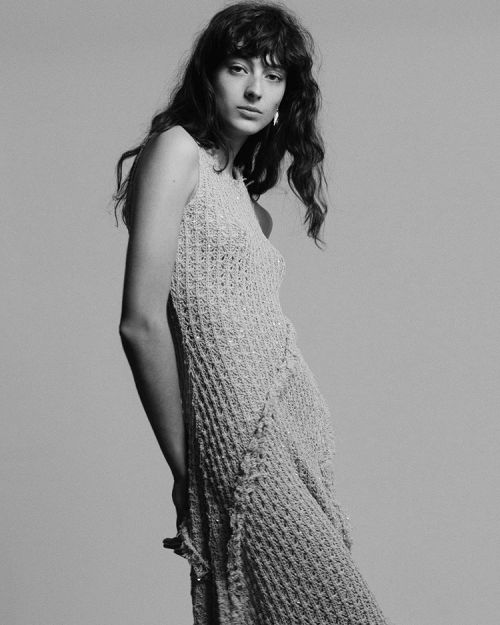 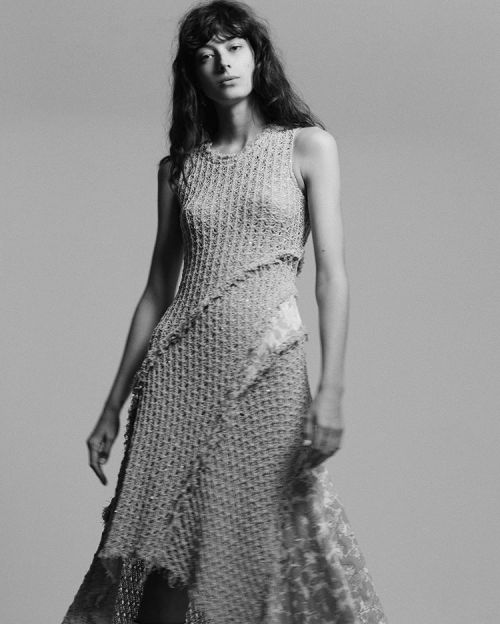 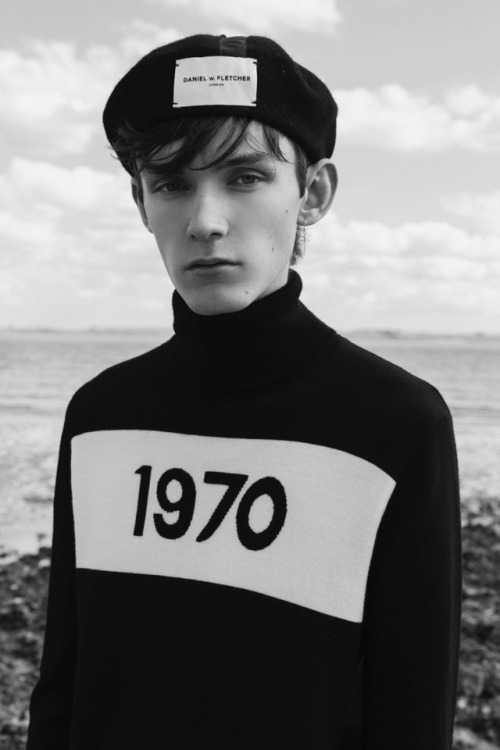 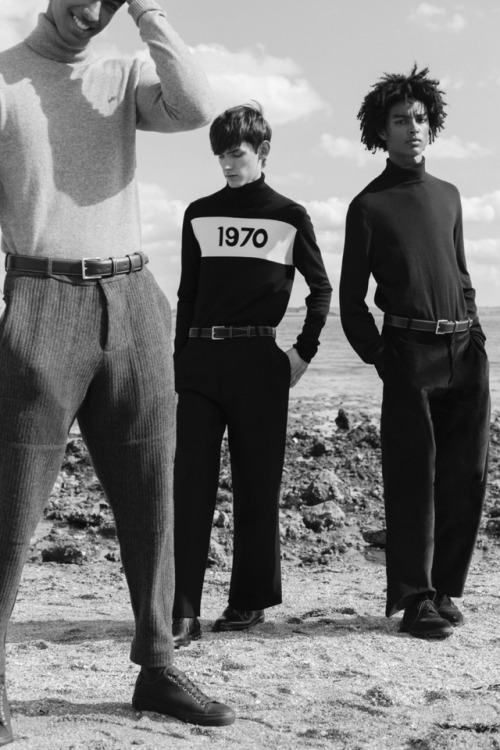 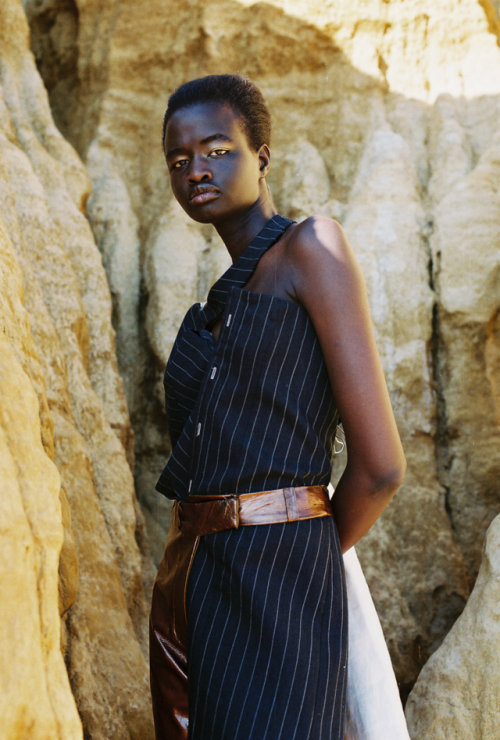 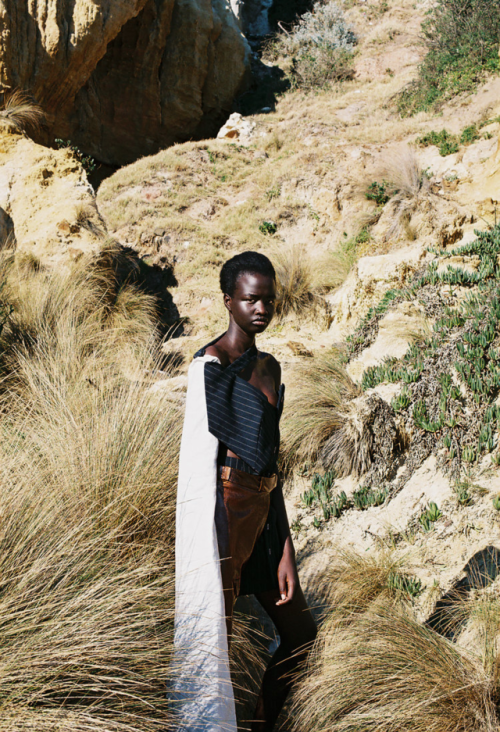 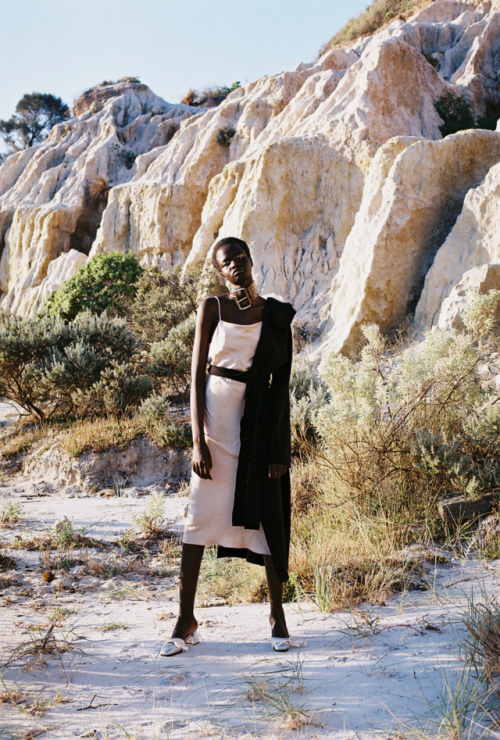 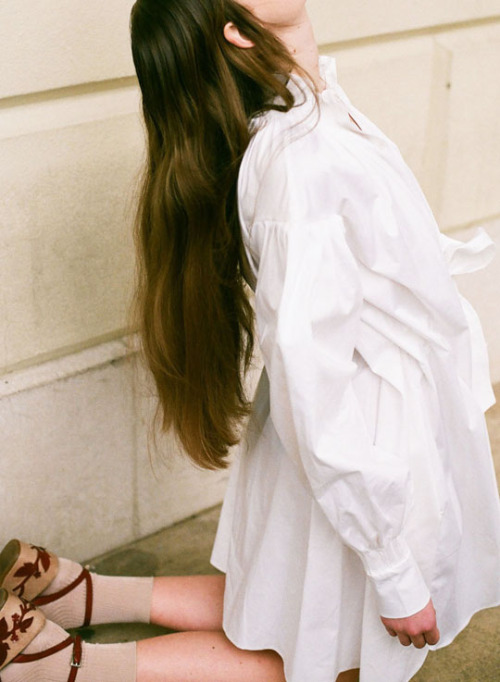 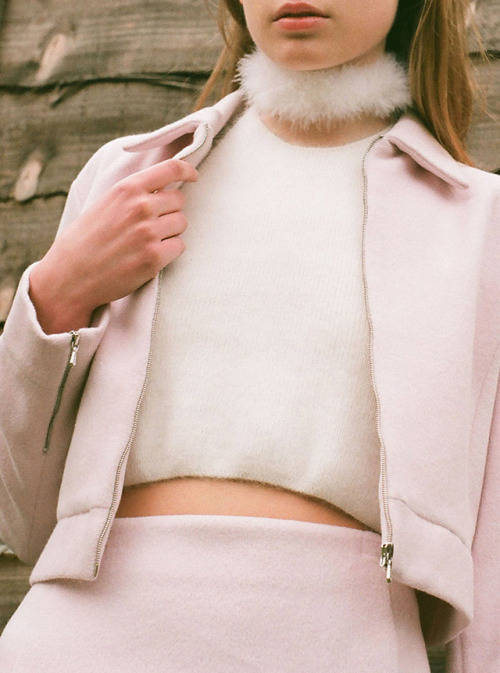 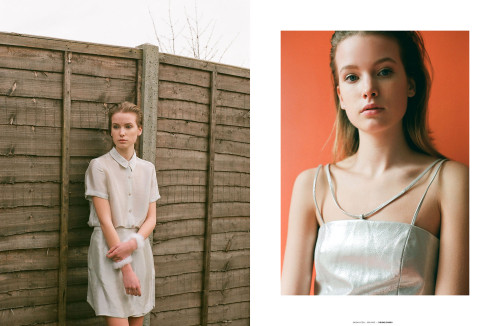 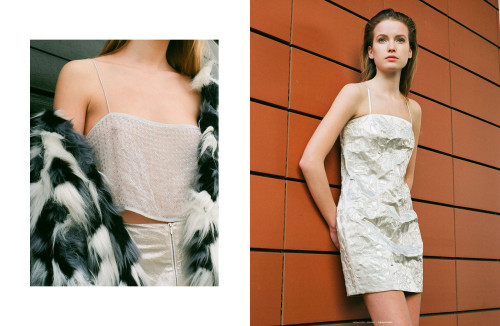 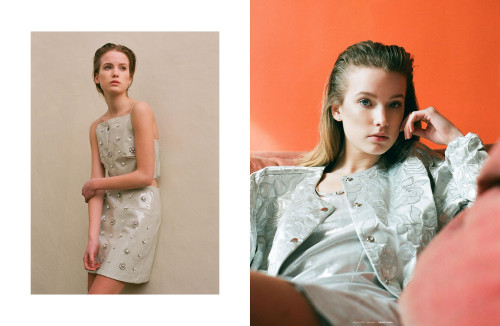 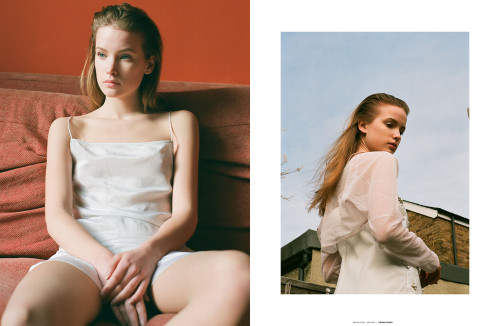 I desperately want a podcast with Pat and Thomas where they just talk shit for like an hour at a time.

Thomas handles the advertising and throws in some poems, whilst Pat goes over music like Desert Island Disks.

I mean it would be so wholesome and you know they’d have guests like the others ghosts. Kitty and Julian are specifically keen to get involved.

Synopsis: In an update of Bram Stoker’s iconic novel, Dracula travels to London, pretending to be an American entrepreneur with an interest in bringing modern science to Victorian England. The guise conceals the vampire’s much darker plans for revenge against those who ruined his life centuries earlier. His plan hits a snag when he meets and falls deeply in love with a woman who appears to be the reincarnation of his dead wife. Golden Globe winner Jonathan Rhys-Meyers plays the title role in this provocative drama.

My Take:  Just like zombies, vampires are old and tired. However, this series explored an interesting angle on Stoker’s creation. You have the love story, which seems to be a fundamental element of a vampire story, between Dracula (Jonathan Rhys Meyer) and Mina (Jessica De Gouw). But for those who haven’t read Bram Stoker’s novel, that story was anything but a love story. In fact, there was no romance in the novel for Dracula. He was pure evil, but modernist and beyond have made him into this romantic figure who was driven just as much by love than his blood lust, but I digress. There is the love story, which has its appeal. However, what’s most intriguing about this series is Dracula’s relationships with others. He develops an explosive liaison with Lady Jane Weatherby (Victoria Smurfit) who is his nemesis being that she’s a vampire hunter, but their chemistry is fire 🔥 way more so than what he has with Mina. Additionally, he has a strange alliance with Abraham Van Helsing (Thomas Kretschman), who is also his nemesis, but their common goal of taking down the Order of the Dragon, helps forge their partnership. My favorite relationship is between Dracula and Renfield (Nonzo Anozie). He, Nonzo Anozie, is great in this. I loved the character of Renfield.

He is extremely important to Dracula, not only because he handles his business, being that he’s an attorney, but that he is his friend. What’s also intriguing about this series is the fact that Dracula was seeking revenge in a way that wasn’t just about violently taking people down. He was doing it strategically with business,  by introducing innovation (the energy of electricity) to London society as well as having a black man, which was unheard of, as his attorney.  The acting in this was good from almost everyone. Jonathan Rhys Meyers captured Dracula’s intensity well, but at times was laughably over the top with his petulance and rage. Katie McGrath was unfortunately the weak spot in this. Her acting was abysmmal, but she’s never been the greatest actress anyway. Everyone else played their roles well, with just the right amount of nuance and believability.

There are many fascinating layers to this series. It’s too bad it only got one season, so most were barely explored. But it still kind of worked for the show. The series finale closed out well, leaving few open ends. So if they’d been given another season, many relationships would’ve dramatically shifted, which may have diminished the appeal of the show. The series only has 10 episodes. So this is one you can binge watch over a weekend.

And failing to find one.

And Luke just saying “Oh he just does that sometimes.”

And Hailey Ann fangirling over Layton.

Descole just walking into the room, everyone going quiet, and him just… walking away without saying a word.

ok so ive seen quite a few comments about how the captains ribbons being the wrong way around is linked to the fact that he is in the mirror in the opening credits, and while im sure it must have something to do with it this cannot be the whole story.

his ribbons are on his left hand side which is the correct side for military medals so he is not simply a reflection. even if he were a reflection these would still be wrong.

i did at one point toy with the thought that he is wearing someone elses ribbons and would therefore wear them on the right and could possibly then be a reflection. however, he wears the sam browne belt which crosses the right shoulder (i did even consider that this may be on the other way around if he was wearing the badges on the right side, but this is not the case)

the flashbacks in ep 3 show that his appearance is not at all reflected, even if he swapped his belt to the other side he would not have swapped the part in his hair which is always on his left side.

i dont doubt that there is a link to the mirror (and i also am hoping there is some relevance to his character in the draw opening in the credits) but it is not as straight forward as being a complete reflection.

on a final interesting note which may or not be relevant: it is not even a reflection we see in the opening credits but rather as if he is looking out from inside the mirror

- alison realises that robin is essentially rocky, even though julian’s convinced HE’s rocky  (”the good looks, the raw sexual power, i mean come on guys i’m clearly the rocky here”)

- fanny is scandalised, but can’t bring herself to look away from rocky’s tanned, oiled abs

- kitty doesn’t really understand it, but she just likes “all the pretty costumes!” (dammit janet is her favourite song)

- mary is convinced frank n furter is a witch and isn’t sure how she feels about its “okay-ing of satan and his wily ways”, but the music is fun

- pat remembers when he went to a midnight screening when he was younger- his friends made him dress up as riff raff (”it wasn’t really my thing but i had a good time! at least when i wasn’t picking popcorn out of my hair”)

- mike overenthusiastically sings along to brad’s section of rose tint my world, which gets fanny feeling even more hot and bothered (she just about faints when he orgasmically sings “i feel sexy”)

- thomas sees that it’s one of alison’s favourite movies and keeps loudly praising it at vital moments, which just pisses everyone off (he also keeps misusing film words he picked up from the byron shoot to try and seem impressive)

“I didn’t think this through…”

Proof that Ron is quick, agile, has good reflexes and is a great Keeper. 😌

“No, come one, come all! The more, the merrier! We’re only talking about my death!”

Bly Manor: This place is haunted because of the anguish of a sick, lonely woman who was betrayed and abandoned by her own loved ones.

Hill House: This house is fat and just likes to eat, yum yum.

Any other Ghosts fan also really curious as to why the ghosts stay instead of moving on?

I mean it isn’t pleasant being a ghost. You wear what you died in, you can’t touch or eat or drink or even talk to anybody that isn’t a ghost. Their happy ending will ultimately be moving on, but how?

Do they have something they need to learn? To change in some way and find peace within themselves? Or is it more simply that they haven’t let go of life and the material world, that they all want to be alive in some way?

What do you guys think?

#bbc ghosts, #ben willbond, #Jim Howick, #simon farnaby, #mathew baynton, #martha howe douglas, #laurence rickard, #lolly adefope, #katy wix, #Personally, #I'm leaning towards none of them having let go of their life, #Fanny still feels the house to be hers, #Thomas is still looking for love, #Kitty is still looking for a friend, #The Captain is still trying to fight a war, #Pat is still trying to be a Scout leader, #Mary can't even think about her own death, #Robin is still fascinated with learning about everything, #and Julian, #well, #yeah he still has things, #he wants to um, #do, #Not sure about the pigeon tho, #I suppose the plague ghosts still want to be a community, #still want to stay in the plague pit quite literally
44 notes · See All
Next Page