He’s so close, so agonisingly close that for a moment his mind is clear again. There is no screaming in his head, no knife at his knuckles, no horrid, scratchy, crawling legs in his ear canals—just a clear, single-minded thought.

And then his eyes are gone, and nothing is left to ground him.

His own kagune—Rize’s kagune—twists and writhes, lashing out in all directions, but doesn’t make contact. It feels disgusting, like he’s pinned down on the blood red bed of flowers in a darkness made just for him. He’s bleeding from somewhere, where is he bleeding? He’s shaking and screaming, but he can’t hear himself over the sound in his head.

Kaneki’s lungs explode with the force of his pain, and the flowers are drenched in his blood.

4. Honestly, I am not too much of a shipper. However, there is one ship above the rest that I cannot get over…Hidekane (ಥ﹏ಥ) I absolutely love both hide sunshine boi and kaneki babie boi and the two of them together is actually perfection :’) ♡♡♡ dont get me wrong though I do love touken as well

14. Everything I have watched and read I have actually liked in some way, but I did read a manga called ‘kakuriyo no yadomeshi (kakuriyo bed and breakfast for spirits)’ and I am completely caught up with it. While I thought it was really well-drawn and honestly really beautiful, the story has a heavy focus on cooking and sometimes it felt a little dull to read. But the characters are so cute so I didnt really mind too much. But it’s not my favorite :’(

#i honestly love everything, #so number 14 was hard to answer :'(, #thank you for asking!!, #ask meme, #my thoughts, #tokyo ghoul, #hideyoshi nagachika, #ken kaneki, #kakuriyo no yadomeshi
3 notes · See All
daiykenPhoto 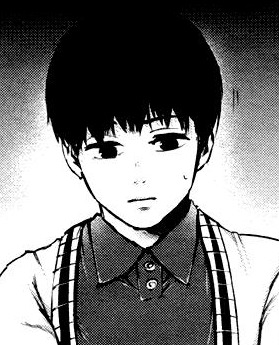 He sneaks behind the ongoing battles; deeper and deeper into enemy territory. He holds his breath as steady as he can, concentrating every muscle in his body on staying hidden and the rest on staying focused.

“For Kaneki,” he says aloud, because he needs to ground himself in the moment or he risks everything he has and more.

It is no longer just him and Kaneki.

He doesn’t know how to feel about Kaneki anymore. They were friends, yes, for years and years. They shared so many memories, but something about it felt… off.

But none of that matters. None of it matters at all if he spends too long by himself and leaves Kaneki in the Reaper’s hands, so he pushes down his worries with all his might and pushes forward with everything else.

Rize Kamishiro was where this started, in a coffee-scented room with a cosy atmosphere that totally and completely failed to warn them of what was to come. And this is where it will end, in a blood-encrusted sewer surrounded by nothing but death from every angle.

He is not free of blame for the situation, for his—for Kaneki’s situation. Kaneki might have never gone on that date if not for his pestering, if he hadn’t been so curious about this mystery girl taking up so much of Kaneki’s head space. If only he had been more trustworthy, maybe Kaneki would have told him.

A scream echoes off the walls.

Giant centipedes round the bend of the sewer channel seven feet ahead of him, and for a moment he is frozen.

So, he does what he’s been doing for the last—has it really been a year? Has it really been so little time when it feels like an eternity? He’s been dodging bullets and questions and kagune alike, dipping in and out of the spotlight but never infringing upon the main stage. He’s been building a paper tower in the background of this play for the sole purpose of this single moment, this one chance, the only shot he’ll ever get to pull Kaneki into the spotlight once more.

Kaneki has always been good on stage.

He does what he’s been doing ever since Kaneki vanished: he pretends.

He pretends for all he’s worth, and it works. It hurts, more than it should because he’s not the one whose face is bleeding, dripping into the water and leaving no trace of it behind as the already bloodied sewer carries it off. Kaneki is hurting in ways that he’ll only ever imagine, and never accurately place. His best friend—is that really what they are?—is breaking, has already broken almost beyond repair and thinks he’s a hallucination, so he does the only thing he can do to prove he’s really real.

He puts a hand on Kaneki’s shoulder and ignores the way he flinches.

He thinks that Kaneki wants to as well.

Kaneki has a hole in his torso, but that doesn’t stop him now.

The paper tower crumbles to the ground.

#busting out the watercolour pencils for this week!, #they’re really fun to use, #tgweek2020, #tokyo ghoul, #tg, #ken kaneki, #kaneki ken, #hideyoshi nagachika, #hide nagachika, #fanart, #fanfiction, #ill put all the little drabbles on ao3 on the last day!, #this one is the longest, #bonds/friends
13 notes · See All
daiykenPhoto 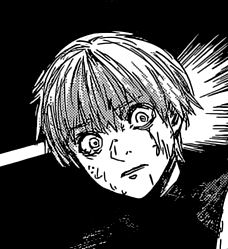 you can have anyone you want, why would you wanna be with me. i’m nothing special 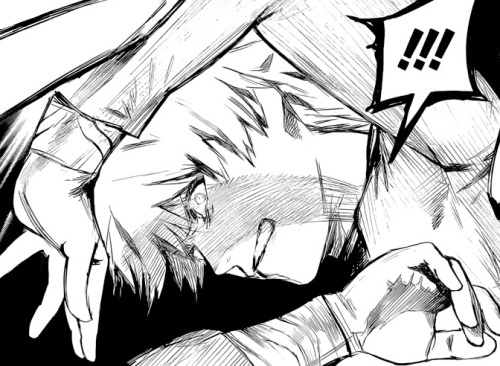