Ventus is switched to Sora, the protagonist of the games. He lived on Destiny Islands before everything went to hell, and looked for his best friends throughout the entirety of it. Chosen by the keyblade, his is called Wayward Wind, he’s good with all magic but works the best with wind.

Aqua is switched to Riku, the side-kick of the games. She’s usually good with brute force, and acts as a big sister to Ventus. She recommended making a raft to get off Destiny Islands, but succumbed to darkness before they could. Aqua still has hints of darkness in her, but it learning to control it. Her keyblade is called Rainfell.

Terra is switched to Kairi, and he is capable of much more because he’s a prince of the heart. He defended himself against the Organization and darkness for the most part. A fast learner, he learned how to use a keyblade after being kidnapped by the Organization in Kingdom Hearts II. His keyblade is called Earthshaker.

Xion is switched to Ventus. A recent addition to the group, her heart was split into light and darkness, Xion being light and Vanitas being her darkness. She’s quick and does the best with strategic plans such as Reversal (a move she came up with; quickly sliding around the target to hit them from behind). She’s training to be a keyblade master. Her keyblade is called Oathkeeper.

Axel is switched to Aqua. The best with spells, fire in particular, he’s always relaxed and does well with examining and identifying the situation, and always finds a way around it. He’s the only one of his friends to be deemed a keyblade master. His keyblade is called Flame Liberator.

Roxas is switched to Terra. He has trouble controlling the darkness residing in him, which makes him the perfect pawn for Xehanort to use. He usually uses brute force as his main method of attacking, though these attacks are slowed because of how much raw strength he uses. His keyblade is called Oblivion.

Sora is switched to Roxas. Number XIII in the Organization, the Nobody of Ventus. He’s a replica of how Vanitas truly looks, with some differences. He’s the only one in the Organization with a name that isn’t an anagram of Ventus. Energetic, he gets along with people like Demyx, though Riku and Kairi are his true friends. He wields a keyblade called a Kingdom Key.

Riku is switched to Axel, and his name is now Kirux. Number VIII in the Organization, the Nobody of Riku. Stoic, calm and calculating, he’s been friends with Sora since he first joined. He also wields a keyblade called Way to the Dawn, but it was broken in the Realm of Darkness. His new keyblade is called Braveheart.

Kairi is switched to Xion, and her name is Rixika. Number XIV in the Organization, the Nobody of Kairi. She’s a sweet girl, but eventually starts questioning herself and if she’s truly meant to be. Originally supposed to be based on Aqua, but because of her relation to, technically, Xion, she’s a combination of both girls. She also wields a keyblade called Destiny’s Embrace. 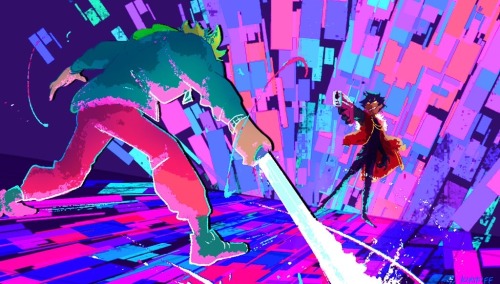 #the context being: space crimes au, #and i have synesthesia with sound and color, #so THIS ONE! is the second (?) phase of you are all bad guys from a hat in time!, #and i like to go BUCKWILD WITH THE COLOR, #electric guitars are almost always BRIGHT MAGENTA-CYAN-YELLOW and i think its AWESOME, #my art, #eye strain, #?, #kh, #sprawl au, #kh ventus, #kh vanitas
224 notes · See All
rosie-kairiPhoto 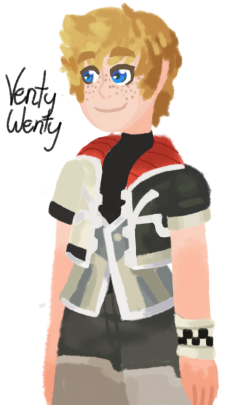 Image description: Ventus from Kingdom Hearts is looking back at the viewer with a casual expression on his face. The text “Maybe she had the darkness in her soul forcefully ripped out of her, maybe it’s maybelline” is next to his face in fancy script. 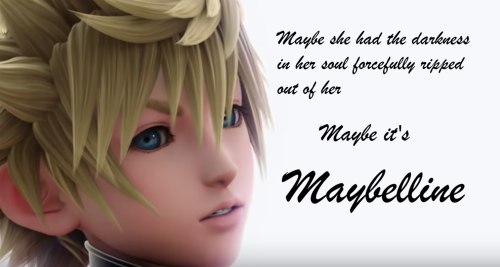 I just had a Galaxy Shower Brain thing!!!!

In the next KH game or what ever they need to do Frozen as a world. But this time it takes place during the second movie. The party is Ventus and Kairi (maybe Namine as well). It is now common knowledge among the wielders that Ven has major memory lost especially since Chirithy is around be all cryptic and stuff. So they hear about Ahtohallan and when Elsa returns she assures them it’s real. So the duo goes. And it is there that they discover the KH Union Cross messy bull shit!!!

The whole thing about diving to the bottom could be about “Darkness” and Striletzia’s death, but I highly doubt they dive for it.

Also, “Darkness” being and actual being apart of Ventus is still the stupidest thing ever.

Literally came up with this as Kingdom Hearts was on my mind and singing “All is Found” in the shower. Hence the galaxy shower brain thought!

A small series of Daily pen sketches that eventually became imaginings for what weapons the khux crew might have if they never got keyblades.

Ephemer got twin blades cause Dark Inferno theory, Skuld got brass knuckles, Ven got a scimitar cause I’m unoriginal, Strelitzia a staff/halberd that I did a bad job drawing, Brain gets a magic book Zexion style, and Lauriam and Elrena we already knew.

I didn’t really put too much effort into these, but I still had fun! 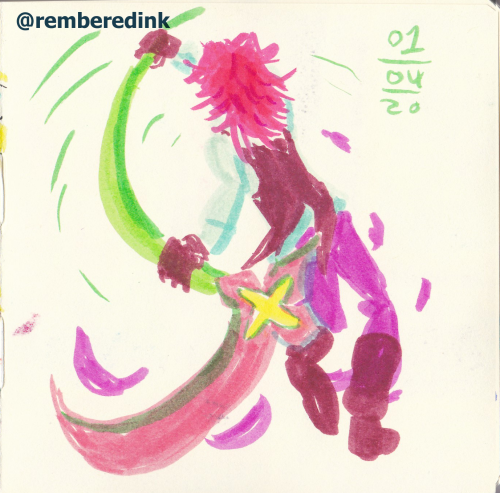 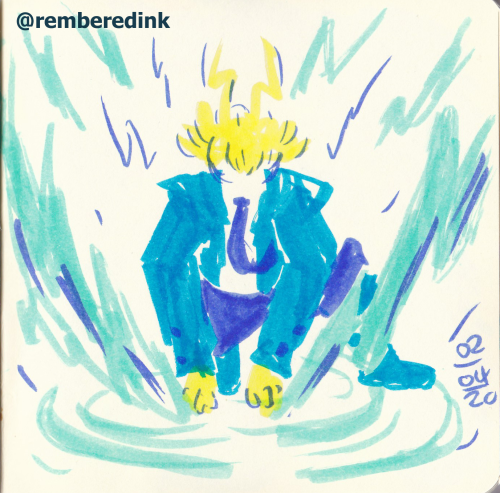 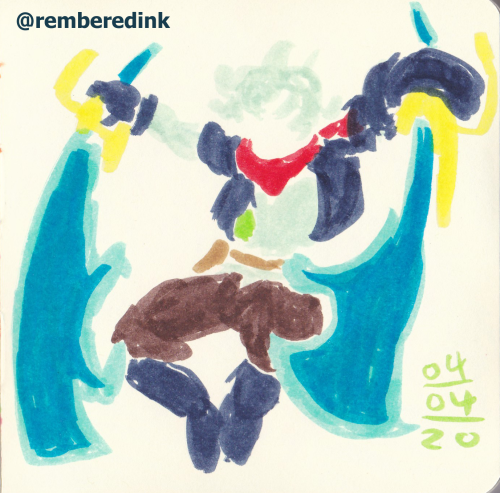 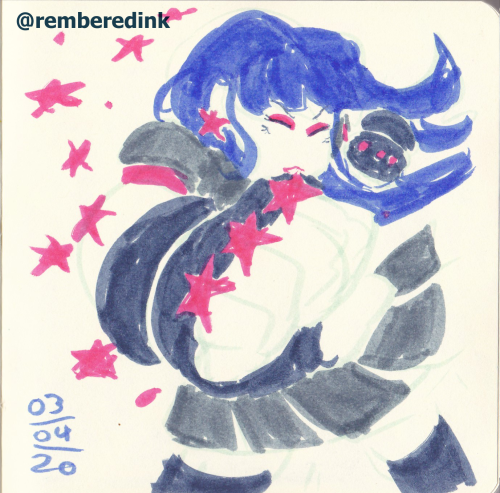 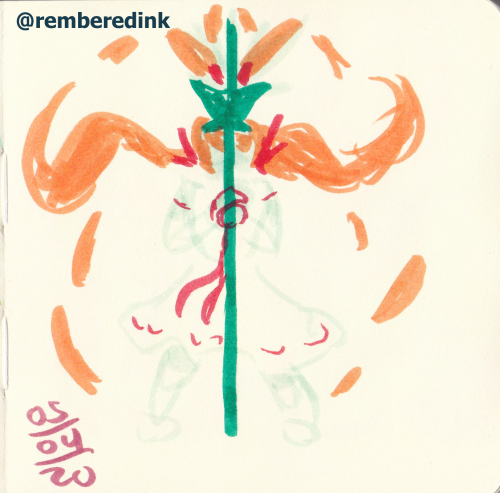 Union Cross told me I can’t put my boi in a dress so I said the Hell I Can’t! Have the bestest sleepy boi in his truest form 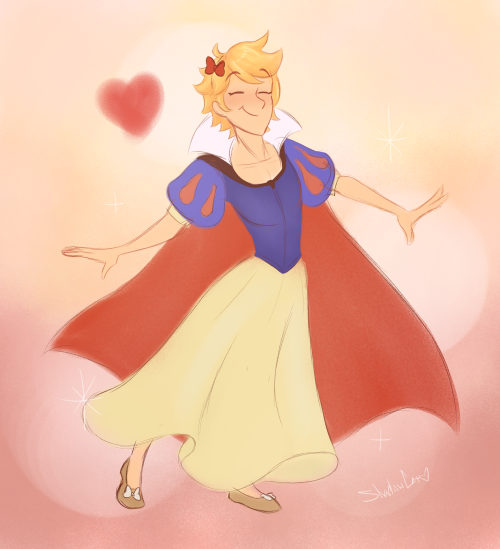 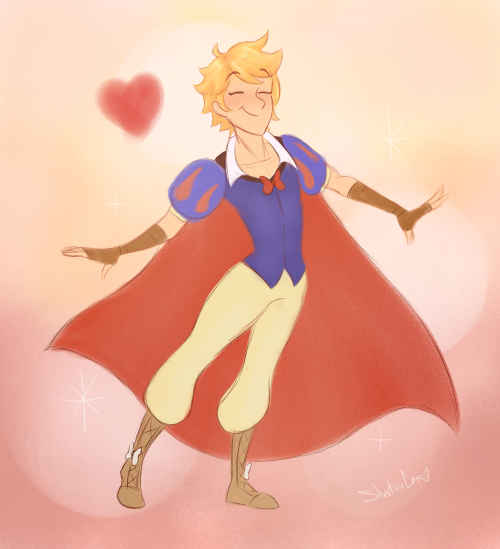 Here’s the next of the KH4 redesigns. Ven! I combined his original outfit with three outfits from Union Cross! He’s also got a tiny ponytail like young Cloud!

DO NOT REPOST. Reblogs are appreciated! 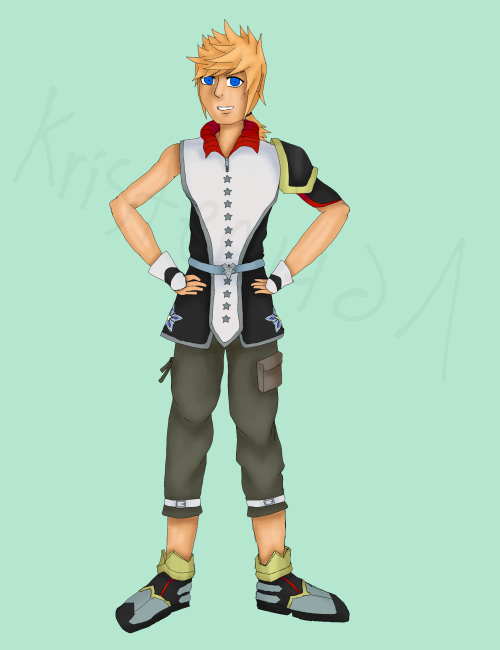 Ah! You’re right! Terra and I made her breakfast ^u^

@aqua-searchhistory we made you breakfast!!! Happy mother’s day!

Then you have not only a boyfriend, but also a cat

#vanitas, #kh vanitas, #ventus, #ven, #kh ventus, #kh ven, #kingdom hearts, #kh, #bbs, #birth by sleep, #kh bbs, #catboy
79 notes · See All
awtuscanywritingChat
Blaine: Ventus can you read this list out loud for the others?
Ventus: No, I cannot. (zooms in) Yo, what's up, I'm Ventus, I'm 10 and I never learned how to read!
#kingdom hearts, #incorrect quotes, #incorrect khux, #kh ventus, #kh blaine, #source: vine, #ventus can't read, #is there an education system in daybreak town?, #i mean there's a bunch of kids running around with little to no supervision, #the foretellers are probably also kids, #all these kids are child soilders, #like 2/3 of them die, #khux are you good?
18 notes · See All
vexia123Photo

Some time ago I have read theory that Ventus is the seventh Master of Masters apprentice. I thought it’s pretty cool theory so I decided to draw small comic about it. My brother found some crayola watercolors the other day and I stole them! :)

Full disclosure I’ve only used water color like 4 times in my life total. 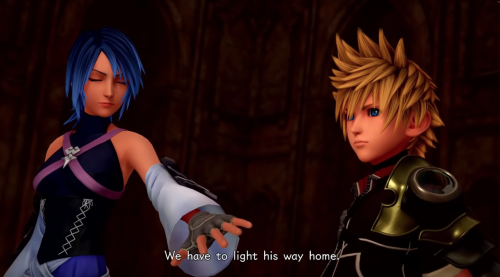 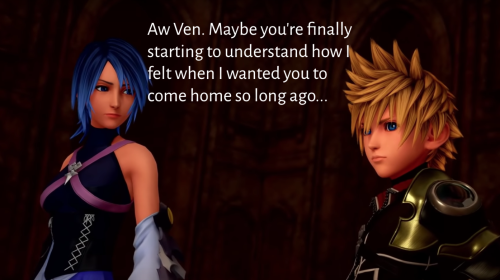 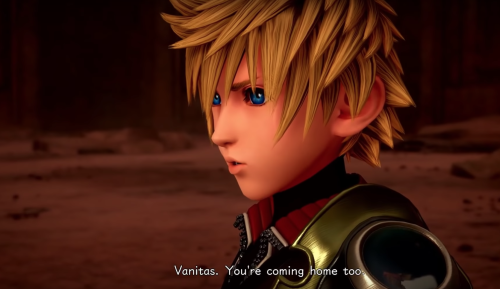 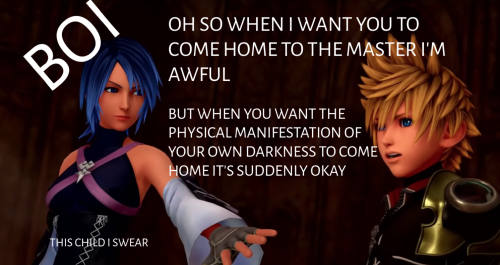 *drops his manga* CAN YOU KNOCK?!

How Ventus got possessed by Darkness.mp4

I don’t regret anything xD