The butterfly that ate Setsuna’s memories and now possessed them seems to be doing either these two:

2) Stays with Rin: Hovers around her, flying in circles.

kagome girl ur killing me here 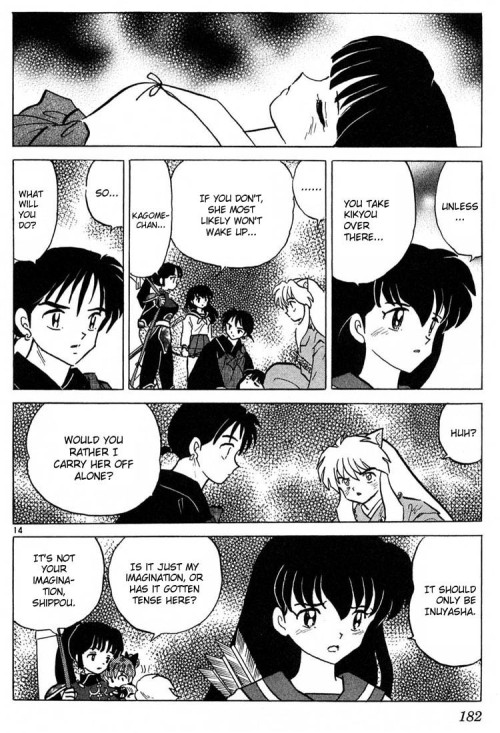 #luka reads inuyasha, #kagome, #kikyo, #miroku, #inuyasha, #IT SHOULDN'T ONLY BE INUYASHA LIKE, #MIROKU CAN CARRY HER JUST AS WELL, #BUT KAGOME IS JUST, #LIKE THIS AAAA
12 notes · See All
kikyousamaPhoto 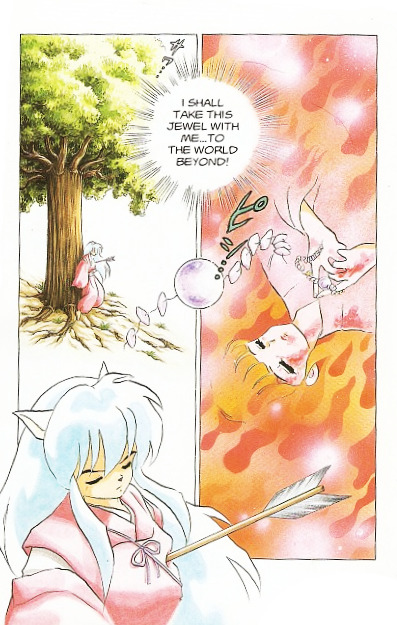 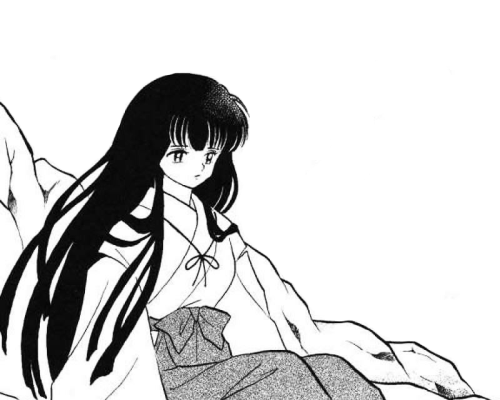 I love bisexual Kagura. It means equal love for Sesskagu and Kagukik.

The lack of Kagura x Kikyo ship content on this site is tragic.

Her hands were masterpieces to behold.

They were delicate, gentle in touch and providing comfort in the simplest of caresses. With a brush of her fingers, tears were wiped away, lives were mended, and pulses would quicken. He had witnessed it time and again — when Rin or village children would cry, when she would heal the sick, and when the (lowly) human men would gaze at her in longing.

Her hands were powerful.

There was no one alive — human and demon alike — that didn’t know of her strength and skill. Years of work, years of fighting had hardened her hands and strengthened them. It spoke of her fearlessness and her dedication — to protect, to do what was right. A bow, no matter its quality, turned into the deadliest of weapons in her hands. An enemy wouldn’t stand a chance against her.

Even he, the great Lord of the Western Lands, found it hard to stand against her.

(Not that he would ever admit them aloud.)

“Lord Sesshoumaru, look! Lady Kikyo taught me how to make this!”

At the call of his name, he turned to look at Rin. A warm fondness filled him at seeing her bright smile, at the way she bounced in excitement and her eyes sparkled. Not a moment later, she presented him what she held in her hands: a crown of yellow flowers.

“Isn’t it beautiful? Lady Kikyo said she used to make them for her sister all the time when they were smaller,” Rin hummed, staring at him expectedly.

Although his answer had been short, it seemed to be enough for the young girl as her smile somehow managed to grow. Truly, the sun couldn’t compare to the shine and warmth of her smile in that moment.

“Oh, oh! I can give it to A-Un to wear! I’ll make another one with Lady Kikyo! So they each have one!” Rin studied the little crown, practically bouncing again before stopping, looking up at him again. “Is that alright, Lord Sesshoumaru?”

His answer was a simple nod, a whisper of a smile tugging at his mouth. All at once, Rin threw herself at him, giving him a tight one-armed hug (as to not crush or ruin the crown he supposes), before running off, a bounce in her stride and laughter in the air. It stunned him momentarily, still so unused to the (now frequent) displays of affection the young child would give him.

She had gotten bolder, more sure of herself. There were still traces of the frightened child that would hide behind his leg every once in a while, but it was different now. Now, with the added help of Kikyo and her daily lessons, she was blooming into a surer Rin. And if the demon lord was honest, it was endearing.

Kikyo was a good influence on her.

#this was way longer than I expected it would be but i hope ya'll enjoy it, #I TRIED WRITING FLUFF AND I JUST... YEAH, #Had to throw in longing because of course I did, #Found family is obviously a huge weakness of mine and i'm not sorry, #RIN HAVING A BADASS MIKO MOTHER AND A BADASS TAIYOUKAI FATHER IS MY WEAKNESS, #Inuyasha, #IY, #SessKik, #Kikyo, #Sesshoumaru, #OTP, #Fanfic, #Mine, #And yes this is absolutely a part of my 'Beautiful' verse AU, #How much longing can I write before I actually finish writing the smut fic?
15 notes · See All
actually-anythingText

I’m in the mood for some hot takes/deep analysis of Kikyo’s character. If you know of or have any pls send them my way. 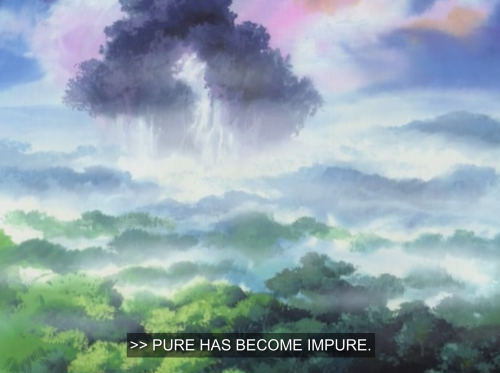 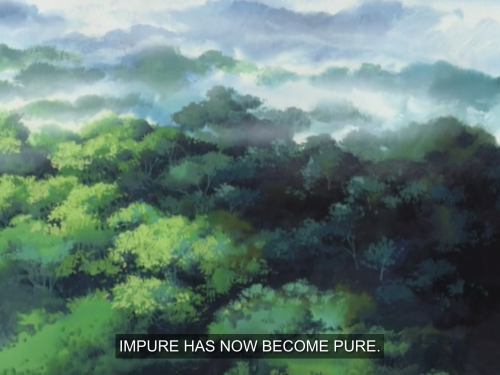 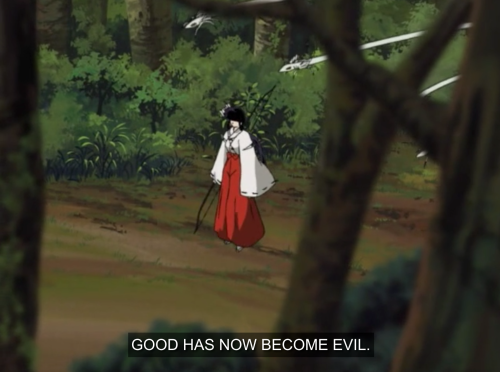 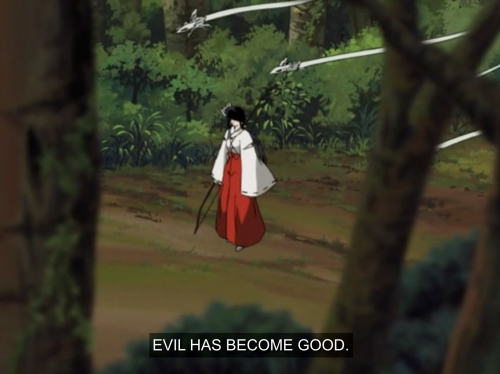 well, at least he was honest. 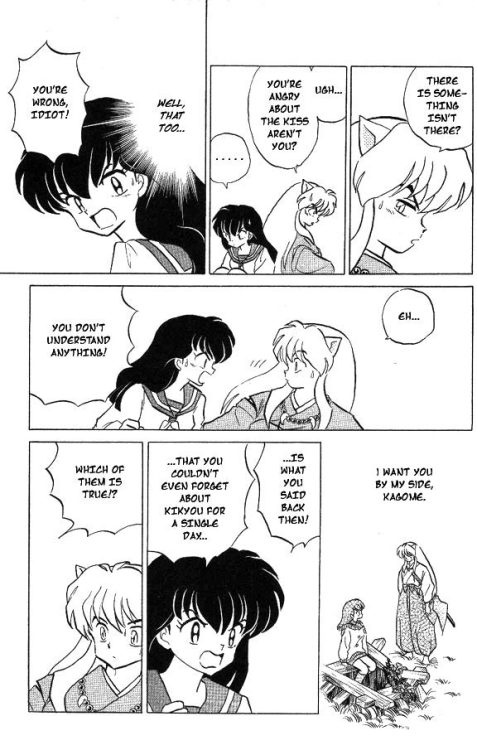 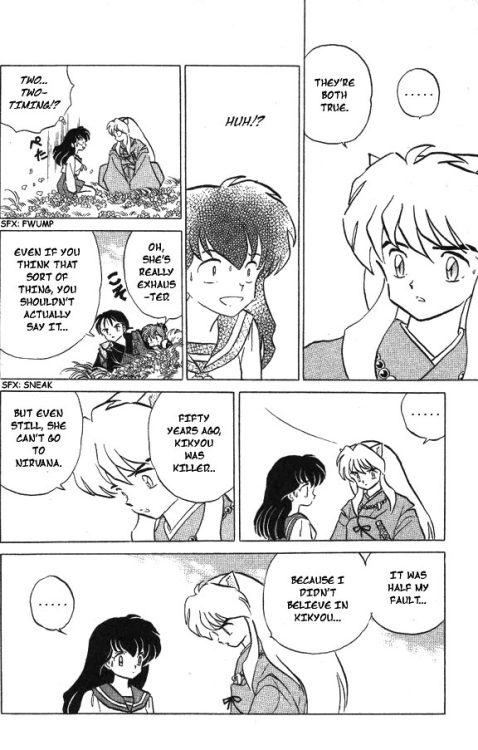 imagine being dismissive of kikyo’s enormous struggle, burdens, and utterly tragic story just because she and inu aren’t your otp, like what kind of childish and silly existence is that lol 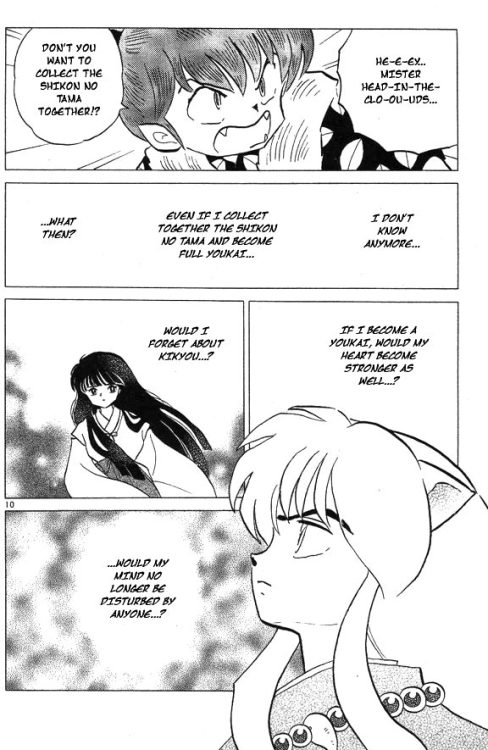 In a surprising turn of events, NarKik is now my Inuyasha OTP, lol 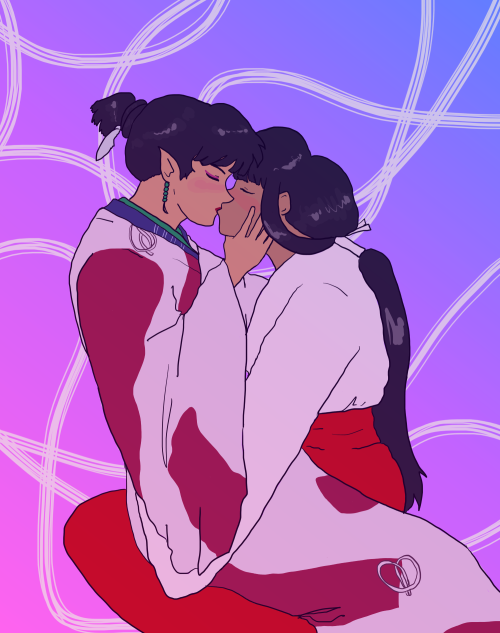 Inuyasha: me and Kikyo have a history together before I even met Kagome… we were forced apart and made to hate each other… but deep within we still care for each other and I just want to make sure she’s okay :)

EDIT: Just to clarify, it’s me venting my frustration at the way they treat Inuyasha. Miroku and Sango were in the wrong for shaming him

#inuyasha, #nw wifyu, #kagome, #kikyo, #sango, #miroku, #anti inukag, #kinda, #I still like it, #but these two get on my nerves at times
58 notes · See All
lilyginnyblackv2Text

Question: How do you think up and decide the character names?

Takahashi: Since I don’t change a character’s name once it’s been decided on, this is something I worry the most about. Even when I temporarily name them when they appear, if the name doesn’t fit, then I would think of their name just in the nick of time. All I can really say is “The name fits the character” …Names that are easy to say, easy to write, and easy to remember. Names that fit the story. For example, the meaning of Kikyo’s name in flower language is “unchanging love/everlasting love,” Kagome feels like a cute, nursery rhyme-like name, and etc. I feel like Sesshomaru had a different name at first, but I forgot what it was. Though I do remember that the design of his outfit and items were decided upon after his name was decided.

Question: I would like to know if there were any scenes or moments throughout the story of “Inuyasha” that changed during the creation process from what you had originally had in mind before the serialization.

Takahashi: At the start, all I really had was something like: Inuyasha was sealed by Kikyo by mistake and the sword he carried was a keepsake of his father, after that I thought of [the story] as I was creating it each week. So, Naraku came after, Shippo, Miroku, Sango too, the first time they appeared was the first time I thought of them. Though I did think about the possibility of Sesshomaru eventually protecting a human and dying, he was just too good [of a character] and I couldn’t kill him off. The creation of the enemy character, Naraku, set the direction of the story. I have an ad-lib style, so deciding too far ahead would have taken away the surprise while I was drawing [the story]. I enjoyed thinking “what will I do, what will happen now” each week.

This question is asking what Rumiko Takahashi first thought upon hearing about “Yashahime.”

Takahashi: For me, “Inuyasha” was completed, so when I heard about it I felt like “You’re doing what?”, but the series composition is by Sumisawa-san, who worked on the “Inuyasha” anime, and I have no doubt that he’s a very talented and capable person, so I think I can leave [the series] to him.

Question: Is there anything in “Hanyou no Yashahime” that would like the readers to see and focus on?

Takahashi: Sunrise has beautiful illustrations and animation, and the story is interesting too. What’s going on with the parents is touched on from time to time, and I think Towa, Setsuna, and Moroha are all charming. I think they’ve made a piece of work that can be enjoyed by both those who are watching [the Inuyasha franchise] for the first time and by those who watched “Inuyasha.” Also, the music is being done by Wada Kaoru-san, who also did the music in “Inuyasha.” I’m really looking forward to that.