They don’t even hide the graft.

the whole lot of them are in on it 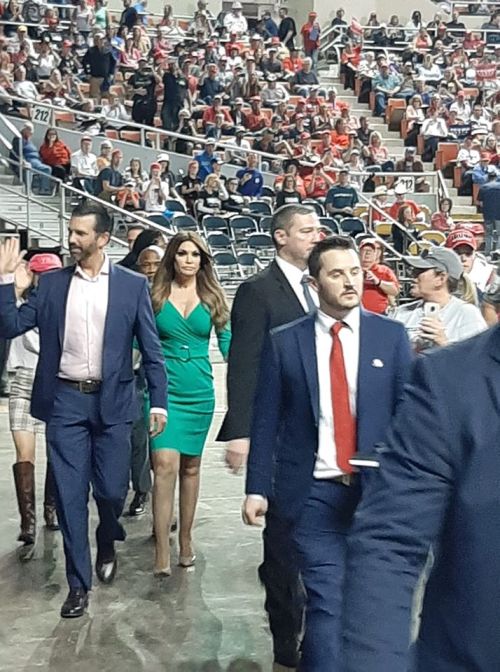 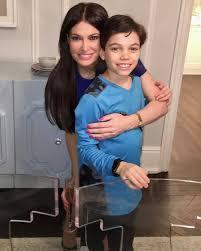 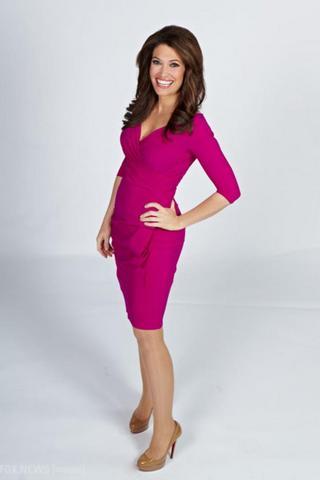 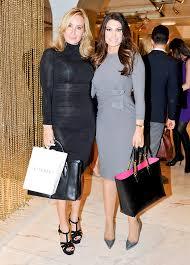 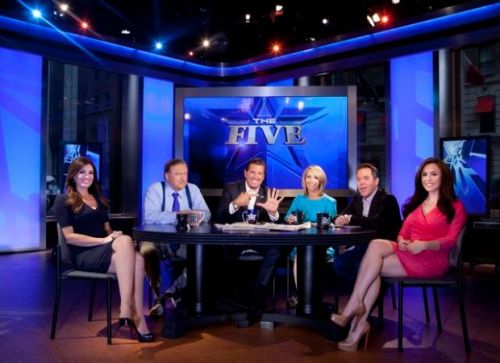 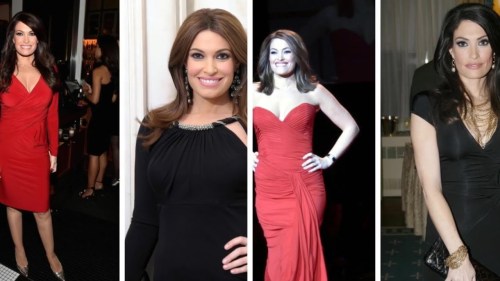 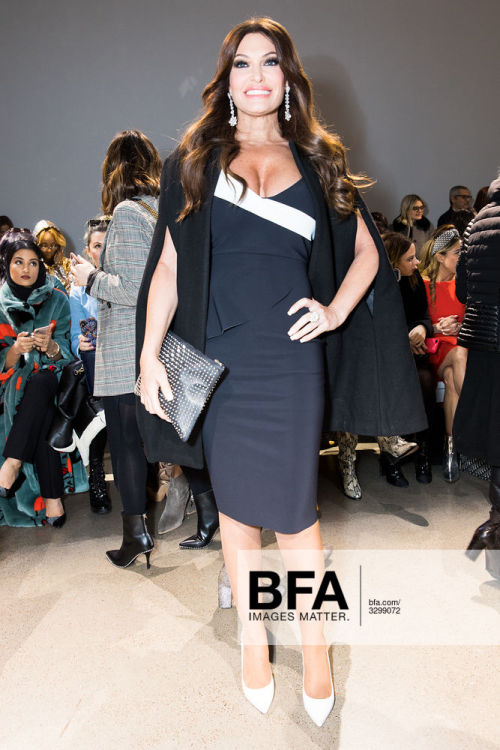 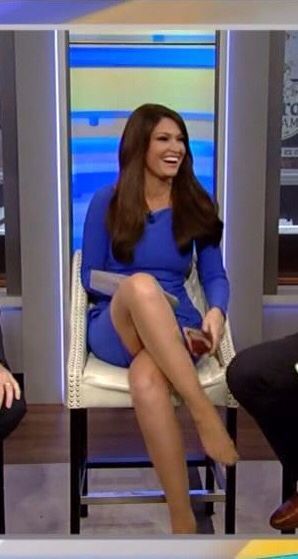 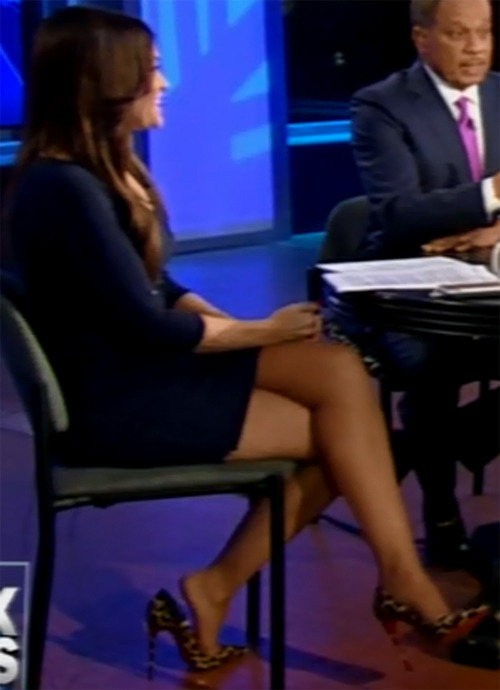 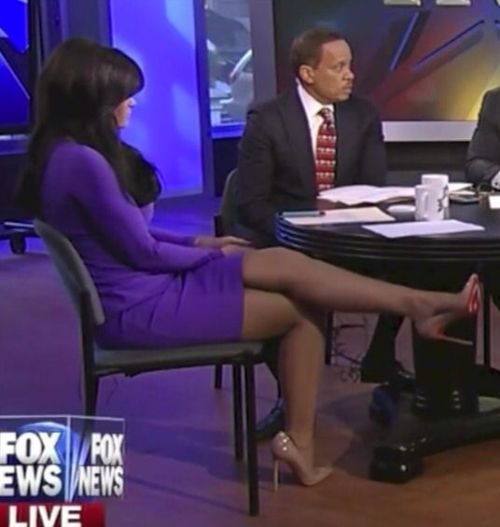 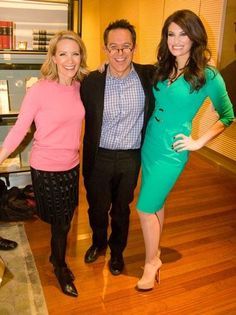 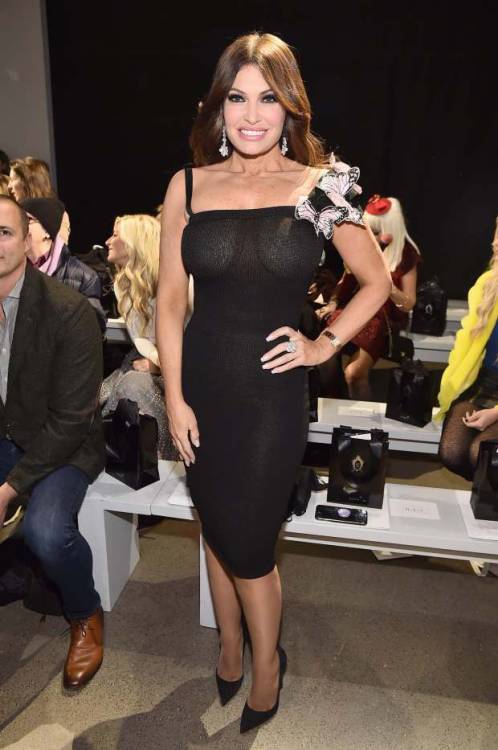 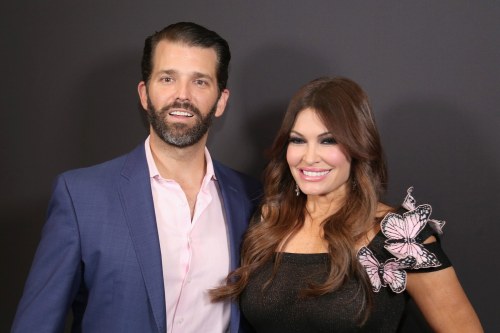 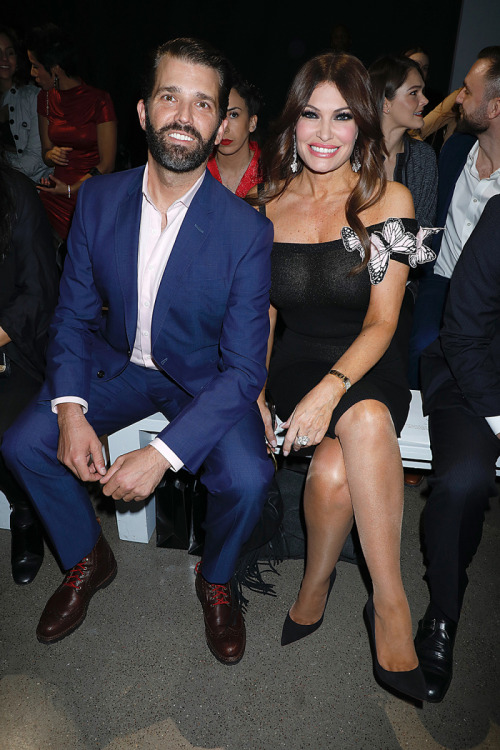 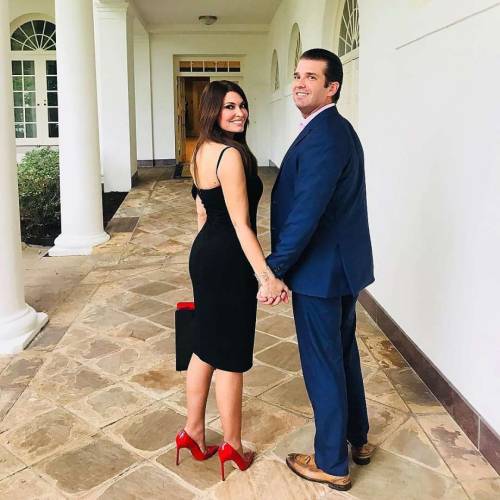 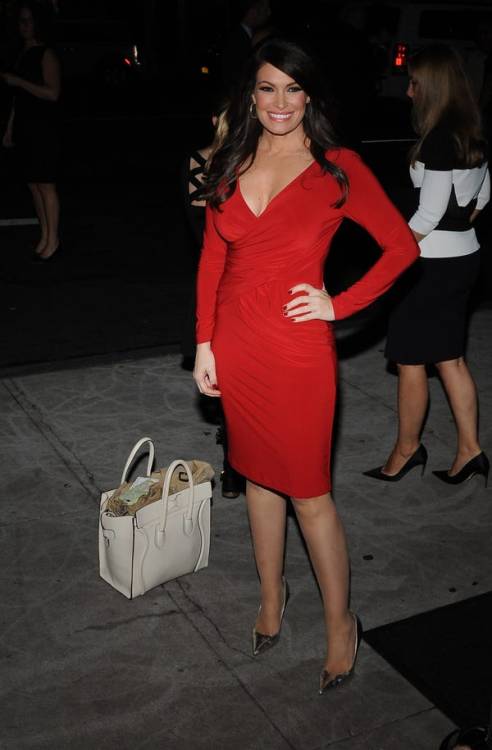 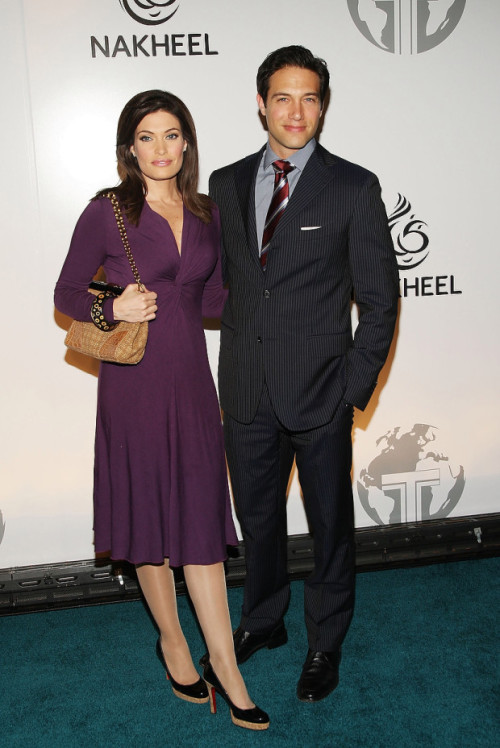 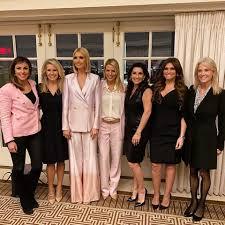 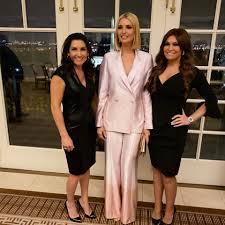 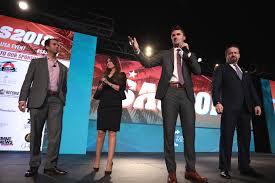 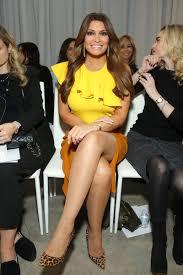 Donald Trump Jr ventured on to the University of California’s overwhelmingly liberal Los Angeles campus on Sunday, hoping to prove what he had just argued in his book – that a hate-filled American left was hell-bent on silencing him and anyone else who supported the Trump presidency.

But the appearance backfired when his own supporters, diehard Make America Great Again conservatives, raised their voices most loudly in protest and ended up drowning him out barely 20 minutes into an event scheduled to last two hours.

The audience was angry that Trump Jr and his girlfriend, Kimberly Guilfoyle, would not take questions. The loud shouts of “USA! USA!” that greeted Trump when he first appeared on the stage of a university lecture hall to promote his book Triggered: How The Left Thrives on Hate and Wants to Silence Us quickly morphed into even louder, openly hostile chants of “Q and A! Q and A!”

The 450-strong audience had just been told they would not be allowed to ask questions, “due to time constraints”.

At first, Trump and Guilfoyle tried to ignore the discontent, which originated with a fringe group of America Firsters who believe the Trump administration has been taken captive by a cabal of internationalists, free-traders, and apologists for mass immigration.

When the shouting would not subside, Trump Jr tried – and failed – to argue that taking questions from the floor risked creating soundbites that leftwing social media posters would abuse and distort. Nobody was buying that.

In minutes, the entire argument put forward by the president’s son – that he was willing to engage in dialogue but that it was the left that refused to tolerate free speech – crumbled.

“The View” is currently trending at top of Twitter after Donald Trump Jr. went on the show and got heated right away.

DT’s son appearance on the show ended in a downfall and right away heated with back and forth while speaking to Joy Behar, Sunny Houstin and Whoopi Goldberg and having former FOX News Kimberly Guilfoyle at her side.

Trump Jr. turned the tables … first on Joy by calling her out for allegedly wearing blackface. Joy took offense to the accusation and denied it. FWIW, Joy admitted in 2016 she had dressed as a “beautiful African woman” at a Halloween party when she was 29, and yes … it involved makeup “a little bit darker than my skin.”

Junior emphasized his point that “we’ve all done things that we regret” … by going after Whoopi for defending disgraced director Roman Polanski amid rape allegations. Back in 2009, Whoopi said whatever Polanski’s guilty of wasn’t “rape-rape.” Donald Trump Jr. and Eric Trump are both in attendance to watch great UFC fights and their bigger supporter Colby Covington.

Sources connected to the event tell TMZ Sports that Don, Eric and their brood – which appears to include Don’s GF, Kimberly Guilfoyle and at least one kid – arrived Saturday around 10 AM PT … an hour after the first fights kicked off at 9 AM.

Kinda interesting if you think about it – that means the Trumps are going to presumably stick around for a bit until the Covington/Lawler fight at noon … which makes for a jam-packed day of Octagon action. Five matches have already been decided, so you gotta imagine the Trump crew caught at least two of them, so far.

It also looks like ESPN followed through on their plan to not keep the famous family off camera – despite backlash it may or may not spark. They’re all getting a healthy amount of screen time at the moment on TV, which we were told was expected ahead of the event.

As you know, the UFC is made up of pretty diverse fighters … and with their pops being labeled a racist of late, the Trump boys’ inclusion in this event was expected to be a powder keg of sorts.

No issues so far though, from the crowd or otherwise … hopefully it stays that way.

Okay…. the way Trumpian-women dress, their hair and make-up is so… the aesthetic… the body-language…

How to phrase this without sounding like a tit?

She looks like someone out of a Rtl2-“documentary”. The one they show after the water-shed.

To a german this aesthetic does not scream conservative. More “russian-born third wife of a upper-level managment- guy in the dock for tax-fraud” than “I am here to represent a conservative president who would like conservatives to vote for him”.

Gavin Newsom is now our governor and his ex-wife, Kimberly Guilfoyle, is now a whore. Life has its twists.

Donald Trump Jr. and Kimberly Guilfoyle proudly expressed their right to bear arms during another trip to Montana.

The Second Amendment-loving couple appealed to their fandom by posting pix from a shooting excursion with Rep. Kevin McCarthy, R-Calif., over the weekend. They both shared the same photo of the men holding guns with the former Fox News reporter in the middle, and then they put up additional shots of the president’s son holding and using his weapon.

Great time in Montana this weekend with Leader @repkevinmccarthy and @kimberlyguilfoyle. We had a lot of fun shooting some clays, catching some fish, and doing some politics. We need to keep the house in November… get to work and get your friends out. #montana #shooting #fishing #politics

Guilfoyle, who is now working for pro-Trump super-PAC America First Policies, noted that she would have been shooting things up too — quipping that she’d be showing her boyfriend how things were done — but, alas, she’s recovering from hand surgery. (She recently injured her hand playing trampoline dodgeball with her son and Don Jr.’s kids.)

As you can imagine, the comments are on fire. The couple definitely have their fans — and fans who love their gun pix (’merica!). But the majority of the comments are by people making fun of them — for their politics, for Junior’s love of shooting things, and for Guilfoyle’s shooting outfit. (“Kimberly, you look out of place, all made up like that out in the fields. Get real, girl,” said one. Guilfoyle was happy to share her outfit credits either way: “Leggings by Varley.”)

The weekend wasn’t all glamour shots with guns and trout in Big Sky Country, however. They were also “doing some politics,” according to Trump Jr. That meant attending the Ravalli County Republican Central Committee’s “Make Montana Great Again” event in Hamilton and taking turns addressing the crowd alongside Greg Gianforte and Matt Rosendale, who are both running for office in the state. (McCarthy is up for reelection in California.)

This trip to Montana seemed better than a recent one to Bozeman, when a local bar and grill refused to host a campaign event by Trump Jr.

Trump Jr., whose next divorce court hearing is Nov. 27, and Guilfoyle have been very open about their romance, but it doesn’t seem like they’re taking the next step anytime soon. After denying early engagement reports, he recently made an awkward joke to reporters about how he didn’t want to give Guilfoyle any expensive ideas — about rings — after he hit a diamond-shaped bull’s-eye at a recent political fundraiser.

Liberal #2: “No! The gal is Kimberly Guilfoyle. She used to work at Fox News. The guy is Donald Trump Jr. Trump’s son. They’re dating.”

Liberal #2: “No! I wouldn’t kid about something like that.”

Liberal #1: “On second thought. That’s a disgusting looking couple. She looks like a hooker and he’s just a vile looking jerk.”

Liberal #2: “You know? I can’t get over Hillary losing like that…”

Kimberly: “Hey girls! See this picture? Can you guess who it belongs to?”

Kimberly Guilfoyle, Co-Host of ‘The Five,’ Is Leaving Fox News
Ms. Guilfoyle, who recently revealed that she is dating Donald Trump Jr., had been at the network for 12 years.
https://www.nytimes.com/2018/07/20/business/media/fox-news-kimberly-guilfoyle.html

#Kimberly Guilfoyle, #Co-Host of ‘The Five, #’ Is Leaving Fox News
0 notes · See All
Next Page