So apparently explaining why you don’t want to mess up a hanging to a psychiatrist was a bad idea.

I should have kept my mouth shut but unfortunately I’m a very honest person and I don’t think before I speak.

In my defense, that was after the part when I said I was sent to the hospital despite not even jumping from a high point, so obviously I’m not that determined to kill myself. I just researched it a bit, like a normal person.

#wanting to kill yourself at your age isn't normal, #personal, #suicide, #well i knew that but i can't exactly help it, #sorry my brain sucks i guess?, #also everyone clocks me as depressed bc apparently i have bad vibes, #and maybe i dont smile much, #and also im depressed, #again can't help it, #i just dont want to be me, #i cant stop being me, #i dont do drugs, #that's the one thing my parents can be proud of me for, #never done drugs, #i dont even drink, #guess whos in the hospital again, #the psychiatrist said either you go willingly or a judge will order you to go, #either way i would have to go so i went willingly, #kind of, #i dont like hospitals, #especially not when theres a patient crying out for hours, #i dont know what his problem was but he kept crying out for so long
0 notes · See All
forthegothicheroineText

Imagine that Doctor Who episode with Dickens except it’s with Matthew Lewis.

“Tell, me, Doctor…do they still read me in the future?”

“Sure, weirdos and grad students do.”

“I can accept that.”

#gothic literature, #doctor who, #kind of
18 notes · See All
zutaralover94Text

Anyone want to tag team me and write this gloryhole chapter?? Lol I’m stumped.

#i'm kidding, #kind of, #i don’t know how to write this, #personal
1 notes · See All
the-minutethemText

I was born on a Freeside street,
Where the loyal drums do beat,
And those loving Cali feet they walked all over us,
And each day and every night,
When me Da would come home tight,
He’d invite the neighbours outside with this chorus:
Oh, come out ye black and tans,
Come out and fight me like a man!
Show your wife how you won medals down in bitt'r springs
Tell her how the ??? Made you run like Hell away,
From the red and lovely shale of red rock canyon 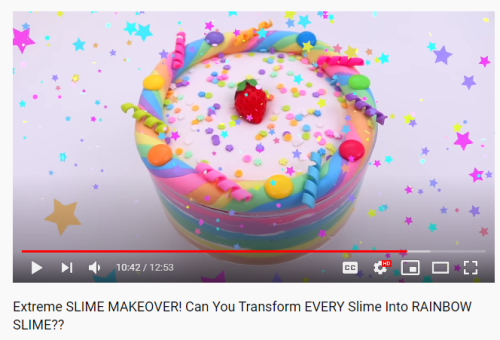 thinking about the bullshit with how it was revealed that tsurumi was manipulating them and grooming them from the very beginning and they were all like you know what that’s okay actually and thus not changing the status quo at all or even leveraging all of the tension that had been building up the previous like 100 chapters god hoes are FURIOUS hoes are MAD.

Me: *sees an outlier character in Star Trek (or any other piece of media)*

Me: is anyone going to project on that?? Ok- 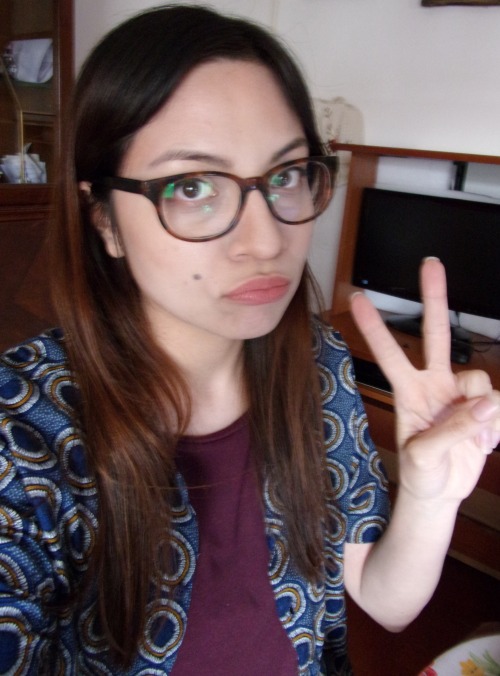 How about her wearing most of his armor? (Did not draw the arm stuff because I didn’t feel like it lmao)

I actually have drawn something like this awhile back but it wasn’t very good. Much happier with this!

#when people ask me what it’s like im just gonna tell them to watch this from now on, #i could FEEL what he was going through, #it just, #it looks like what sensory overload feels like, #kind of, #teen wolf, #teen wolf 01x01, #sensory overload, #sensory issues, #sensory anxiety
1 notes · See All
biancaicarasText

I’m rewatching Inspector Lewis, as one does, and something struck me during “Falling Darkness”. (It’s almost Halloween so I watching this one, sue me).

Lewis seems against Laura’s coworker, ‘Aberdeen Angus’. It may because he simply doesn’t like to work with someone not-Laura, but what if the doc reminds him too much of Dr, DeBryn? He’s cheery, snarky, very competent and has the same kind of build. Max was someone who he could laugh with at crimescenes, as he does with Laura.

And that reminds him of Morse. Someone else he lost along the way and misses. Not as much as Val, but I still believe it was another reason he left Oxford.

I’m back but only for a minute or two. I’m just tired and have been doing other things. Don’t worry, I’m fine (and I’m not leaving), but I’ll probably not be on until I feel like coming back again :)
In the meantime, take Margaritaville Harmonica Tabs (It’s in the key of C tho (I actually wrote this down))

So I’m currently DMing a group. I’m the only woman in the group, and I honestly feel like that plays a role in how they treat me. I don’t think it’s intentional, but I do think it’s internalized.

They’ve all DMed before, which is fine, but it also means they all have opinions about how things should go and they have no problems spitting that out, even if they’re talking over me, the actual DM, to make their opinion heard.

The reason I think this is impacted by my being a woman is because I’ve also been in a party with every other member as a DM, and none of them got talked over as much as I do (even my boyfriend when it was his first time DMing commanded more respect as a DM than me).

I recently spoke with my boyfriend about it and he said he’ll try to subtly help me and defer to me more during games. And he did, for the most part. I could tell he was trying.

Until I gave him an answer he didn’t like. Then he said “let’s check Google.”

It was slightly irrelevant, two of the players like to spar after every level up and the question came up during that time, so it wasn’t a huge, campaign impacting decision, but it still happened and annoyed the fuck outta me.

As I was reading, trying to figure out my answer to his question, all the other players were, as is now tradition, talking over me and giving their own opinions.

I gave my answer then left the room to wash my face and just let them handle it cause I was frustrated.

After we all disconnected from discord, I called my boyfriend on it. I asked him if he wanted me to explain my reasoning for my call. He said “no, I get it, it’s cause” and then proceeded to give reasons the other players had offered instead of what I said. Like he didn’t even hear me when I was explaining it to him before.

So I called him out on that too. Told him I never even mentioned that, that that was the players, and see, this is what I was trying to explain before.

He looked ashamed and apologized but God dammit I’m frustrated. So I’m coming here to rant. I love D&D. I want to keep loving it. But it’s so damn hard when it’s almost not even fun anymore.

#personal, #rant, #d&d, #dnd, #misogyny, #i guess, #kind of, #I know people are gonna think im dumb for blaming it on that, #but we even have one player who has DMed, #and he's just really bad at it, #like he refuses to read any guidebooks, #or learn any rules, #and basically just likes to be a tyrant, #and even he gets questioned less than i do, #so what do they expect me to think, #ahhhhh
1 notes · See All
quee-r-codePhoto 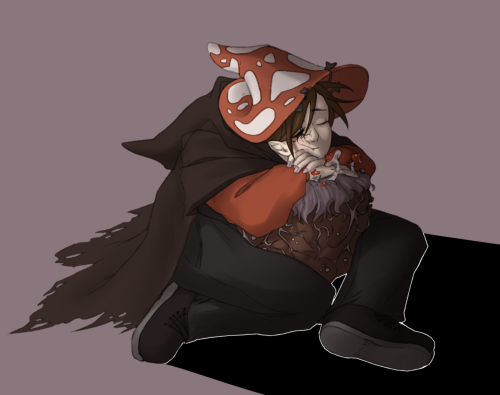 He shouldn’t even consider it. Sousuke made it this far by avoiding any chance of infection, locking himself in his old childhood home and buying everything online.

How could have known the cute delivery boy he begrudgingly became friends with, had been trying to turn him all along?

“Kiss me or kill me. It’s your choice.” He says, again, stroking his cheek.

The choice is easy. Nagisa is not even human anymore - just like his family, just like Rin - but unlike any other of his kind that he encountered ‘till now, he doesn’t seem to be a mindless cannibalistic creature. He has never been. And still… Why?

Killing him would mean keeping himself safe, kissing him could lead him to discover some kind of cure.

His lips are soft, and taste of cotton candy. Will the rest of him be as delicious?

Sousuke can only hope.

#kidding, #kind of, #i will THINK about it., #might call u dummy instead, #we will see
3 notes · See All
transgenderzText

#kind of, #go with it
8 notes · See All
andwhenitdriesText

#my thoughts, #starkid, #kind of
8 notes · See All
artificialqueensText

A/N: Hey guys! This is the companion story to “No Strings Attached.” We’re tagging them both as “Just Friends” so that it’ll be easy to read the chapters in order, but once it gets complicated, I might include a guide. Both ships are in both stories, but generally, “No Strings Attached” is Willaska-focused and this one is Bitney-focused. (Link to all chapters in order, which so far is just 2.)

Summary: When Bianca meets her new roommates, she’s especially captivated by one of them. Worse, the feeling seems to be mutual.