Alex is the protagonist in my series Friends of Foes. He shares the spotlight with Henry. He’s been bugging me to sketch a portrait of him since I first began sketching Henry. He still doesn’t understand why I didn’t sketch him first. After all, Alex is king – which ultimately puts him at the centre of the universe.

I had a lot of fun sketching Alex. I tried to keep it traditional and let his…

To think in another lifetime, Han Solo may have been a King of Alderaan

This perfectly modeled and well-polished life-size funerary statue depicts king Khafre, the builder of the second largest pyramid at Giza. It was found in a pit in the antechamber of his Valley Temple at Giza. The construction is made of anorthosite gneiss, a valuable, extremely hard, and dark stone brought 400 miles down the Nile River from royal quarries.

The king is seated on a throne flanked by lion heads. The two sides of the throne are decorated with the sema-tawy, symbol of the unity of Upper and Lower Egypt. Khafre wears the nemes headdress, surmounted by the uraeus, or rearing cobra. He wears the royal shyndt kilt, attached to his chin is an artificial ceremonial sacred false beard. The king is protected by the god Horus, represented as a falcon, perched at the back of his neck.

This artifact is a masterpiece of craftsmanship. The sculptor was able to depict the details of the facial features and muscles of the body, in spite of the hardness of the stone. Old Kingdom, 4th Dynasty, around 2570 BC. From the Valley Temple of Khafre. Now in the Egyptian Museum, Cairo. JE 10062 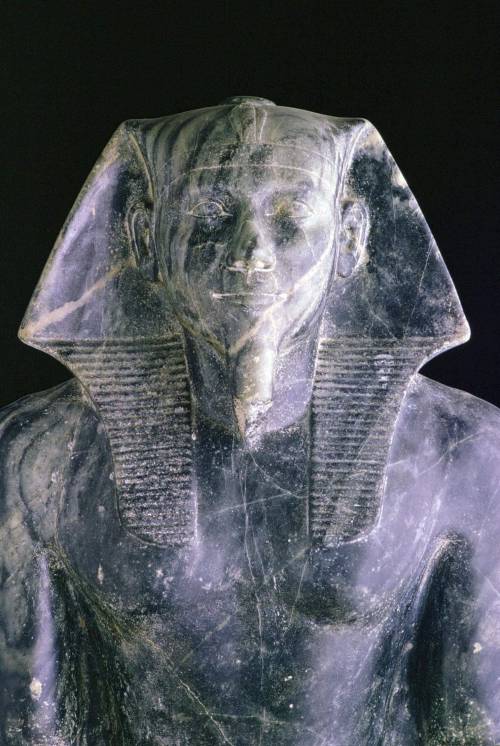 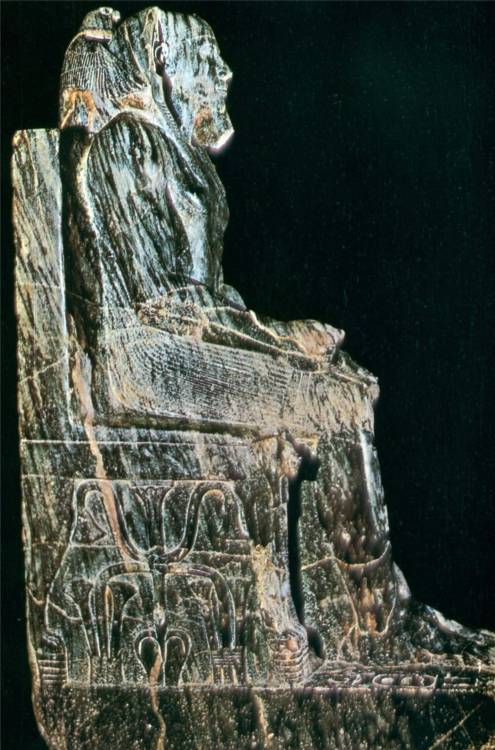 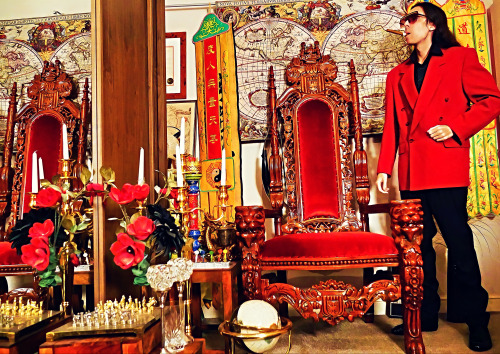 I May write a scene like that? but it wont be for a While so I’ll just tell my thots now

it’d b like a short-leave. maybe Luz was shoved back onto the surface during some Intense Moment to b extra dramatic or maybe she (sort-of) accidentally ended up there. but i also dont feel like making Luz leave without saying goodbye so she definitely gets that in (tho possibly v quick n short ones) before shes suddenly back on the surface. she comes back after only a few days, for sure, but everyone was a mess afterwards. all mopey and trying to move on from Luz bc yeah, they knew this would happen, no need to cry abt it. journeys over.

Willow & Gus had their parents back, the Blight trio were free from the Emperor (or maybe Luz returned to finish off Belos for good, again, this is far in the future and I haven’t decided yet) and just kinda. hanging out. Eda isn’t left with much other than what she started with. her old shack, Owlbert, and King. but ‘found family splitting up at the end’ is the bane of my existence so u KNOW that they all still stuck together n became a lil ragtag group that hung out every other day trying to like. cope w Luz being gone.
n ngl Amity may have started to try doing the ‘keeping character from leaving and almost kinda Forcing them to stay’ but realized really quickly that it was a dick move and, well, its not her choice to make. doesnt mean shes not Big Sad Gay for a while tho.

but Luz comes back only after a few days and after explaining it to Camila n showing off her lil bug family (and absolutely hides the more not-safe aspects of the Boiling Isles) and boogies on over every other day after school n during the weekends through some like. way she found to travel back n forth. or maybe it takes a year or few for her to accidentally stumble back in again when everyones had their Character Arcs™ completed and the Full Gang Gets Back Together: Now W More Shenanigans To Cause

Imagine him putting ALL 800 songs on the new Breezy album🤯🤴🏾🖤🔒

The report’s release was awaiting the call said a source. The release also was delayed as Salman’s son and the de facto ruler of the Kingdom; Crown Prince…

the king has returned 👑

Eda: *holding one of the bat queen’s crying babies*

Eda: shh don’t worry, one day you’ll learn to do this on the inside

King: you scare me

“Ya know when he first played me the Deuces record I didn’t like it at first!”

“Tyga you should probably listen to this dude. He does aight!” (talkin bout Breezy)

The fact that the record Deuces was sooooo damn successful and got nominated for a Grammy and a Billboard award however, Tyga didn’t like it at first!😂🙏🏼😂

Reasons Why They Would Work:

- Would treat Nancy like a princess and just spoil her with gifts to the point it’s overwhelming and he actually gets a THANKS.

- You know how Olaf in frozen gets a flurry to keep him cool? He’d have Ten make an articial cloud or something to keep her cool no matter where she goes.

- Also doesn’t mind the fact she’s a little bratty, he’d love it! Plus, considering how Queenie treated him, he can handle whatever difficulties come his way.

Reasons Why They Wouldn’t Work: 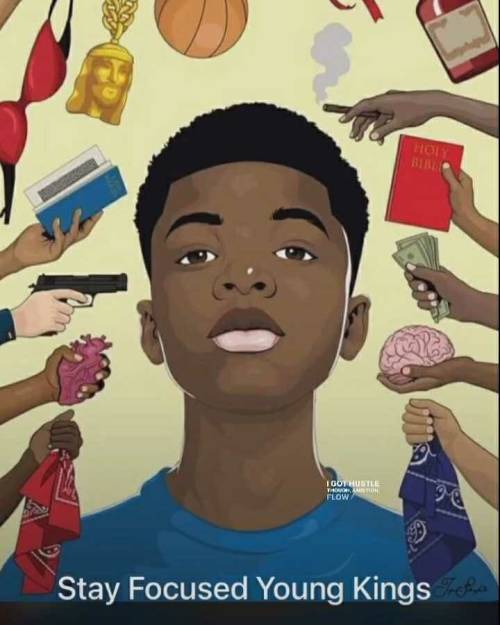 I think I’m going to make it where King and Queenie are actually just engaged to each other, Don and Charles made a deal that they would marry to strengthen their crime empires and so. Queenie isn’t happy with it and just cheats on other boys because they’re technically not married, they’re not even really dating in her opinion, but he’s still hers.

He’s not allowed to love anyone else but her, no matter how much pain it causes him, and he endures it. His father tells him they can always cancel the marriage, his mother and his sister are begging him to dump Queenie and find someone else, but King wants to go through with it. Because he just thinks she needs more time, after all, there have been times where she’s been genuinely affectionate to him and loving. Plus, it’ll strengthen his family’s crime empire!

But he sees all the other couples being happy with each other, boyfriends surprising their significant others with flowers and gifts, and the significant other always responding in excitement and thanking them instead of throwing the gifts back into their face and telling them it was: “Too cliche.”