Guys!!! What if Roald makes Kel his Champion?!

TakiN in the morning sun
2nd cup 9f coffee under my thumb…
Baby Kitty showiN some LooVe…
This is content…
I dont ask for much…
I expect 3v3n less…
Coping with Financial stress
Govt DraggiN me through this mess
Gimme my PhuKKiN money already
Did we forget
2020 was utter bullshit
FeeliN like a noose around my neck
Made zero and Covid got me strapped
But thats the past …PhuK That…
These are the 2 sides of me
Bout to explode …so step back
Would hate to ruin your day…
But Politicians and today’s world
got me all wacked…
Wooosaaaah…
as the breeze reels me back…
And the soft sounds of music
Break the anger down….
The birds singiN in Surround sound
I lift my energy back to higher ground
As the physical side of me…
Struggles to keep my Feet
Planted on the ground
As failures resound….
KnockiN me down…  I get back up and
BooM down another round
FeeLiN Like a #king or #champion
whos lost his belt..or crown …
I might be on bended knees
But I aint down…
Call me a Joker…but I’m no clown…
Imma fighter pound for pound
Imma Rhymer..noun ..to verb to noun
Imma singer TryiN to MooVe a Crowd
I’m just a Man .. #Humble..
Gotta Lot to Live for…
Never doubt…
I scream that shit out my mouth !!!…
Wife and kids make me super #proud
Imm strike out time and time again
But Cuz of them Imma never go down… 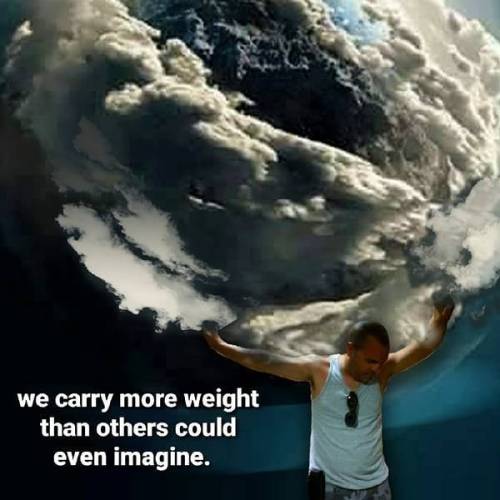 This is actually crazy to me but I’m almost at the last boss of Dark Souls 3 aka Nameless King and I’m having a great time. The sun is out, the breeze is soft, the snake people are here, the moon shines just in the distance painted within a beautiful cloudy sky.

A relief from the world of Ash I had to drag my ass through. Know what’s worse than sand? Ashes.

Hello again fellow Netherrealmers. Now that you are all caught up on Spawn’s history, it’s time I told you why I’ve summoned you here. You and others have probably been wronged by Heaven, Hell, and even purgatory. If you truly want a safe haven, then this is the place to be. It may look like Hell, but you’ll find its allies more heavenly than you’ll ever know.

Under Spawn’s leadership, we bring true justice to our worlds. We can protect those closest to us and even purge the 10 hells. Anything is possible when Spawn is at the helm. Admit it, we’ve all done things in our pasts that we aren’t too proud of. But if you really want things to change, BE the change! Rise up and show the injustices what you’re truly made of.

#at first i was just having a silly laff at some of the execution choices#but the more i thought about it the more i saw some real shortcomings in narrative & execution#think theres a failing in 1) foreshadowing hop has cracks in his FUTURE CHAMPION-level facade#& 2) establishing bede as anything more than some snot-nosed bully#its like 'aw shit ive been king of the world this whole time but kevin called me a doodoo head so i guess im a doodoo head now :('#think it was an oversight making hop always a step ahead of you & on top of the world#but bedes execution is legit all over the place & it brings down hop too when bede is a pivotal figure in his character arc#terr does the talk#pokemon#anyways i thought it was funny bc they wanted to be serious by not showing hops face for an entire scene#it works at first but then they zoom in on the back of his head for like 7 lines of dialogue#& its awkward & i get what they were going for & i respect it#but it kinda comes off as 'we want a serious close shot but we are not confident in our ability to emote this character in a serious manner'#LOL#anyways i studied english thats why im like this#no h8 btw i love all the rivals & i criticize BECAUSE i want better for them#long tags
0 notes
castielreigns
Text

Miles Morales faces off a Symbiote Dragon which was tearing up the city. Miles hitches a ride and before the Symbiote goo on the dragon could engulf him, he zaps the dragon and the goo. It turns out that the “Symbiote Dragon” is actually an alien dragon (presumably the Makluans, Fin Fang Foom’s race) which was enslaved by Knull and his symbiotes to be used as steeds and brute forces in Knull’s army. 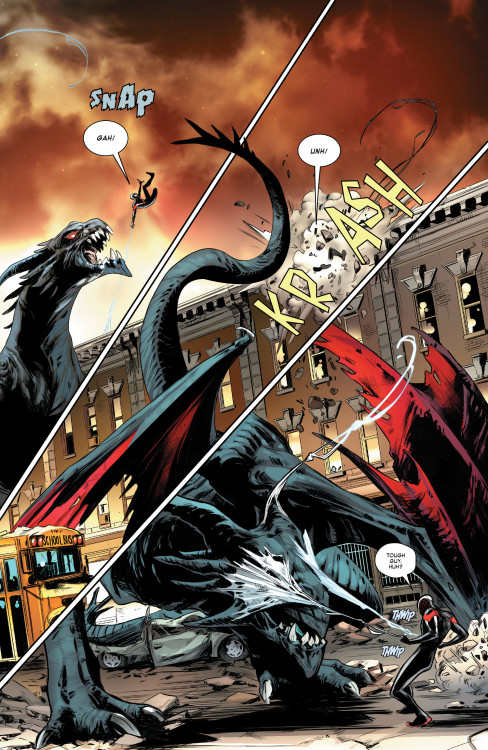 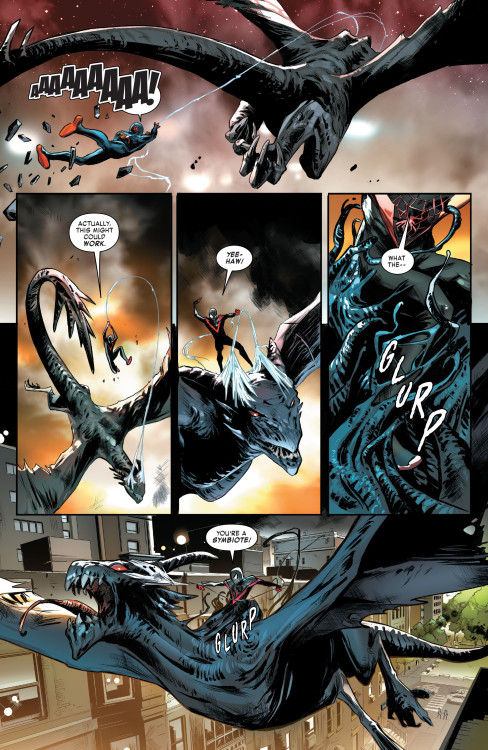 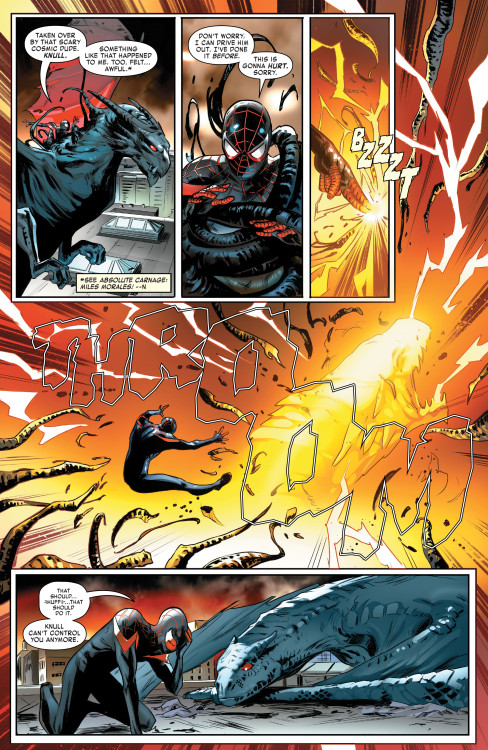 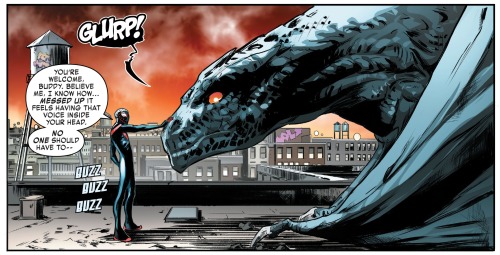 A preview of Miles Morales Spider-Man #23

There are symbiote dragons in Brooklyn, but that’s not the worst thing Miles has to face today… Knull has taken one of his best friends and is using them to go after the Spider-Man he met back in ABSOLUTE CARNAGE! Will Miles sacrifice his friend to save himself? 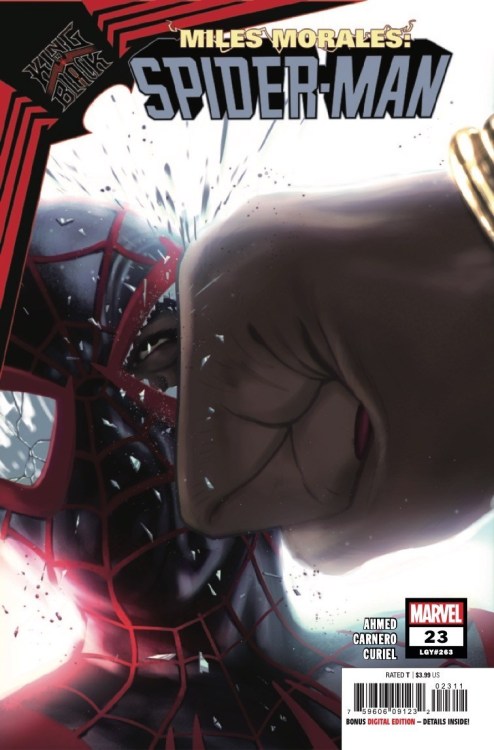 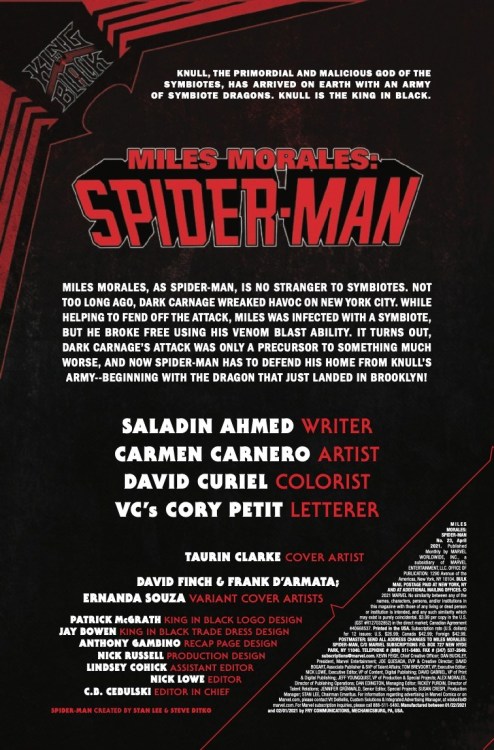 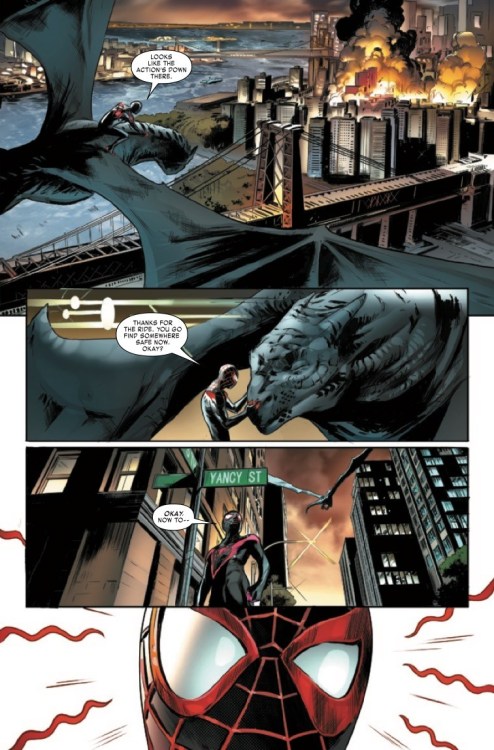 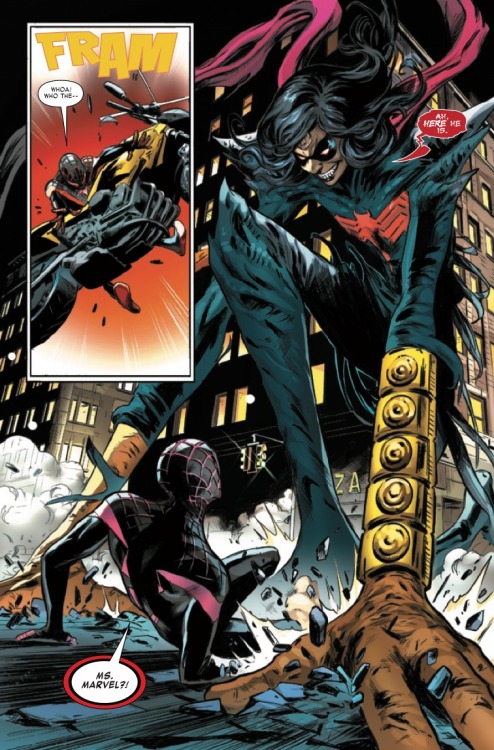 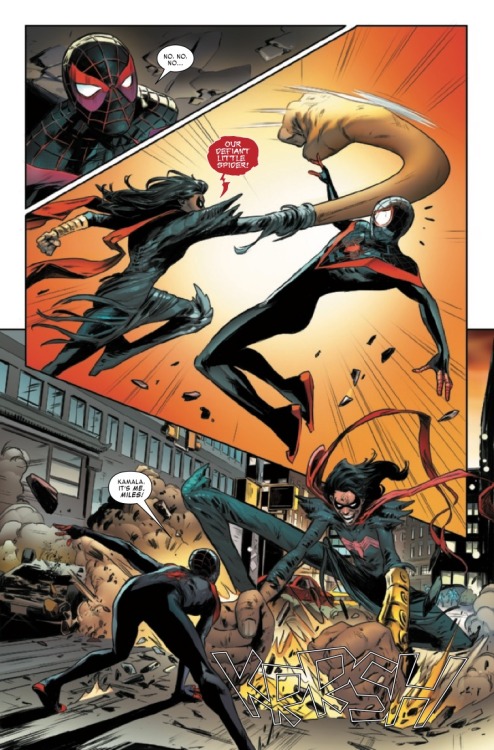 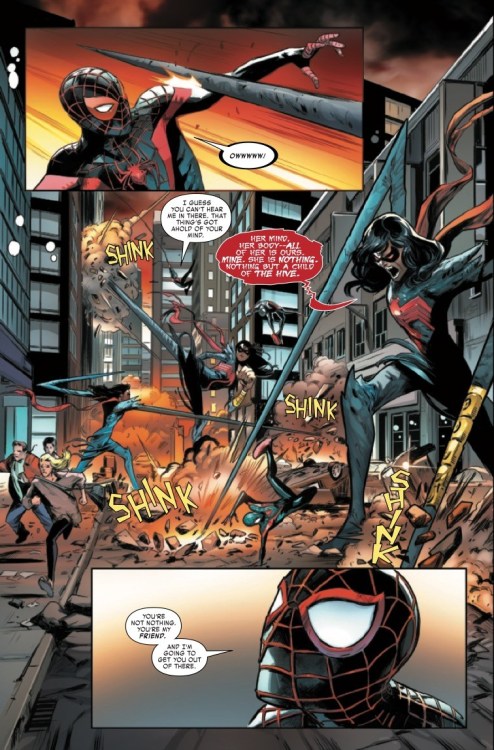 #[mt if you don’t want spoilers don’t read these] JUST EVERYTHING ABOUT THE ENDING..... FUCK#the champions finally passing on peacefully [also King Rhoam Bosphoramus Hyrule but i don’t like him]#zelda openly going good lord we are going to have so much trauma weighing on our fragile teen psyches forever#but also apparently getting over her worst insecurities from the past! good for her!!!!!#and the implication that they intend to give all the champions’ people some form of proper closure if not at least the zoras#it’s all just. really good it’s so good i love this fucking game so much#only took me two fucking months
2 notes
paladinsconfessions
Photo

To our special community, courtesy of Mod Torvald and Mod Inara <3 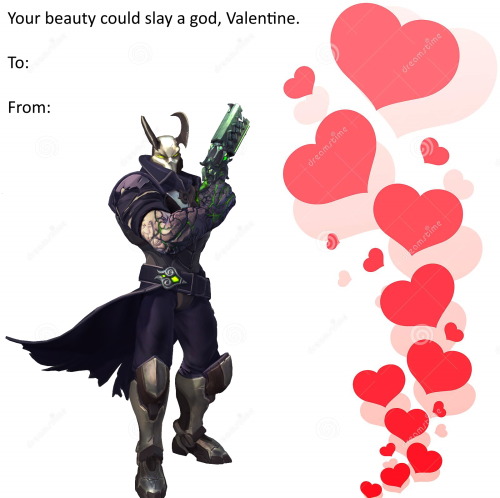 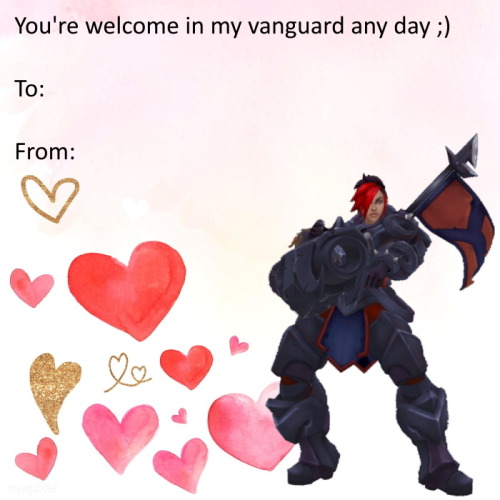 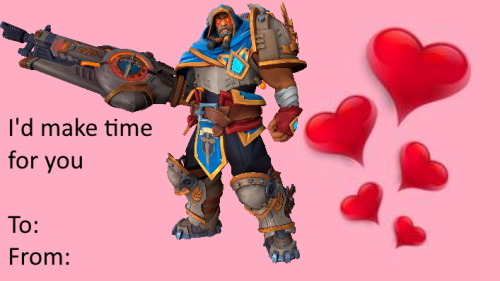 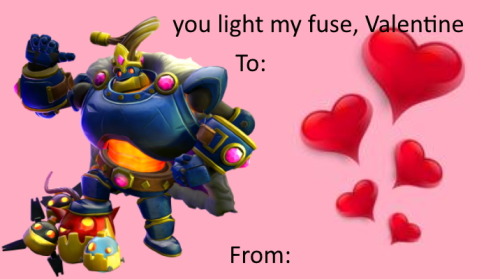 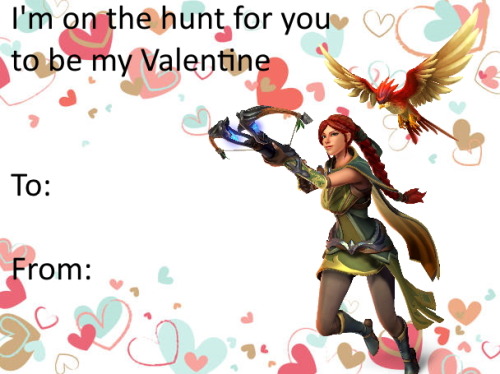 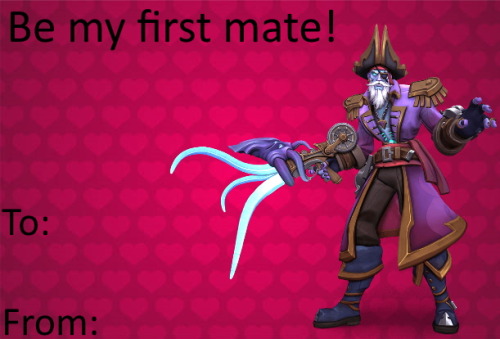 I’m also taking requests. Just let me know the theme/colour or send a few photos of the driver/s you’d like in it (Doesn’t have to be F1). I will make a desktop and phone version of each request.

An Insider’s Guide to Throne of Glass: Chaol’s Yulemas Gift to Celaena, 2/?

“So,” he said, flicking her nose, “how long have you wanted-”

“I don’t see how that’s any of your business, Captain Westfall. And I won’t tell you until you tell me.”

He flicked her nose again, and she batted away his fingers. He caught her hand in his, holding it up so he could look at her amethyst ring- the ring she never took off, not even to bathe. “The Yulemas ball. Maybe earlier. Maybe even Samhuinn, when I brought you this ring. But Yulemas was the first time I realized I didn’t like the idea of you with- with someone else.” He kissed the tips of her fingers. “Your turn.”

“I’m not telling you,” she said. Because she had no idea; she was still figuring out when it had happened, exactly. It somehow felt as if it had always been Chaol, even from the very beginning, even before they’d ever met. He began to protest, but she pulled him back down on top of her. “And that’s enough talking. I might be tired, but there are still plenty of things to do instead of going for a run.”

The grin Chaol gave her was hungry and wicked enough that she shrieked when he yanked her under the blankets. 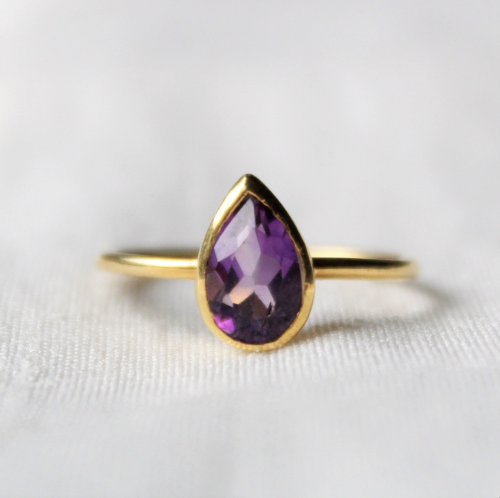 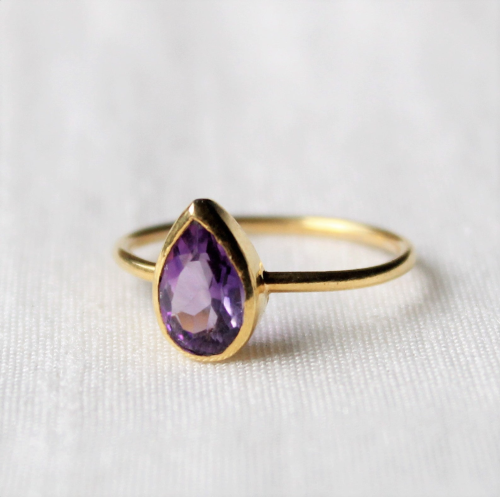