Here’s what pets would class 1-A have (just my idea) Bakusquad version:

Eijirou Kirishima: Both cats and dogs (or any animal he thinks it’s cool)

Rest of the class

“What the hell is this? That supposed to be an heart!!!”

This is a profile picture for Instagram (@dynamight_redriot) and TikTok @dynamight_and_redriot) I started with a friend! Soon we will also add cosplay 🖤

what bnha characters do on your birthday

Hi these are just some random headcanons of things bnha characters would do on your birthday. If its somehow your birthday today, happy birthday to you and enjoy your day!

Before It All Melts

Bakugou, to Kirishima: You are too good for this world.

Bakugou: I’ll be an asshole for the both of us.

A/N: Inspired by a tweet I saw where someone asked what you would call a strawberry flavored cranberry. My response to them was “KiriBaku”. It’s KiriBaku.

Who do think is hornier?

Todoroki: Wouldn’t take any to spit his father though sometimes tags along with Izuku or watches Iida

Introducing our first Guest Writer, Kitty! Her gritty and immersive world building sets the tone for her atmospheric narrative flow, and her niche style brings a unique voice to our zine.

Update for Lose Somebody should be up in the next 10 minutes. IT HURTS DO NOT HATE ME

REMEMBER HAPPY ENDINGS ONLY IN THIS HOUSE 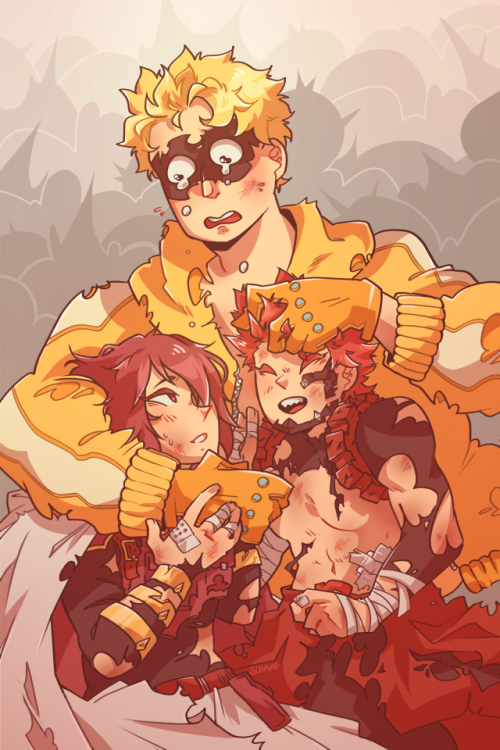 The picture quality for all of these is gonna suck ass so just-
Bare with it.
Kirishima ft. A shit ton of notes I apparently didn’t feel like cropping out, just ignore it.
The name at the bottom? Old username for a lot of shit, it’s now migrated to a variant of that for my discord username and something completely different for like, half my other accounts on shit. 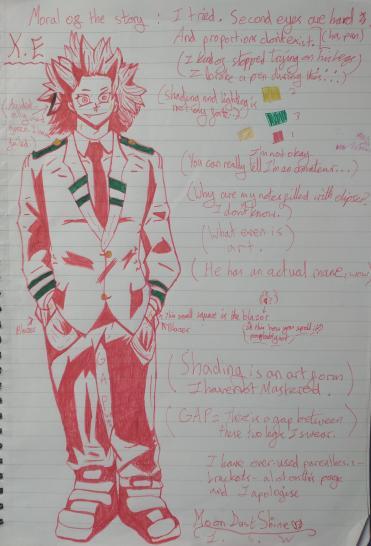 For some reason I was like “What if Kirishima was Hidgens” and I ended up drawing this.
The picture quality sucks ass, but I can’t be bothered to go find the notebook it’s in and re-take the photo, so-
We ignore the hands.
We always ignore the hands.
The thing he’s holding is supposed to be an Alexa, doesn’t look like one though. 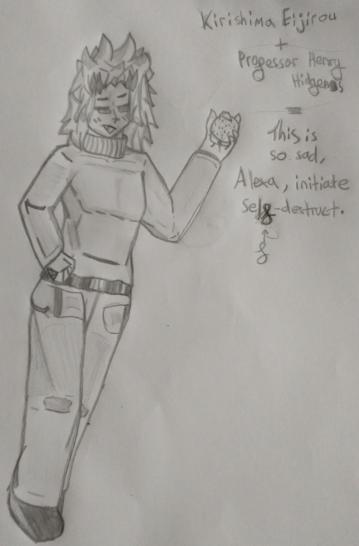 S/o having a fan only

↳︎︎ ＼(￣(oo)￣)／ dunno I like this idea so much for some reason

Bakugou: Child approved means kids like of it, not that it’s a fuckin cuss word that kids can use