is kasamatsu a power bottom? who’s to say

#kisekasa, #the latest title meme made me Think, #i am to say yes he is, #kasamatsu yukio, #does my sudden appreciation for him mean i'm gonna read that aomine/kasamatsu fic jake wrote, #wHO'S TO SAY, #gdi why do i get in moods like this just as i gotta go to work, #shut up vee
2 notes · See All
taigainsideAnswer

synopsis: Kasamatsu works at a boba place, trying to make ends meet. His mother is sick, and since his younger brothers are assholes who don’t care for family and his dad ditched them for another woman as soon as his mom’s diagnosis was released, he’s stuck with caring for her, a responsibility which he takes on willingly, but it doesn’t leave much space for a private life on his own.
Kise has a favorite boba place near the studio he frequents in - or more like, he has a favorite boba person. Kasamatsu belittles him when everyone else is too caught up in his shine to even treat him as a human being, and the appeal is way too good to not try to go after this closed-off employee. And whenever Kise decides on something, he goes all in.

#ask and i shall answer, #kisekasa, #idk where this came from but i'm loving it, #kasamatsu draws dicks on kise's cup and gives him extra tapioca even though kise loathes tapioca, #kise is Smitten and suave and very persistent, #also they have the famous person - oblivious person dynamic, #'name?' 'kise ryouta? i'm on magazine covers???', #'i don't read magazines. did you say your name was kuse?', #he never gets his name right, #let's pretend boba places have the same dynamic as starbucks okay, #let me have this much projection
3 notes · See All
taigainsideAnswer

💘: who developed a crush on the other first?

Kasamatsu thought Kise was too full of himself and Kise thought Kasamatsu was annoying. They met halfway and warmed up to each other gradually.

💝: who spends more time (possibly overthinking) what presents to get the other?

Kise’s pretty good at getting gifts! He probably knows what to get Kasamatsu for Christmas several months prior, whereas Kasamatsu has had several breakdowns in shopping malls because he couldn’t for the life of him figure out what’d be a good birthday gift for Kise. It’s likely because he thinks Kise has everything he needs, and has a hard time thinking of it as like “something small and mindful is fine”, like Kise often tells him to. Whatever he ends up getting, Kise’s out of it with happiness.

💙: who is more protective?

Kasamatsu, once he learns that Kise can’t protect himself for shit. And he just generally tends to get fussy about Kise’s wellbeing.

💚: who tends to get sick more often? who is better at taking care of the other?

One thing about being a model is that you’re wearing unfitting clothes for unfitting weather, so it’s not rare for Kise to catch a cold from the AC in the studio or going out in the cold for a cig in just a shirt and some shorts in between shoots. Kasamatsu looks out for him once he does, but Kise’s also better at taking care of him on the rare occasions Kasamatsu catches something instead of him.

💛: who believes in soulmates?

I wouldn’t say “soulmates”, but Kise has a pretty romantic idea of being in love and having a person just for himself, like they were “made” for him. He often thinks if it’s fate that he was dragged into basketball in middle school and happened to apply to Kaijou just to lead him to Kasamatsu.

#ask and i shall answer, #kisekasa, #oh i never really paid any mind to this ship but it's certainly a good one, #thank you rachel!!!!!!!!, #knb headcanons
7 notes · See All
i-ship-everything-i-wantText

They are the ones that I love

OK Y'ALL IM OFFICIALLY ON THE KIKASA BANDWAGON WITH THIS SCENE, IM DEAD, IM SO DEAD IVE NEVER SHIPPED ANYTHING SO HARD IN MY LIFE!😭😭😭🌸🌸🌸

Kise acknowledging Yukio is my kind of ship content. Yes. 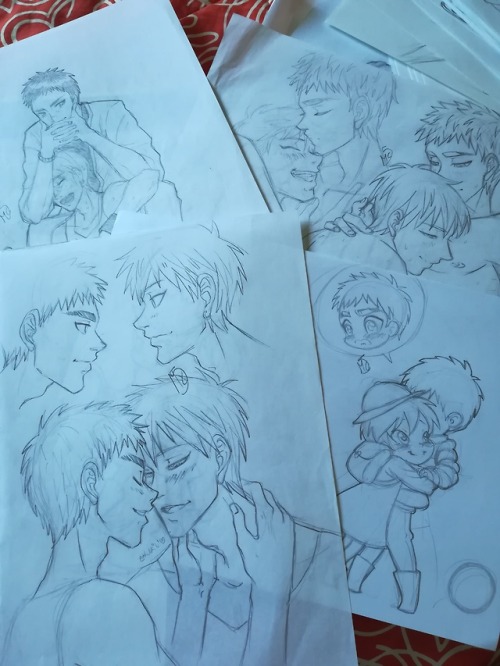 When your bae not ready yet

- Summary: When Kasamatsu notices one of Kise’s fangirls acting out of the ordinary, he is intrigued and tries to ask him about it, but apparently Kise is a little more complicated than Kasamatsu originally thought.

Moriyama and Hayakawa were not surprised at having their training doubled. On the plus side, Kise and Kasamatsu had a fun date.

I do facebook requests now so go ahead and ask. So rules for text requests: no jabberwock and plot and pairings if any please.

Edit: To @lolygothica for helping me with Kise. Thank you sensei~ also sorry for the blurriness. It just came out like this. 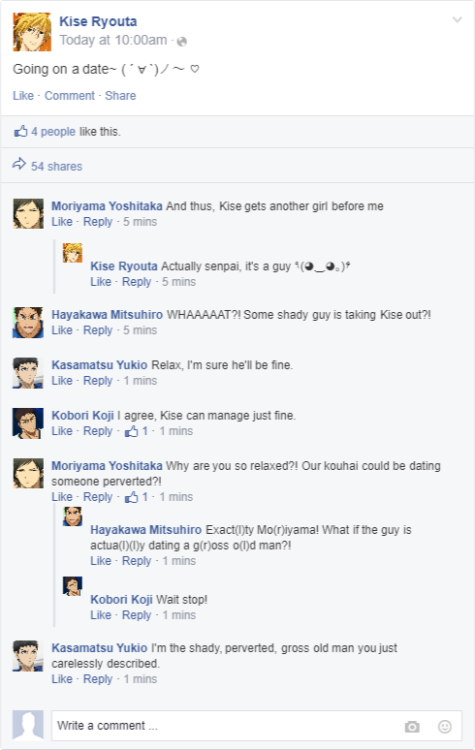 I don’t even know if anyone on here cares about the content I reblog, but I’m really bored and need some KnB ship fixin’! If you have any headcanons you want to delve into concerning these ships- Kagami and Kuroko, Kise and Kasamatsu, Aomine and Sakurai, Murasakibara and Himuro, Midorima and Takao, and/or Akashi and Mayuzumi, pleeeeeease send them in. I literally feel like nobody gives these ships anymore love. Send away~ 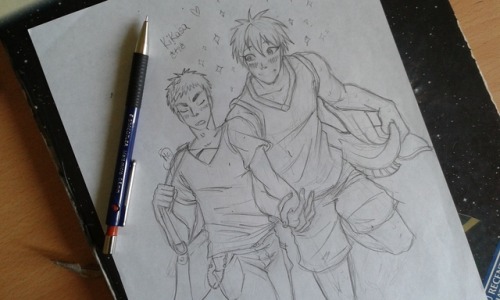 Kasamatsu: *whispers softly in Kise’s ear* you’re a piece of shit and i hate you 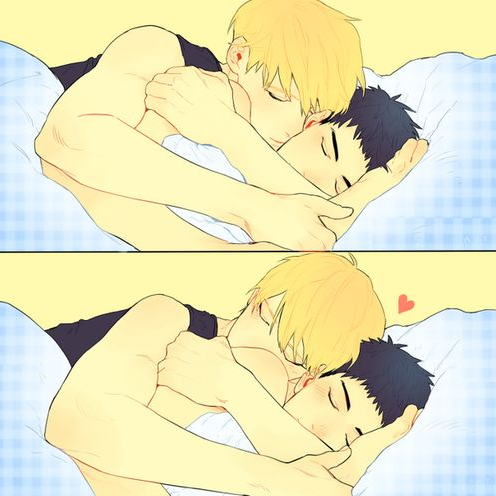 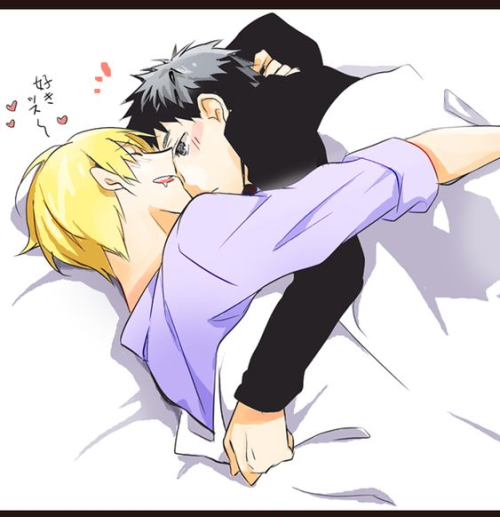 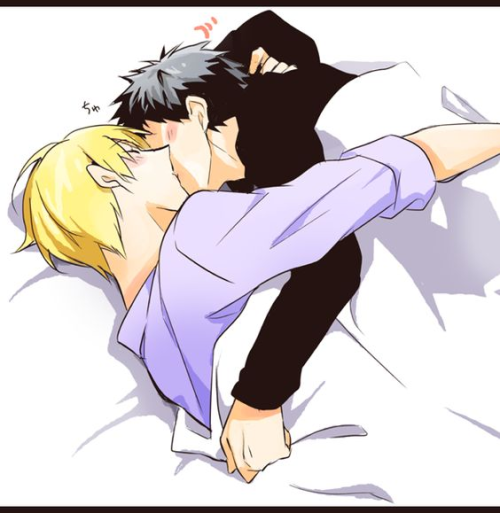 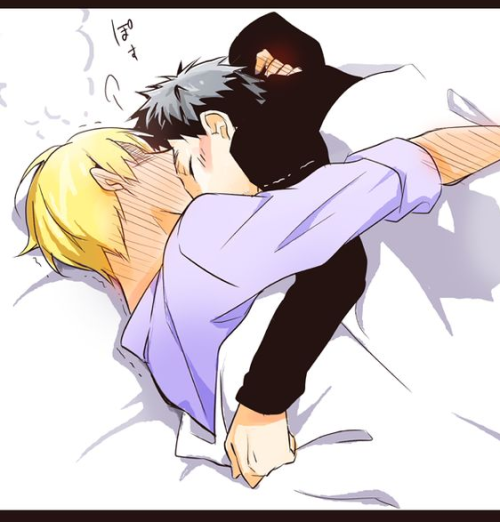 HOPEFULLY THIS TIME IT WON’T BE TAGGED WITH AOKISE 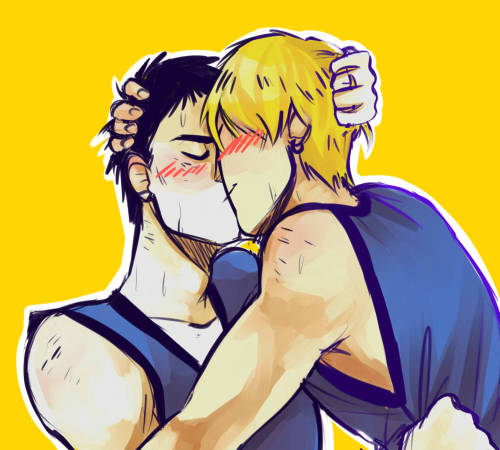 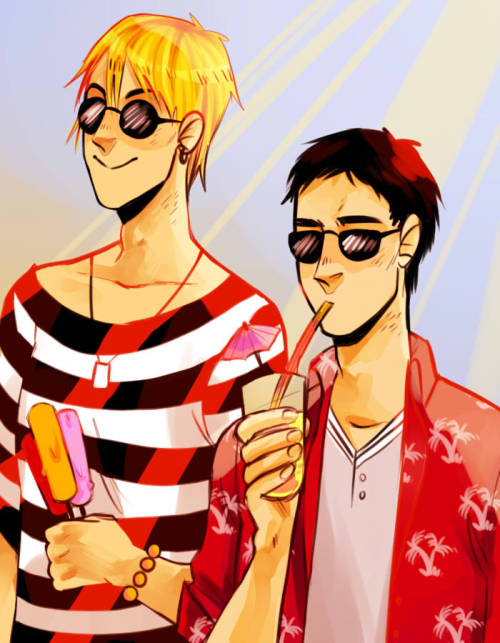 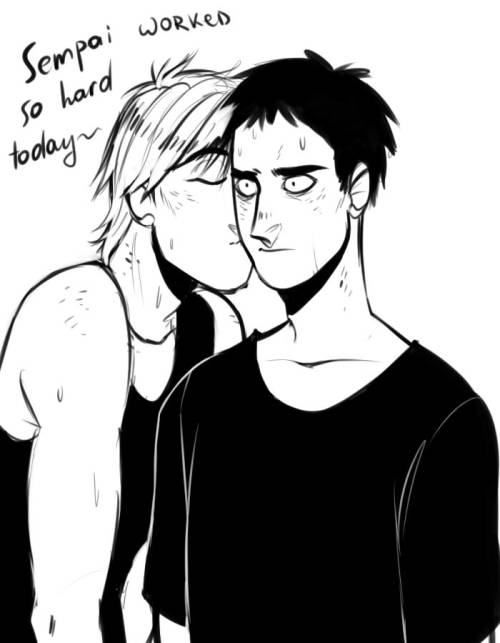 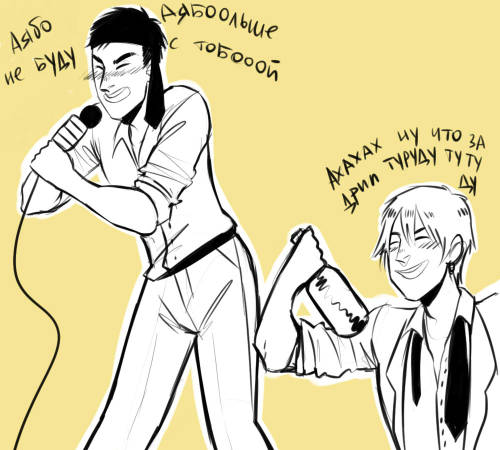 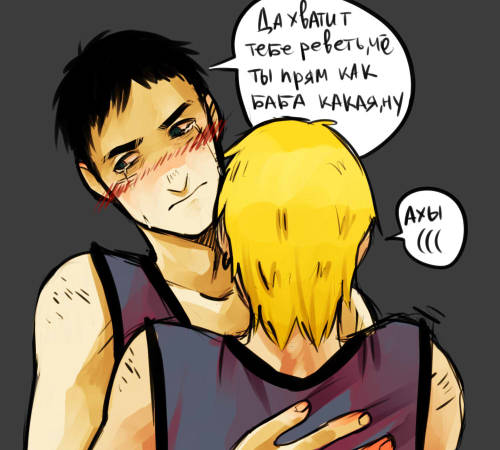 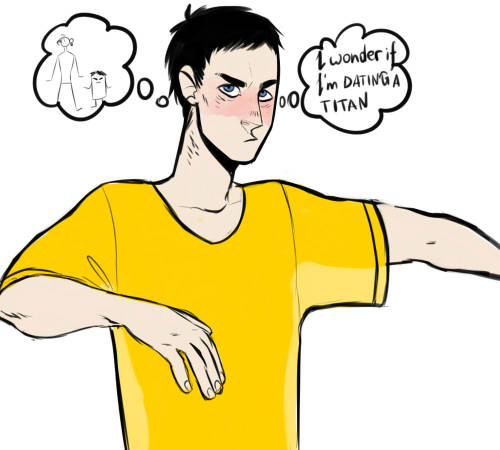 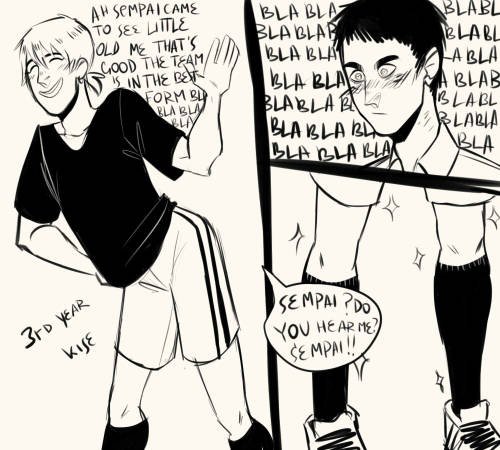 #kuroko no basket, #kise ryouta, #kasamatsu yukio, #kisekasa, #kikasa
275 notes · See All
flightlesscrowkidsAnswer
more details for the dragon thing: when your brain 'meshed' with the dragons you either got scale/the illusion of scale patches and your personalities took on aspects of eachother, same with your partner (without the scale part skdjjd) and shared the same room bc it was easier to be close to your partner. i think it was fantasy combat centered ? and the dragons lived in a place similar to the httyd dragons (also you have my explicit permission to write a drabble if you ever want to :3)

omg, anon, this dream sounds so cool?? This is fucking awesome, I’m definitely going to write this. Your subconscious loves all the same tropes I do, lol.

<3 <3! Throwing this in a “dragonrider au” tag so I can check it when I get around to writing something for it. also if other people have thoughts let me know bc I Love This