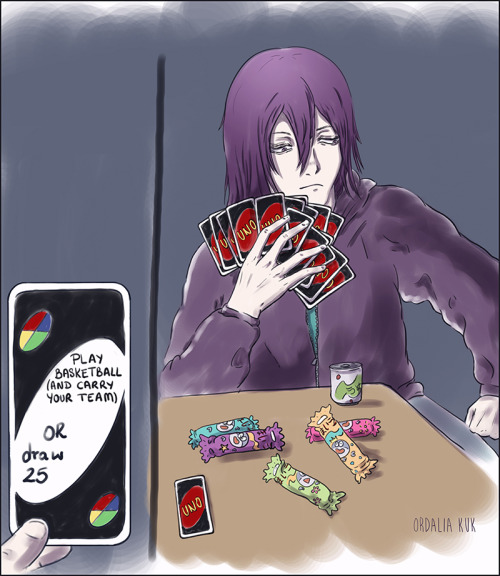 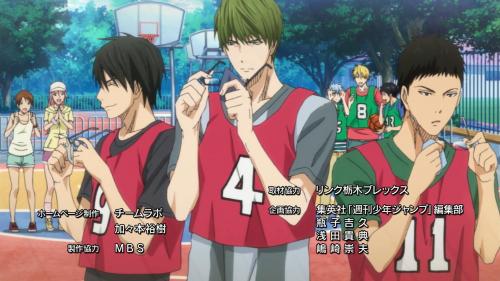 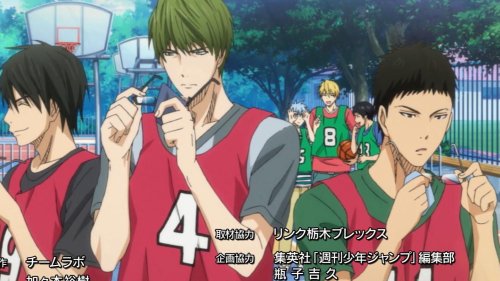 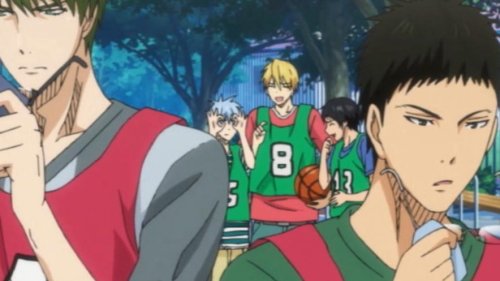 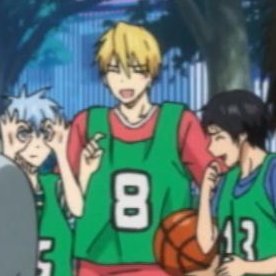 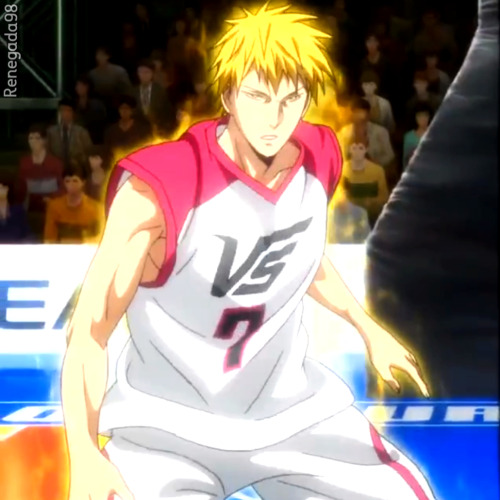 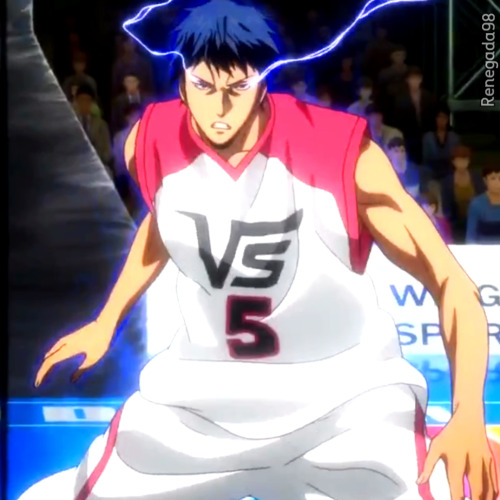 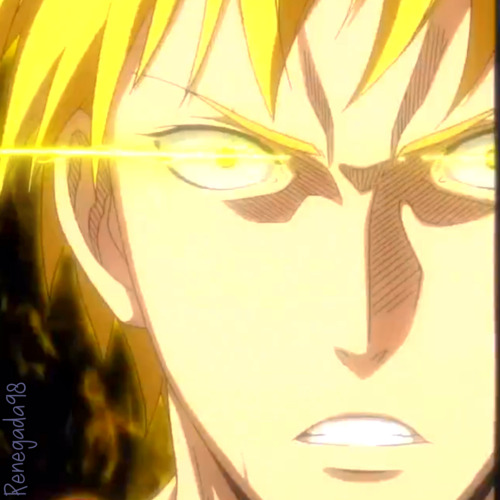 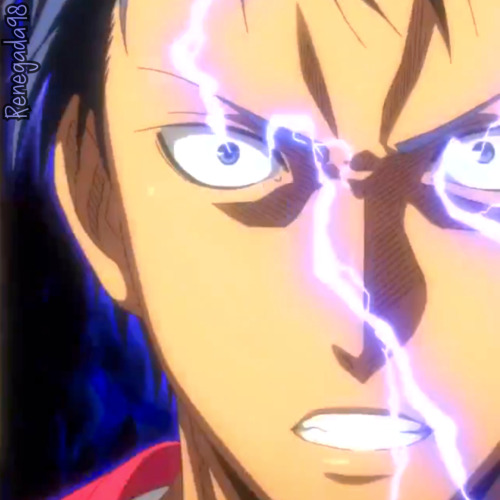 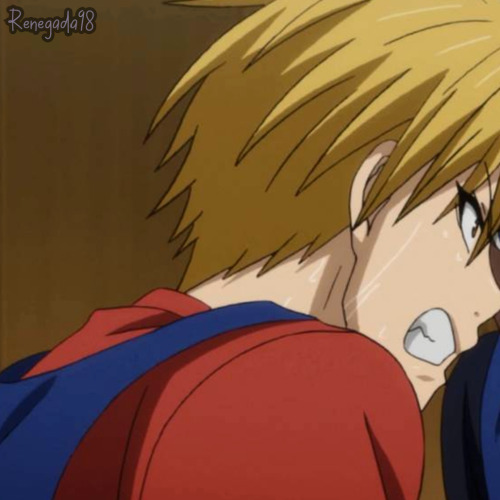 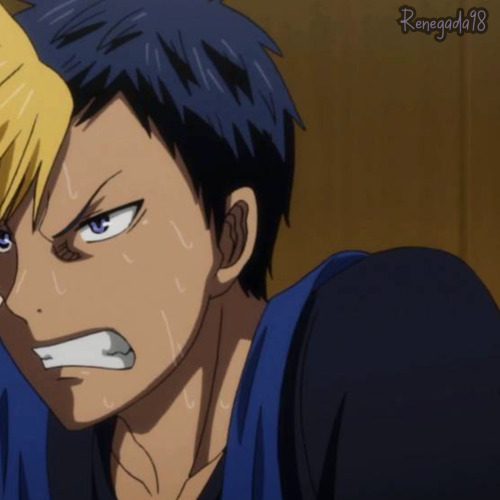 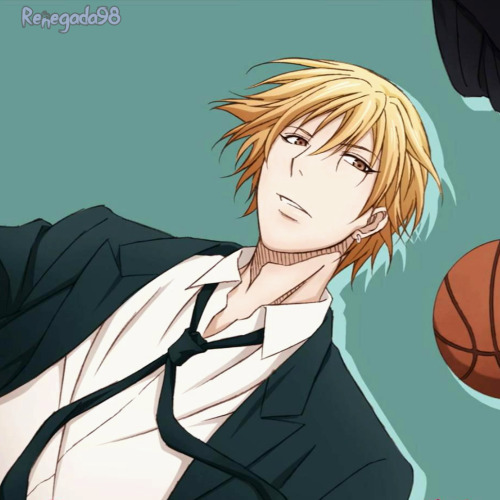 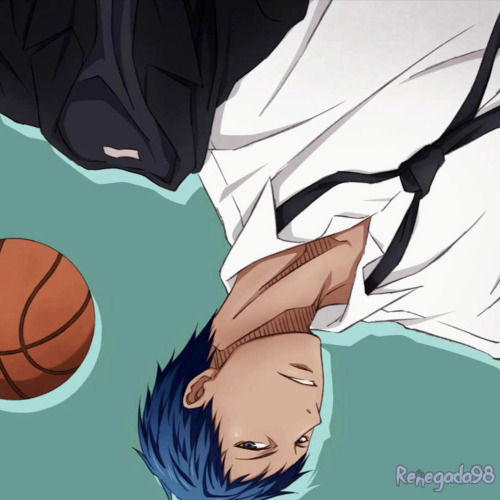 Request: GOM having a movie night (or any kind of get together) and AoKise (especially Aomine) do a lot of PDA. [ @hkbs-world ]

“Can you fix yourselves, and just watch the movie?!” Midorima snapped, when he had enough of the chaos that is happening right before his eyes.

It has been 6 months since the gang got together. And Momoi being Momoi, she organized a “movie night” which took a lot of effort, and bribery so that the movie night would actually happen. It was easy to convince Kuroko, Akashi, and Kise since they are always down for anything. Akashi bribed Murasakibara with large packs of cookies, potato chips, and maiubo just so he would join the movie night.

Momoi asked Takao to convince Midorima, and Midorima being the tsundere that he is, he told Takao that he won’t go, but the green haired boy showed up the earliest at Momoi’s house, which is the venue for the movie night.

Momoi had no problems convincing Aomine because his boyfriend, Kise, is going, which means he would definitely not miss the movie night. Aomine and Kise did not see each other for 2 weeks now, which is why Aomine was so excited about the movie night.

Idk what to write other than: 🥺Kuroko. Referenced from TXT Can’t You See Me?

I said I had a KNB idol au agenda, so here’s Midorima

The pic is reference from Seventeen’s fear

Akashi had his eyes on you

No, not because he’s interested in you, well maybe he is but on a completely different context. He wants you in the team, after some time of being classmates he already took note of your observant nature and how good you were at plotting

Sure they were already strong, he knew that all too well. But a strong team needs a reliable manager, someone who could work well with them. Someone who could give them information that would give them the upper hand and help them in winning against even the strongest team that seems impossible to win against

And you were that person

Does he sound too sure of himself? Perhaps so, but he knows about how good his judgement is, from Kuroko to Mayuzumi and now you. His intuitions never failed him and this time he’s one hundred percent sure that you were someone the team was missing

So he didn’t miss a beat and walked towards you

It was a sunny day, you were in the library, hiding behind the shelves of books that surrounded you, concealing you from the other students inside the place as your eyes moved from word to word in the book you were reading, smiling at how the writer describes the fictional so flawlessly

But someone broke through your concentration

You felt someone’s presence behind you, turning around you were faced with the red-haired emperor standing behind you. A smile on his face as he takes in your appearance but despite the warmth of his smile, it didn’t reach his cold heterochromatic  eyes

“Do you need anything?” You asked in your most polite voice possible. You knew the power the Akashi’s hold and this successor’s capabilities and you didn’t want to risk yourself with anything that could offend him

“You caught on fast.” He let out a small laugh, “So I’ll get straight to the point.” He straightened his posture and the aura around you two suddenly became serious

You were amazed at how he seemed to control the air around him, one minute it was comfortable, next it was serious. Maybe it was his eyes or just his mere presence but you’ve already figured that Akashi wasn’t as normal as a first year as you. He’s the leader of the Generation of Miracles and considered a prodigy, not just in the court but outside as well

“I want you to become our manager.” He stated while you were left in shock, why would anyone want you in their team? You weren’t sporty and you sure as hell didn’t know much about basketball

“Excuse me?” You asked, completely taken aback by his calm composure, “I think you’re talking to the wrong person.”

But he just smiled

You didn’t know whether to feel reassured or scared at his smile, it hardly reached his eyes and that scared you

“You enjoy watching people, notice their movements and can easily take in information and plan against their strength and use them as their weakness.”

Your mouth ran dry at what he said, sure you liked and you were sure that you were good in those things but you wondered how he managed to find that out? Or how he noticed it

“What I’m saying is,” He took a step towards you, “I think you’ll be a great asset to the team.” He once again smiled at you, already knowing that you were going to join and if you weren’t then he was going with plan b

the duality of kise ryouta is unbelievably hoT AND SEXC. i wish the anime depicted his duality more accurately 🥵🥵🥵🥵

A very low quality and shitty edit born out of boredom