Why is tumblr saying you asked me this, when you’re spitting straight facts

Arima was always and will always be exactly what he is now: the Reaper.

He is not tied to any specific faith, yet his name is spoken in all tongues and all kinds of voices. Hopeful, fearful, resentful. They all know his reputation.

They all know that he’s a killer, and it is for this reason that their opinions of him are divided.

The world is more of a sliding scale than they may think.

So yes, he kills ghouls. But one very small, yet infinitely important fact of his life has been blotted out with tales of heroic apathy in the face of overwhelming odds; the black and white morality of good versus evil in a world where all that exists is a scale of grey.

He kills humans too.

As the Reaper, it is not his place to pass judgement on who is or is not worthy of life and death, so he does not ask. He swings his sword, his club, his shield, and he comes to rest with red-stained hands and not a flicker of doubt in his mind.

He is a puppet with too many strings, all tangled together until all he is capable of is the only thing every one of his puppeteers have in common; their singular collective purpose in the small part of the world they occupy: to control lives that are not theirs to control.

So Arima does what he thinks anyone would do if faced with his situation.

He cuts the strings.

The Reaper does not belong to any one faith.

In his last moment of being, watching the thinly woven lines of fate wrap around his appointed successor, neither does he.

Arima: Where? I’m low on gas and you need a jacket

#tokyo ghoul, #kishou arima, #i am still not over him
1 notes · See All
brave-symphoniaText

Arima has a lot of nicknames.

So Kaneki’s “Death” did mean something.

Shit was going down.

Around you streets were covered in red, pavement wet with the blood of your comrades. It was a suicide mission designed to destroy the roots of the aogiri tree, it was horrifying. Ghouls seemed to rain from the skies and inexperienced investigators fell like flies under the creatures’ attacks.

Arima: Please be Haise’s mom. He is 20 and has many mental health problems.

Akira: I kept my tomogatchi alive for 2 days once so why not?

Wow, Kaneki managed to disarm Arima without having to kill him.

I guess Arima had other plans. 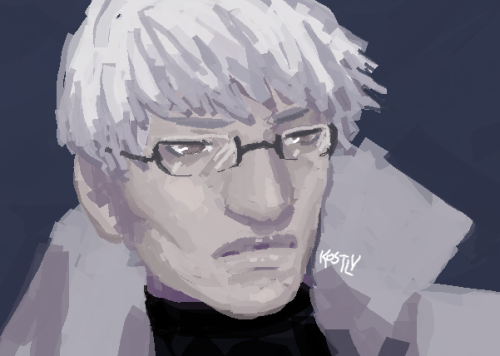 i wanna hold his hand and make him feel loved!!!! like he belongs in the world!!! listen i know he isn’t real, of course, but he just means a lot to me. he didn’t deserve to be depressed. to be forced to live a life he didn’t want to live. i wish that i could give him all of the freedom and love he deserves,,, he’s such a good character in my opinion and just idk. i’ve loved him for years and i think he’s going to continue to stay my absolute fav for a long time. once again, i know he isn’t real, but despite that i’ve grown really really attached to him.

he was a kind man. he cared deeply for haise, hirako, akira, the quinx squad, etc. he really really did. arima never wanted to kill anybody or hurt anybody and if highkey makes my heart ache that he was forced to do that. he tried his hardest to help make up for his actions by advocating for the rights of ghouls in secret. he helped lead them to their well-deserved equality. i respect other people’s opinions but arima was a good man and that’s a hill i’m willing to die on.

i could honestly go one forever about how much and why i love him but maybe i’ll write out a proper list of why at another time. i would right now but i’m rather tired. i’m gonna hop back on my mushiness first a second and say that i really wish i could cuddle w/ him and sleep w/ him okay 🥺 he seems like he’d be super warm and comforting. like he’d be a good person to cry to cuz if he was really close to you he’d hold you against his chest and i just 🥺🥺🥺🥺🥺 my heart is exploding rn i care him so much!!!!!

ok ok arima lovemail over for now!!!! sorry to bother your guys hsjsjsjsj. (i hope i didn’t sound weird!)