The second episode is out ! I struggled a bit writing but as always feed back and constructive comments are always always welcomed !

Also I think a “ship” name for Ella and Stiles could be interesting. I have the obvious “Stella” in head but let me know if y’all come up with something better.

Ella is waiting, sitting in front of the locker room’s door, history book in hand, waiting for her friends to come out. She can very faintly hear their voices as they talk about the werewolf’s girlfriend’s father.

“How people don’t know when they talk loudly like that?” She mumbles to herself, shooting a glance at the door. 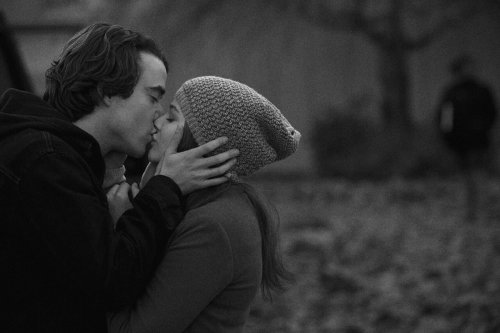 When you come by Maya Angelou

I get nerveous before every test I take

Imagine being Tom’s girlfriend during filming of the first Avengers movie. He visits your hotel for lunch one day wearing a copy of the Loki costume. “I know you like the character, Pet. Let’s put him to the test.” He fucks you like a dominant should and it’s the best sex you’ve shared yet. Then he leaves claiming it unwise to be late.

Hours later, Tom returns. “What a long day. Have you missed me?”

You giggle. “We only just saw each other at lunch. Loved the costume.”

“Darling, do you desire Loki so much, you hallucinate him now? Dirty girl. After I shower, let’s order room service.” He lovingly kisses you. “After that, prepare for an evening of steamy lovemaking.”

Loki from a corner in the room while invisible. ‘This, I must see.’

“Your kisses are so hot, they taste like raging open flames..”

And I feel them so deep, they touch warm parts of me that I feel at the bottom of my heart - eUë, link to Chapter 20, so fuggin’ messed up.. Emma’s Dirty Paradise: Carver.. 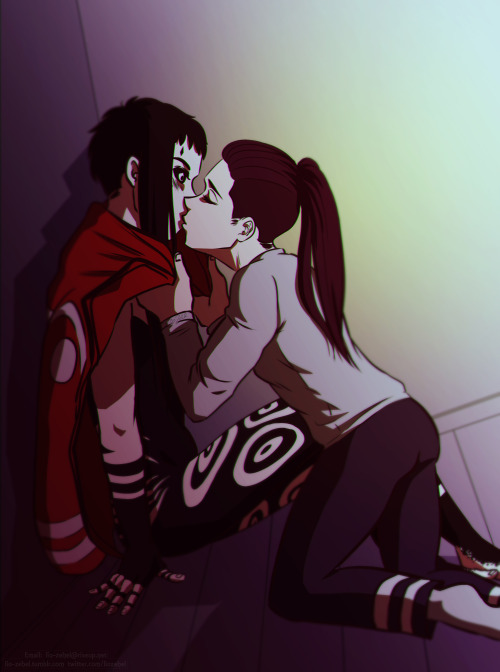 Basically how I imagine the first kiss of each ship (of the main four) to go in GIF form with a little spiel after. Maybe I’ll do another part with like the Deceit ships or something.

Okay, so personally I imagine that in this Roman would be Fitz (the guy) and Virgil would be Jemma (the girl). I think they’d be having some sort of deep conversation or something in the kitchen and Roman has been staring at Virgil so Virgil is like “what” and Roman, in a moment of pure instinct, just fucking kisses him. Virge freaks out for a moment because Roman kinda rushed at him out of nowhere and his fight-or-flight brain couldn’t quite figure out what was happening but once he realized he definitely didn’t pull away and began to kiss back.

He’d definitely remind Roman to give him a freaking warning next time though.

I think Patton would be the guy here and Logan would be the girl. Logan did something and Patton got so happy/excited that his self-awareness kinda went out the window and he just fucking chraged over and kissed Logan. Logan didn’t know how to react and Patton pulls away once he realized what he’d done but after a few seconds (once Logan’s Gay Disaster Brain rebooted) Logan started smiling like an idiot and Patton just had to kiss him again.

I think that, again, Roman is the girl on the right and Logan the one on the left. This is most likely after another one of their passionate but not heated arguments. Roman is enjoying himself way to much and Logan is fighting a smile, so Roman knows he is too. Logan does end up getting frustrated and tries to walk away but Roman freaks out because he’s worried maybe Logan is ACTUALLY upset (he isn’t) and so Roman, the romantic side, does the first thing that pops into his head and just grabs his arm, spins him around, and kisses him. It does take Logan a second because “Holy shit Roman was kissing him” but he gets with the program a lot faster than you’d expect because “HOLY SHIT ROMAN WAS KISSING HIM”

I see Patton as the girl and Virgil as the boy. One of the things about this that make me think of Moxiety is how soft and gentle it is. But mainly it’s the kiss itself. I’m not sure what scenario lead up to it, but I think Patton started leaning in slowly and paused, both because he knew rushing in would freak Virgil out and so that if Virgil didn’t want it he would have plenty of time to pull away. Virgil would definitely want it but might not have the bravery to seal it, so when he doesn’t pull away Patton seals the last bit of distance.

I think Virgil is the guy on the left and Logan is the guy on the right, so I think Virgil initiates this time. Logan was in the middle of some rant or something about something he found interesting and he had this soft smile on his face and his eyes were sparkling. Virgil wasn’t even responding, just watching him with a soft expression. Eventually he kind of snaps, and on instinct (he IS fight or flight after all) he just kinda leans in and kisses Logan in the middle of the sentence. Logan doesn’t even think about it because he’s wanted this for so long and I starts kissing him back before his brain has caught up. Once it has he begins to get closer to Virgil and deepens it.

Patton’s the guy on the left here and Roman’s on the right. Patton just did something nice and adorable and Roman pulled him in but realized what he was doing and hesitated. But Patton didn’t pull away and maybe even his gaze flickered to Roman’s lips so he closes in the rest of the way. They end up not being able to kiss for long because they’re both fluffy idiots and end up smiling too much, but they’re happy so it doesn’t really matter.