“Nah, ah, ah,” Ashley sings more than speaks as she circles the chair, running fingers caked in blood up to the knuckles over the torn, stained tank top of the woman tied to it. “You’re bleeding too much, pretty-pretty, and you die on my terms, not yours.”

The woman coughs, and shudders as fresh blood wells from the marks over her abdomen, trickling down to soak into her blue jeans and drip onto the floor. “I’m n-not-… not trying to die, I sw-swear, you f-fucking-… cut me-”

“Sssshhhh, I know.” Ashley pats her on the head, and the woman tries to flinch away from her touch. Ashley leaves streaks of drying brown-red on the woman’s scalp. “I know. But it’s your fault for bleeding so much. I guess i’m going to have to do medical care on you.” She looks back at the woman, cocks her head to the side, and smiles. “I need you to live a few more hours, I haven’t eaten in weeks.”

The woman’s eyes widen. Her face is shiny with sweat. “Wh-what?”

Ashley turns and looks to the corner, where Ora stands staring fixedly off to the side, to a point in space that no one else can see. “Ora,” She singsongs. “Wake up, honeybear.”

Ora jerks into motion, blinking rapidly as if they had forgotten how to do it until Ashley spoke their name. “Yes?”

“Bandage up all of…” Ashley waves her hand in a vague gesture at the woman on the chair. “That. I want to go drink a Coke. I’ll be back to kill her.”

She walks out the front door and down the steps, and Ora watches her go with the same blank stare, then turns to look back at the woman.

“Please,” The woman pleads, coughs again, cries out in pain. Ora watches as bloodstains along her tank top widen, darken, go from drying to fresh again. “Please, please help me-”

Ora is silent as they step across the room. They give the woman nothing - no hint of compassion in their eyes, no look of sympathy on their face. They are green hair and a black shirt and black pants and nothing else.

It’s all burned out.

When they pull the first aid kit out to bandage the woman, they use the scissors to carefully, so carefully, wear away at the ropes, loosening the tightly wound threads.

“She doesn’t like dead blood so much,” Ora murmurs.

“What?” The woman’s face is pale, gray around the edges. Ora doesn’t meet her eyes.

“When she gets you next, pretend to die. Maybe-… maybe we’ll leave while you’re still breathing.”

“You could-… call someone, the cops-”

Ora looks up, then. The woman’s words dry up in her throat at the empty, desolate world that lives in Ora Collins now. “No. I can’t. All I can give you is a chance.”

“No,” Ora says flatly, laying a bandage over a place the blade went in deep. “No… you don’t.”

THE NIGHT COMES FOR US [DIR. TIMO TJAHJANTO]

HURTING YOU WILL MAKE ME STRONGER

ok 1. loving how deranged towa looks here. 2. who’s this boy towa’s w?? he’s not any of the main charas we’ve been introduced to :o

#he looks kinda cute... ALSO towa's a masochist it seems? oh ho..., #im guessing this is from the demo tht i heard came out? idk i found it on twt along w some other cgs. thiss 1's real damn gory!, #delete later, #blood tw, #knives tw
0 notes · See All
rocksnstarsText

@morfiplier gave me a lovely ficlet idea earlier and i ran with it, and @doctordiscord123 is generally a cool person and an inspiration so i’m tagging her as well :)

also dark uses he/they interchangeably because i want him to :3

not a quick, clean break, but an agonizing tearing apart, the sort of wounding that leaves a bad scar and a worse story behind it.

#roswell speaks, #darkstache, #my writing, #darkiplier, #wilford warfstache, #markiplier egos, #blood tw, #hurt/comfort, #angst, #fluff, #knives tw, #wilfy has a breakdown and its not very fun or sexy for anyone, #but its ok at the end and they have a pillow fight
30 notes · See All
mr-squiggley-poufsText

Also I have the urge to grab the grate in ovens, which is why I always wear oven mitts when I’m around ovens so that I don’t do that

#knives tw, #knife tw, #self harm tw, #yeah so i think my brain has issues, #which is no surprise
2 notes · See All
zevvinPhoto 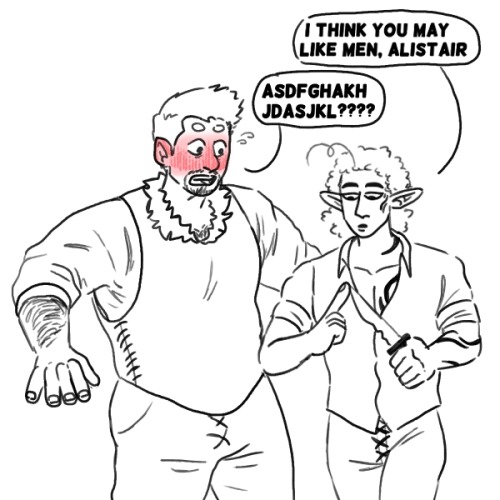 [Image Description: A digital drawing of Asriel and Chara Dreemurr on a gray background. Asriel is on the left, throwing his hands in the air and slightly lifting his leg while having a determined smile, pretending to summon stars (which are represented by various different shaped stars at a low opacity). Chara is on the right, posing with by lifting their leg and putting a hand on their hip as well as one in the air, pretending to summon a knife, smiling as they are having a good time.] 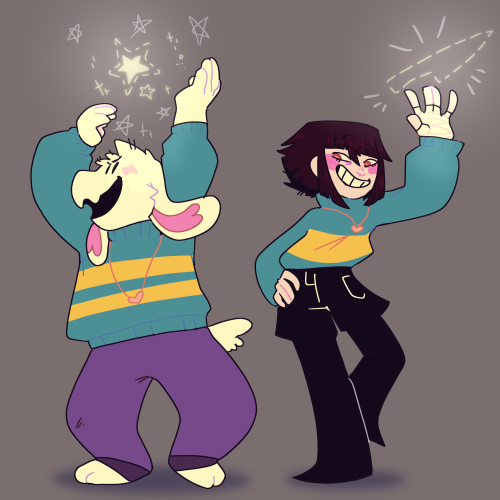 Okay so why aren’t there any knife play fics with Gordon Ramsay? I think that’s just a scandal

#knife tw, #knives tw, #LOOK SJSGSHHSJS IT WAS TWO AM AND I HAD TO LOOK
3 notes · See All
nappe-plays-the-simsText

Widespot spoilers but it’s really just reaction gifs showing how I think you will react to the December updates:

*ignores the fact they didn’t wear the suits* ok so 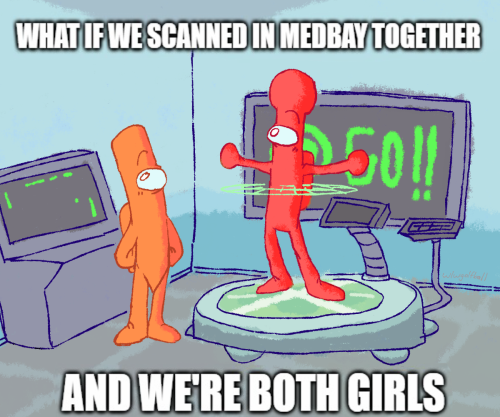 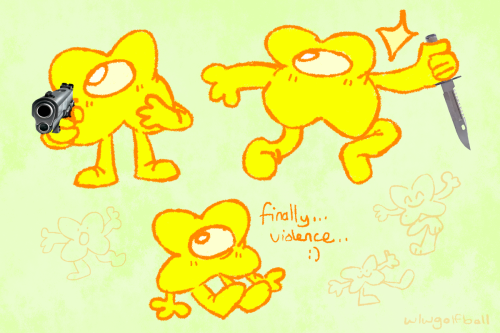 “Name the Fallen Human with No Mercy.”

SPOILERS for all UNDERTALE endings.

Heads up, this is likely the only outright scary UT fanart I’ll post. I’ve got no other plans from the “feel bad” genre.

I like the Narrator Chara theory, although from what I’ve seen, interpretations vary on whether the player (you/me/us) play a part in it. I think it/we do. It’s not just Frisk/The Human that we puppeteer and corrupt in the No Mercy run, and it’s not that Chara/The Fallen Human is by default an evil influence as narrator, eventually becoming a Destroyer of Worlds unless we steer them away.

No. The player steers Chara as well as Frisk towards evil. In other words:

you fucked up some perfectly good kids is what you did. look at them. they’ve got No Mercy 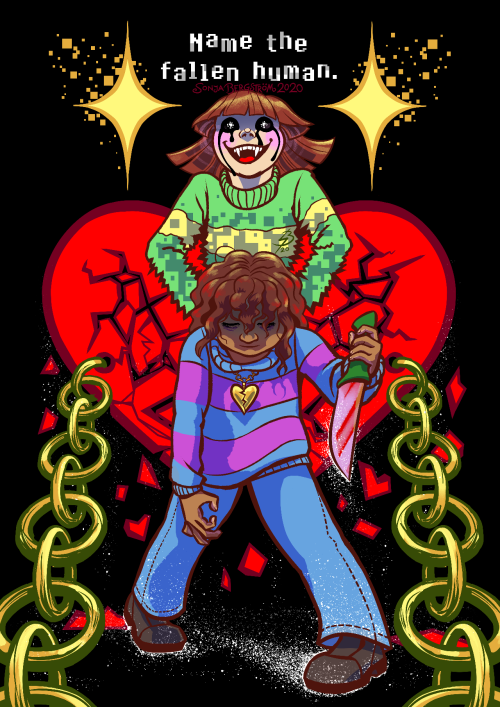 [knives deserve to be taken care of]