The Blondes of Kemono Jihen 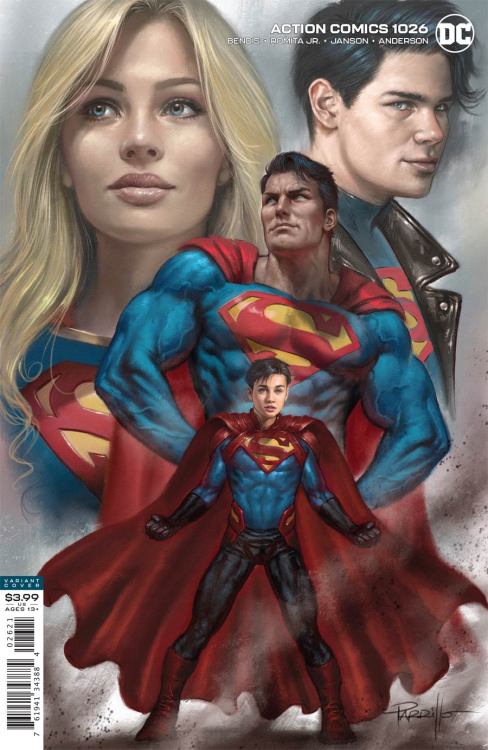 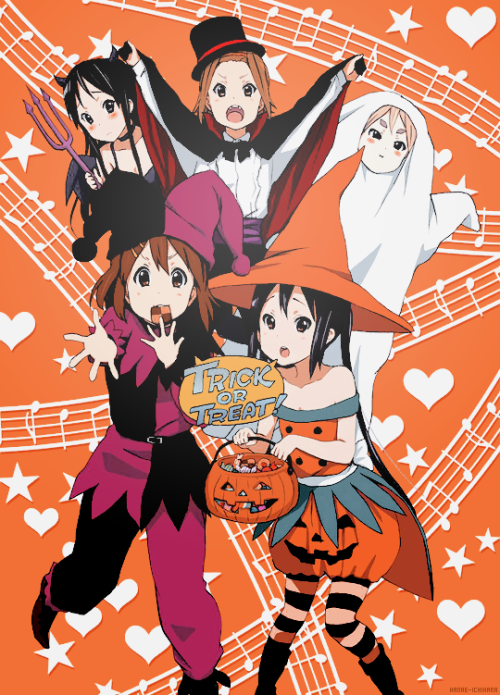 I love his little shawl “Blood son my ass” Tim hissed as the door opened with a click. The manor was quiet, it was delicate and unloved, and for those reasons he knew for a fact nothing had changed. Maybe he was dreaming, maybe Janet and Jack were just on another expedition.

No, this time they weren’t coming back, instead long gone, forgotten and already starting to deteriorate in their oh so lovely tombs.

The manor would be out of the drake name by the end of the month. He’d allow it to be sold fully furnished and he’d take only his parents belongings with him. Tim decided he’d donate prizes they’ve brought home from expeditions to museums, the clothes would be mostly donated, jewelry pawned, and the rest? Maybe a nice storage container.

Believe it or not, but time apart from the toxic duo was relieving. Tim couldn’t see the abuse till their passing, but now he felt like he could breath. It felt almost similar to the rush he first got as robin.

Right…robin. A lost title. Dead, just like the many other special things and people in his life. All dead and buried in the back of his mind, people and things he once cherished, unlike Janet and Jack.

No more isolation, no more punches or slaps, no more mind controls and manipulation. He was free, free of parental harm and supervision, maybe he’d throw a party? He didn’t know who he’d invite. The only ones he’d care to party with were long gone, his choices in people seemed to be instead dwindling.

“That’s why we make more friends, Timothy,” he mocked his mother’s voice. Only, in the ways she meant it, it wasn’t to make friends, just slaves and people to do ones bidding, mere pawns. It was tempting, too, maybe manipulation and abuse were somehow in his DNA, maybe he was more like them than he thought.

The boy plopped down on the sofa in the sitting room, stiff, barely used just like the rest of the house. He glanced around, noticing the way the doorways arched and the carpet caved in under the legs of the opposite sofa and the million dollar coffee table in front of him. There was a bar in the corner, still fully stocked with his mother’s champagne and his father’s brandy, when was the last time it had been touched? Silence settled in then. It was cold and brutal, yet comforting in a nostalgic way of his adolescence.

Tim felt a sudden sense of pride then. He’d survived. He was on his own, all alone, no longer a puppet to dead Janet, no longer a punching bag to Jack. “I won,” he stated to the house, running a hand through his overgrown hair, a smile curving at the corners of his lips. It was victory at last, he could almost taste it on his lips, cracked and brittled. It was the sour type of victory, the kind felt after revenge. They were dead after all, and the part of him that did love them, felt guilty for not doing more, but out of all the loss he’d faced lately, maybe these deaths he could alter into a slight win, rather than a typical lose.

“I won,” he restated, this time standing up and strutting over to the bar. He pulled out a bottle of champagne from the mini fridge along with a long glass. He’s done so all the many times before, pouring his mother a flute of champagne and his father a shot of brandy, only this time it wasn’t for them, and the alcohol wouldn’t be accompanied with loud fights and more often than not Jack taking it out on his son. He took his glass, champagne poured nearly to the brim.

“To the drakes!” The teen exclaimed with a grin, the liquid sloshing around as he raised the glass to no one. Tim took a glance around the room, giving each piece of furniture, wall, and conversation piece a lively and proud look before he allowed himself to continue, “may we all burn in hell.”

Steph has a Kon poster in her room…

#i have no idea if they know each other or anything at this point i just thought it was interesting sjfbkd, #steph, #kon, #tim, #toma reads comics, #robin v4
25 notes · See All
frobinAnswer

I’m sure it the fanart itself is super cute and beautiful!

I’m really, really sorry anon! But know you’ll always have a group of people who support your ship here!  And I’ll fight everyone who dares to be an ass to this amazing community myself if I have to!

Also I need to go over to pixiv and continue to like & bookmark every single FRobin fanart there.

#FRobin, #fandom, #shipping, #ship wars, #bashing, #that is so awful seriously, #what the fuck, #:(, #kon, #Anonymous
10 notes · See All
shinigamiquotesPhoto 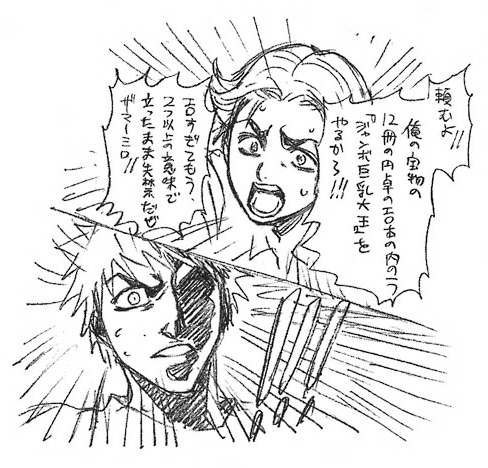 Nothing, I’m sorry I can’t find it, but I’m 100% sure I’ve read it somewhere. It was about Franky who was blaming himself for forgetting Robin and kissing the head of “smile factory”.

Yes exactly! There has to be that fanfiction somewhere… Franky had been avoiding Robin and had been crying and finally confessing that he forgot her… but I only found one about them talking about the kiss…

and… yes it might have been a fanfiction but I think the Theory was an answer to some analysis of the fight? But I can’t find it either… not as fast as I would like to anyway…

But it’s good that we both remember! That way we can be sure we didn’t imagine it XD

So, thank you anon, no need to feel sorry!

#not really frobin, #Anon, #ask, #One Piece Meta, #fanfiction, #theory, #headcanon, #gdi, #I can't find it and that bother me, #thank you anon, #kon, #Anonymous
1 notes · See All
miyukikurosakiText

Kon texting the group chat: can you guys plz peer pressure me into cleaning my room

Cassie: DO IT OR YOURE STRAIGHT 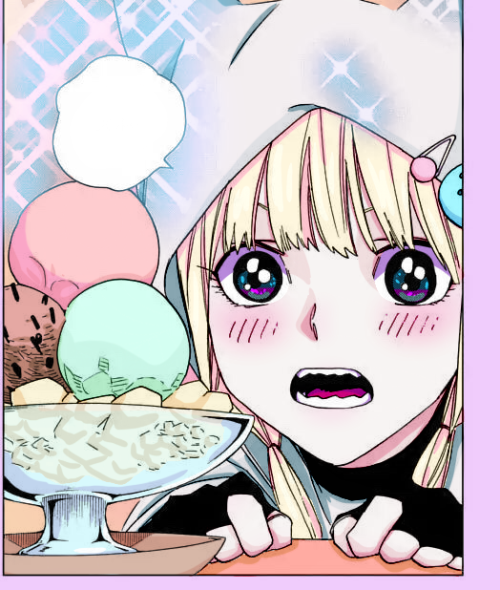 Wanted to do something simple for this one so… Enjoy Kon! 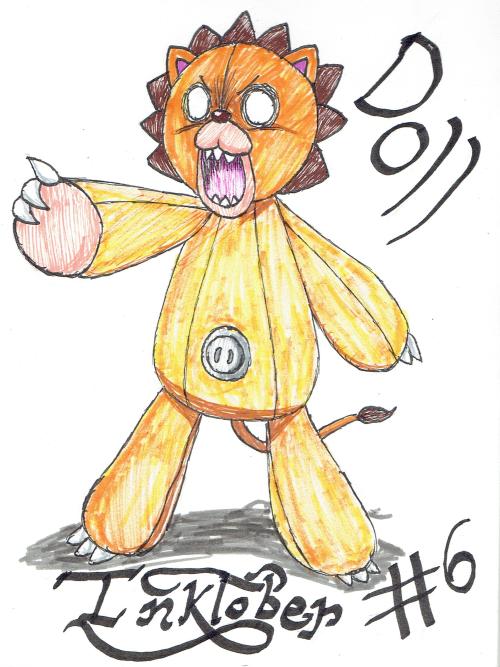 Yeah, same same!
I can’t read japanese and it’s a pity… btw it’s this one, right? It’s NSFW but nothing too nasty happens. Robin is naked though.  https://www.pixiv.net/en/artworks/84475758

I think (at least it seems like it) that a lot of the Japanese FRobin artists decided to upload their older works. They drew all these for anthologies and to sell them as doujinshis and finally share them.

“You’re getting fat, you know.”

Kon ignores him and purrs, rolling onto his back and presenting his big belly up to Ichigo to rub.

Ichigo tuts, breath misting in front of him, and he’s crouching beside the sandy cat, setting the little bowl of chicken and gravy aside to gently scratch through the short hair. The cat grabs at his hand, though his claws remain hidden, and purrs louder at the contact.

“And you’ve made a total sucker outta me.”

Kon’s tail flits this way and that, tipped with the same dark brown fur that forms a kind of mane around his giant head.

The sun has begun to set, the street long empty of school children on their way home. Ichigo sighs, knowing he should go, too, but the cat is horridly greedy for some affection and won’t let him go. He doesn’t mind, Ichigo would understand if he bothered to try hard enough.

Ichigo looks up, and the world seems to fall away around him as he meets the violet gaze of a raven-haired girl.

“So, you’ve been feeding him, too.” She says after an elegant cough into her gloved fist. Then, with a pointed look at Ichigo, “I think he’s getting fat.”

Ichigo resumes his signature frown, snapping out of whatever trance he’d been in, “You mean he’s obese because of you.”

The girl mirrors his frown, eyebrows knitting together, “I’ve been feeding Hare the best tuna and salmon cuts, thanks.”

“It’s not. It’s Hare.” She steps forward and sets the tupperware box she’s been holding on the floor beside the cat, “What kind of a name is ‘Kon’?”

Ichigo rolls his eyes and looks back down at Kon so he doesn’t have to pay attention to the pink of her cheeks or the end of her nose and how that makes him feel all…fluttery, “An idiot’s name.”

The girl crouches down next to him and Ichigo glances at her, then quickly away, “Don’t call him that!” She exclaims.

He snorts, scratching behind Kon’s ears now that she’s taken responsibility of his stomach, “I’m Ichigo, by the way.”

“How about we put the two together?”

Rukia’s face colours and her eyes widen in a way that tells him, definitively, no, they shall not be doing that, “Are you some kind of pervert?”

But her expression changes again, as if his reaction somehow satisfied her for an answer. Rukia catches a paw and shakes it gently, “Kon, then.” The cat chirrups and she sticks her tongue out at him, “But on one condition.”

Ichigo rolls his eyes again, “Go on, then.”

Rukia looks up at him, “Buy me a coffee.”

His hand pauses and Kon gripes at him.

Check it out! (Be warned, slight nsfw) Leave a like!

But I’ll love you forever if any of you can provide an even rough translation!!