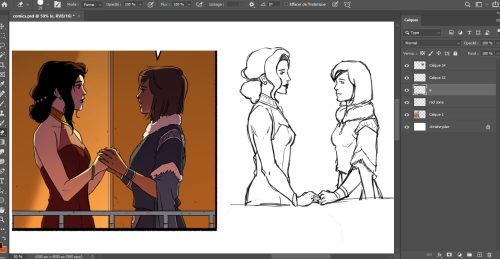 where the world is black and white until you meet your soulmate and see colors + discovers yours is also out of the standard hetero social norms.

This is for my Korrasami Valentines exchange, sorry it was really late but it’s done now! This is goes in the Soulmates B category.

Thanks @korrasami-valentine-exchange for making this fun exchange! Cant wait to see the fic version of this!

Korra has completed all 36 levels of Airbending and mastered Air. She asks Tenzin for special dispensation to get tattoos. Instead of traditional arrows, The Air Nomad symbol is tattooed onto her back, shoulders and ankles.

Korra: If anything happens to you…

Korra: You were saying?

Now I remember why I stopped watching korra. The cringe of seeing mako and her together just stopped me. Honestly disgusting. Would’ve been a much better first season without that.

I made colored versions of these:

(the full credit goes to @prom-knight , the artist behind The Legend of Korra comic-Turf Wars, I only colored them)

The Fire Nation Awaits 🌺 An in-depth look at the ever-elusive islands in the era of Korra and when we will finally pay them a visit.

[Artwork by Avatar News; not official.]

“Water. Earth. Fire. Air. Long ago, the four nations lived together in harmony. Then, everything changed when the Fire Nation attacked.” We’ve all heard those words a million times. The four elements, and the power to control them bestowed by four subspecies of giant lion-turtles, are at the very heart of the world of Avatar. The balance between them was once upon a time broken by one of the four, the Fire Nation, forming the main conflict of Avatar: The Last Airbender. For much of Aang and the Gaang’s quest at the close of the Hundred Year War, the Fire Nation was a forbidden, far-away location, until the curtain was finally drawn back in the aptly-named Book Three: Fire when our heroes entered the inferno, undercover behind enemy lines. A dramatic tropical destination! New outfits! Culture shock! Needless to say, it was a big deal.

→ 🌺 The big reveal of the Fire Nation in Book Three: Fire had its own marketing push, matching public anticipation.

When the Hundred Year War ended, the newly-instated Fire Lord Zuko dedicated his life to righting the wrongs of his forefathers and working with Avatar Aang to bring the Fire Nation back into the fold under peace. By the time Aang’s successor debuted as the next Avatar in the titular The Legend of Korra, Zuko had abdicated the five-pointed crown and his daughter, Fire Lord Izumi, took the stage leading a reformed, rebalanced Fire Nation.

There was no more war, no more enemy lines, yet the Fire Nation became more distant and mysterious than ever before. 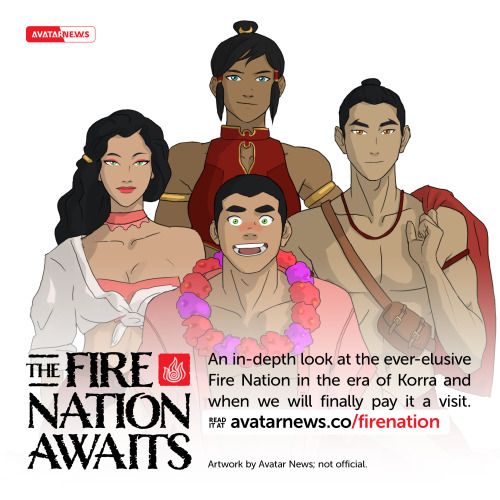 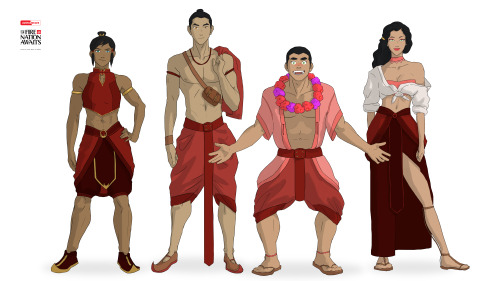 “Will you marry me?” 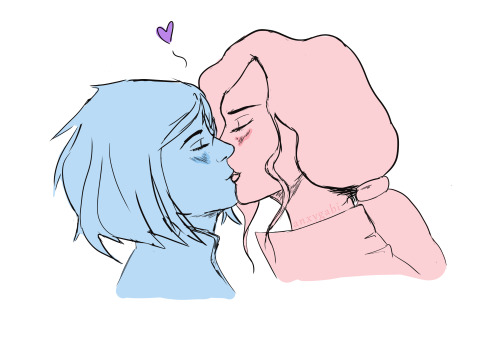 I just bought the Legend of Korra: Ruins of the Empire Library Edition book off of Amazon and it’s coming on Monday and I’m SO EXCITED FOR IT BC IT’S THE FIRST AVATARVERSE BOOK I’VE EVER BOUGHT AND I CAN’T WAIT FOR IT TO GET HERE

… also super excited for more 😏korrasami😏 so there’s that too…

we never go out of style!