♡ hi im back to make you all sad! projecting all your emotions into work you love to do is the best coping mechanism omg. but pls enjoy today’s chapter!

warnings: will make you cry, made me cry lol, hospital setting

notes: hanahaki disease: a fictional disease born from unrequited love, where the patient’s throat will throw and cough up petals and flowers. but this isn’t a typical hanahaki au, in this story.. the main character (in this case it’s kuroo) finds out that his partner (aka tsukki) doesn’t love him anymore  because he started developing the disease.

if you want to be added to the taglist just send me an ask! ♡

why? why is this happening? i gave him everything, all of my love to him. why is he falling out of love? i felt myself drowning in the flower petals i coughed up. going deeper and deeper, the smell of roses wafting through my nose, the air becoming thinner. why?

Kuroo and Kenma were in Osaka for a work trip one Halloween. They visited Universal Studios and tried out as many haunted houses and mazes as Kenma would put up with. Neither of them were particularly scared of haunted houses. They knew it was all fake and they mostly just enjoyed the scenery and watching other people get terrified by fake stuff. Kenma would sometimes get scared by people jumping out at him or making an unexpected noise and he’d freeze up or get closer to Kuroo. Kuroo usually chuckled and took Kenma’s hand until he felt Kenma relax again. But Kenma usually got a chance to chuckle at Kuroo whenever his head hit something or Kuroo thought there were spiders and webs on him. Kuroo would always let out a short high pitched yelp and jump.

This is a little comic I made of kenma attempts to be scary but fails. Kuroo has a cuteness overload! 😂

kuroo: why is my heart beating so fast???

#this came to my head, #and now i cant stop thinking about it, #this is so stupid omg, #i too, #am also a kuroo, #thank you for coming to my ted talk, #okay i’ll shut up now, #thanks for reading my stupid thoughts, #and also im sorry lol, #haikyuu!!, #kuroken, #kenma, #kuroo, #kuroo tetsurou, #kenma kozume
11 notes · See All
guccisusuText

apparently i love to break my own heart since i just took it upon myself to read the galaxy is endless (i thought we were too) and now i’m feeling double the pain haha :))

#who told me it would be a good idea to read this fic and in another life in the same week ????, #i barely recovered oh lord this shit is too much, #why do i love breaking my own heart, #haikyu, #rambles, #kenma, #kuro, #kuroken
10 notes · See All
morganthesnailText

Wow y'all. Y'all really like childhood friends to lovers dont you.

#yes this is about haikyuu, #yes this is a callout post for myself, #haikyuu, #haikyuu!!, #iwaoi, #kuroken, #tsukiyama, #theres probably more but. eh, #welcome back to me screaming
27 notes · See All
kodzuken5Text

Okay hooooo boy here we go! I don’t read a lot of new fics, only bokuaka ones, so for the others my recommendations are a bit basic, but here are a few! Also you can go through my ‘fic rec’ tag to see past fic recs of mine, I recently did a iwaoi and daisuga one so pls check this post for those ships!

I would honestly recommend you read EVERYTHING by esselle, but here’s a good cute start. Esselle has a lot of fics and I haven’t read everything but they’re all top notch from what I’ve seen!

I read this fic from time to time when I need some heartfluttering fluff!!! 10/10

till no space lies between us

can i be close to you

what can i say… it’s just so soft and guuuud

For bokuaka I always recommend the author norio! I only let myself read their fics once every few months so they stay special lol but they’re really really good!

keep making trouble (til you find what you love)

This is a wingfic, which I immensely enjoy! Sometimes fics give you feelings you didnt know existed and this one certainly did!

I FORGOT ABOUT THIS ONE UNTIL I WENT THROUGH MY BOOKMARKS AAAAAAHHHHH it’s very long and usually i don’t read such long fics but this one was definitely worth it for me! Very well done plotline, amazing characters, 10/10!!

As always leave your own recommendations or even your own fics in the notes!! or dm them to me do whatever you want!!!!

The whole concept of Kuroo being out of reach from Kenma bc of college is, how do I put it, very americanized?? Like don’t get me wrong it’s cool for the angst potential but realistically if he were to stay in Tokyo, which apparently he has, it doesn’t take him that long to uni! Public transport is great and the city isn’t WIDE it’s just extremely densely populated. The whole living at dorms thing is more for people actually coming from other cities or countries not so much if you’re already living in Tokyo,,, also like mind you all this is second hand information from someone who’s never lived in either Tokyo or Japan in general but personally it takes me 45 mins to uni with public transport and I have not once considered moving to the dorms sdfsdg

Because I feel like I’m talking out of my ass here (which I am) I went ahead and did some fact checking, so officially Nekoma High is located in Nerima ward, which is marked here:

We don’t know where exactly Kuroo and Kenma live, just that they take the train to school every day so it’s gotta be reasonably close, which is why for further reasoning I’m just gonna use the centre of Nerima ward as a starting point!

Now obviously another thing we have no idea about is where Kuroo actually went to uni but I’m assuming he studied business?? Marketing? Who knows really but here are locations of some places that supposedly have good business programs:

From the centre of Nerima ward (selected by google, Idk if it’s acutally the centre; marked red) it takes on average 51 minutes to each one of these. If we remove the outlier (Hitotsubashi University, 73 minutes), we’re down to 46 minutes. There’s people in my study course who take over an hour on the train to get to uni and still do it every single day because moving to the dorms costs a lot of money and effort, not to mention getting separated from your social circle!

Again no shade to people who like this kinda separation/ long distance hc, it just bothers me that everyone kinda acts like it’s a given, because it’s really not!! 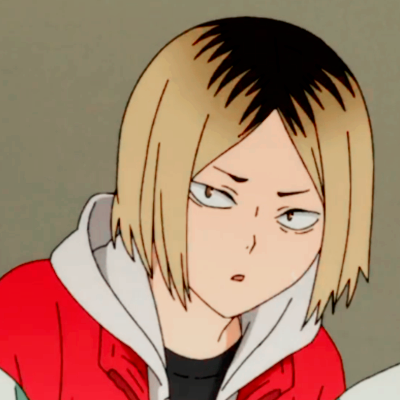 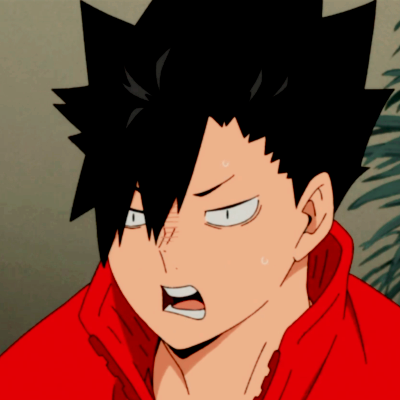 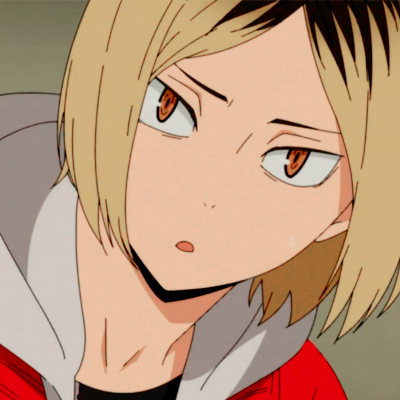 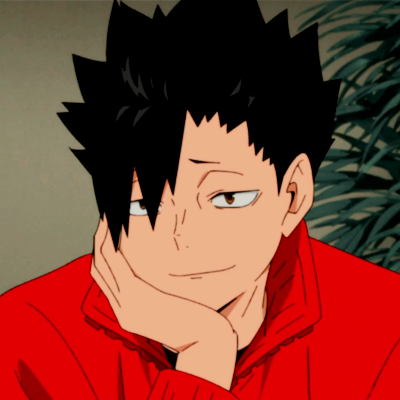 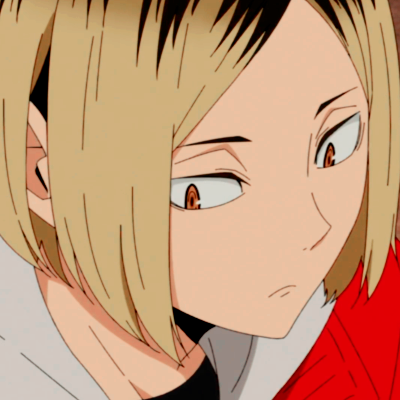 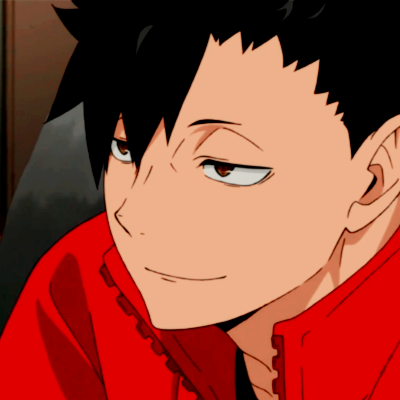 does anyone know what happened to @/agaassi?? their account has been deleted, and when i click on their tags that i follow all the posts are gone. they wrote the haikyuu “daddy diares” series, with that one bokuto smau where the reader got pregnant and they called the baby like “little bean” or something like that. they’re pretty prominent here on haikyuu tumblr? she had like 3k or so. idk. she just had really good content and i used to send her asks and stuff. a very nice person.

i’m gonna use a bunch of haikyuu tags so that hopefully some people see this. please like / reblog or dm me if you know what happened to her.

hey, doing a fluff fic for halloween. pls choose one from the following (rblg with comment) : 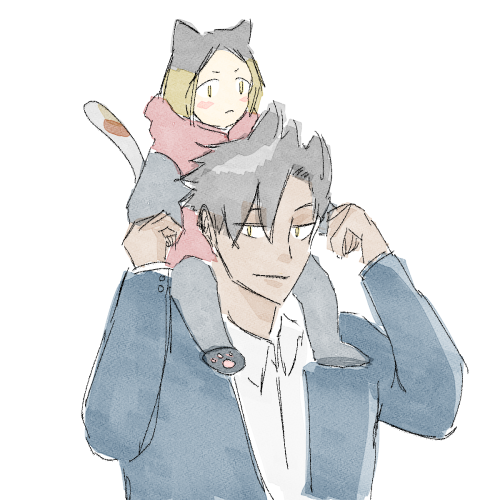