Kuroko is so cute, I just can’t

Rewatching kuroko no basket it’s clear why there was so much ship content. The light and dark thing lends itself do easily to shipping

— a promo list of active knb blogs on tumblr !

what are the requirements to join?

where can i apply to be a knb kreator?

— to apply, fill out this form and you’ll be contacted shortly

if you have any questions, feel free to send in an ask or DM

I’m rewatching KnB for the first time in years and honestly. I forgot how much I enjoyed it. Like obviously I dont think KnB is made for people who like basketball but more people who like shounen anime. But honestly, ignoring the fact that it’s a little bit cringe when they explain stuff, I still really enjoy it. Hyuuga and Mitobe are probably my favorite characters, like the GoM are cool, and Kagami is pretty funny, but Hyuuga and Mitobe just make the happy chemical go off in my brain.

i hope that kuroko no basket being added to Netflix will revive the fandom!

someone asked to see this clip so here it is, enjoy and do what you want with it :) oh and subscribe to hanae natsuki’s youtube channel for more content lol

I need a Kuroko no Basuke Season 4 desperately but we’re never getting it so I will be throwing around a bunch of ideas on what could’ve been based on where we left off ;_;

Lucky for us, Fujimaki did give us hints on how things are going (Last Game does not exists *shuts ears* lalalalallaLALALALA).

In the manga, the newest captains are:

Seirin has two new first years in a canon extra: Asahina Daigo and Yaagi Yuta. So that’s basically set the Seirin team pretty well. Supposing this goes like a usual sports anime and we got all three years, then season 4 would’ve focused on Riko and gang’s graduation, the second-years wrapping up & preparing Kagami, Kuroko and the bench trio to take over because they’d probably be playing first string.

We could have a lot of stuff going on with the Uncrowned Kings, Himuro and the current captains(final year). I kind of want the Seirin upperclassmen to graduate with a win but I doubt Rakuzan would let it happen. Yosen hopefully makes it to the top three, and Shuutoku top 5.

Kise’s pretty pissed after Kaijou losing against Touou- and honestly Touou’s going to need some work on being a team. Wakamtasu and Aomine have always been on bad terms and it’d take time to fix it, but Kaijou is getting good at team work. If they did go up against each other I think Touou would lose because of how much the team started to clash against each other(redemption arc in 3rd year tho so it’s fine).

Yosen’s going to be on another level now that Himuro’s captain, It’s his final shot at taking on Kagami before graduation. I don’t think Seirin could win against them if they were to play in a match. They’d probably lose. Seirin placing third or fourth.

Idk why but I’m picturing the Winter Cup finals as Yosen vs Rakuzan with Rakuzan winning.

Shuutoku- okay I don’t remember a lot of the team dynamics but I do remember it being like- Midorima gets into a position to do his shot- ball travels- a Shuutoku member is under the basket to ensure the ball goes in if he misses. He depends on his team a LOT. Takao’s Hawk Eye, the rebound member under the basket, ensuring that no one is around him- his 3-pointers takes time. In the set-up for his 3-pointers, a lot of energy is spent. Takao’s eye and his proficiency as a PG +Shuutoku’s competency makes it possible but it clearly takes a lot of team effort- which hinders the rest of the members.

Touou- As I mentioned before, Wakamatsu and Aomine really need to learn to put aside their differences, otherwise it’s going to be difficult to play. Aomine is literally unstoppable and in reality probably the most well-rounded player(there’s Kise and Murasakibara when he goes all out) in GoM. Any conflict probably arises from his inability to coordinate with the team and letting his pride get to him- the best way that could happen is in a match with Kise. Kise riles him up and is his eternal rival. He’s always won against him, so if he gets close to losing or actually loses- it’s going to throw him off. (We can have some Momoi and Aomine conflict as well).

Yosen- Murasakibara stated that he has to hold back lest he hurt people during games, now he doesn’t have that restriction because the GoM can handle his strength and holding back would be a problem. Honestly Yosen has a pretty good line up in second year. Murasakibara isn’t just a shield anymore- never was. All is looking good for Yosen actually, their arc could be focused around their positive developments because Himuro was so vengeful last time. MuraHimu just enjoying b-ball in s4 thank you very much.

Rakuzan- Actually, same as Yosen, they’ve all come together as friends after first year. It’s Uncrowned Kings’ final year and you best believe that Akashi would make it fucking spectacular for them. We could probably get some insight into what’s up with Akashi’s dad and that whole thing. I can’t see them losing tbh.

Kaijou- This team. Honestly Kaijou might be wiping the floor with everyone. Kise’s actually ready to go unhinged, he’s probably seeking fucking vengence after Kasamtasu cried and they lost. He’s got Perfect Copy on lock too, he can copy all of GoM. He’s a lean mean killing machine out for victory and he’d do anything to get it. He’s getting along well with his team too and has the flexibility to compromise. I’m genuinely scared of Kaijou in 2nd year.

Seirin- I feel like there’s going be hiccups with the first years- Kuroko’s just learning to be his own ‘light’ but it’s such a feeble first step into a new territory and style, there’s bound to be some conflicts with Kagami. Probably in terms of passing- like Kagami expects Kuroko to pass the ball, Kuroko gets reckless with his new found abilites at times, etc. The seniors though, they’d be fine. They’d probably brush up on their pre-existing abilities and move forward.

This is just a huge ramble. If anyone knows basketball well and wants to write/has written a sequel of sorts for KNB, please lmk so I can read and quench my thirst :_;.

There was no snow in my city, and then a cyclone suddenly burst. You can’t see anything, the snow sticks to whatever it can, the wind is so strong that you can’t even breathe. Despite the fact that the city was warned about the cyclone once again, traffic jams were inevitable. I remember a time when I had to go to school basketball competition during a snowstorm. Only in that time the weather was colder. 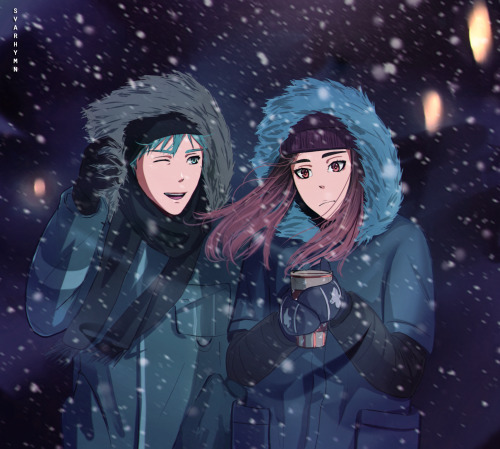 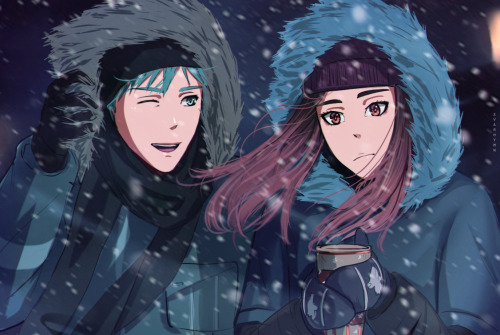 The KNB dub is so gay. It is episode three and Kuroko just said “I have a vow to Kagami” and Kise said “You have sworn yourself to him”(to Kuroko about Kagami). These guys are talking like they got MARRIED.

Also, Koganei’s VA is surprisingly accurate. Riko and Hyuuga’s too, it’s so good.

And because I’m a Furihata simp, I must talk about him. I forgot how much he was used for just info dumps jsdhbfjhb. Boy literally started reading off a GoM magazine and gave a wikipedia article on Kise. Poor Bench Trio XDXD.

(also, “I want to have a girlfriend” and “I want to be the best player in Japan” are on the same level for ‘conviction’. Wonder how pissed Kagami was hearing that)

This post straight up disappeared from the tag so I’m reposting.

Just a little fun fact Ig, I started watching Kuroko No Basket (The Basketball Kuroko Plays) bc I saw someone opening an anime box, and they got a tote bag with Number 2 on it. And the person who opened talked about how this was the dog from Kuroko no Basket and I went “That dog is adorable I need to watch this show” lol

Can we all just talk about Kuroko No Basket (or The Basketball Kuroko Plays) season 3, when Seirin faces Rakuzan. How Akashi wa captain and could’ve made defenses against all the GOM…. but chose to only really do that for Kuroko. Like found a new Kuroko and everything….. I’m just saying

Part 2 for my Kagakuro demon AU! Looks like Kagami and Kuroko are getting along just fine.

(These two give me all the feels) 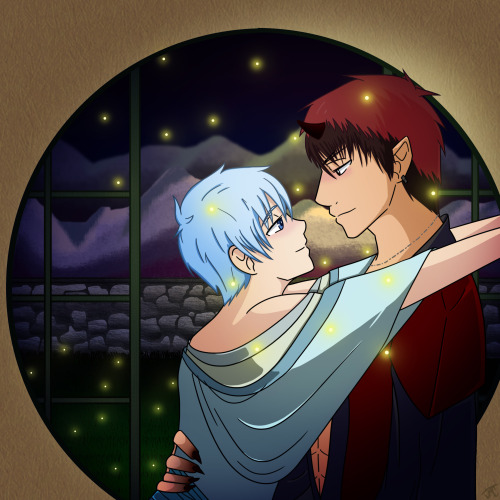 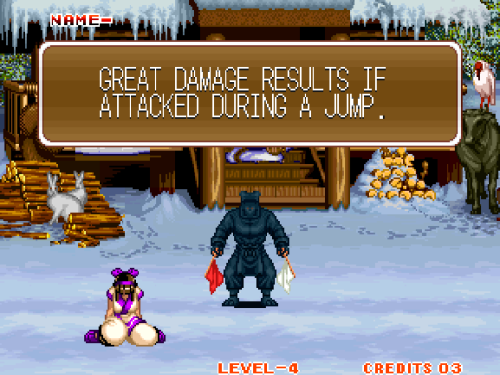