the inbox is still open !! i’ve received about fifty AMAZING requests from you guys + i’ve already started writing some :)

i will be posting some stuff tonight as well 💕

for @knb-kreations all hallows eve event! i chose the theme of black cat <3

goddamn right, you should be scared of me

All Hallows Eve
A KnB Halloween Event hosted by @knb-kreations 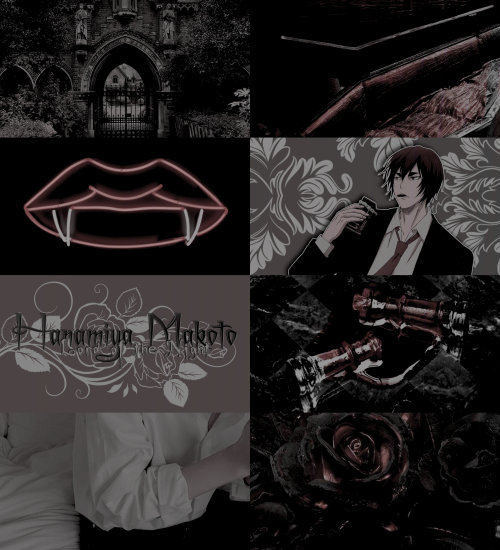 The hairs on the back of his neck are on end throughout his journey home. It’s a weird phenomenon he’s found himself in recently: always feeling like there’s someone behind him, someone in the shadows, when he’s journeying home after coaching basketball practice. But, every time he glances back at the dark alleys, a domain even the street-lamps’ light doesn’t reach, there’s nothing there. Not even the rustle of a fox or bird. And he trusts himself on that - even if his gut seems to be thinking otherwise - he’s got a good eye. There’s no way anyone could escape his gaze.

Besides, why would they be following someone like him to begin with? The only time he’s heard about stalking was when his female students were the victims, followed by some chikan-obsessed pervert from the train. And, one thing’s for sure, that type of guy is definitely not going to follow Harasawa home.

‘Fuck’ is this first thought, quickly followed by an assessment of just which one of his students could be in this area, this late at night, when it’s raining this heavily too. For a minute, they exist only as a dark silhouette running towards him, as their school shoes slap against the water pooling up on the pavement.

“What are you doing here?” he calls out, one hand rubbing the frown off his forehead - he’s going to get wrinkles at this rate, and then he’ll definitely be an old man.

It’s only now that he can see the student’s face, just faintly illuminated by the lights of the houses around them, but, still, it’s not one he recognises.

“Sensei, there’s this man following me,” whispers the student, as he’s contemplating how they might know him, as they throw their arms around him, shoving their face into his chest so aggressively that he can feel the rise-and-fall of their nose against his torso. Their face is so close to his skin, that it’s almost like they’re sniffing him, inhaling him. “He’s been following me since I left the station.”

“Fuck,” thinks Harasawa for the second time - this is like a bad sitcom.

“Where’s your house?” he asks, stepping away from their grasp. He feels how their grip tightens, refusing to let go, before it finally falls apart. “I’ll walk you there, explain the situation to your parents.”

“It’s nowhere near here. I was going to meet a friend, but then she didn’t show up - I don’t know what I was thinking, presuming that she would meet up with me, she says so many nasty things to me when it’s just her and I. And then I thought I’d ask someone else to come, but it started getting dark, and no one lives in this area, none of my classmates anyway - just you, sensei - and, I got nervous, and I decided I’d go for a walk, just to do something - I don’t want to go home, my parents will yell at me, I got such bad grades in my last exam-“

“Alright. I get it,” Harasawa interjects as your words get progressively faster and muddled and higher-pitched. He can’t help thinking to himself that shit like this is why he prefers staying away from all students but the basketball team.

“Sensei…” They glance up at him with puppy-dog eyes, though shadows fall over the bottom half of their face - he can’t see whether they’re smiling or not, “could I possibly stay with you tonight? I’m so scared of going home. I know he’s going to keep following me. I don’t want to be kidnapped.”

It’s strange; it’s been weeks since Harasawa first started getting that sensation that he was being followed, yet this is the first time where he’s convinced that there’s no one around them at all.

His house is right around the corner, and his clothes are already soaked through. Maybe it’ll be alright, if he ignores the usually teacher-student conduct, just this once. For the sake of being able to get a break from the rain, if nothing else.

“You can come in my place and dry off. I’ll book you a taxi home.”

“Oh, thank you, thank you!” And the student keeps on with their snivelling thanks, and they loop their arm around Harasawa’s - of course, he pulls back without a second thought - and they’re practically skipping all the way to his house. Something in their eyes makes them look like he’s adopted a dog, a dog which has never lived in a home before, a dog who doesn’t plan on leaving this new environment any time soon.

At least, that’s what he thinks to himself, watching the student rub their hair dry with one of his towels - when did they even get comfortable enough to just stroll into his bathroom anyway? What’s wrong with students and their etiquette these days?

Said kid grins as they look at up at him, with half-lidded eyes.

“I’m ever so grateful, sensei.”

He doesn’t like how their voice has dropped. How they suddenly sound like they think they’re in charge. 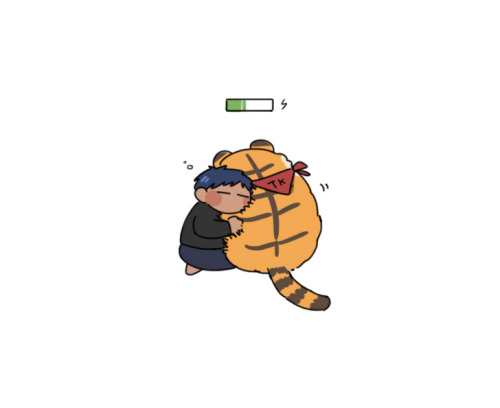 I wanted to draw some stuff for OCtober this month and knew I wouldn’t have time to do all 31 prompts, but this month has been even busier than I anticipated 😅 sooo I ended up just focusing on the two drawings I really wanted to do: #12 and #30 (#12 contains a bit of a spoiler for my Rebirth fic so I’m putting it second)

Midorima, his sister, and their adopted brother (the OC)—or, as I now call them, the tree-o (ktkr). (Thanks @izukillme for the concept of Mido going as a tree for Halloween 😂)

I drew Mido with my OC, Rika 💚❤️ as I said though, this drawing is sort of a fic spoiler, so check it out under the cut at your own risk >w<

When you learn that no chapter will come out next week.

Season 3 of Kuroko no Basuke is really like a Tokyo Ghoul AU. How are you giving me literal murder demon vibes. Akashi said he’d gouge his eyes out and give them to his team if they lost. And everyone was like, fellas… I really think he’ll do it so maybe let’s win this one.

Most important Q: What if Kagami hadn’t dodged those scissors?? A murder on the court perhaps???

#Kuroko no Basuke, #It's about high school basketball and yet, #Akashi actually scares me, #he reminds me of the ant king in hxh
0 notes · See All
kirisaki-daichi-scenariosAnswer

Sharp nails dig into your shoulder, as his teeth sink into your flesh, at the base of his neck. He purrs, and his tongue drags slowly over the red marks on your skin.

“I’m your favourite kitty, right?” he murmurs, right in your ear, close enough that you can feel the breeze of his lips and breath, and there’s a hint of a growl in the back of his throat, like he’s a tiger and not a house cat.

“You’re my favourite,” you repeat with a shiver.

“And I’ll always be your favourite.”

“And you’ll always be my favourite.”

His chuckle brushes your ear, as he leans even closer to you, arching his spine, his legs still straddling yours, his arms like chains around your torso, his chest heavy on yours.

“It’s good you remember that,” he whispers, and there’s a wide grin across his face as he licks up the saliva from the edge of your lips - truly the cat who got the cream, “I’d be so disappointed if you abandoned me. I don’t know what I’d do…”

The heat of his body burns as he adds, in a mutter, on the skin above your collarbone, “you know what they say about cats and their being ever-so-territorial?”

His teeth running up your mouth, lips curled back in a mix between a snarl and a smirk, and, though you can’t see his eyes, you know they’re gleaming.

You won’t meet his eyes. You’ve dipped your head, bowed before him, staring straight at the ground, as if you’re scared of his gaze.

“I’m sorry, Seto,” you whisper, voice cracking - why? Is he really that intimidating? - “I love someone else. We have to break up.”

“That’s alright.” Seto says at last. His voice is slow, as if thoughtful, as if figuring out which part of his tongue is producing the vowels, and which part is producing this awful bitterness. “Yeah, no worries.”

Audibly exhaling - Seto watches all the tension drips away from your form - you turn as if to walk away. Your eyes still don’t look up at his; what is about the floor that you’re finding so captivating today? And, just as you take your first step, Seto reaches out. His fingers trap your wrist, slamming it behind your head so your shoulder screams out.

“Just one thing,” he murmurs, and, unconsciously his voice has deepened, like it’s a growl, “why did you date me, if you had someone else in mind?”

Thus, it’s your fault that Seto’s second hand slaps you, forcing your gaze upwards, letting him finally see those pretty eyes of yours, the way even your irises are shivering, and the way the corners of your eyes are already moist with tears.

“You know that’s called leading someone on, and, frankly, I never pegged you for a whore.”

“Who is it - this fucker who’s stolen your heart?”

He hears their name stick in your throat, so he tightens his grasp, just a little, to remind you that he can’t hear you when you whisper.

“That’s not a name,” he releases your wrist, and steps back, and his lips curl into a casual, almost amiable, grin, “but, hey, you know what to do if you if you want them intact.”

When he starts walking away, there’s silence, with the exception of the heel of his shoes against the cold floor. But, then, a second sound: your footsteps, trotting after him, pitter-patter, like rainfall or a young puppy. Yeah, exactly like a puppy. One who’s still learning the command ‘stay’.