Trending Blogs
#kuroo tetsurou
heccingdeadAnswer
Kuroo, Tsuki, and Oikawa having a s/o who constantly overworks themselves in everything

A/N: Here you go! Feel free to click here to check out my other works! :3

Kuroo, Oikawa & Tsukishima with an s/o who constantly overworks themselves in everything

Hope you liked it! :D 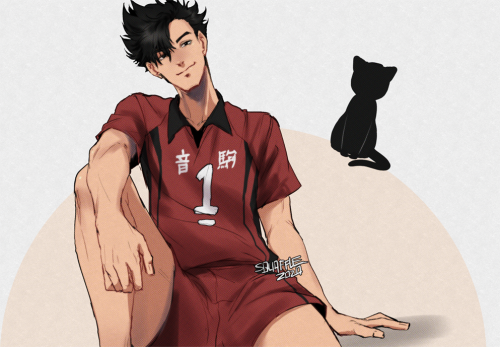 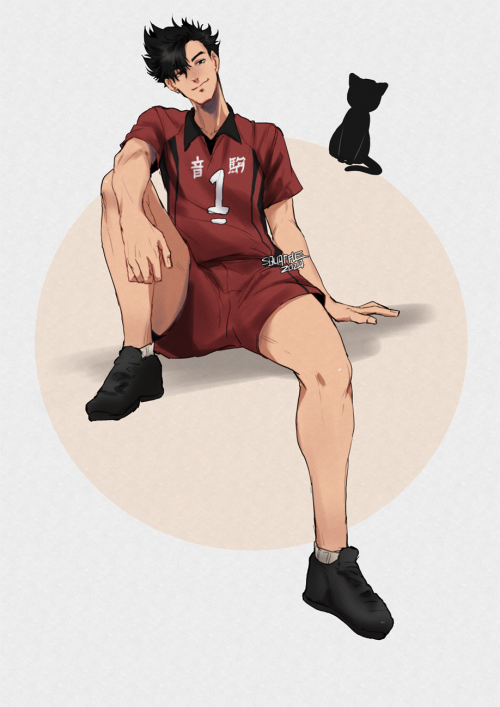 I was looking at my masterlist and I think these stories are my favourite ones:

Maybe I should indicate these on my masterlist.

Now I’m wondering which ones you liked the most. :)

#haikyuu!!, #hq, #kuroo tetsurou, #kenma kozume, #nekoma, #my art, #its been years since i drew haikyuu 😭 this was a feels trip, #haikyuu
7 notes · See All
m0n0cromeaText

always, i went with stuff that seems comforting or soft if that’s chill?

I just want to be friends with the home boys at third gym is that too much to ask?? 🥺🥺

i can’t stop thinking about it

i can’t believe my first version said nekomata. i’m a disgrace. here’s a better version of the lockscreen wallpaper (even though it’s still low quality lmfao) 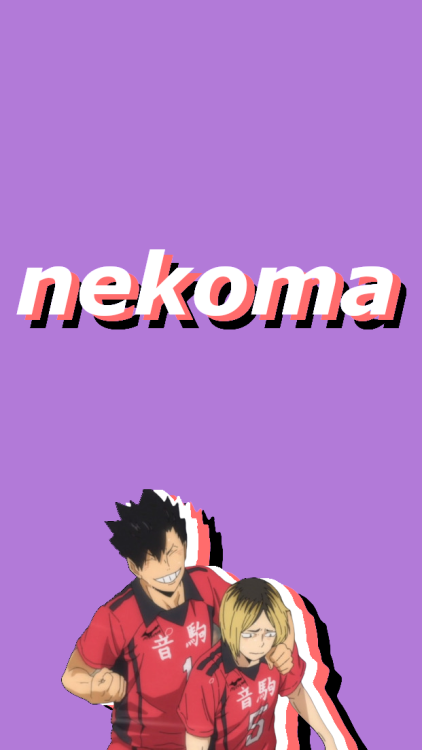 #kuroo tetsurou, #nekoma, #haikyuu, #haikyuu s4
0 notes · See All
the-black-birbAnswer
congrats on 200!!! & these hc are SooOOo cute!! can i get how they would confess with iwaizumi, kuroo, yaku, and akaashi

A/N: i made this more story like than headcanons and got a little carried away cjwjfjjw but alas!! Here we go. It is a lot to read ehehe

a/n: when my drafts have less than 3 chapters for SBV, me: I CANNOT POST UNTIL I HAVE 1 MORE CHAP!!! lmao, i’m just really worried the story doesn’t flow properly because i have so many revisions of chapters (the little details matter gosh) so at this point i can’t tell what’s my deleted ideas and what’s the ideas i’m going with. maybe i can post outtakes after this so i can have more time to make more chaps and ensure the flow of the story but again, idek what are my outtakes tbvh HAHA 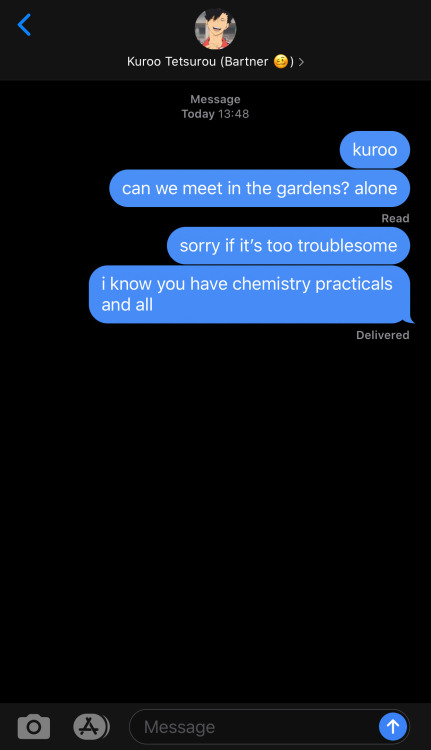 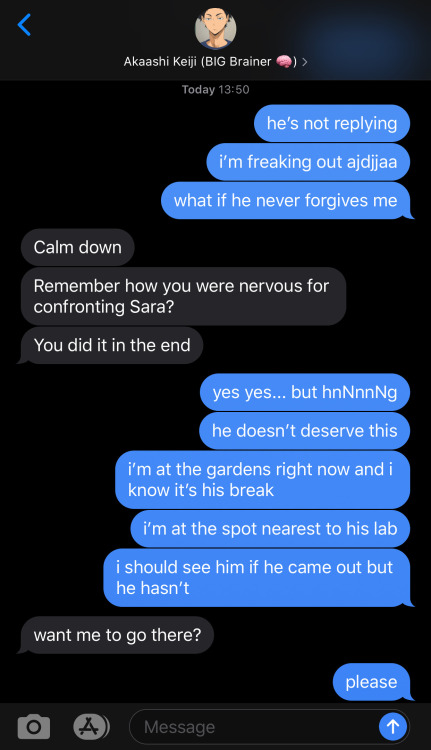 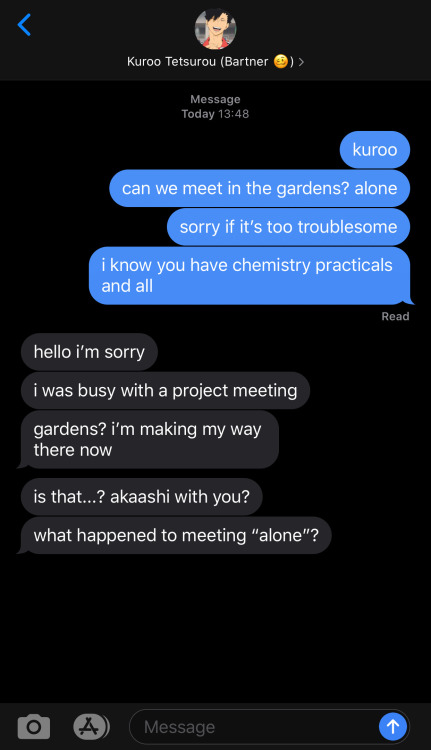 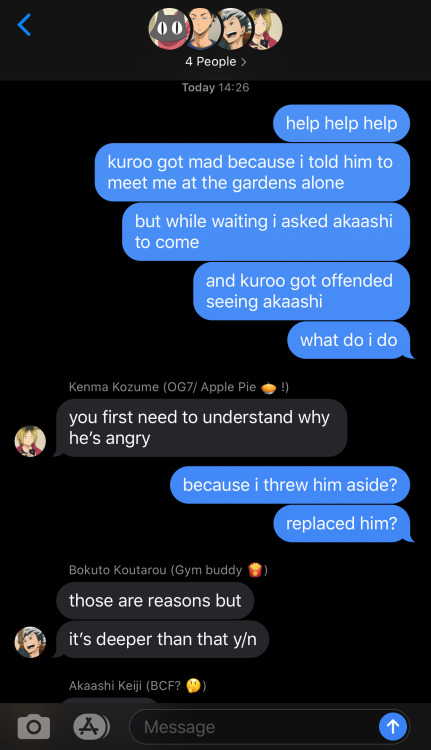 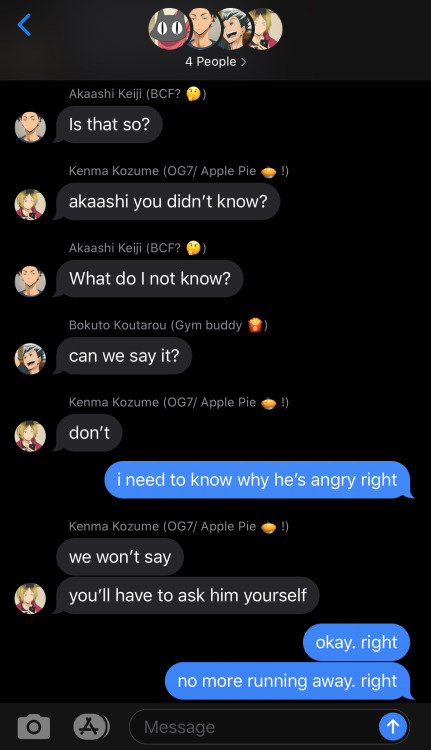 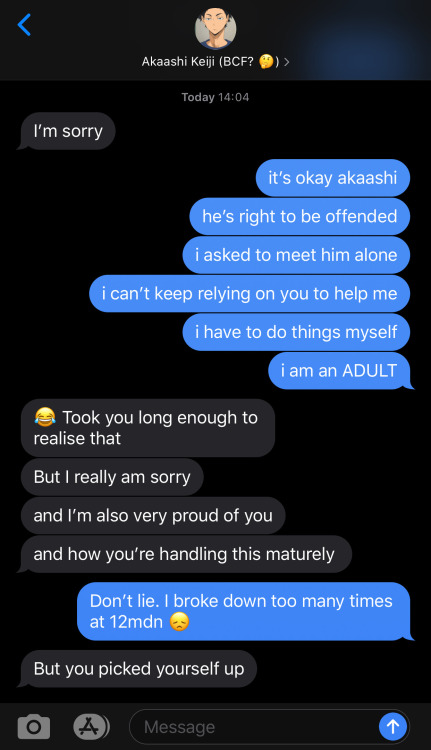 Kuroo in the ZONE. Lol, this probably is only funny to people who also liked KnB.