a night in the making. / read HERE

For the amazing @sickeninggrelle!!!!!!!!!!! She is one of my best friends and such a wonderful person and I love her with all my heart!

“You know you didn’t have to, right?”

“I know, but it’s one of your all-time favorites! How couldn’t I?” Othello said with a shrug, beaming as he handed Aster the movie. “Ooooooooh~ say - did you order it yet? And from Domino’s?”

“I do hope your able to finish all of it…the only fellow I know that would be willing would be Ronnie…and he’s in Vegas, right? On Vacation?”

“Ah, don’t worry! I’ll be able to! And yeah! He’s been sending us a BUNCH of pictures….wait, aren’t you in the group chat, too? I thought your TonTon added you!”

Do the shinigami ever forget they are wearing glasses? - Part 4 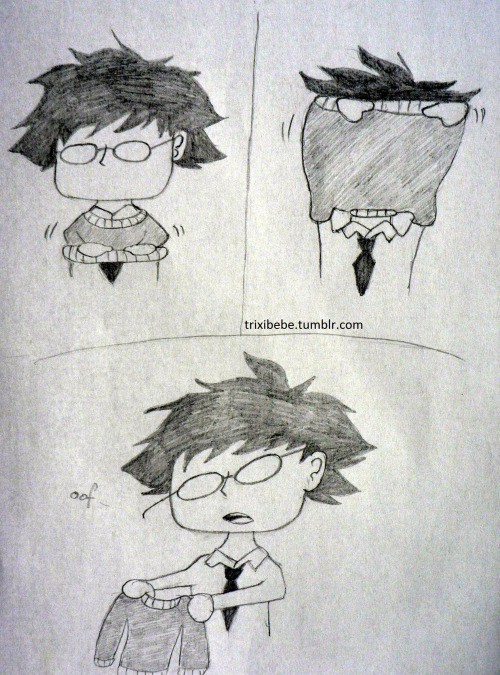 #kuroshitsuji, #black butler, #black butler othello, #kuroshitsuji othello, #excuse the quality, #but the quality of these were all so bad so it fits lol, #the cursed black butler art is back, #remember when i did these?, #the last one was made in july 2018 omg, #and i know othello doesnt wear a sweater but just roll with it, #myart
11 notes · See All
frederickabberlineText

I know it’s literally in his name, but I do think Othello became a grim reaper via a murder-suicide, and I think it’s worth a closer look because of how it defines his friendship(?) with Grelle.

Grelle - with all her conflating romance and violence, and her reference to Romeo and Juliet when she first fought Sebastian - was also (imo) definitely a murder suicide. She has a pretty obvious pattern; it’s even in the fairytales au chapter where she (as the little mermaid) decides her romance plan B is to try and drown William (and then save him, but like. At what cost,).

When Othello is talking about Undertaker’s past, he mentions how they didn’t get along because they were just too different, and how he’d be more likely to get along with the Undertaker of today. From this, we can conclude that Othello prefers people with issues similar to his own.

So if they were both murder-suicides, he probably sees a bit of his own problems in her. This means the reason he’s so patient and friendly with her, and he’s so supportive of her general behaviour and odd taste in men (moreso than any of the other reapers we’ve met so far) isn’t just because he’s a generally chill guy. It’s because he gets it. He understands the why, he understands the how.

Grelle and Othello may be near-completely uninterested in each other as friends or more, but I think they get along regardless because of this specific shared trait, which makes it central to their relationship dynamic.

It also means that Othello probably knows how Grelle died, and why. I couldn’t say how he got this information, whether he was told be her or read it in a report or figured it out from afar, but he knows.

We know the Reapers have bad eye sight, but what about their death-perception? 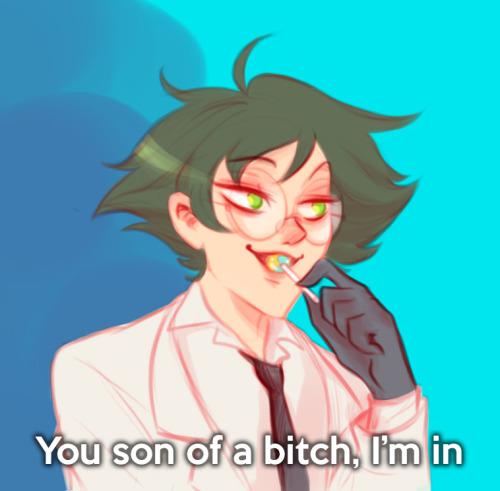 Some images with no context from the discord again

You know I had to do it to em 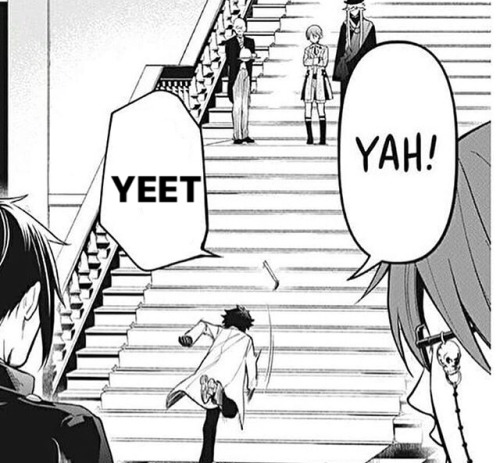 This probably isn’t particularly groundbreaking to point out, in part because somebody else has likely already realised, and in part because we don’t need this information to know that Othello has some tricks up his sleeves and is the sort to guide the plot, so we already know to look into his choices.

But I for one have been struck by Othello’s wonky eyes since his very first appearance. I’ve always been a little disappointed that they didn’t stay like they were in his first panel, because for a hot minute I thought we might have been given a character with ptosis of the eyelid who isn’t treated as a joke. But I think there’s probably a good reason why they keep evening out and then becoming mismatched again. And it’s not just because uneven eyes let us know a character is dangerous or unbalanced.

Othello’s whole deal is that his name is a reference to the game reversi, right, which he’s got pieces of on his coat?

That is, the game where you flip enemy round pieces to shift their side/colour to your own.

Like the reversi pieces, Othello’s eyes, framed by his round glasses, will occassionally shift. Here’s a list of every time his eyes have become uneven so far (as of 26/JUN/18):

Though I can’t be sure (hence the “?????”), I believe that this either signifies a change in his own allegiance, or more likely, is an indication of his making a strategic decision. Flipping a piece, so to speak, in order to take control of the board. OCiel may be playing a game of chess and treating black and white as separate sides and unchangeable features of the playing field, but Othello… Is playing by completely different rules.

If this is the case, I’d say the chapter cover is simply an instance of reinforcing our association of his calculated nature with his shifty eyes. The wording, too, gets me, because in reversi, any pieces in your way, become your own, using what once belonged to the opponent against them. “I won’t get in your way, if you don’t get in mine” and, what it actually implies, “if you get in my way, I will get in yours”.

Asides from our not knowing whether Othello is telling the truth about his physical incapability, or if telling Grelle and getting her to protect him (or underestimate him) was just a way for him to further set up his plan, the one I think is the most interesting is his choice to tell Sebastian and Ciel vital information.

Because by telling them there was supernatural involvement in the development of the cult technology, he effectively tipped them off to the presence of Undertaker… or something more, if Undertaker isn’t the only one involved. And he did it on purpose. But I wonder why…? Perhaps in order to set up Sebastian, an enemy piece, against whatever else is involved. Just like reversi.

#kuroshitsuji othello, #othello, #kuroshitsuji, #kuroshitsuji analysis, #txt, #mine, #analysis, #he's probably also going to be instrumental in getting UT to swap sides even though I think William will have greater prominence there, #greater than he currently can have if Othello has UT rejoin dispatch right now by himself I mean, #but somebody else has probably already noticed ik hfhdhdjdhd
29 notes · See All
fuckin-amor-mitsukiPhoto

OTHELLO A LIL FREAK AINT HE?😎💦 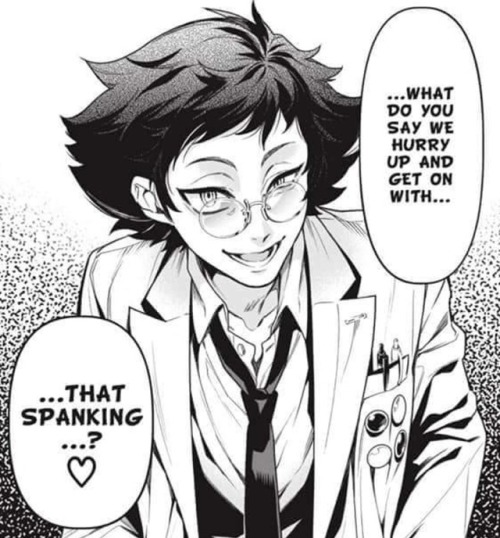 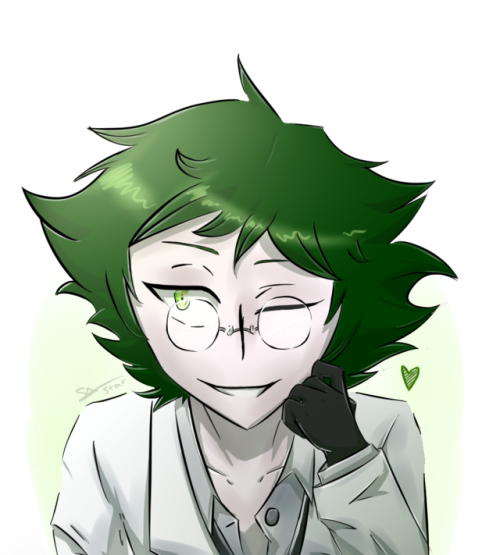 #ASKJFSDJFN I'M STILL SCREAMING, #I normally don't add this much shading and detail but I couldn't help myself this time, #othello, #kuroshitsuji othello, #I have ascended my soul has been cleansed, #alskdjshdlkaj, #lkasjdla k now I need to actually get some sleep it's past midnight, #*distant screeching*
28 notes · See All
Next Page