Hux: I know Ren said he was giving me the Kiss of Death, but I still think he was coming onto me.

Phasma: Did he use his tongue?

Kylo Ren came to surprise Pete Wentz for his birthday! 🎉

Whilst Kylo Ren grapples with the presence of Han Solo, Darth Andal seems to be putting out fires all over the place.

Can someone explain to me the appeal of the overly edgy dark haired possibly greasy sad boy archetype to me? Because they have like 2 story variations and are rarely any kind of interesting or engaging interesting but every time they’re in a story people lose their minds and I DONT UNDERSTAND am I missing something???

#edgy boys, #bad boys, #its like that archetype, #loki, #snape, #kylo ren, #that type of character, #rarely written well but people go fucking nuts WHY, #seriously am i missing something??, #writing, #i guess
0 notes · See All
salvucText

i don’t want to be mean or anything but why is Finn on the dvd of TROS? I expected the whole gang, or Rey or Palp, maybe just Ben but Finn… why

The more I rewatch TROS the more I hate everything about it besides Ben Solo’s redemption. The arc they gave to Poe, Finn, Hux (even Rey and Kylo) feels so off compared to the last two movies I don’t even know who they are (not to mention the sidelining of Rose completely). C3PO has more lines than Kylo/Ben do. The whole movie they basically sidelined half of the main character for a droid to have a bigger role. Not to mention the introduction of new characters we don’t have time to even care about when they should have been focusing on the arc of the ones we already had. I will even say I hate every scene with Leia except for when she dies. They all feel so out of place and the only natural feeling one is her death. They did not have enough unused footage to have Leia as a character in the film and I feel like she was just there serving no purpose which is a disgrace to Carrie. The only purpose she served was bringing Ben back which they could have done by having her death be at the very beginning. Anyway I digress I just hate this film.

How does one stop obsessing over fucking Charlie barber???? Like I’m at work I can’t do this to myself

Here is the final coloured Kylux stickers I will have available for purchase hopefully for summer!! Next to be cleaned up will be the Hans batch ;D

observant is not his middle name // kylo ren

Request: Hey sweetie, can I have an imagine of Kylo Ren and the reader dating? She decides to change her hair color without telling him. She goes from blonde to red and she gets his reaction. Thanks! ❤️

A/N: I changed it a little because I had more ideas with them not dating yet also I do treasure a good coffee shop au

King Ben will say goodbye to his beloved Queen Rey before going to the great and dangerous battle of the three Kings. 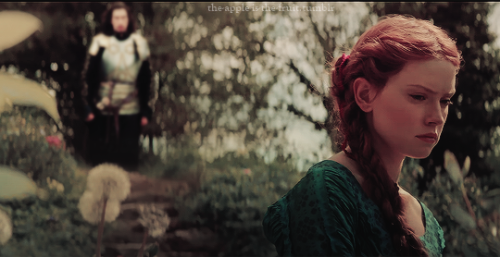 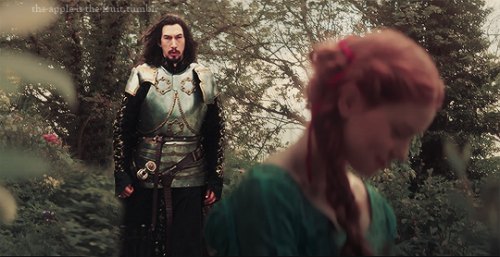 So I just finished my final exams for the year (WHOOHOO!) and as a way to destress after every exam, I drew one Porg-lo drawing per final exam day xD (Though I started with two at first). Here is the first batch of them :3

PLEASE DO NOT REPOST (REBLOG ONLY!) 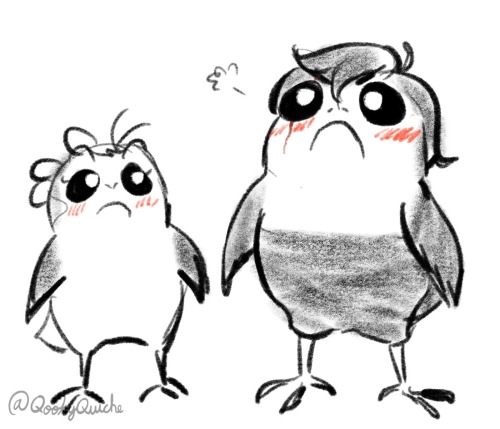 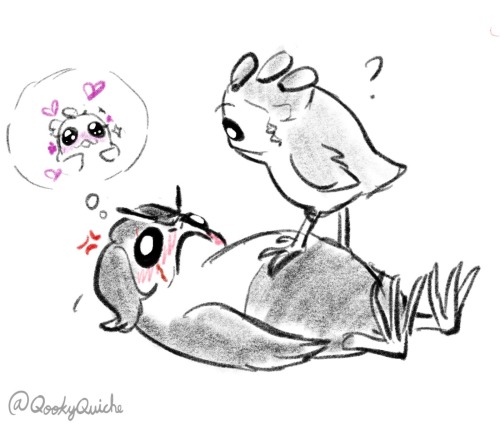 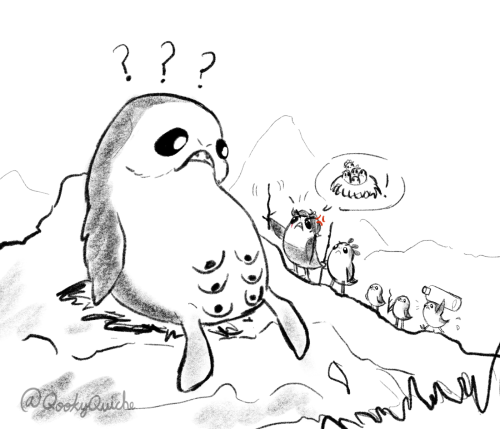 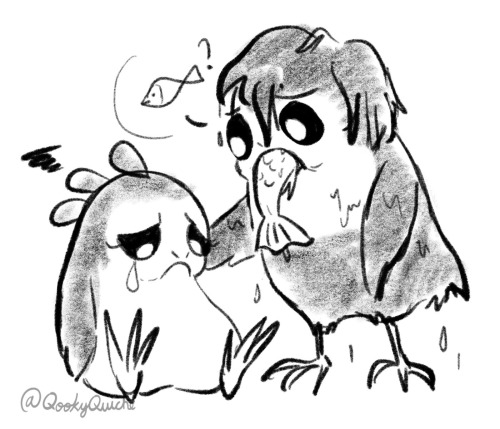 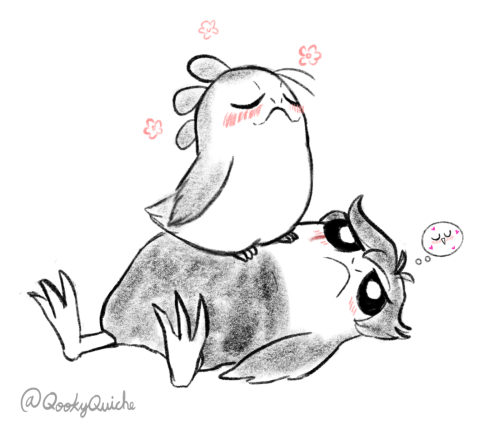 Summary: Your bullet wound is tended to. Somehow, Gilead makes things like this even more awkward than normal.

A/N: Hiiii! I am so glad to hear people enjoy my self-indulgence, so, here, have some more! Haha. Can’t help myself, have loved this shit since I was young.  Please forgive me. As usual, I am so grateful for y'all. You truly brighten my day–I feel so lucky to have what I have. I love y'all very much. I try to respond to as many comments as possible. Thank you thank you. TwT <3

🗓：kylo when Palpatine held him. 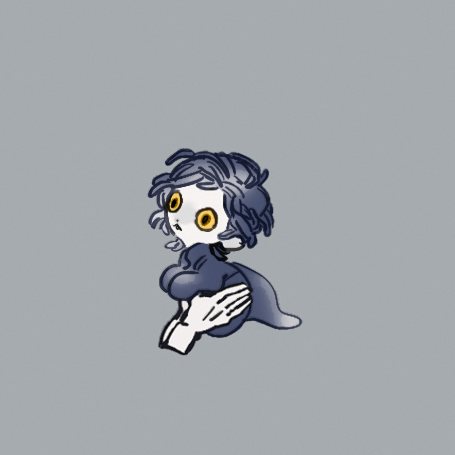 These are my favorite by far!! The whole aesthetic is just 🔥🔥🔥🔥 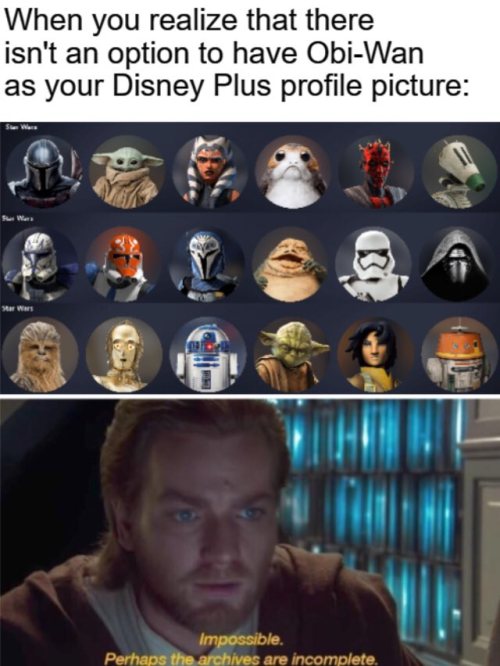 Another fic! Let’s hope I’m getting good at this. I love writing them and I hope people like reading them. Again, feedback and criticism are appreciated. Hope you enjoy!

Warnings: Angst, fluff at the end, made up locations, Kylo gets sad.

The repeated loud, blaring noise jolted you from your sleep. You sat up in bed. The imperial alarm. Everyone to battle stations. You threw the covers off and grabbed your lightsaber from the bedside table. You grabbed your armored vest and cloak, quickly putting them on before running out the door. You ran the entire way to the control room, the doors opening to reveal the chaos inside. Officers calling out the statistics and movements of the enemy while General Hux barked orders.

You’re laying down on the bed mindlessly scrolling through your datapad when got the notification that Kylo’s ship has landed.

After a couple of minutes, you hear the main door open and then footsteps. The bedroom door opens and Kylo steps in, mask already in hand.

You stand up and approach him. He looks down at you with tired eyes. “Are you hurt?” You ask. He shakes his head ‘no’ but you know better than that. You sigh and walk into the refresher.

You put your hair up into a messy bun and bent down to run a bath.

“Ky?” You called out and he stepped in beside you. He already stripped out of his many layers.

He then stepped into the tub, sinking down. Your knees immediately dropped down beside him.

As you washed away the blood, Kylo stared at you intently. When you knew you got all of it you raised your hand to rest on his cheek. He flinched a little but didn’t say anything.

Your hand lingered for a while and then you pulled away. “You relax, I’ll be in the other room if you need me.” You started to stand but he caught your wrist. Kylo glanced at the water and then back to you. “Stay?” He asked quietly. You gave him a small smile and nodded.

You stood up and stripped yourself of your clothes. You then stepped in and settled in between his legs. Head gently resting on his chest, careful not to hurt him.

Kylo wrapped his arms around you pushing you firmly against his body. You were about to protest. “Shhh I’m fine” he interrupted, and you melted in his arms.

After a while, you felt soft lips against your neck. He began to lick and suck at the sensitive skin causing soft moans to escape your lips. Then you felt his hard on resting on your lower back. His arms shifted and ended with a breast in each of his hands. Pinching and rolling your nipples between his fingers as he continued the work on your neck.

His right hand traveled down to part your folds. His middle finger began to rub slow circles into your clit. “Ky” you moaned.

Within minutes, he had you a moaning, whimpering mess. You were so close to edge but then he stopped, releasing you from his grasp. You whined at the loss of contact but knew what to do next. You then, faced him and hovered over his hips. Kylo positioned his cock at your entrance.

You placed your hands on his shoulders to steady yourself. Head thrown back, eyes squeezed shut, mouth wide open you sunk down onto his length. “Fuck” he hissed, fingers digging into your waist. You waited a second to adjust before lifting up and sinking down again.

You started a slow pace, Kylo’s arms wrapped completely around your back, pulling you closer. You hands found his hair, gently tugging as he started to suck on your clavicle.

A string of continuous moans left your lips as you started moving faster. You tightened your grip on his hair. Pulling his face away to look into his eyes. In a second, his lips were on yours. Rough and passionate. Moving together in sync.

Kylo licked you bottom lip and you gratuitously accepted his tongue to explore your mouth. You picked up speed slamming down onto him, hips thrusting to meet your movements. Your lips left his to catch breath and his face nestled into the crook of your neck. Soft grunts muffled in your skin.

“Oh gods” you moaned as he brushed your g-spot. This caused you to clench around him. “Fuck…. do that again” he groaned.

“I’m…I’m…. uhhhh” you were unable to speak as he continued to ram into that special spot. Your orgasm rapidly approaching. Kylo sensed it and you immediately felt invisible fingers at your clit. Tight, fast circles.

You collapsed onto his chest and he started to pet your hair. “Thank you” he whispered. You looked up at him, completely fucked out smiling “no problem” you laughed.

I would be Kylo Ren’s whore for FREE