Did I sit and edit this? Yes. Yes I did. 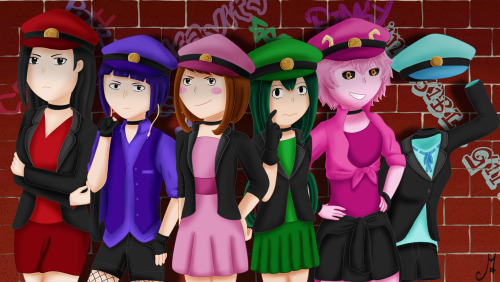 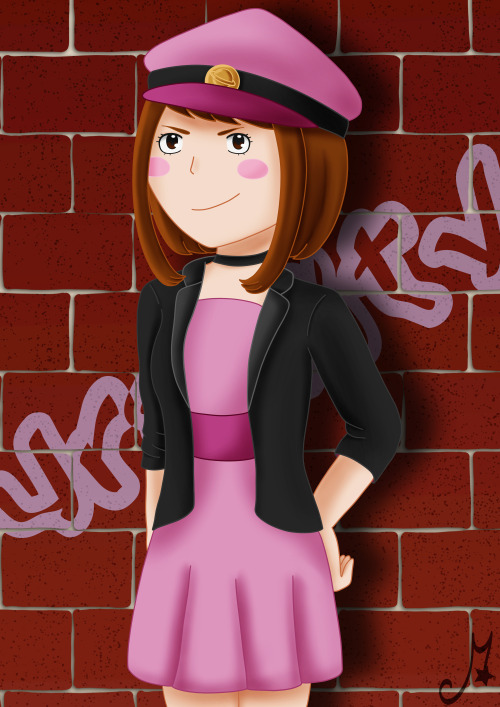 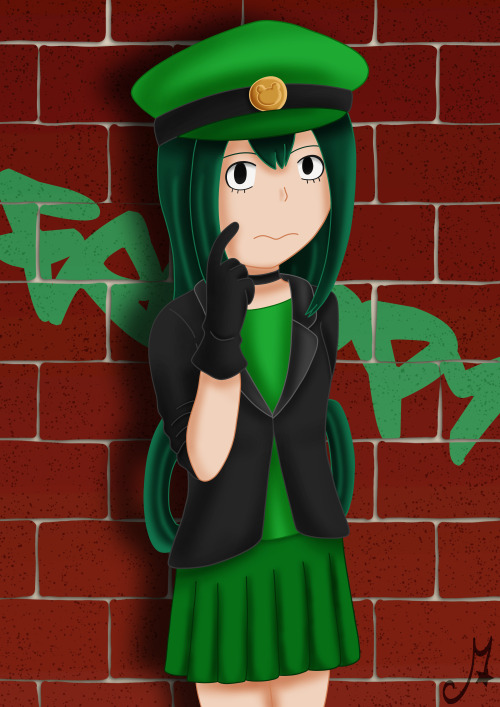 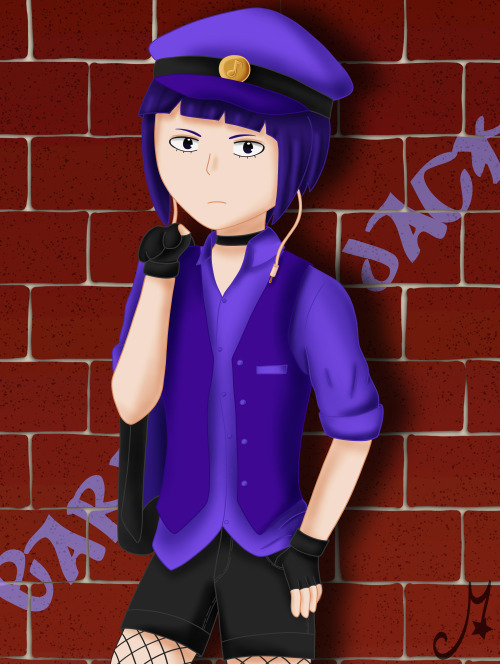 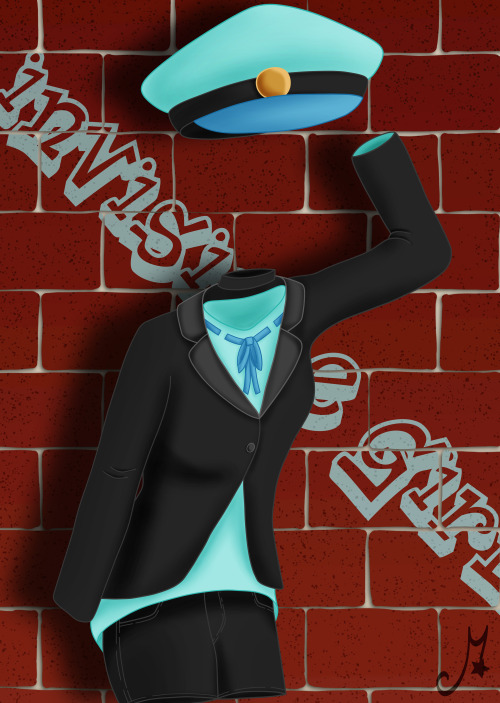 me: now i understand that not every character in a show is gay, and i should accept the fact that some characters probably aren’t going to be canon with the character i want

“We realized, the music we made could actually do something for others…. in that sense, music and heroism aren’t so different!”

Fight me on this ♡ 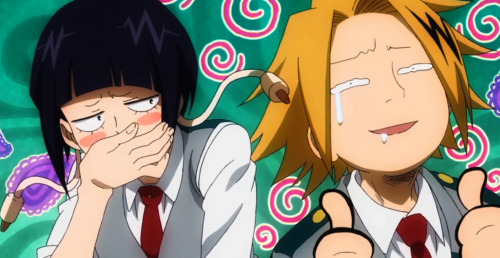 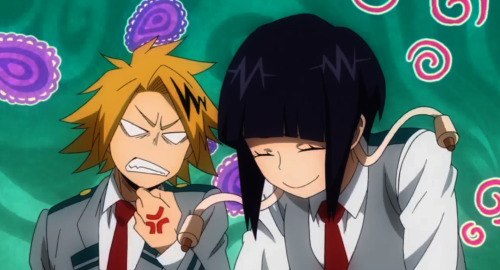 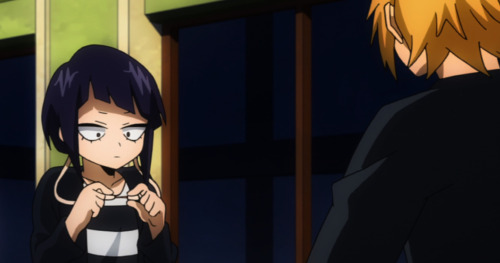 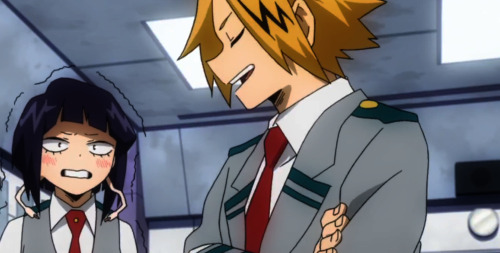 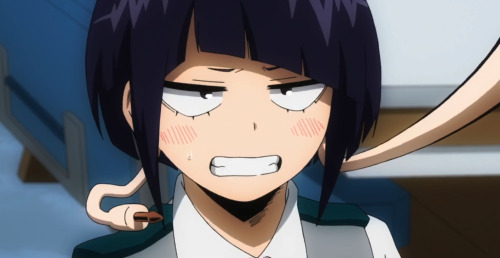 beauty and the beast but it’s momojirou

People Bakugou is scared of:

Because when Bakugou broke the kalimba Sero got Jirou for her birthday that he HAND PAINTED…. Bakugou swears he saw God that day. No I will not elaborate. Just image the worst death glare you’ve ever seen.

This is a true story that has happened to me in class. It was during a bullying presentation and I couldn’t stay focused. So when I was asked to finish this scentance, Rihanna was the first thing that came to my mind. I stopped talking mid way when I realized “no no NOO!” But it was too late. NO ONE EVEN LAUGHED! Detention soon came after, but thankfully my teacher couldn’t go through with it because she couldn’t keep me after school with corona going around.

But like come on, why was this question even asked?!

Also, I still can’t remember how the actual phrase ends. Rihanna just brainwashed it out of me.

not the best but here you go!

Decided to Kamijirou as that one scene from the office cause i really thought they fit those roles pretty well, i also love how the background came out.

Please Do Not Repost Without My Permission

Tbh I hadn’t thought about this ship til now. Not quite for me, but it’s cute!

I’m kinda perma-stuck on seeing All Might as mlm (bi/pan/poly are always gonna be valid headcanons, but not my headcanons personally) so this ship just doesn’t work for me.

a/n: first os i’m nervous jhwbdnsncksms i love these two so much. i got this idea from a fan art <3

sero and kirishima told them to meet at the new bar but maybe the boy next to her just drove them somewhere else, not even knowing where they were heading to.

say that jirou was mad at the boy who was driving next to her was an understatement.

“OI- C'MON JIROU IT HURTS” the young boy exclaimed in pain, meanwhile she kept hitting him with her jacks.

trips with human pikachu weren’t so unusual for the insecure girl, after all they were best friends.

“i seriously can’t believe we’re lost dumbass” jirou gritted with her teeth, trying not to punch him and get theirselves killed.

“hey it’s not that bad, you’re getting more time to spend with me, not everyone is so lucky” kaminari said in a flirtatious tone, bouncing his eyebrows up and down.

jirou, knowing his flirtatious habits, just decided to ignore him listening to some music from her phone with one of her jack plugged in, until she found that famous song she promised to show him.

“hey dude you have to listen to this song! pass me the aux cord” she exclaimed happily while putting her hand out, waiting for him to pass her the cord.

but it never came.

jirou turned her head and she found him already looking at her silently, with a very judgeful look on his face.

she couldn’t tell if it was because she called him dude.

“what?” she asked in genuine confusion.

“you are the aux cord” he told her with knitted eyebrows, but he soon regretted those words.