Sizhui: So basically, you say “wig” when someone says something super epic or cool

Lan Wangji, writing it down: Oh, I see

Wei Wuxian: Lan Zhan. I have been meaning to tell you this for a long time…

Wei Wuxian: I am in love with you

please Correct Me If I’m Wrong, but sizhui would become clan leader next right ?? idk if he was officially adopted by wangxian in canon but . i dont think lxc is gonna have any kids :^/

a quiet evening in the jingshi ☽ 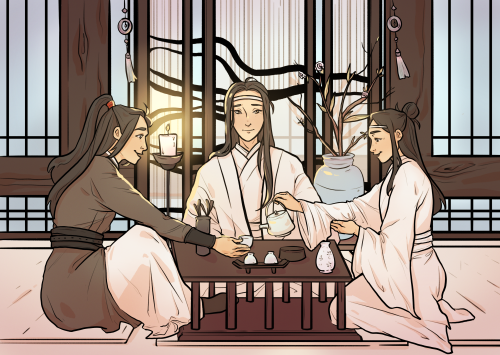 #CQL#MDZS#chen qing ling#mo dao zu shi#Wangxian#Lan Wangji#Lan Zhan#Wei Wuxian#Wei Ying#Lan Sizhui#A-Yuan#HAPPYLWJDAY#happy birthday king!!!#he's so good at taking care of the people that he loves#that i thought it would be nice to have a cozy evening with this two favorite people#working in tandem to quietly take care of him for once :)#i just think he would be most happy at home#with his family whole and together and happy#ahh finally get to post this!#i've been sitting on it for almost two weeks!#i'm very bad at not posting this immediately after i finish them haha#the colors are kind of funky#and this lwj fought me every step of the way but#it's done!#and i love lwj so much!!#wangxian married with a son#and finally gets his hard won happily ever after :)#i just love this family so much#sometimes i get bowled over thinking about the force of lwj's quiet love#but he's very loved too!!
86 notes
drama-session-notes
Text

If you have a discord server, I welcome you to join our MXTX server where you can join our lovely close-knit family.

(again, I’ve found some pics randomly on the internet, thanks for sharing them first ;)) 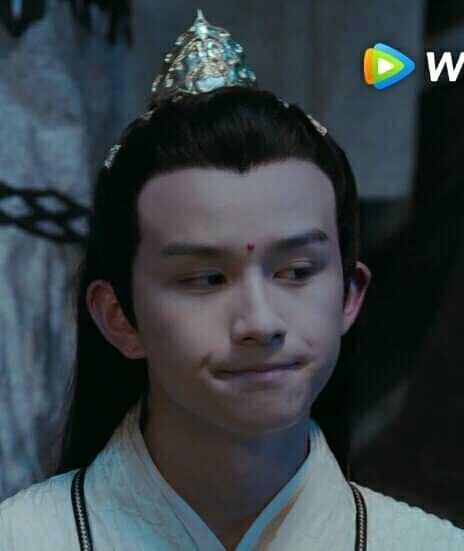 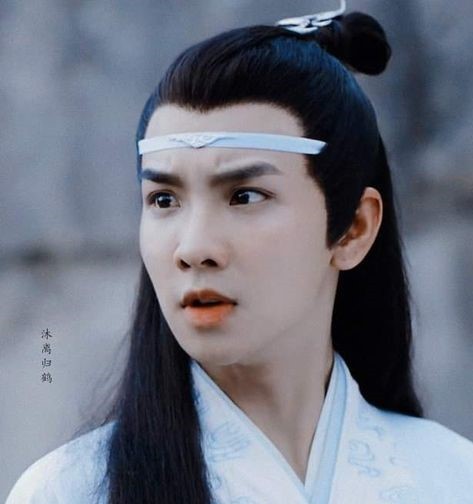 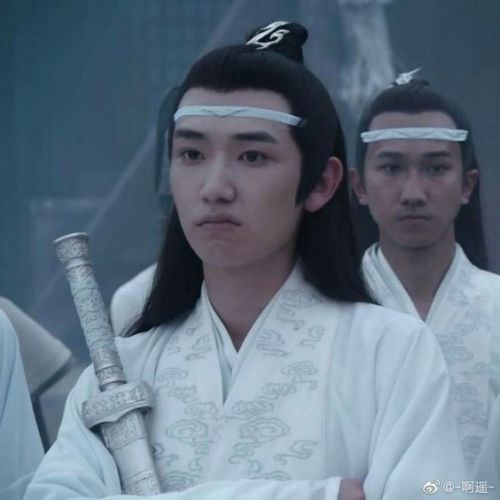 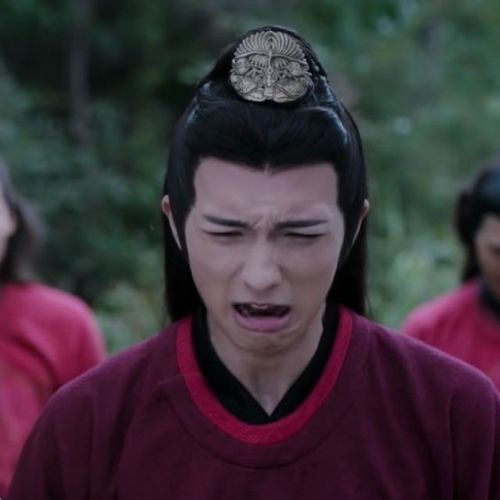 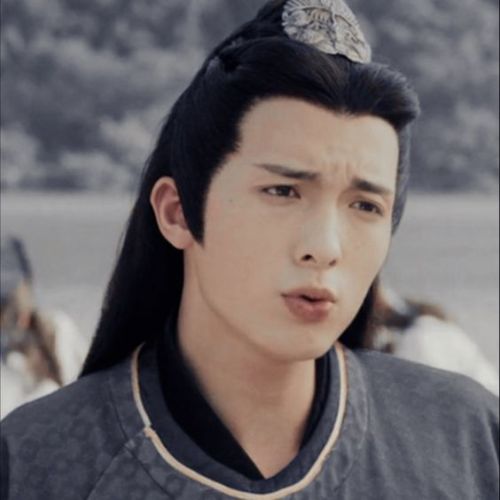 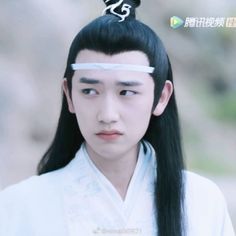 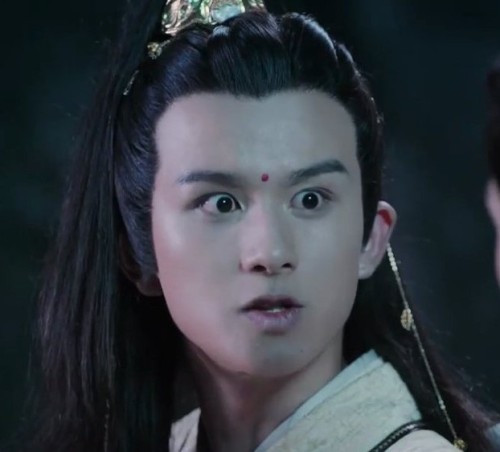 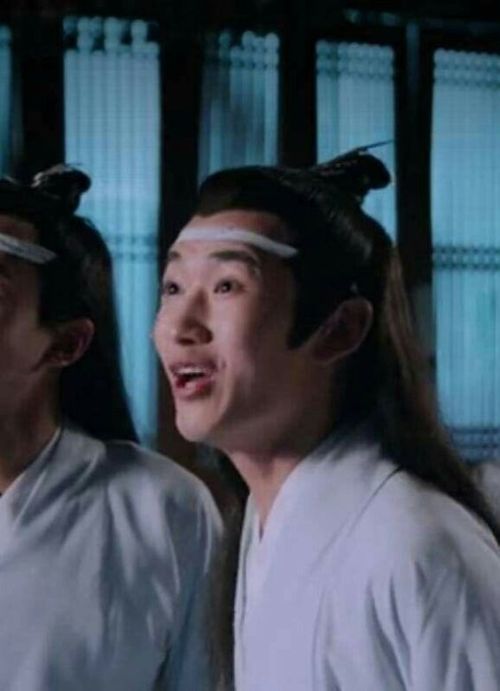 the grand finale!! i’ll post a thing with explanations/interpretations/justifications/regrets for all the cards sometime soon haha 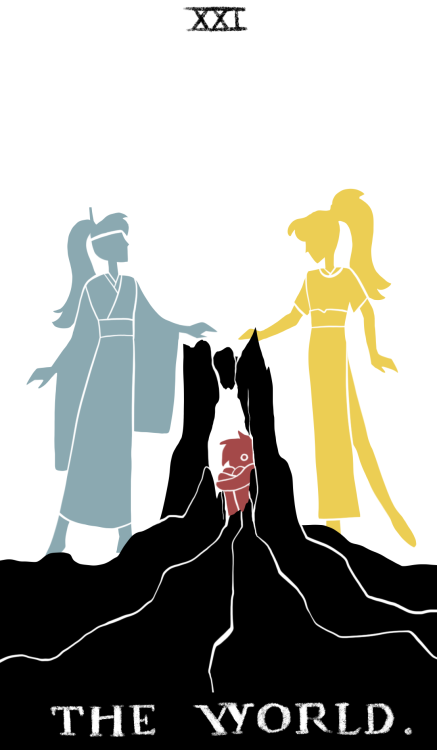 Based on a scene from her fic, you can read it HERE

Sizhui should get to be angry.

Post canon lan sizhui absolutely should get to learn some wen cultivation methods. Like healing, fire, fighting with chains, etc. Even get a dire owl of his own if he wants

*points at that last pic* hey op fuck you

I keep trying to think about what wwx’s research was, but i’m not smart so.

the Lans all have miltitary cool boy training, jingyi however, is a fucking high school student, so. 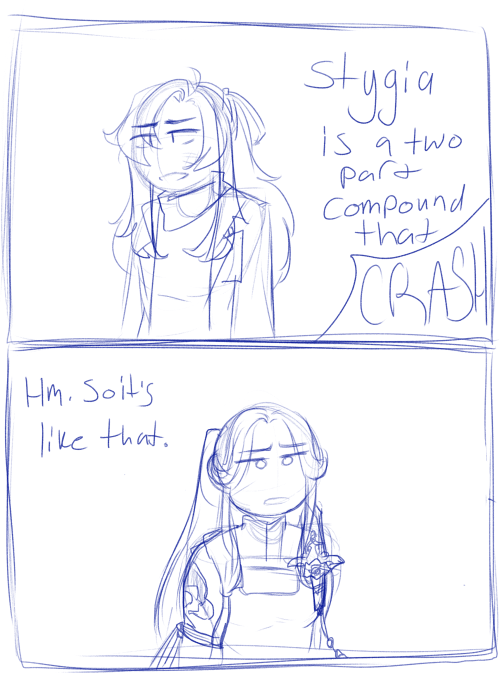 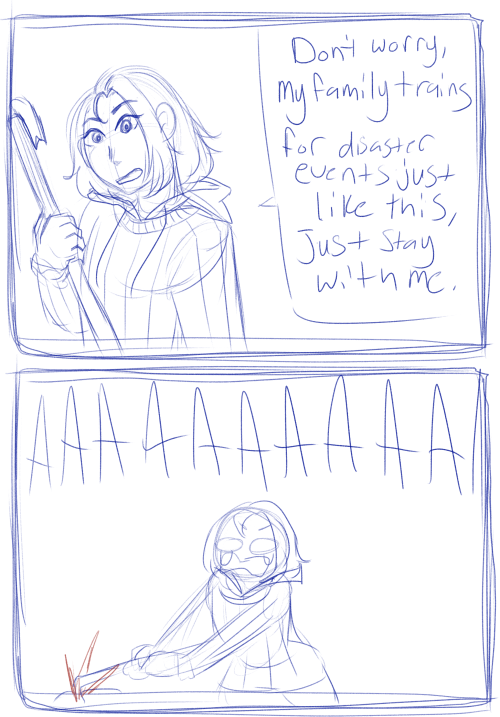 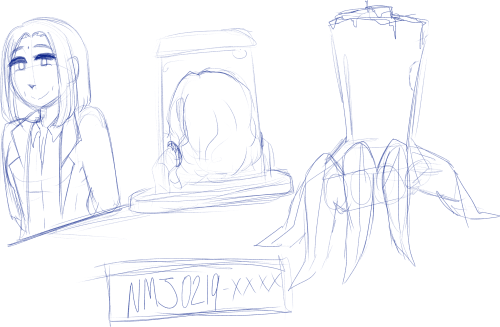 Background and textures by HCA 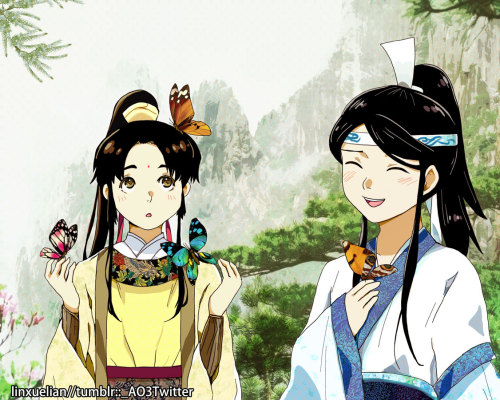 Young Jiang Cheng: I’m 15, that means I’m grown up now. Stop treating me like a babie!

There’s something that I haven’t mentioned yet because just… lots happening at once.

Little A-Yuan. Okay as you know he just turned 7, right? Well like we had a small birthday party for him. Nothing huge. He spent the day with his family and then Lan Zhan and I were invited over for dinner and cake. It was really sweet watching him open his presents and get doted on. No one could pass him by without giving him a hug or a kiss or a pinch on the cheek (the last one mostly done by Uncle Four and much to the displeasure of the boy.)

Dinner was nice and comfortable. A lot chattier than the dinners Lan Zhan is typically used to I’m sure, but he didn’t seem to mind. Wen Yuan spent as much time as he could latched on to either me or Lan Zhan. To the point that when it came time to blow out his candles, he did it from Lan Zhan’s lap!

I have a photo and it’s now in my photo album!

A-Yuan blew out his candles in one big breath and we all clapped.

Wen Ning asked him what he wished for.

And that little boy. With his big innocent eyes. Just smiled up at us.

“I wished Xian-Gege was my dad.”

I MEAN YES PLEASE I LOVE YOU A-YUAN. Except I’m not exactly dad material, you know? And I’m currently freeloading at my best friend/hopefully future boyfriend’s house and not exactly the most emotionally stable or responsible guy y’know?

And on par for the course I dealt with this new emotional overload by making an inappropriate joke!

“What about Bunny-Gege? Don’t you think he’d make a much better dad than me?”

A-Yuan looked thoughtful for a moment, then nodded very confidently. “Yeah! Xian-Gege and Bunny-Gege! I want both of you to be my dads!!!!”

Oh.. fuck. Just… CAN THIS KID SEE INTO MY DREAMS? (I hope not. They are not yet rated for children.)

I glanced at Lan Zhan, ready to laugh it off,. But… but oh the look on his face….

His ears were cherry-red but his eyes… His eyes were positively sparkling.

I don’t know what’s in our future, mine and Lan Zhan’s. But I wouldn’t be surprised if he didn’t try to make at least part of A-Yuan’s dream come true.

I know he loves that boy just as much as I do even if he hasn’t known him nearly as long. And… Lan Zhan would make such a good dad… he really would…

So yeah I wasn’t gonna bring this up but I couldn’t hold it in any longer. Thinking about Lan Zhan’s birthday coming up in a few days just kept making me think about A-Yuan’s birthday and I just had to get it out before I EXPLODED so here we are.

Happy Birthday, A-Yuan. I also wish you were my son but I wouldn’t wish my being your dad upon you. You can do much better.

A-Ling….You’re not fooling anyone with how happy you are

Sorry the comic is a little messy ^^; 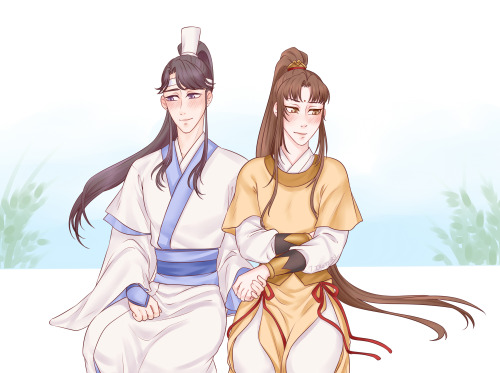