Reminder that Langa puts Reki in the catagory of amazing sk8rs. The same category he places, Shadow, Miya, Cherry, Joe, and sadly AD*M.

sk8 the infinity op lives in my mind rent free

alrighty fucklords and fuckettes, the new sk8 episode is coming out soon

Reki: God, I really need some serotonin right about now

Langa: [sits back down]

Langa: I forgot what that was for a second

Langa: I was going to get you some

Reki: DONT TRY TO CHEER ME UP JUST TELL ME YOUR BLOOD TYPE

Reki: What is it with you? I tell you not to do something, and you promise not to do it, and you do it anyways!

Just watched Sk8 episode 7, and I am v hurt for my boy Reki but someone please get that boy some therapy!!

Reki is still just a high schooler so it’s only natural that his emotional state might fluctuate the way it has been this past episode! He literally was just trying to have a good ole time with his friend and got randomly trashed on by other skaters calling him a “lowlife that only hangs around [Snow].” Plus, I think he really did try his best to hold it together. He told himself that he wasn’t the type to mope around and actively tried to gauge the different between him and Langa before suffering from a breakdown. I don’t think his anger stems from being “talentless” but from being left behind cause all the other skaters that he hangs around are high level. Shadow is well known on S, Miya is on his way to being on the National Team, Joe and Cherry and renowned, and now Langa is also up there with them while he is just “the tag along.”

Also, I don’t know about you but I think he might have some PTSD when it comes to ADAM. This GROWN MAN PURPOSELY skated the way he did to break Reki which ended with Reki having to get sent to the hospital. ALSO, Reki was genuinely scared of ADAM and worried for Langa that he had a dream Langa died. Even during Langa and Reki’s argument Reki says, “Do you know just how much I…” and its open to interpretation but I think he was either gonna finish with “I worry for you” to allude back to the dream or “I fear him” to talk about the legit trauma ADAM gave him.

Tbh that argument was bound to end like that from the get-go, not just because Reki lost control of his emotions, but because Langa brought up ADAM in sentence 1 despite Reki saying he really hates talking about him in an earlier conversation. Reki did try to walk away from the conversation, which may have given him some time to process and adjust, however, I respect and love Langa and think it was the right decision to tell Reki first but there may have been a better time to tell him rather than in the rain when he is trying to walk away after being incredibly worked up and disheartened.

TLDR; Reki and Langa are both babies, but Reki needs help and Langa was really not helping during that argument.

#sk8#reki kyan#langa hasegawa#sorry this is such a long post I really wasn't expecting to pop off this hard LOL#just got sad seeing people say that Reki is overreacting when I felt that this is actually quite a normal reaction#I also have this theory that its gonna be Miya that pulls him outta this slump cause Miya got ostracized for being better and so he knows h#how it feels and might help Reki understand that Langa might feel that same way#but who knows!! only gotta wait 1 more day to find out LOL
7 notes
matchablossom520
Text
#sk8 the infinity#sk8 the infinity meme#sk8#sk∞#reki#reki kyan#langa#langa hasegawa#renga#reki x langa
41 notes
fanwarrior321
Text

Langa’s face when Reki passes him breaks my heart. Like ughhhh. I am hurting

So we all know when Langa and Reki started talking Langa was just some random kid on the street looking for a job and Reki’s like “lmao wanna skate?” now Langa is being reckless n shit and Reki’s like “hold up” IT FITS THE VINE PERFECTLY

Reki: I should have left you on that street corner where you were standing

Langa: but ya didn’t

is anyone translating the cindereki au??? i can’t even watch the yt video because it’s not available in my country :((

anyway have some fun skating poses with the boys, i only kinda cleaned up two of them and ill probably finish them at some point but i also wanted to post the other sketches bc i like them 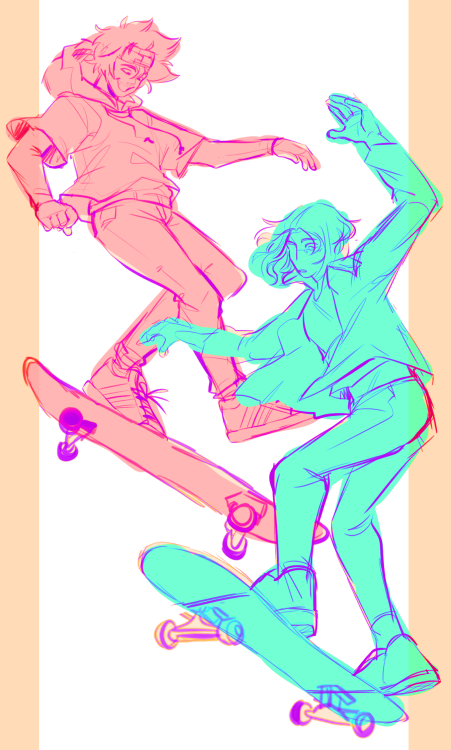 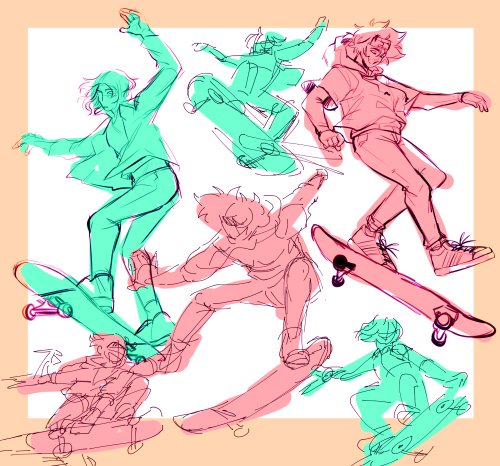