I made a note for myself and also for my students, next morning. I’m teaching a group of notaries to prepare for their English tests. They’re planning to take the doctoral degree as soon as possible.

I’m so inspired by their high motivation to understand and speak English better. One of interesting reasons comes from a young lady who wants to teach her future kids to speak English, besides her education target. It’s such a sweet and sincere, I’d say.

And I keep telling everyone who learns English with me… that learning languages always opens the door where we can get into the world of make believe.

Don’t you think so?

Are you practicing your target language now?

I like learning language through games, but not gamification. I mean, language learning apps such duolingo, drops, etc. could help me get used to my target language.

I read an article about habitual and repetitive learning, I feel it’s true since I experience it myself. Frankly, I don’t devote too much time on my language learning but I plan to do it everyday. Maybe 20-30 minutes is quite enough for me then I’ll choose different materials on each session. You know, I’m kinda easily getting bored of everything *lol ^^V

I’m practicing Spanish and Japanese by making them as habits. I speak in Spanish and Japanese in every opportunity (even when I’m talking to myself) and use any phrases that I’ve known in fit situations… like saying “buenas diás” to myself when I wake up. As simple as it is… or is it way too simple? Haha…

Do you make your target language as a habit, too?

How do you practicing?

Literacy opens the door to knowledge while languages unlock the gate to the world.

Well, learning languages has inspired me a lot. And I even recognised that human speaks not only by words, but also by the tones and colours. For me, music and colours are the resources of literacy, too.

How about you? Any book or something that got you hooked up?

Here’s my poem to celebrate International Literacy Day with you!

Well well well, here are my review sheets for spanish verbs and tenses. I made them in Canva using a template, so you might have seen this pattern before. It was nonetheless a lot of fun, and thank you again @hideerie (go check her out she’s amazing) for giving me this idea!

Also standing ovation for my awesome spanish teacher, she’s an angel and I learnt so much thanks to her.

Have fun guys and happy learning!!

As requested by @pistachiachinensis​, here’s some vocabulary in relation to grammar terms, mostly ones found when speaking about German grammar.

I’m sure there’s more but this is all I could think of for now and I didn’t want it to get too long.

Thanks! These must be your favorite flavors. Am I right?

Cherry: Do you drink tea or coffee?

(English translation to follow! Believe it or not, I managed to think in German for this one! Would anyone like to help me keep my momentum going by sending me another Ice Cream Ask?)

A German Listening Exercise for Easter

This video would be a good challenge for B2- to C1-level learners – not just because of the vocabulary, the speaker’s pace, and his French accent, but also because of the occasional gust of wind that interferes with the recording. I read somewhere that the easiest listening you will ever do is in the classroom, while the hardest is outdoors, in a crowd, when the speaker is using a megaphone. This video is about halfway between those two extremes.

When watching it the second time, I compiled two vocabulary lists: A “happy” one and a “sad” one. (As always, I followed my “Take It Off” rule and trimmed a list of 34 terms down to a fit 29.) But I hope both of them make you happy you did this exercise!

(English “translation” to follow, though we all know this is the German translation of what I originally thought in English!)

SOME OF MY FAVOURITE GERMAN WORDS & EXPRESSIONS PART III

¡Mantenio lejos de mi! lol - Keep away from me! hahaha

No hay nada que temer.  - There’s nothing to be afraid of.

Eres mas fuerte de lo que parece. - You are stronger than you look.

All of these were translated from the English terms 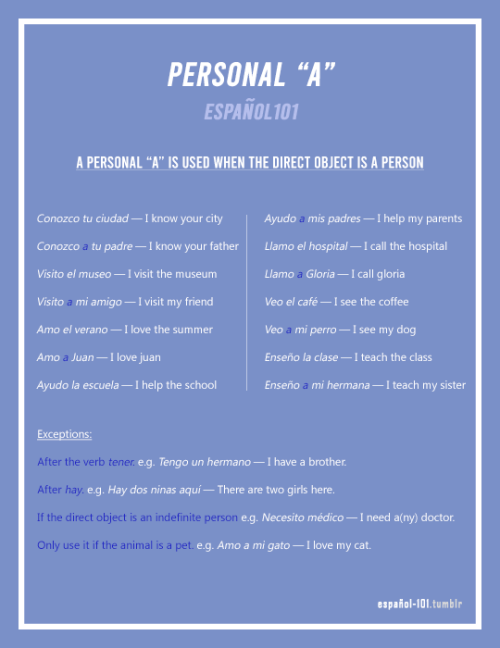 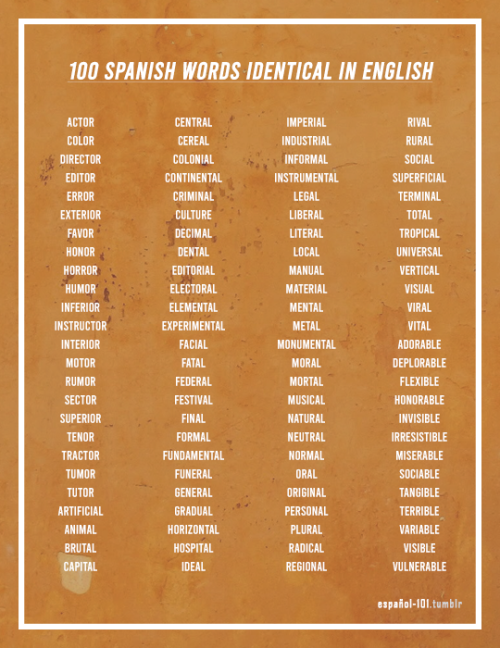 I’ve just realized there are Stories at the Duolingo. Have you tried them out? I did some in German and Spanish, they are great! And also you can earn 22 XP for finishing them perfect. What do you think about it?

#languages, #die landshaft, #languageblr, #langblrnet, #langblr, #tongueblr, #duolingo, #duolingo stories, #my post, #polyglot
5 notes · See All
spanishlandiaAnswer
Hi!! what is the easiest way to know if a noun is masculine/feminine? thank you!!

There are nouns that have one version for feminine and one for masculine. Most nouns of animate beings follow this rule:

a) there are nouns of animate beings that are common for both masculine and feminine:

b) There are nouns of animate beings that are only either feminine or masculine (this can only be learned by memory so yeah):

El personaje. The character
La persona. The person.
*El persona is not correct.

Then there are nouns of inanimate things that are either feminine or masculine and these ones too are only learned by memory.

To understand this further, it’s very useful to learn how to form the feminine from a masculine word (whenever it’s possible).

How to form the feminine

a) Those masculine nouns which end in -o, just substitute the -o with an -a:

Exception 1. Some masculine nouns ending with an -o are common for both genders:

Exception 2. Some nouns form feminine adding -isa / -esa, and even some accept both -a and -esa:

b) Those masculine nouns which end in -a / -ista are mostly common for both genders:

c) Those masculine nouns which end in -e tend to work as common for both genders:

Exception 1. Some feminine nouns will be formed with the endings -esa, -isa or -ina from -e masculine nouns:

Exception 3. Nouns ending with -ante / -ente will work as common. But some words have -e masculine and -a feminine versions:

d) Masculine nouns ending with -i or -u work as common for both genders:

e) Masculine nouns ending with -y work as common except for rey:

f) Masculine nouns ending with -or form feminine with -a:

Exception 1. Some feminine nouns are formed with -triz from -or masculine nouns:

h) Nouns ending in -n or -s form feminine with -a:

i) Nouns ending in -l or -z tend to work as comon:

j) Nouns ending in any other consonant tend to work as common:

A rather simple sentence clarifying some beginner grammar points. Sentence from Bunpro. As always, if you have corrections or comments, let me know. 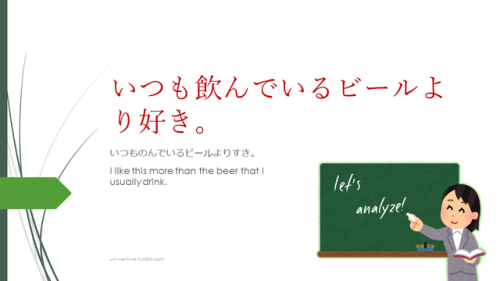 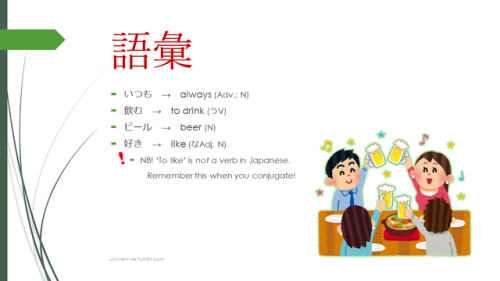 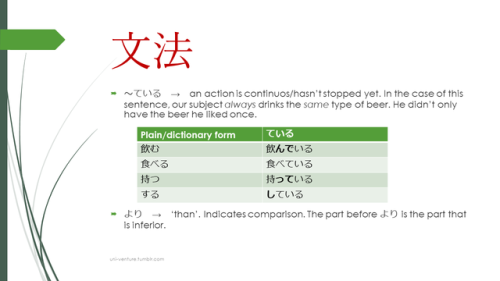 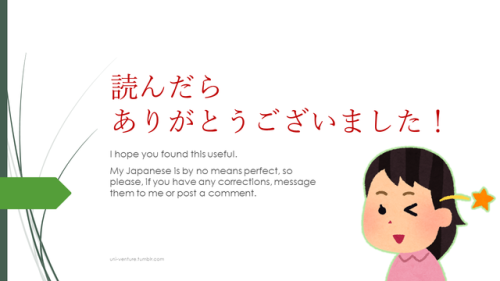 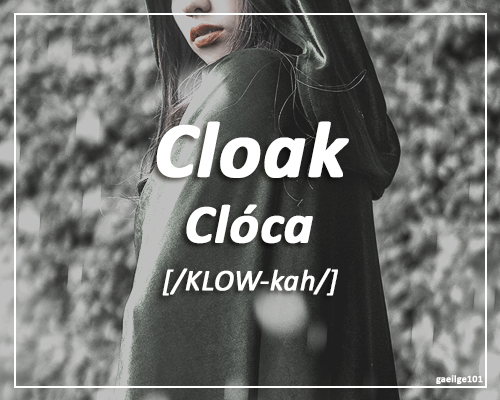