first of all, ABSOLUTE CHAOS between Crowley “I run the Hell” and Leah “I am Princess of Hel” and tons of misunderstandings. also, ok, it’s less chaos in the lawyer part and more chaos in everything else.

Leah finds out all the shit Sam and Dean have been through with angels and demons and heaven and hell and is like “well screw that” and puts a claim on their souls. this means that however Sam and Dean die, Leah’s invoking the Sacred Rite of Dibs. She probably won’t get them in her afterlife kingdom, but it means a lot more paperwork and that Sam and Dean can’t go up, down, or in the middle without afterlife lawyers duking it out. She gave them a loophole, basically. it’s not really for sam and dean, it’s for the Spite.

Yyyeeeeesssssss, i love the combination of fabrics here

Okay, coming in to the Loki trailer discussion because I’ve seen people saying the woman sitting alone at 2:02 is Black Widow and I need to debunk that personally for all of you:

What do I think? I think Sophia Di Martino is playing Leah of Hel-or at least a version of her.

As a brief recap, Leah was the best friend and creation of Kid Loki, until he was manipulated into sending her away. She was thrown by him to the beginning of time, where she stayed for eons nursing a grudge until she grew strong enough to escape-it’s implied that Leah grows up to become Hela, goddess of death.

Since there’s already a Hela in the MCU, I don’t think that’s the route they’ll be going. If you look at the set pics of Di Martino, you see a very much blonde woman wearing a suit that bears a striking resemblance to Loki’s Asgardian uniform. This, combined with the IMDB addition of a young Loki and a young blonde girl listed as “Young Sylvie”…I’m willing to bet that they’re combining two characters into one here: Leah is going to be the MCU Enchantress, and she won’t go by Leah at all-she’ll be named Sylvie, after the second Enchantress who was another one of Loki’s creations.

Cassie really want her mom to GET OFF HER CASE and she knows Leah from when she was deadish, and really, what’s a little fake dating between acquaintances?

The problem is when Loki finds out and INSISTS on meeting Leah’s new gf, laughs for five years, knows they’re full of shit, but pretends to not know. Loki is just SO EXCITED and ACCIDENTALLY lets something slip to Janet van Dyne during a quick fashion lunch who of course tells Hank and Scott because she’s not under the impression this is a SECRET and it all spirals out of control. Eli’s the only one who calls their bluff and is the one who is like “look, Cassie, do you think you might ACTUALLY have some REAL feelings…for…leah??”

Leah: being tall is AMAZINGGGGGG

Cassie: omg WHY DOES YOUR HAIR WEIGH SO MUCH???

They go to Hel to try and get it sorted and Angela laughs for approximately 500 years before she can even ask what happened. They go clothes shopping. Leah informs Cassie that things are not supposed to be this blurry, prompting Cassie to get her first pair of glasses and see the world!!! crystal clear!!! (billy responds to this instagram post with “I CAN SHOW YOU THE WORLD!!!!!” and a link to “a whole new world” from aladdin)

i’ve done a few of these and i get to this one and think “but what about ace characters??” so like, Leah’s kind of magic, right? and fuck-or-die isn’t about the actual sex, it’s about the chemistry stuff, so imagine them getting sex pollened and Leah using some psychic juju so they have psychic sex, so it’s the fun brain chemicals without the bodily fluid mess

Leah becomes slightly legendary for her sexual prowess, look what she can do when you’re all fully clothed! Imagine her power when the clothes come off!

Leah uses the army of Hel to rip apart every other afterlife to try and find Cassie. She winds up ruling every land of the undead and Cassie is the only one who can talk her down. Cassie doesn’t do that much, because being dead where she was dead….well, it certainly doesn’t make you kinder

they both sper get off on the other kneeling for them, but don’t want to ask because “what if she thinks it’s demeaning???” also leah loves doing service subby type stuff because she just wants to take care of cassie, ok???? and know she’s doing the right thing???

it’s a New Year’s Eve ahhahah-the-ball-is-dropping-and-we’re-next-to-each-other-and-we’re-adults-here’s-a-chaste-peck. Cassie can taste Leah’s lipgloss. She taps into all of her stores of bravery for the brand new year, takes a deep breath, and asks Leah, “could I try that again?”

Leah, also tapping into every bit of her bravery for the new year, manages to sound completely chill as she says, “yeah, that works for me.”

i’m just laughing because blonde bright Cassie visiting literal Hel with goth queen and her goth wife and then goth Leah visiting white-picket-fence Cassie’s mom (and her felon father) and their parents are very supportive, but visually it’s very jarring. Cassie’s mom has a moment of “oh i didn’t know you were into…uh…goths” but she’s perfectly lovely after her initial shock, so Leah just stores that story away to tell later (to be fair, Cassie’s last big relationship was with a ROBOT, so no, her mother did NOT know she was into goths!!! She thought cassie was into preps and nerds!)

they move into THE shittiest studio for a week before Leah blackmails Loki into getting them a nice apartment. the caveat being that it’s across the hall from Loki’s apartment, but that’s okay. She’s the same size as Leah in clothes and the same size as Cassie in shoes, so they just raid each other’s closets a lot.

They have no idea how to live on their own so the first month they’re constantly texting their parents about banal household stuff, which isn’t remarkable until you remember Leah’s parent’s live in hel, so they have VERY DIFFERENT advice

the GOOD PLACE??? Leah’s trialing a new thing with several other afterlife organizations, this whole “neighborhood” thing. Cassie is one of the first souls to try it. Leah is on site to make sure no snafus occur (also, it’s the first solo project her moms have given her, and it has to be PERFECT). Only there’s something weird with the souls she’s been given, and also the cute blonde? Keeps thwarting Leah’s panic attacks and also maybe causing them?

I had a dream about these kiddos having a great adventure so I drew them. Have a kid loki and leah climbing on your blog

I had the weirdest dream that I recieved a box of Marvel comics and that kid loki got another run called loki the kid . He was reunited with leah and over the course of the comic they got close but while leah developed feelings loki didn’t. So he states that he led her on and this cumulated in a panel where leah kisses loki in a restaurant. Then I wondered if the author or artist got the idea for the kiss from one of my cosplay pics because they were similar. That’s when I woke up.

Bet you’re surprised that I continued THIS, of all fics.

Yeah, I’ve had this icon for over three years and I still love it. It’s very Me, though my feelings wrt to my sexuality have shifted towards ace, greyromo lesbian, instead of Fully AroAce. Still, I’m in the umbrella and I’m keeping this icon for as long as I can.

I love these two so much. I wish people didn’t forget about leah she’s baby! I love her 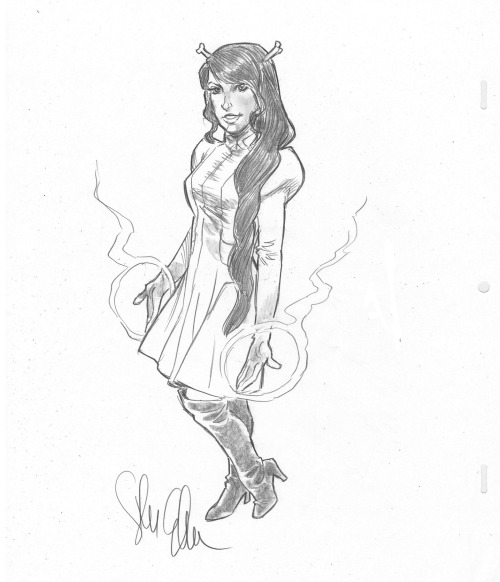 so basically i got bored and redrew this panel of leah and illyana from siege (2015) issue 2: 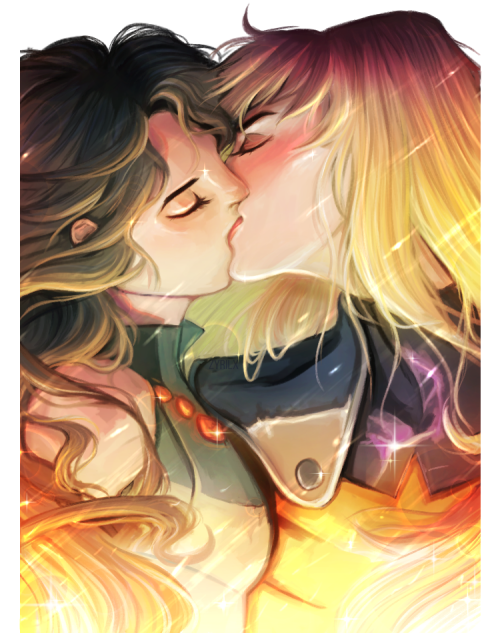 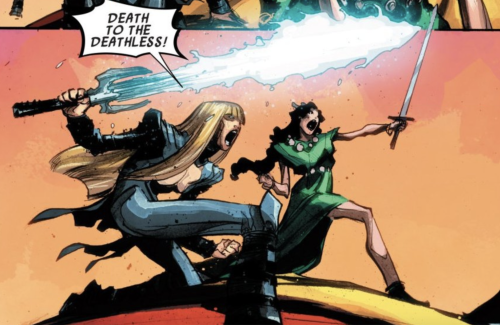 Illyana Rasputin. I like her. But not as much as Leah does. 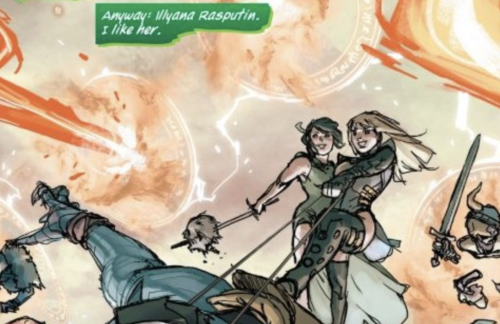 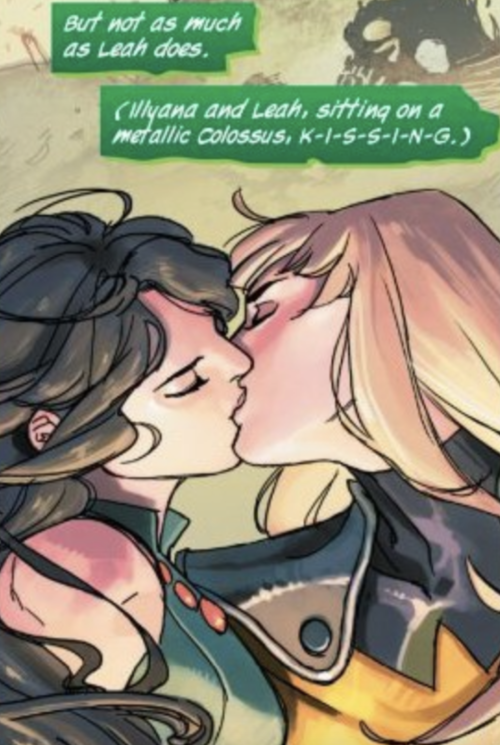 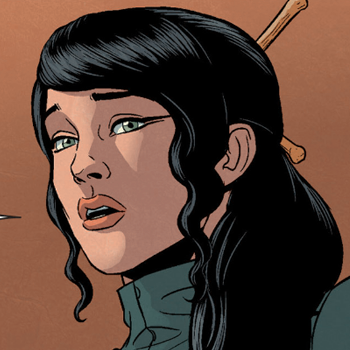 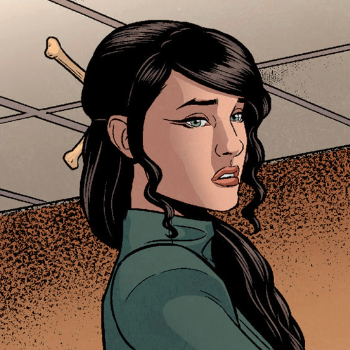 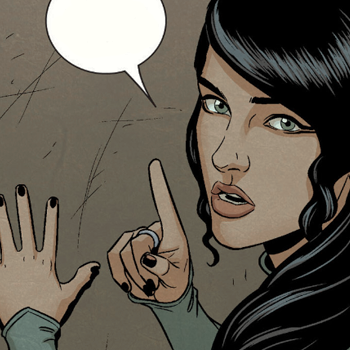 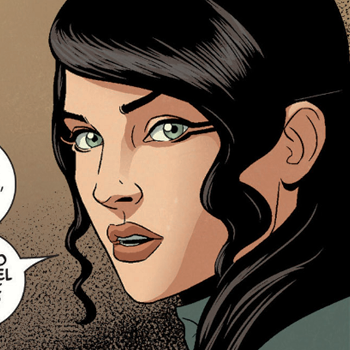 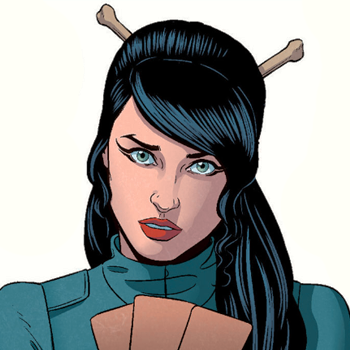 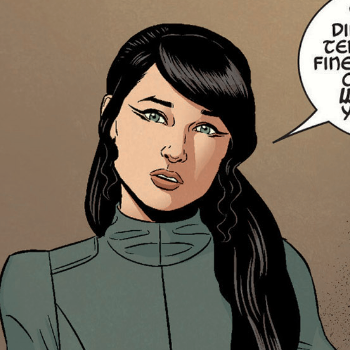 everyone at marvel may have forgotten about ults leah and her search for her girlfriend, but i definitely havent 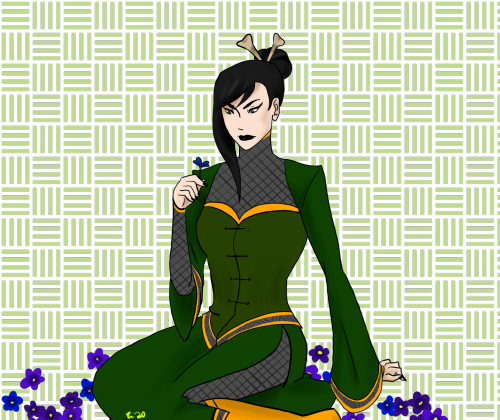 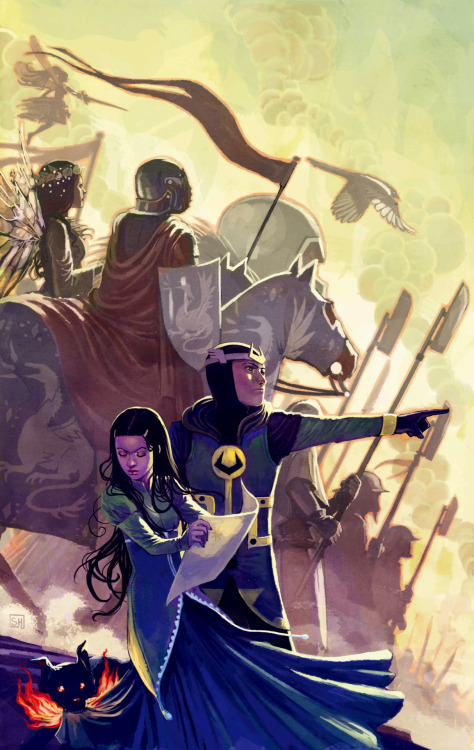