Thranduil: [with baby Legolas] Is your baby being a little shit?

Thranduil: Shout at him, that’ll scare him.

Am I the only one who wants to see Legolas heal someone? Like if a member of the Company was injured and there was no other way to save them, I’d love to see him do his Elf thing and heal them like Tauriel did Kili.

#legolas, #elvish healing, #wouldnt that be so magical???
1 notes · See All
momostudiosText

Repost of this old challenge…

Since Hobbits can be very sneaky, I often imagine Pippin making his way to Valinor.

Valar being mindfucked; Aulë, Gimli and Legolas high fiving him. We all know what Gandalf thinks.

#fool of a took, #tolkien, #the lord of the rings, #pippin, #incorrect tolkien quotes, #incorrect lotr quotes, #legolas, #gimli, #aulë, #gandald, #shitpost, #crack, #bilbo frodo and sam went to valinor, #why not a fourth hobbit, #they're protected by yavanna, #ar pharazôn cries from his grave
80 notes · See All
incorrect-lord-of-the-ringsText

Legolas: If I punch myself and it hurts, am I strong or weak? 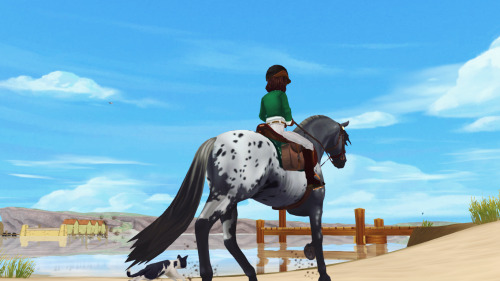 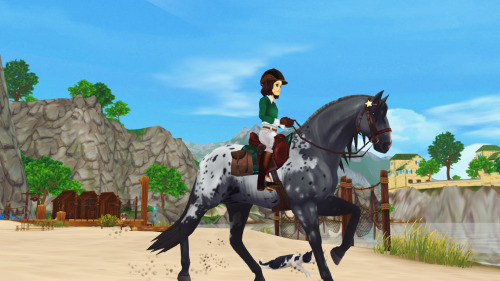 Just posted a new chapter of TLLOTS! Link in description 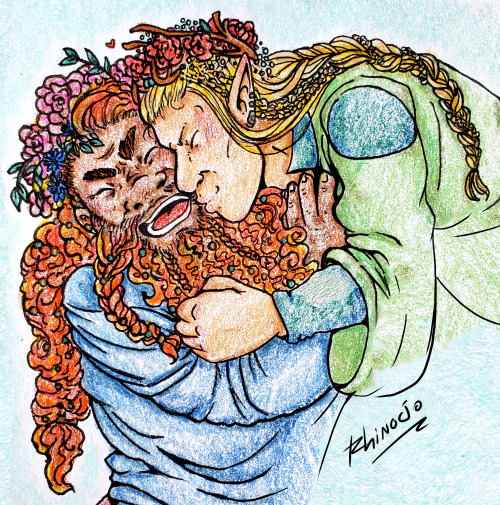 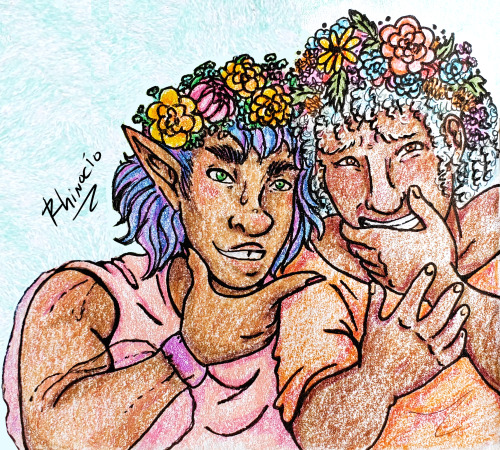 Notes: As requested by @eamesandbellamyaremyheaven and inspired by this absolutely gorgeous work… Sansa X Legolas ;)

Sansa figured out -quite fast -that trusting Littlefinger was a bad idea. She made him think she was going to do what he wanted, waited until he took her away from the Valle, them she escaped him.

It was probably not a good idea -she wasn’t like Arya who could fight for herself -but she tired of being used as a pawn by everyone around her.

She’d escaped Littlefinger and ran into the forest, and her only plan was to somehow get to her uncle Brynden. She admitted it wasn’t the best plan, but it was the only one she had; she couldn’t just wait around to figure out why Littlefinger was taking her to the North.

She hid in the forest, hiding if she heard any voice. Her food ended quickly, and she didn’t know how to hunt. There were still enough berries around to pick, but Sansa was starting to realize she might not get to Riverrun without help.

She’d managed to get a few coins that she was afraid to use or let people know she had them. If she were to be honest, she didn’t even know if there was a village near where she could get a meal.

She felt cold, scarred and miserable every single minute she was there, but she tried to hope for something. Anything.

However the gods had been nothing but cruel to her in recent times, so when a group of merchants accidentally found her, Sansa didn’t think it’d be good for her.

They grabbed her and tied her down, saying she looked too pretty to be just a peasant. As she denied many times being a lady -she thought they might want to ramson her -they lost their patience. One of the men slapped her face, the other asked if he could have her, since she wasn’t anyone important.

Sansa screamed her lungs out as she struggled on his grip. However one of his friends held her down and they teared at her clothes…

The first arrow seemed to come from nowhere. The other men didn’t even have the chance to grab their rusty swords, before more arrows came and they were all dead around her.

Sansa sat there, in stunned silence, clutching her clothes to her chest, painfully aware of how familiar this was to her. The same shame and fear and disgust, but she knew that this time, it wasn’t the Hound who’d saved her.

So who was it?

She heard a branch snapping and turned her head, just in time to see someone coming out from behind a tree.

She’d have called him a man, but it didn’t seem right. He didn’t look like any man she’d ever met before, and she’d seen beautiful men before. It wasn’t just that he was stunningly beautiful, there was something about him that was… Otherworldly.

She tried to scoot back, and he raised his hand. “Don’t be afraid. I won’t hurt you.” He spoke, his voice low and melodic.

He kneeled in front of her, still a bit far from her. “My name is Legolas Greenleaf, my lady. What is yours?”

Sansa bit her lower lip, not knowing if she should answer him honestly.

“You don’t have to tell me if you don’t want to.” He assured her. “But you should not be here.”

Her eyes filled with tears. “I don’t know how to get home.”

He brought his hand to his heart. “Then I’ll take you anywhere you wish to go, my lady. Just say the word.”

Fandom: The Lord of the Rings - JRR Tolkien

Summary: Legolas can’t help but twine himself into the great symphony of Fangorn - but as his mother taught him, it is easy to get lost in something so powerful.

day four of @tolkiengenweek (solo) sorry mate i have no clue what this is but it’s what i’ve got! so yea based off of @diversetolkien‘s hc i believe i just love fae stuff sooo im just gonna leave this here and run away

Almost two years since I finished these guys, “Bow and Axe”, from 2018! A little throwback to keep the theme going :)

I will resume working on this LotR paper art series soon, so ideas and suggestions are deeply appreciated! Which ones would you like to see next? Happy Thursday! 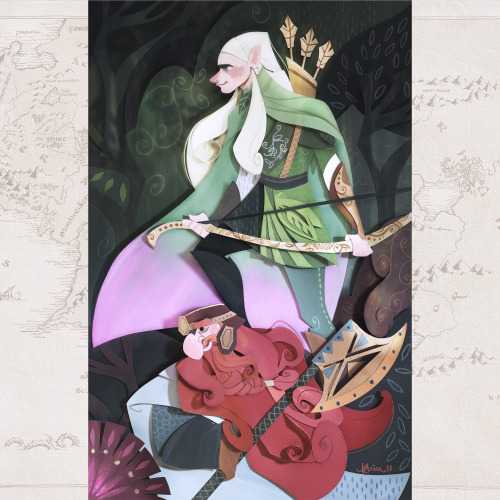 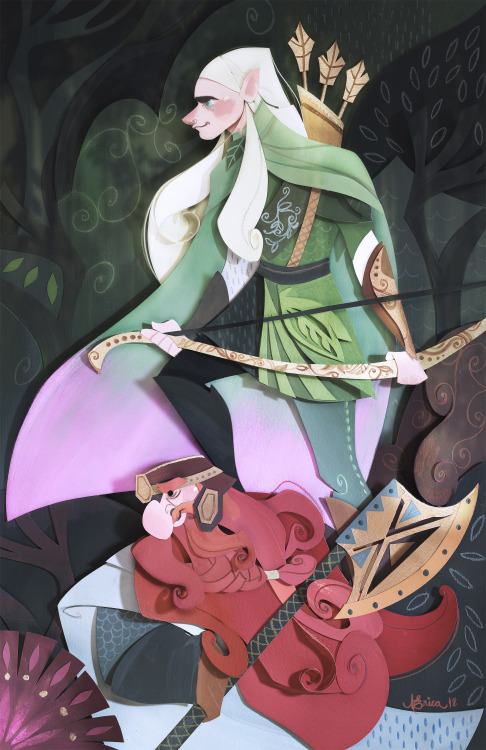 I love me an elfy boi

Aragorn: On a scale of one to ten, how bad of an idea would it be if we got married?

Legolas: Off the charts. Let’s do it.

Gimli: I’ve killed more orcs than I can count!

Gimli: Because I’ve killed a lot of orcs, not just because I can’t count very high.

Author: @greenleafs​
Requested: this is for the “diversity” prompt set by @tolkiengenweek​
Warnings: mentions of sensory hypersensitivity, neuropathy/nerve damage & blindness
Notes: Obviously, these conditions may manifest differently for other people. This is based entirely off of my lived experiences with hypersensitivity and neuropathy and how I relate them to the characters.

#tolkiengenweek, #let me know if you're interested in more of these because I have a LOT of thoughts on this topic, #there's precious little representation for these conditions so I'm making my own, #legolas, #thranduil, #lotr, #lord of the rings, #the hobbit
51 notes · See All
growingingreenwoodText