i really should draw some like cannon art but shhh. anyway tracer and sombra switch in this au so meet tracker! 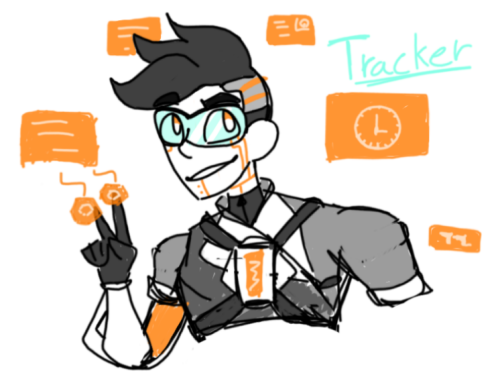 Tracer: it’s hard to believe Genji was essentially a prince. He’s so energetic and down to earth.

Mccree: You say that but he’s a lot more boujee than he lets on.

Tracer: What do you mean?

*flashback to genjis first night sharing a room with Mccree*

Mccree: *knocking on the bathroom door* Genji you almost done in ther- *pauses hearing crying on the other side* g-Genji?

Genji: *sobbing* My ass is too big! My Calvin Klein’s won’t fit anymore!!

Mccree: *trying so hard not to laugh*… *snorts* 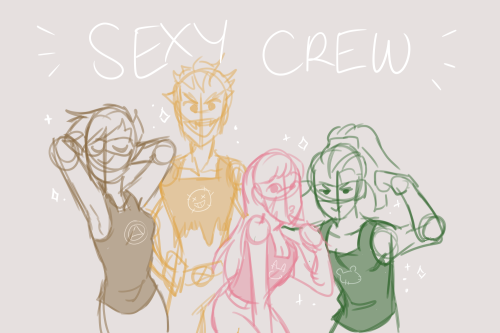 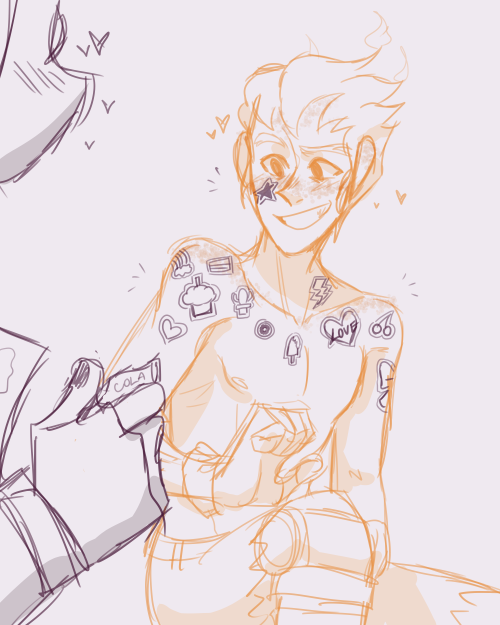 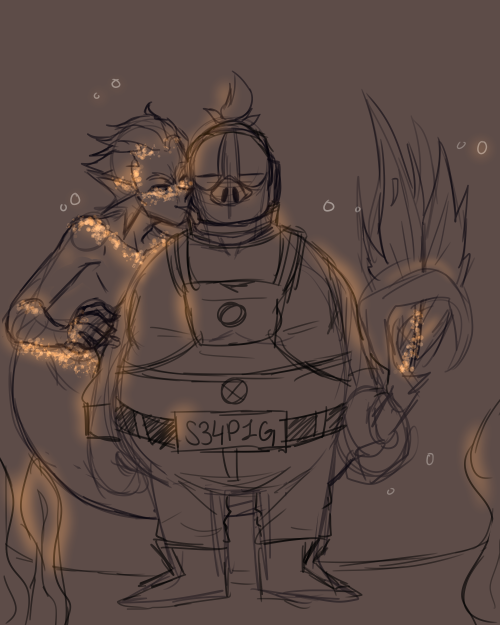 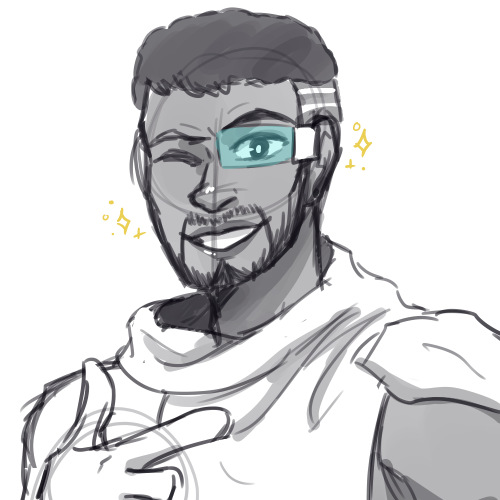 Hello I’ve never played overwatch and know almost no shit abt the lore :’)

Yes I like overwatch again, yes I play tracer and suck, yes I’m gay, what of it

This one was my absolute favorite to sketch and finish. My crops were nurtured and have grown immensely. I love these kids

They only have three controllers, so they’re rotating who plays winner. Of course, Hana has won pretty much every game and, in good spirits, everyone else wants a sweet sweet shot at victory.

This includes Brigitte casually distracting her by reminding her to focus, trying to chat with her, which wouldn’t be a problem if Lena didn’t so happen to be bumping her legs against Hana.

Meanwhile, Lucio is thrilled to finally win a game. He isn’t all that competitive, but it’s oh so sweet to win against a pro. He and Hana are testing each other’s merch, too! They’re trying new companies, so they want to see how their shirts hold up.

I feel like they’re playing some Mario Kart spoof, so Jamison is defiantly looking at the wrong screen. He’s been having a lot of fun, though. He’s drawing more inspiration from the game rather than enjoyment, but the machines he has built in his mind are enjoyment enough for him.

Brigitte is actually one of the only Overwatch ‘Kids’ to have their parents be shown, along with Fareeha. We’ve seen Fareeha’s dad and Ana is her mom— we’ve seen Ingrid, Torbjorn, and Reinhardt -her godfather.

Lena has mentioned her dad, in her newest comic narration,

But we can’t tell if he’s still around or if she has any other parents from this. As far as I know, this is the first and only mention of any of her family.

It’s mentioned in Hana’s wiki that she used to play video games with her dad, but I haven’t seen any mentions of him anywhere else. Again, we don’t know if this means she has any other parents or if her dad is still around.

Lucio has a dad, too, mentioned in his wiki and voice lines with Symetra.

Hanzo and Genji have a named father, Sojiro,

Orisa was built by Efi,

Dr. Harold died when Winston was young, (this could include Hammond, too),

Echo was built by Liao,but she seems a wee bit dead,

And I didn’t find much on Zen, McCree, Sym, Mei, or Zarya

And I think the only mom mentioned anywhere is Soldier: 76’s, but he isn’t even eligible for this list,

In conclusion, where are these children’s parents? Where are their moms? A kid doesn’t need a mom, but where are they? Are they all hot MILFs and that’s why you’re hiding them (sorry)?

And, finally, Brig, stop hogging all the legal guardians.

We have plenty of characters left, and we are ship positive! OCs are welcome too!!!!!

Mccree: if you died tomorrow how would you wanna go out? Me personally? I’d like to go out rockin peacefully on a porch swing on my ranch.

Tracer: oof… surrounded by loved ones, that’s how I wanna go.

Hanzo: well I’ve survived almost 100 assassination attempts, two overdoses, 3 cases of alcohol poisoning, 5 attempted suicides and up until I joined Overwatch I was praying to go out in battle with some shred of dignity. Now I’ve tempted fate so much I’ve started looking up every time I step into or out of a room in case an anvil or piano falls on my head…

Tracer: so long as it’s not twilight I’ll watch anything with bloodsuckers! I’ve always wondered why vampires prefer virgin blood though? Because writers think it sounds cool?

Hanzo: *snuggling up against Mccree* I see it this way, if we replace blood with say, a sandwich, for this analogy, I think you’d enjoy the sandwich more if you knew nobody had fucked it.

Genji: *chokes on his popcorn*

not actually please dont yell at me

Widow; My issue with Widow is she’s basic. I’ve seen this dozens of times. Her hotness is artificial - everything about her to shove in your face her hotness, and unless you’re a very meek lesbian or a weird creepy dude, she just isn’t that hot. She’s a gimmick. If she was more professional and less for show, she’d be higher.

Mercy; Boring. She doesn’t really have much personality in the media she shows up in beyond ‘angel’ and ‘tired’. The latter is the smallest portion of her character, but the most embraced. This is why she’s only hot in the fan portrayals of her in fic or art. She’s too plain and basic to be more than conventionally attractive.

Junkrat; He just ain’t, dude. Unless he’s your type, he isn’t hot. His personality doesn’t lend to his sex appeal, either. Very specific taste needed.

Mei; Only if you’re a butch lesbian or an even weirder dude. Very plain, but the body shape rep is nice. Her personality is probably only attractive if you’re into the same interests as her, or are familiar with your interests being shut down. This relationship will be a lot of gushing about fun science facts and god dang, you go you funky butch lesbians. Still not hot.

more retaurant AU~! this is all I can think of lately XD 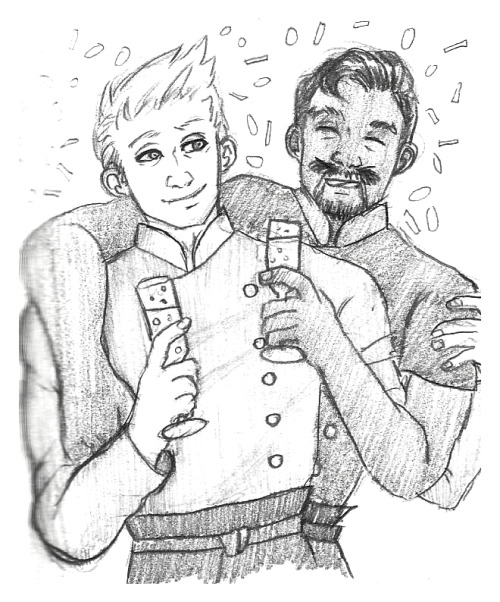 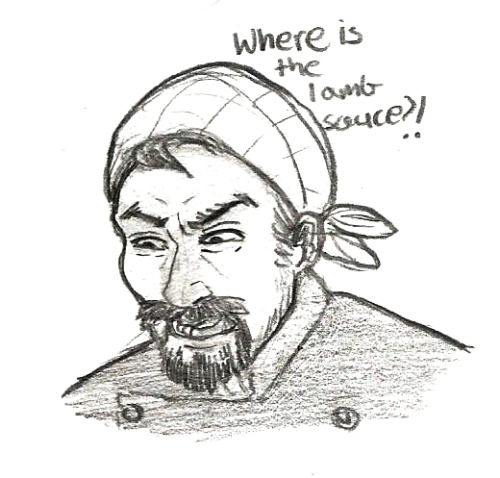 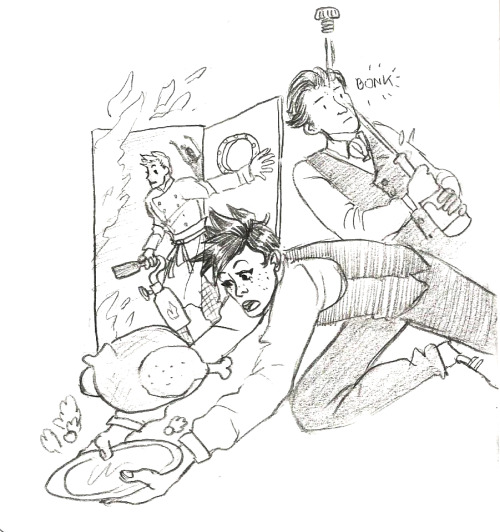 Widowmaker: if you’re going to fight me at least put effort into your appearance first, your outfit is hideously unsightly, how do you expect to attract any man like that?

Tracer: The day I dress for a man is the day they dress me in my coffin to meet Jesus you overgrown blueberry tart!!

[Lena imagines Moira seductively luring her to the lab, saying “Time for our next experiment, darling.” while winking]

Lena: Haha… How can I pick one? I guess I like Moira more ‘cuz she doesn’t mock me like Amelie does.