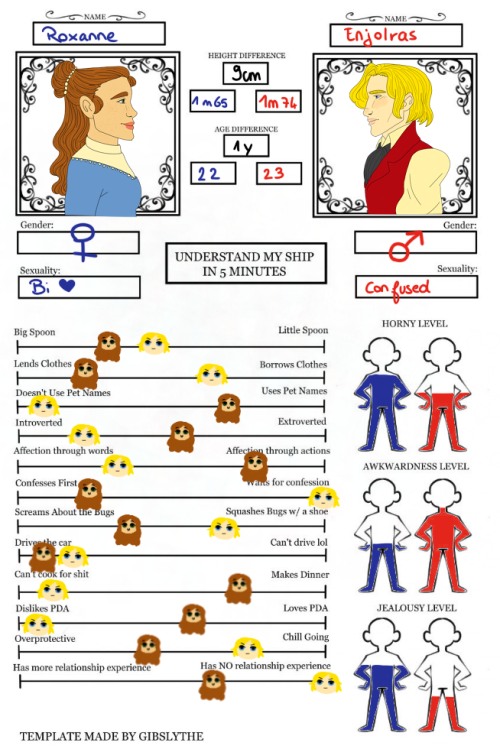 Beautiful. Poignant and beautiful. The original staging has never been bettered.

Daniel might be younger than some other Valjeans, but he compensates nicely with his body language. His bent posture, even when resting in his chair, creates a sense that his body is truly racked with pain and with the weariness of old age. So after he dies, it’s especially moving to see him stand fully upright as a spirit and raise his head toward heaven. The fact that his face is still lined with age and sickness even then (since he obviously can’t make his makeup disappear) arguably serves the same touching purpose as Fantine’s still-short hair – those dark eye bags and cheek hollows are his “battle scars,” symbolizing the long, hard earthly journey that’s made him worthy of paradise.

There is a beat of silence, everyone obviously wondering what he meant.

“Because you are putting yourself in danger?” Courfeyrac pipes up.

“Is it the alcohol?” Eponine cuts in.

“You’re headed for an early grave?” Joly asks anxiously, half getting up, as if he were to hug Grantaire. Or ask Musichetta to do so. Because let’s face it, Musichetta gives the best hugs.

Ignoring their questions, Grantaire makes a show out of obviously staring at Enjolras, who still seems engrossed in his laptop. He lets out another sigh and has to stop himself from breaking the facade by breaking into laughter. “Because I, too, want to fuck the sun.”

#Les Miserables, #les mis, #musicals, #broadway, #west end, #enthusiastic musical quotes, #song: i dreamed a dream, #yeah i had a sad day yesterday and what about  it
34 notes · See All
coffee-rack-artPhoto

“Does she see what I see?
Does she feel what I feel?” 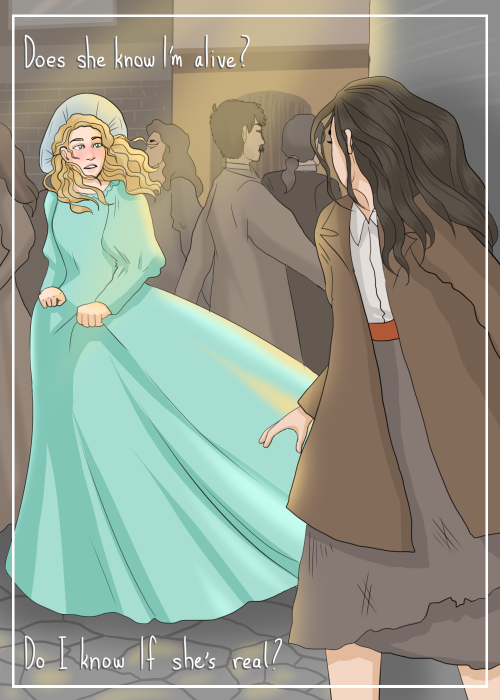 #Les Miserables, #les mis, #cosette fauchelevent, #eponine, #eposette, #eponine x cosette, #broadway, #musicals, #listen i was contractually obligated to make this i've been mentally drafting it for 5+ years, #fan art, #I lvoe this song i just wanted to make it better, #place bets now as to whether I'll do a sequel piece w marius and courfeyrac hmmmm
11 notes · See All
edgy-fluffballText

Sooooo…. I’ve got splints now which are supposed to stabilise my wrists during every day tasks. What they are not doing is help when I’m writing so I am now taking them off when writing and wearing them at all other times.

It’s okay, I still try and wear the splints when typing, although I also type slower than before with them…

Anyway: I am trying to get back to posting Nocturnal Acquaintances next Friday, 5th June … wait … that’s Barricade Eve. Oops. Um … well, why not - it’s a fitting date, after all.

Am I doing it right?

Some are brick based, others are based on the musical

Y'all best get ready to cry on June 5-6 because The fifth is Barricaid day and I did NOT hold back this year. So get ya tissues ready. Then the 6th is dday and if you don’t think Joe Liebgott isn’t gonna be all over my page your wrong. YOU ARENT PREPARED FOR JUNE ON MY BLOG.

Thenardier: One little scream and you’ll regret ever being born!

Eponine: Jokes on you, I already regret being born!

#i think of this quote from that 70’s dhow almost rvrrytime i hear this lyric, #les mis, #eponine, #thenardier, #my post, #les miserables
0 notes · See All
im-a-gremlinText

Cute after quarantine date idea: Help me overthrow the government #also trying to live with all the awfulness in the world. anyway-, #Les Miserables, #Les Mis, #cosette, #illustration, #if anyone wants to give me a give for real tho. please.
9 notes · See All
alousetteText

And rain will make the flowers grow

I wrote a les mis fanfic and I can’t wait to post it.

Thank you, anon. And honestly, my mother loves Russel Crowe as Javert so: to each their own.

#this was nice thank you, #also you know what? you have all the rights to love russel crowe’s javert, #go you, #les mis, #les miserables
0 notes · See All
courferre-stanText

Eddie Redmayne’s Marius wasn’t bad at all, he just couldnt sing all too well and the film had a sucky director who cut a lot out.

#will i get hate for this? most likely, #is that okay? eh its whatever, #i feel like it should be said that the man can act well, #his singing was rough, #at least it wasnt like Russel Crowe 👀👀👀, #les mis, #les miserables, #les amis, #les amis de l'abc
15 notes · See All
Next Page