Leslie Knope, will you-

Among Us but make it ✨Parks and Rec✨

Anyone ever watch Parks n Rec and think that Ron would be the biggest Trumper? Then, after realizing that, you figure that ultimately, THAT would be what destroys him and Leslie’s friendship because Leslie isn’t dumb and would never support the kind of BS Trump and his cult are constantly pulling? But then, wonder to yourself, Leslie loves government so much… let’s HOPE she would be on the right side of things (in my heart, I know she would– especially after her closing statement in the debate episode)

(It’s very VERY noticeable in the 5x16, “Bailout” which Ron said a very disturbing quote about capitalism and I straight up got really uncomfortable for a hot minute in ways that I never had before)

“This is his ace of spades. This is his calling card. This is what he leaves all his victims. And it’s still warm. OK, go arrest him and send this to the lab.”

#parks and rec, #parksedit, #Parks and Recreation, #leslie knope, #april ludgate, #andy dwyer, #jerry gergich, #mine: parks and rec, #2k20 giffest, #**, #i need to catch up on this meme
19 notes · See All
morgandwightText

it took me by surprise
the hatred in his eyes

#parkheart, #leslie knope, #new pneagle, #my policy: cats get the equivalent and cat name tag, #and the cat series name, #normal get par/to tags and no cat or cat series tag
0 notes · See All
morgandwightText
#ive got infinite versions of this and if you want me to make a specific shirt/pants, #just hmu in askbox, #leslie knope, #ann perkins, #ann x leslie, #knopekins, #leslie x ann, #parks and rec, #parks and recreation
0 notes · See All
livelife2behappyText

Why no one told me that Gob Bluth and Leslie Knope were married in real life and have two kids?? I had to discover it randomly on wikipedia

Just saying, there’s def. a Parks and Rec timeline where Ann and Leslie end up making out after they get in their fight at the Snakehole 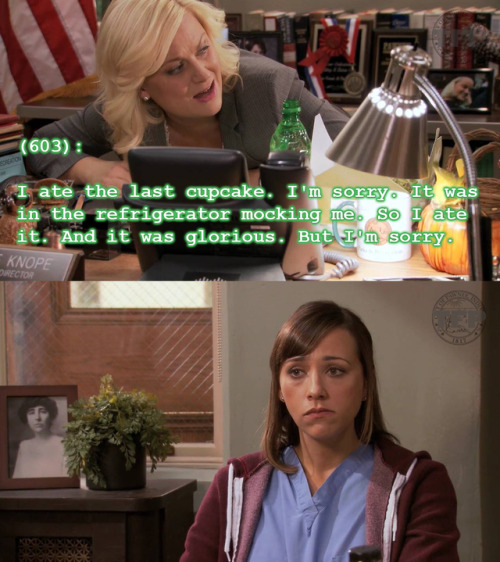 i feel like this is a very underrated moment

Remember when Ben went from not being able to form coherent sentences in Media Blitz to, “My name is Ben Wyatt and I’m running for congress”?

go out and crush it

you got yourself boo

Like or reblog if you save or want more! This is a new section of the blog. I don’t take request.