[yakulev lying together in bed]

yaku to himself: I wonder what’s he thinking about?

lev talking to himself: do cats have famous cats? like kitty perry or lady catcat. maybe catlid.

Kuroo: Are you the big or the little spoon?

Yaku: I am the knife.

lev, peeling a banana: may i take your jacket?

yaku: do you think other people can’t hear you?

just look at Yaku, baby is so small 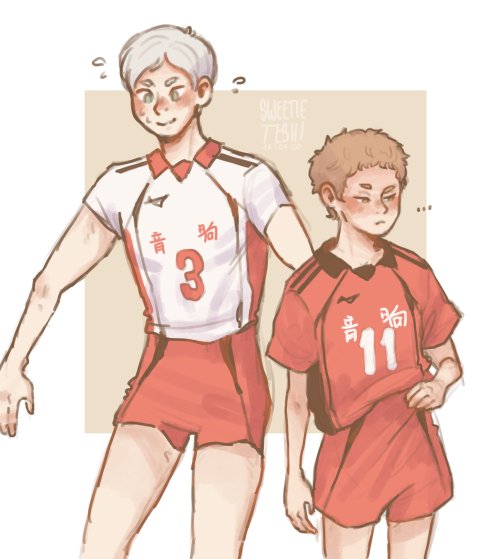 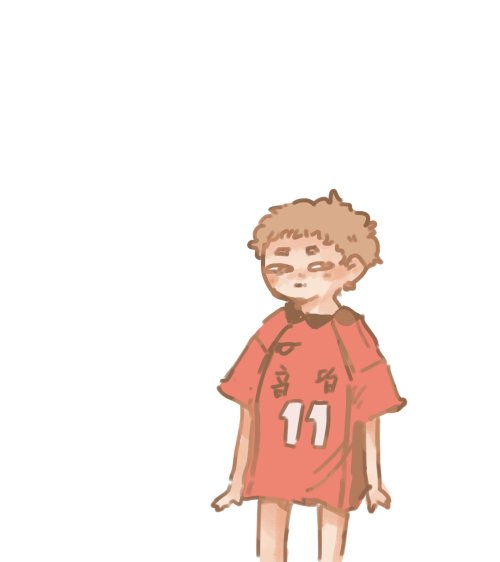 after hours of training with the Demon senpai, Lev finally gets a good and well rest with his senpai 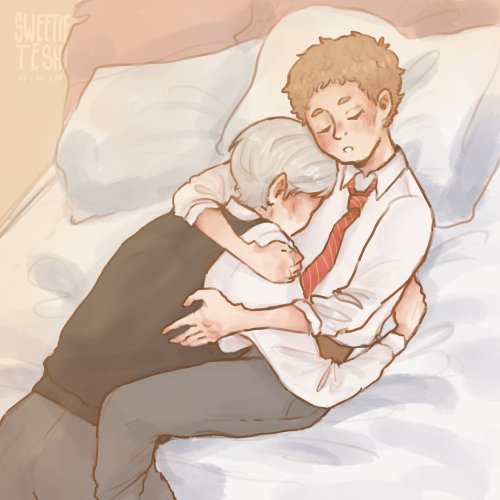 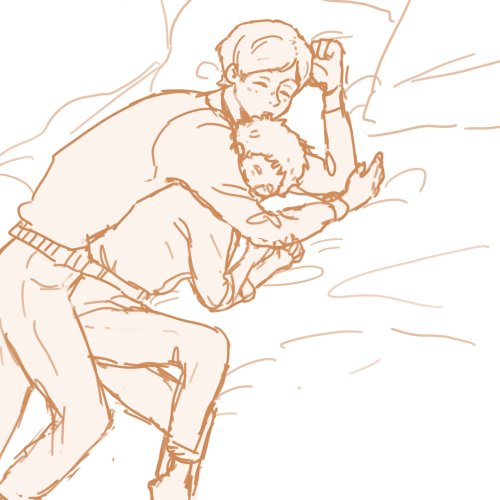 i’ve been emotionally invested in my fair share of fandoms in the past couple of years, but yakulev is the first ship i have actually become attached to and i’m very scared for myself oops

Press and Hold to Delete by Esselle

‘Kageyama clutches his phone in his sweaty grip and stares at it unblinkingly. The screen is entirely too bright in the dark of his room and his eyes are starting to burn. It is punishment, he thinks, punishment for not seeing the error of his ways until it was far, far too late.

Make You Say I Look Good  by Esselle

'Kageyama balances a tray of scones, and little teacups and saucers, and a pretty teapot, as he walks across the room slowly and carefully. His attention is entirely focused upon the very breakable, spillable things he is holding. So much for his innate setter’s skills at the task; he moves so slowly that Hinata isn’t sure how he’s managed to serve anyone since they started. He’s sweating profusely, apparently from stress and intense concentration, little beads of perspiration running down the side of his face and arms. His shoulders are too wide and broad for the outfit, the bulk of his muscular arms straining against the ruffled sleeves.

In which the volleyball club decides to open up a maid cafe, and Hinata is forced to confront his feelings for a certain setter.

The Best Laid Hands by Mysecretfanmoments

Hinata takes good care of his favourite setter. Meanwhile, Kageyama has no opinions on romance, and wishes people would stop asking him.

“I just wish it was something you could practice before you have to… perform.” He narrows his eyes, imagining it. “Like a CPR class.”

Suga raises an eyebrow. “You want to practice it. Beforehand.”

“Yeah. Are you offering?”

((Daichi doesn’t like to be bad at things–kissing included–and Suga is willing to help him practice.))

Oikawa realizes he’s in love with his best friend; it sucks for a while. (But only a while.)

To Unravel a Walking Mystery by NevermindBye

Oikawa consists of contradictions. He says one thing and does the other. Like telling all their teammates Ushijima was thick-headed and not even pretty, but kissing him silly in the restroom.

“Then enlighten me, Ushiwaka-chan!”  Oikawa throws his hands up, like a kid throwing a tantrum, but as ever Ushijima does not react outwardly to it.  "In high school, you told me Shiratorizawa was better for me than Aoba Jousai.  So out with it, who should I be dating instead of my boyfriend?  Since you’re such an expert on my life.“

Ushijima answers calmly and honestly.  "Me.”

Fox in the Hole (part of the Inarizaki!Hinata series)  by boomturkey *

Their goal: Get Hinata to Inarizaki so he can play volleyball with them.

Yaku and the Beanstalk  by Mysecretfanmoments

Yaku Morisuke is many things: a libero, a caretaker, a good student. He’s also about to find Lev Haiba stuck in a vending machine.

(In which Yaku accidentally recruits Lev to the volleyball team and can’t get rid of him after.)

yaku: I want us to be more than friends.

yaku: we already are best friends.

yaku, losing patience: no, more than that.

yaku: FOR GOD’S FUCK SAKE, I WANT YOU TO BE MY FUCKING BOYFRIEND!

lev: [pouting] you could’ve just said that, no need of shouting, you know? :(

i’m sorry how can you like haikyuu AND be homophobic

lev: i never knew that fish can also taste like soap

yaku, about to consume his fish: what?

lev, remembering that he prepared the food: what? bc it’s been a while since i wrote some hq!! hcs and brainstorming with a friend gave me all the ridiculous feels for these two anew. some established!levyaku hcs below~ uwu <3 tagging with spoilers/don’t read if you haven’t finished reading hq!! c:

(and a couple bonus hcs:)

#hq!!, #haikyuu!!, #levyaku, #spoilers, #yaku morisuke, #haiba lev, #haiba alisa, #headcanons, #mew writes too much, #it feels so good to write down some hcs again after all this time, #long post
53 notes · See All
fukoronokoText

Sorry for not posting so much lately I just really have a lot of stuff to do. But here is some Kuroken and LevYaku in the background.

Was this referring to monopoly or when Yaku started running after him after Lev tried to prank Yaku on a dare? Who knows

… why did I do this? Correction, why am I still posting this?