Since people seem to like the stained glass style.

Really, No One Asked You!

my one true contribution to spooky season 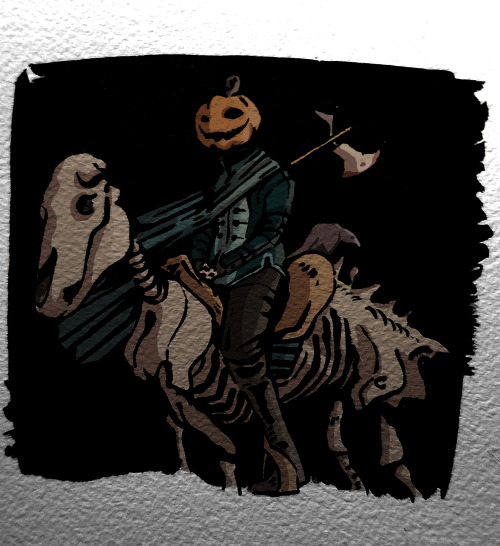 Excuse Me, My Eyes Are Up Here!

Don’t Get Too Close, I’m Meaner Than I Look!

You Look Like You’ve Seen A Ghost Or Something?

It’s a Halloween-themed mystery comic about a group of teens who live in a super-haunted town, where weird things happen around Halloween…

The first 13 pages up as of now at the link in my bio, with more coming out soon! (Read more about the timeframe for that one my Instagram; same username!) I am VERY excited about this tho, I’m so so appreciative of the support I’ve gotten so far with it 🥺 I wrote the basic plot of this and designed prototypes of the characters in like 2015 or so, so it’s cool to revisit it and actually write it!!

Come this Saturday on Zoom to support all these beautiful people! RSVP to espinozzi13@gmail.com to gain access to the zoom room! Hope to see you there!

Also, Billy is doing what we affectionately call the “nerd gush.” Which means talking about something you like a lot… fast until your friends get on board and FINALLY WATCH AVATAR.
———————-
We wanted to take a second to say hi. Hi!

We’re Baz (art) and Riley (the typing part). We’re two Canadian nerds who have been friends since 6th grade and have spent our friendship obsessing over movies and comics together like only nerds know how. (See Billy above.)

It’s important for us to clear this up before any plot happens: Idiot Boyfriends will draw from, build on, and reference the comics, but it doesn’t take place in Earth-616 or any of the existing Marvel universes. Timeline-wise, it’s *mostly* after Style vs. Substance and before Teddy is the King of Space™.

Billy and Teddy are in their early twenties, working with the Avengers—our version. Think of it as a kind of an AU where everyone is an action figure fresh out of the box.

1) We’ve always wanted to collaborate but never have… Unless binge-watching X-Men: TAS while crushing takeout during sleepovers is a project.
2) We both wanted to get practice in our mediums AND have fun making stuff. 3) Wiccan and Hulkling have been some of our Marvel favs for YEARS.

There’s a funny place where you don’t own characters (no copyright infringement intended!!!) but you love them intensely, and it feels like a little bit of them belong to you. That’s the snow globe where the comics take place. 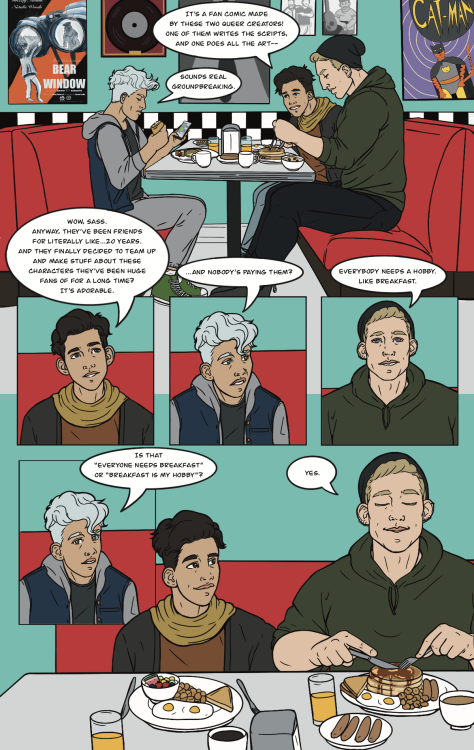 Some more progress on The Widow and The Wolf.

I love how all this work only makes it evident that the next installment is set in modern day… and like that’s it. Stick with me, it’ll be worth it. 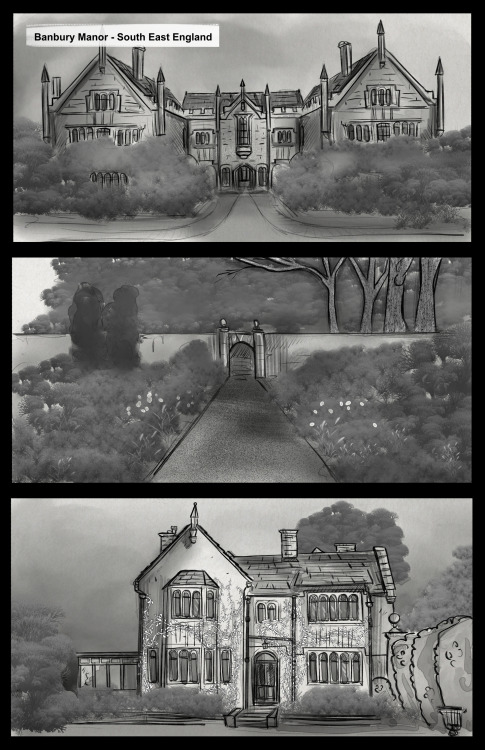 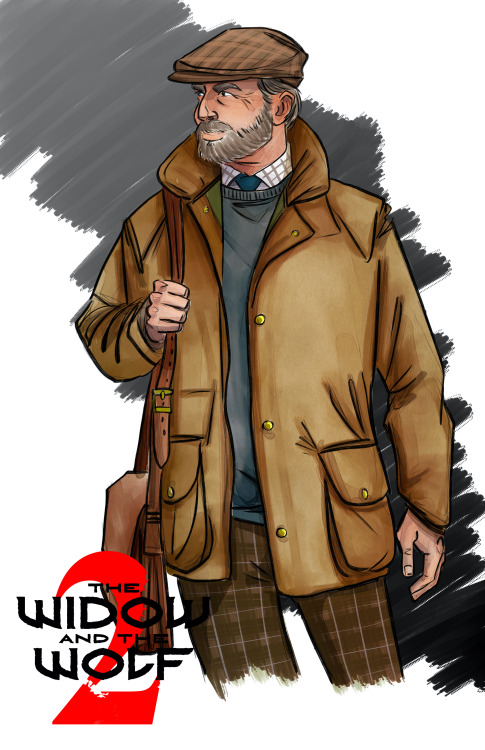 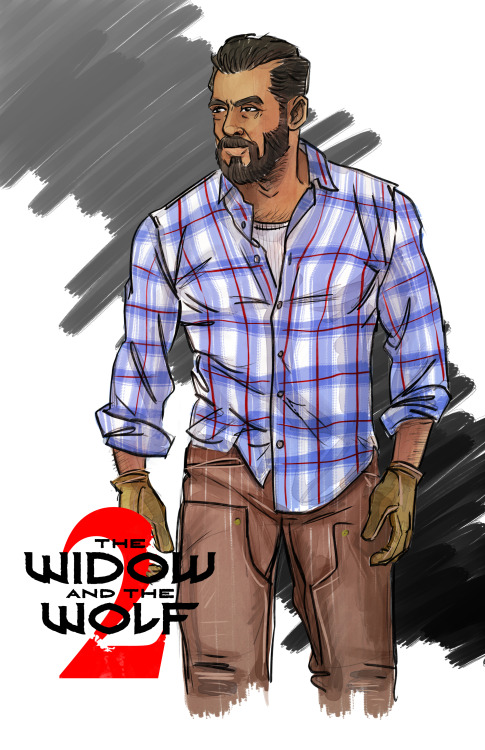 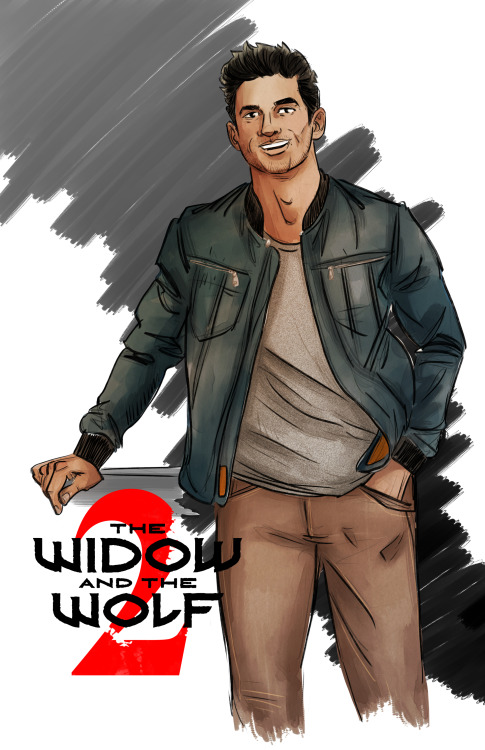 My comfort show of choice 💕

All my ocs are a little gay

Billy goes for a Spider-Smooch and it doesn’t go according to plan. Can we just talk about the fact that they’re so cute it’s SICKENING?

This is page two. READ PAGE ONE HERE!
Follow us on IG: @idiotboyfriends

• Baz built and decorated Billy and Teddy’s entire apartment in The Sims to confirm the layout for future comic scripts (and it’s awesome). 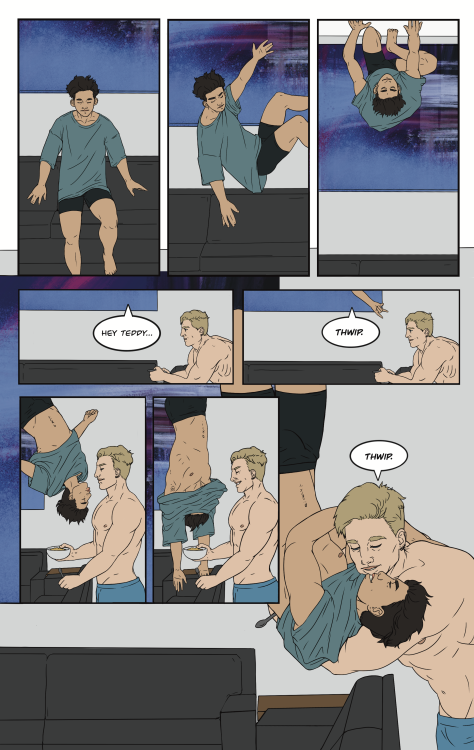