What the fuck is wrong with the Indian government???

The U.S. House of Representatives passed the Equality Act by a vote of 224-206. Onward to the Senate! Please call your Senators and ask them to vote “YES” to protect LGBTQ people from discrimination in the workplace and elsewhere. 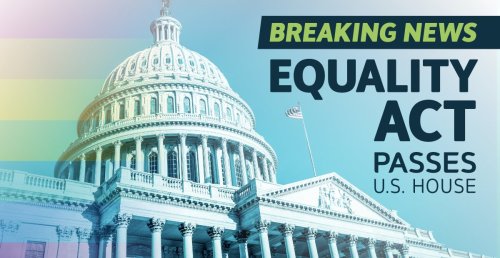 Liberal MPs John McKay for Scarborough-Guildwood and Francis Scarpaleggia, MP for Lac-Saint-Louis, voted under Harper to restore the “traditional” definition of marriage and are still in the Liberal Party and in Parliament. 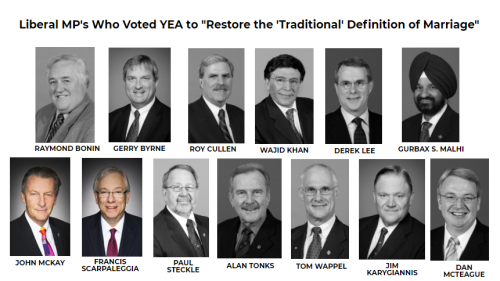 I feel the need to post this here as i want people to know my beliefs.

I support Blacklivesmatter! 🖤 all lives can’t matter until black lives do.

If you don’t support these/believe ALM, then I suggest you don’t follow me. Thanks :)

If the Equality Act would impact your life, you’re either the oppressed or the oppressor. There is no in between.

The government of India just filed an affidavit against same-sex marriages in the Delhi High court.

According to the affidavit “Family issues are far beyond mere recognition and registration of marriage between people of the same gender. Same sex individuals living together as partners and having a sexual relationship (which is decriminalised now) is not comparable with the Indian family unit concept of a husband, a wife and children, which necessarily presuppose a biological man as a ‘husband’, a biological woman as a ‘wife’ and the children born out of the union between the two”

No fundamental right to same-sex marriage, says Centre - Times of India
The Centre on Thursday told the Delhi high court that there is no fundamental right to seek recognition for same-sex marriage, claiming that
The Times of India
#i hate the government#lgbtq#lgbtq community#lgbtqiia+#lgbtqplus#human rights#lgbtq india#indian politics#india#indian wedding#modi government#lgbtq rights
18 notes
zibmembrane
Text

These are three people, each of their experiences vastly differ from one another.

Talia is a GNC trans woman. Her biggest transition goals are changing her name and pronouns, which she has already accomplished.

Talia has done her own voice training at home and has a more feminine voice. Her dysphoria is mild and she little to no issues with her body. She enjoys masculine clothes and doesn’t care about what others think about her.

Talia is a valid trans person.

Diego is a GNC trans man. His biggest transition goals are top surgery and preforming HRT. He has gone on testosterone so far.

Diego’s other transitions have been a change in name in pronouns. He has no dysphoria and isn’t uncomfortable with his body. He doesn’t bind for comfort reasons and wears a pronoun pin for a better chance at being gendered correctly in public.

Diego is a valid trans person.

Tatum’s only transitions so far have been a change in pronouns. Ey are very dysphoric and are often distressed by eir body. Ey bind as much as ey can and wear pronoun pins out in public.

Tatum is a valid trans person.

All transgender individuals are valid. Each has their own unique story to tell about their journey through gender, and we should never disregard their experiences, no matter how strange they may sound.

Everyone has a different experience with gender, and we should accept and celebrate those differences.

Trying to police who is or is not trans based on how they dress, what pronouns they use, or the amount of distress they feel surrounding their gender assigned at birth is only dividing the LGBTQA+ community further.

We are all just trying to be happy with who we are, and throwing other trans and queer individuals under the bus in order to be accepted in a cisheteronormative society isn’t paving the way for acceptance. It only gives queer/lgbtqaphobic cishet people more reason to abuse us for being different.

We need to fight for acceptance of ALL queer and LGBTQA+ experiences, not just the ones that cishet people believe to be ‘normal’.

Stand against oppression, don’t become a part of it.

(Please note: The tags are simply being used to spread this post. This post is about positivity and spreading a good message. Hate, exclusion, and discourse will not be tolerated on this post!)

Our govt. Opposing same sex marriage saying “LGBTQ+ couples cannot be compared with the Indian concept of family unit where a biological man is the husband and a biological woman is the wife (????) and children are born out of this unit (face palm). In same sex marriage it is impossible to term one as husband and other as wife (again face palm). Marriage in India is not just about just two individuals but a holy contract between a man and woman based on old-age rituals, custom, social values and practices.”

I literally had a laugh at this after reading I mean what the hell is this, firstly tell me what concept of an Indian family unit we’re talking about, what marriage? Where most of the time the marriage is fixed without the bride’s say in it, or where she has to have sex with her husband without even her consent cause after marriage the husband has all the right to her body, or where she has to go through the pain of domestic violence and she can’t utter a word about it? Where it’s the marriage is just about taking care of your husband and giving him and his family children? If you ask the married women in this country 90% of them will tell you that yes they have been hit by their husbands once in their life time. Another this if you go asking them if they want to get married im sure 50% of them will say no.

I think they need to be reminded that all this law related to LGBTQ were the bringing of the colonial people, before that man and woman had all the right to have male or female lover, if you go through the history the kings literally have a harem full of only men. So I don’t know what old age rituals and ceremonies they’re talking about but yeah it’s clear they’re just as uneducated as we think they are.

at one moment they will be like : lol straight people are disgusting but we love you any ways (and i will whole heartedly agree with them)

other days they’ll be like: oh right! i forgot u were straight! lol ur so straight !

It is a whirlwind of opinions. But I love every moment and I love all of them.

As of 2/25/21, the Equality Act was passed in the House of Representatives. It will be headed to the Senate soon where it will be voted on.
If you are unaware of what the Equality Act is, it is an act proposed that will allow for protections and equal opportunities for LGBTQ+ people throughout America.