So. June 1st is tomorrow, and hopefully pridefall is just a big oops and doesn’t happen

But honestly, I’m mad. I’m tired. There’s shit going down and there’s nothing I can do.

We need to group up. We need to stand together. Make group chats, join discords, make your safe spaces. Once we know what’s going on we can make plans from there.

I will not be hiding, I will be using myself as bait if pridefall does happen. I will be taking blog names of who to report along with descriptions of why.

I can take this and I do not expect others to do the same. I do not want people putting their mental health in harm’s way. Please be careful.

If you are bi/pan/omni or anything on the multisexual spectrum; you don’t need to prove your sexuality by dating as many people as you can or dating as many people of different genders as you can. You don’t need to have some historical proof of past lovers to prove your sexuality to people or to be able to identify as m-spec, really all you have to do is say ‘im bi/pan/poly/omni,’ and then you are and if someone doesn’t believe you then that is their problem not yours.

So bi-confused means straight but with a slight attraction to my own gender yeah? Research reasons

Person of Interest: A billionaire software engineer and an ex-CIA agent team up to prevent crimes before they happen by using an Artificial Intelligence known as “The Machine”. At the same time they must survive being hunted by the Government and protect The Machine at all costs.

Where to watch: Netflix

Please like me: After breaking up with his girlfriend, Josh comes to the realization that he is homosexual. With the support of his now ex girlfriend Claire, and his best friend and house mate Tom, Josh must help his mother with her battle with depression and the rest of his family embrace his new found orientation.

Where to watch: Hulu

Pose: Set in the 1980s, ‘Pose’ is a dance musical that explores the juxtaposition of several segments of life and society in New York: the ball culture world, the rise of the luxury Trump-era universe, and the downtown social and literary scene. Blanca forms a ‘house’, a self-selected family that provides support to LGBTQ youth who have been rejected by their birth families. Damon is a dancer who joins Blanca’s house. Together, they compete in the balls – where house members challenge each other in various categories and are judged on their outfits, attitude, or dance skills – against Blanca’s former house mother, Elektra. Pray Tell is Godfather to the children who compete in the balls. Angel is a streetwalker who develops feelings for a new client.

Where to watch: FX and Netflix

Preacher: After a supernatural event at his church, a preacher enlists the help of a vampire and his ex to find God

Features two queer character Cassidy who is bisexual and Eccarius, who is queer implied

Where to Watch: hulu

Angeligender based moodboard! (Hope you’re ok with the angel theme too!)
For an anon! Hope you like it! 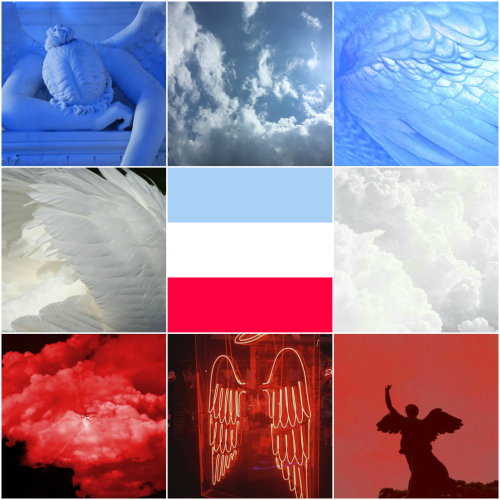 Okay so it’s been just over a week and I’m pretty sure it’s a crush, so I’m screwed (as far as I know, she’s straight).

On a happier note, I got another job!!! I managed to get a job at the KFC where a bunch of my friends (including her) work, and I start in two weeks. I’m p u m p e d.

Ok so update on the Pridefall bit

Regardless of Pridefall being fake, you should still be safe just not stress yourself all the time.

There might still be people who will attack people from the lgbtqia+ community on their own.

So, for June my goal is to do this workout all the way through without stopping https://youtu.be/RiOmNsM0WSA . Check it out! If your interested in doing it with me HMU and we can keep in touch with our STATS for the month of June. I will also be doing this stretch to improve flexibility, morning aswell as night https://youtu.be/L_xrDAtykMI . In addition to this I will be biking 5+ miles every day (weather permiting).

Respectability in a war zone is an impossibility and a quick way to die.

The U.S. is a war zone for a large percentage of its populace.

Stop asking people to die quietly so you don’t have to deal with reality.

#yet again my brain says wait one more thiught, #pro black lives matter, #black lives matter, #blm, #george floyd, #riots, #protests, #battles, #history shows we win nothing by submitting to oppressors ideals, #covid 19, #the disabled, #lgbtqa, #to be different or poor in the us is to know war
4 notes · See All
greeninkpenguinPhoto

Yeona and Terry sharing their hearts out. 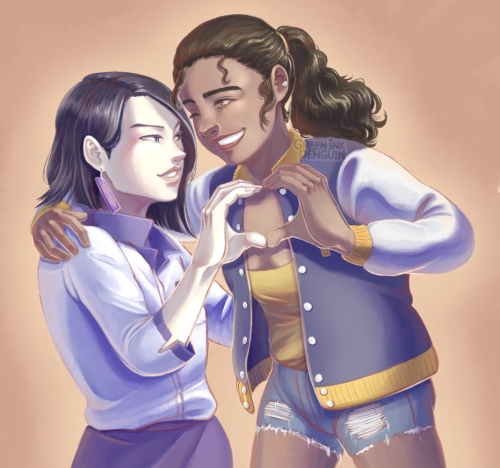 Im just saying you are doing more harm than good by spreading a message that people have proven false which might actually backfire and cuase this whole pridefall thing to happen.

Ive notice a lot of 12-15 year olds are on tumblr and are easily swayed by what they read on here and are going to assume that all information on here is correct becuase thier favorite blogger said so and telling young LGBTQ teens that a group of evil alt right men are going to hunt them down during pride month is quite terrifying to say to them.

We as the older ones need to be able to convey a message that is safer and kinder to them while also stop spreading misinformation and the truth of the matter is, is there will always be lgbtqphobes during pride month by silencing yourself for them is just giving them what they want.

A safer alternative to say is yes pridefall could happen but chances are it won’t and if you are scared or do fear it might happen close your messages and your inbox on june 1st and dont go through lgbtq tags but dont let the fear consume you as we will get through this together and if you do recive messages just delete and dont reply to them.

My name is Dylan and I use They/them pronouns. This is who I am and you can’t take that from me. I am proud of what I have learned about myself and I always will be. 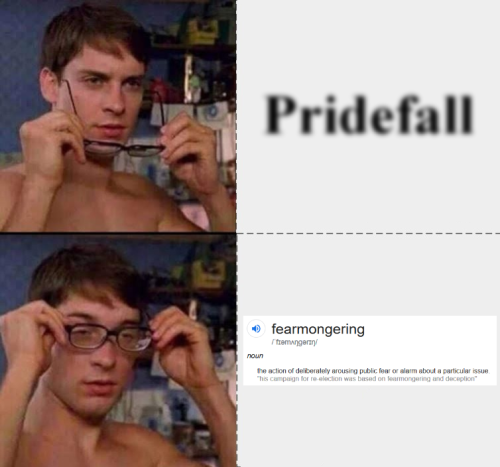 Hestia, the goddes of hearth, home and family is a virgin godess. The goddes that represents the center of the family is basically aro/ace.

Just because she doesen’t experience romantic or sexual attraction/love doesen’t mean that she isn’t loving and caring. She is the literal embodiment of a warm and welcoming home. Aros and aces aren’t robots. We’re very much capable of love. 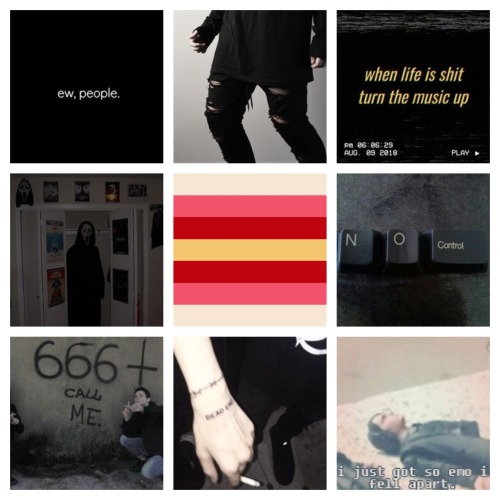 Hey everyone! I know I can look on Etsy and such, but I am wondering if anyone here has any LGBT patches for jackets, like iron on’s or anything that they recommend. Specifically looking for things on the Demi and Ace spectrum, but open to others for possible gifts in the future. Thank you!