The Grishaverse: Shadow and Bone by Leigh Bardugo 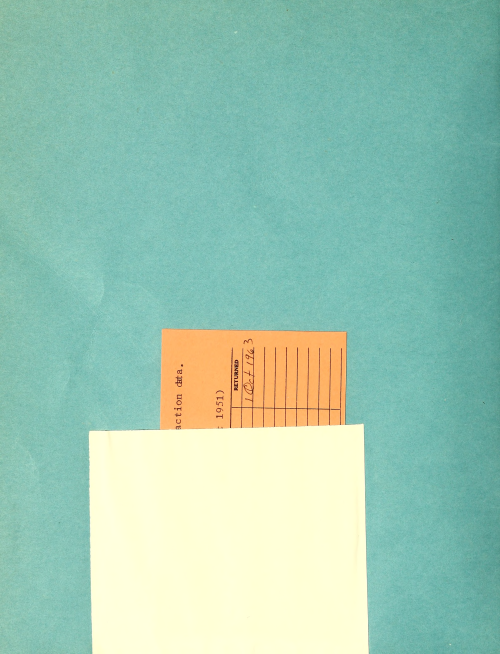 Swimming Home starts like your typical holiday mansion murder: with a body in the swimming pool. However, it soon turns out that the body is no body, and the murder victim very much alive. Kitty Finch is a botanist, gorgeous, and slightly mad – and her arrival at the French Riviera shakes up the lives of war correspondent Isabel, her poet husband Joe, their fourteen-year old daughter Nina and friends Mitchell and Laura beyond anyone’s expectations.

For such a short novel – novella, really – Swimming Home is chock-full of interlacing, overlapping themes and motives, and it packs quite a heavy punch, too. It is a book about family, friendship, appearances, mental illness, creativity, belonging, and all the hidden things that can not be said. It is also a book that plays with style and structure in a new and creative manner.

After reading Deborah Levy’s non-fiction and her novel Hot Milk last year, it came as no surprise to me that Swimming Home is, again, filled with extensive symbolism, acute observations of interpersonal relationships, and vivid scenery. In fact, the novella’s setting in the south of France is one of its strong suits: The oppressive summer heat of the riviera is almost palpable, strikingly drawn and sensual despite the shortness of the book.

As for the characters, they are complex, flawed, and, occasionally, contradictory beings that Levy reveals carefully, slowly removing layer upon layer until they lay bare before the reader’s eyes. It is not as if their relationships are entirely conflict-free – that much is clear from the start – but how deep the rifts really go is only slowly revealed over the course of the week the novel spans. To each other – and that is probably the true tragedy of Swimming Home – Levy’s characters remain deeply enigmatic; this much becomes painfully clear way before the end of the novel, and it is one of the main driving forces of the plot.

Overall, the novel has an almost surreal quality to it that I found immensely fascinating: Levy repeats phrases and motives and excavates her story like an archaeologist. It is left to the reader to piece together the broken shards. Naturally, the final picture is fractured and incomplete. And while that is generally something I seek out and value in my reading material, somehow Swimming Home didn’t entirely work for me. I sometimes had trouble following what exactly was going on – especially during conversations – and while I appreciate open-endedness and a few remaining mysteries, the relatively large set of characters and the constant shifts of perspective left me with a feeling of haziness that I found a touch unsatisfying. Maybe it’s because the novella is so short, but in the end I did not emotionally connect with Swimming Home in the same way that I did with Levy’s non-fiction and – to a lesser extend – Hot Milk. Which is a shame, really, because on an intellectual level it was definitely a compelling read. 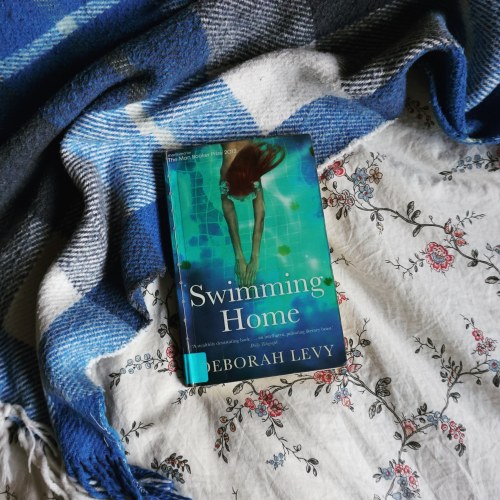 Unpopular opinion: Pride and Prejudice is overrated and Darcy is literally the worst 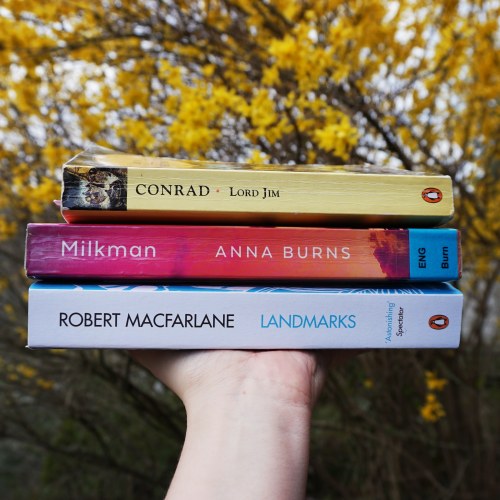 A selection of library books 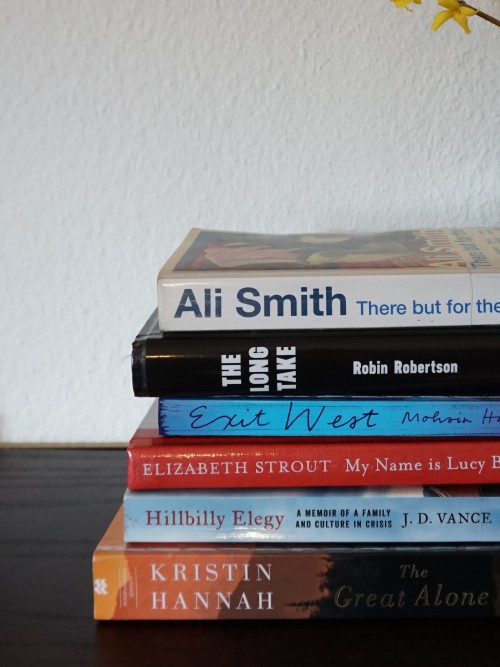 #apparently my camera has a closeup function that I didn't know of?, #(no I haven't been able to replicate that effect yet), #(yes I need to read the manual), #booklr, #adultbooklr, #adult booklr, #library book, #my pictures
22 notes · See All
shortstackfanText

Currently reading the newest book in the Twisted Tales series from Disney. This one is based on Peter Pan and follows Wendy. I’m enjoying it so far

I remember seeing this cover when the book first released and being speechless in awe at how pretty it was, how much detail there was in the illustration. Now,  almost two years later I still had/have the same reaction. 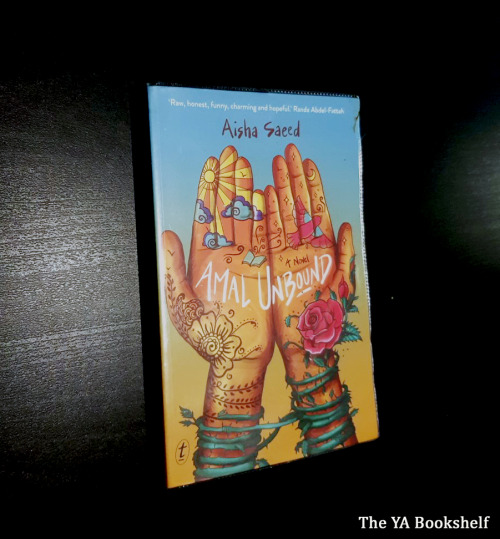 Just finished: Julian Barnes - The Sense of an Ending 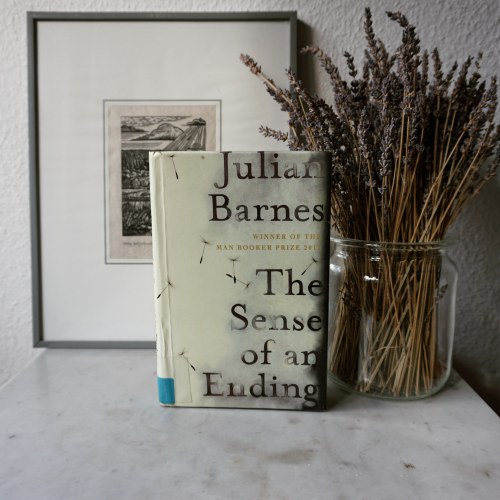 Finally finished a book after a month of being in a reading slump. I’d read Among the Hidden by Margaret Peterson Haddix when I was in middle school and remember enjoying it then. It was available to check out from my library as an ebook and it took me in total an hour or two to read. Sad thing is none of the sequels in the series are available as an ebook.

One of the most significant Soviet Russian poets of the 20th century. She was shortlisted for the Nobel Prize in 1965 and received second-most (three) nominations for the award the following year.

Akhmatova’s work ranges from short lyric poems to intricately structured cycles, such as Requiem (1935–40), her tragic masterpiece about the Stalinist terror. Her style, characterised by its economy and emotional restraint, was strikingly original and distinctive to her contemporaries. The strong and clear leading female voice struck a new chord in Russian poetry. Her writing can be said to fall into two periods – the early work (1912–25) and her later work (from around 1936 until her death), divided by a decade of reduced literary output. Her work was condemned and censored by Stalinist authorities, and she is notable for choosing not to emigrate and remaining in the Soviet Union, acting as witness to the events around her. Her perennial themes include meditations on time and memory, and the difficulties of living and writing in the shadow of Stalinism. (Wikipedia) 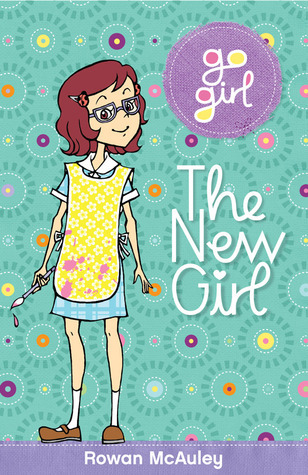