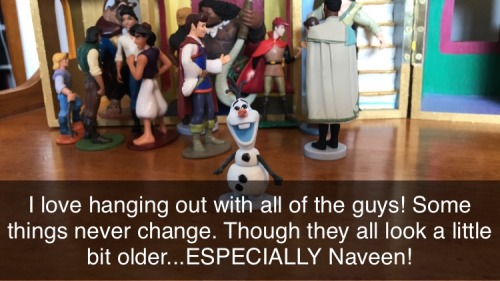 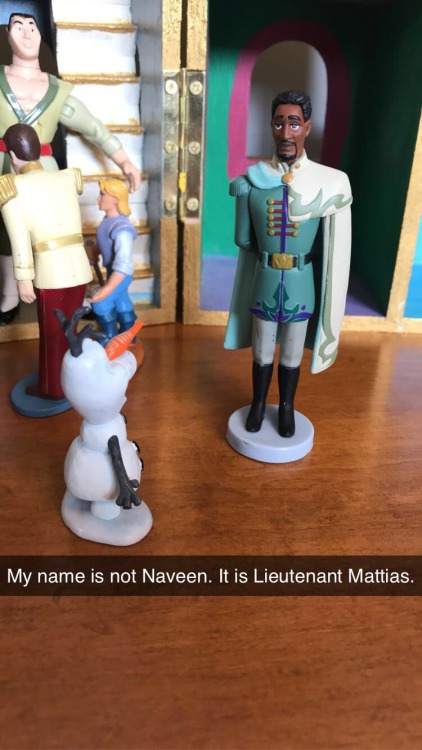 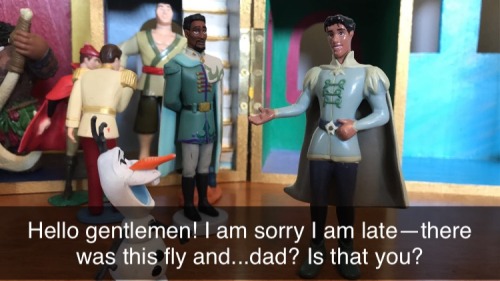 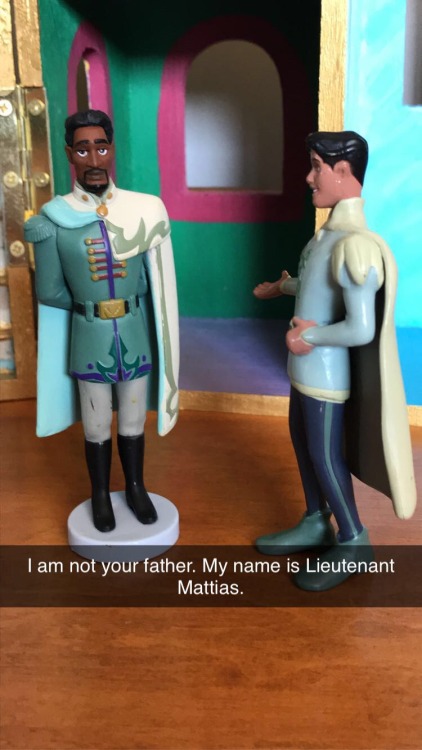 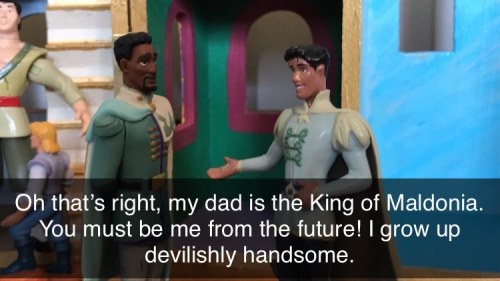 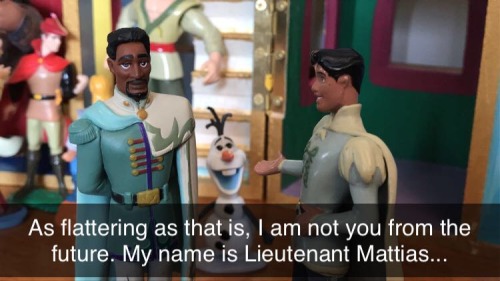 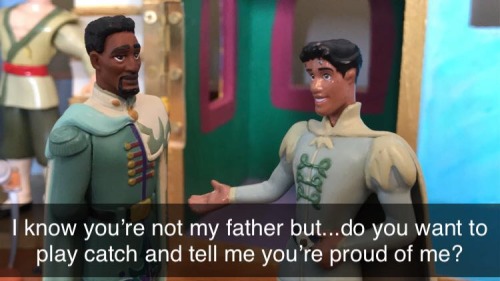 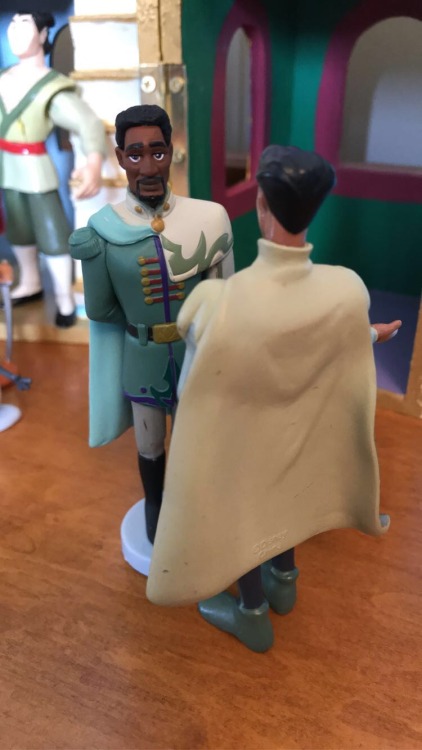 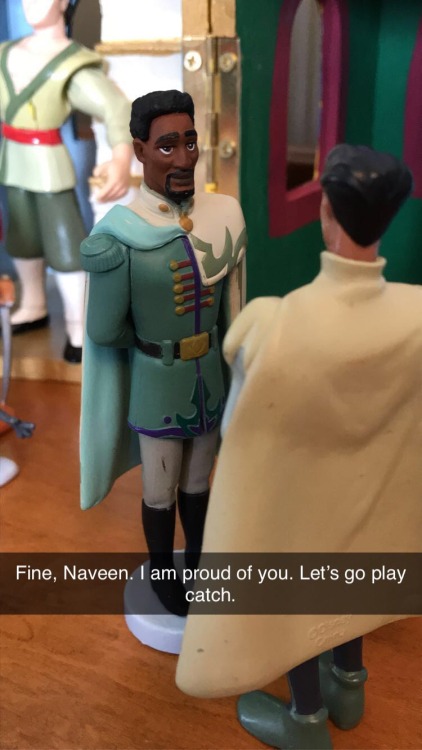 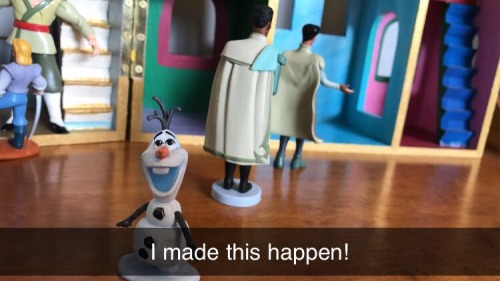 This scene always catches my attention. It’s Mattias helping to keep the scared children safe and quiet when the Earth Giant enters the camp.

Isn’t Mattias such a sweetie? Here is one of Arendelle’s finest soldiers, guardian of the crown prince, who has been told the Northuldra are his mortal enemies. But after Elsa breaks the ice (ha! pun) between them, he immediately protects the children from danger. He’s not cold blooded! And that’s why I think Anna recognised the greatness in him and made him General.

Reminds me of that deleted opening scene where Mattias saved little Iduna and Agnarr.

Anyone else stan General Mattias? Cause I sure do.

For Someone Else || Oneshot

Summary: I don’t know how this oneshot started in my brain, but here it is.

Agnarr, the eight year old prince of Arendelle, walked through the courtyard of the castle. He smiled when he saw his guard, picking up his pace to meet him. “Destin!”

The man, although tired from his training drills and patrolling Arendelle, smiled at the boy. “Agnarr! How are you, little majesty?” He chuckled at the hug that was given to him.

“I’m fine.” Agnarr smiled as he looked up at Destin when the two seperated. He noticed how tired Destin looked, and looked at the man’s sword in it’s sheath and his shield on his arm.

#lieutenant destin matthias, #lieutenant mattias, #lieutenant destin mattias, #king agnarr, #prince agnarr, #pre frozen, #one shot, #human shield and babi, #human shield, #babi king
2 notes · See All
incorrect-frozen-quotesChat
Yelana: Alright, now, everyone pay attention. I have an announcement to make and I only have a minute.
Mattias: Why? Are you in a hurry?
Yelana: No, I was referring to your relatively short attention spans.
#frozen 2, #yelana, #lieutenant mattias, #frohana, #incorrect frozen quotes, #submission, #clearbluewaters, #source: frasier
232 notes · See All
incorrect-frozen-quotesChat
Mattias: So, is this thing between Elsa and Honeymaren supposed to be a secret?
Yelana: Hardly. The only people who don't know about Elsa and Honeymaren are Elsa and Honeymaren.
#frozen 2, #lieutenant mattias, #yelana, #elsamaren, #incorrect frozen quotes, #source: grey's anatomy
557 notes · See All
azaffranistPhoto

-Teaser Vuelie blares in the background-

It’s scientifically proven that a story is automatically better when you give the characters fashionable armor and Dark Souls weapons. Okay, maybe not, but I’d love to see these four go on epic adventures and save the world once or twice.

Thanks to @nerdypaperranchhound for Kristoff’s weapon idea! Iduna finds a knocked-out Agnarr, but before she can drag him to safety, they are stopped by Iduna’s older sister and the sister’s boyfriend [hereinafter referred to as XX and XY]. XX and XY drag Agnarr to the battlefield and hold a knife to his throat.

“Nobody move or the prince dies!”

Arendellian soldiers are told to drop their weapons. They are hesitant, but obey in the end – the prince is knocked out and has a knife to his throat, there is little room to negotiate.

XX and XY demand the soldiers leave the forest and never return, or else the prince dies.

“You won’t get away with this!” cry the soldiers.

“What guarantee do we have that you won’t kill him when we leave?!” demands Mattias.

Some Northuldrans are also skeptical. “If we keep their prince, they will destroy all of us!”

But XX says: “Things have gone too far. If we release the prince now, they will kill us all for sure. Keeping him hostage is our only safe option.”

Mattias still refuses to leave Agnarr alone with those barbarians. He is the royal guard and will not abandon his post. He is thus allowed to stay. The other soldiers have to return to Arendelle and await further notice.

Agnarr receives treatment for his injuries. He and Mattias receive new clothes made of reindeer hide. They will be treated well, as long as they behave.

This is all I have thought of so far.

Mattias: How did you two end up together?

Anna: Well, we were pining after each other and in denial. Since we had the same group of friends, avoiding the other to prevent heartbreak wasn’t such a good idea.

Pitch: So those friends had this ‘amazing’ idea to help us confess our feelings.

Mattias: And what was that?

Mattias too focus into the story 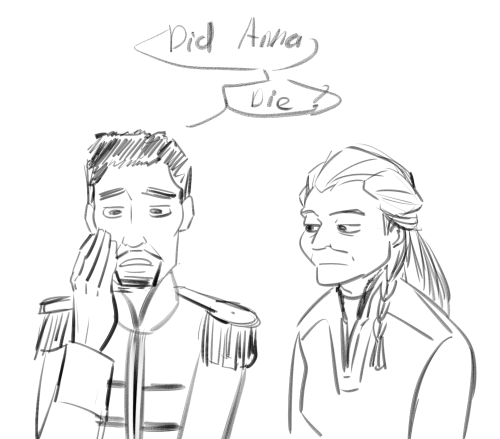 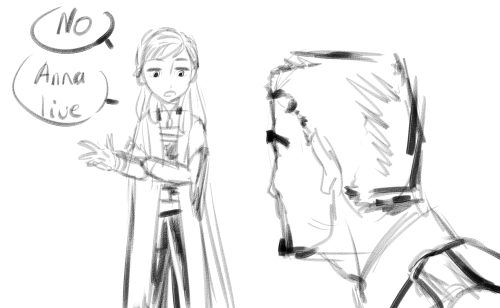 Showcasing some of the brighter green attire in my collection.

Happy late St. Patrick’s Day! I hope you all still had fun celebrating everything Irish…. from home.

Mattias rubbed his palms on the front of his trousers. His strangely sweaty palms. “You remember how I used to joke that I’d ask you to marry me when I made Captain?”

Halima laughed, soft wrinkles that hadn’t been there thirty years ago gathering at the corners of her eyes. “And I’d always say ask me when you made General.”

Mattias smiled awkwardly. Well, no time like the present. “I’m a General now.”

He reached across the table and scooped up one of her hands. “I know it’s been a long time. And I know we don’t really know each other all that well any more. But I was hoping… since you never married…”

Halima was giving him a look almost like pity now. “Who told you I never married?”

Mattias frowned. “That widow who worked in the fishmonger’s on the corner? Didn’t she live in the same boarding house as you?”

Halima nodded and squeezed his hand. “After you disappeared, she and I… it was the best twenty years of my life, Mattias. And I miss her every day.” Tears welled up at the corners of her eyes, and Mattias dug his handkerchief out of his pocket and offered it up to her mindlessly as he tried to make sense of what she had just said.

“So you and she were… partners,” he said cautiously as Halima dabbed at her face.

“And you prefer women?”

She nodded again. “Do you hate me for never having had the courage to tell you?”

Mattias let out a shaky little laugh. “Oh, gods. I’m an idiot.” He squeezed Halima’s hand tight in his for a moment. “No. I just wish you’d trusted me enough to tell me.”

“Well, I didn’t really know until after you disappeared,” Halima said in a rush, sounding as if this was something she had been waiting to get off her chest for a long time. “I just knew that every time you joked about asking me to marry you, I’d get this… this sick, sinking feeling in my chest. I felt broken. Like I couldn’t be a proper person, if the thought of marrying even my best friend made me feel like that.” She swallowed hard, her fingers wrapped tight around his. “And I’m about to admit something terrible, but… but it was almost a relief when you disappeared. And I hated myself for feeling that way, because you were my best friend, and you were probably dead, and all I could think was that at least this way I wouldn’t have to break your heart some day. Because I loved you so much, Mattias, and I couldn’t stand the thought of doing that.”

And it would have broken his heart back then, whether she had refused him or chosen to marry him in spite of the way it had made her feel to think of it. But now… “I bet I gave you a good reason to drive off all the other boys,” he said, forcing himself to adopt a light, teasing tone.

It worked. Halima rolled her eyes and thwacked him lightly on the arm with her open palm. “You’re awful. And right. And I did mourn you, you know.”

“I hope so.” Mattias took Halima’s other hand in his. “So. Gerda. How did that happen?”

Halima blushed. “Well, you know she lost her husband young.”

“So she… she was there, because she knew what it was like, losing someone you love that much. On the days when I was so overcome with grief that I didn’t want to eat or sleep or do anything sensible, she would show up and haul me out of bed and make sure I got myself washed up and fed. And…” Halima sighed. “And we just grew together, in the end.”

Lieutenant Matthias and the prince

So, does anyone have any idea where I can get screencaps from that scene where Matthias is protecting the prince? I’ve watched the movie in cinema multiple times but of course it’s not like I could just whip my phone out and take a picture… Would be great if any of you had a source!

Interviewer: What is the strangest place you’ve ever heard of the song Let It Go?

Evan Rachel Wood: Probably when I was getting divorced

Mattias ran his hand absentmindedly over the hilt of his sword as he and the queen walked along the water’s edge. It had been a long time since he was in Arendelle and an even longer time in the service of the crown.

“So how is it again that you recognized me? I’ve never seen someone so certain about a person they’ve never met.”

“Well,” Anna paused, “I had a lot of time to myself as a kid so I started talking to the paintings. Some of them talked back, a lot of them didn’t. Like Joan? She never said much. I figured she was always too busy saving the world.The townsfolk in the paintings always had really interesting stories, but weren’t really up for a conversation. But you would always talk to me. I mean, your painting would.”

“Well, not quite like you do now. I imagined you had a gruffer voice. And you were always scolding me for things. You would say things like: ‘Princess, you need to be more careful around the riverbed. You know how the king and queen dislike it when you come home with your dresses ruined.’ or ‘Princess, you mustn’t play so rough with the market animals. That poor pig was scared to death!’”

Mattias let out a hearty laugh. “Well, your majesty, I can’t vouch for if that’s something I would have said, but I can certainly appreciate your imagination.”

Happy birthday your highness. May you have a wonderful day. 😊🎉🎈