a korrasami doodle! love them so much 💗💜💙

When bae swept you off your feet ❤❤💞

P.S. You can find me too in ig @jayyques , I post oc art and other fan arts there. 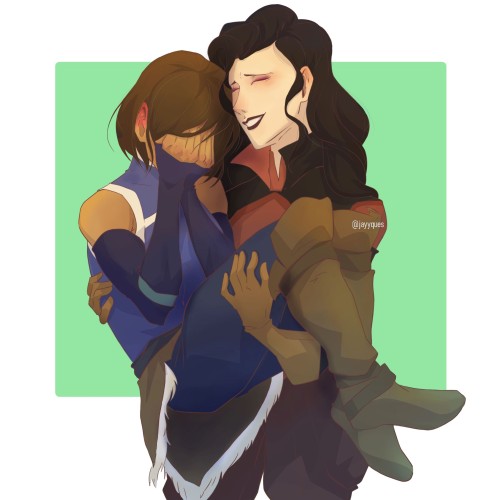 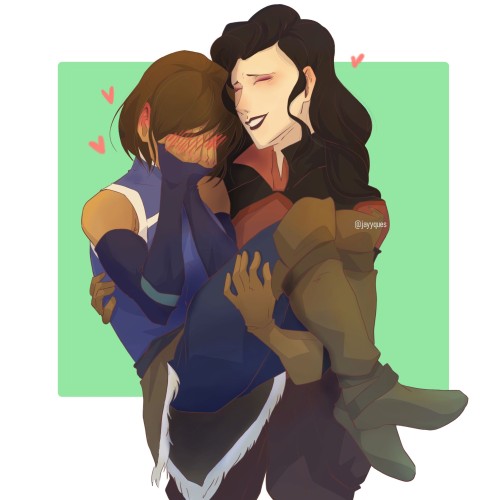 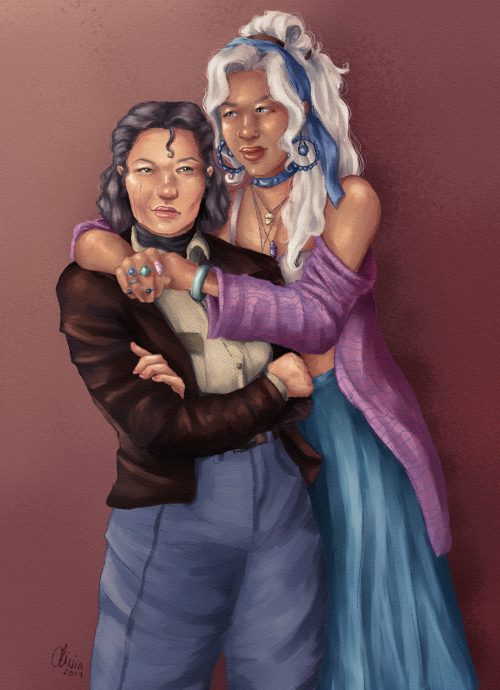 Yay exciting ATLA news!! I am so excited.

Here are just a couple of things I have made and I’m selling on my Etsy:

I realize I’ve never posted any traditional art so here’s a class project of an enlarged painting of Korra! Based on some official Korra art.

a less expected date in the spirit world 🌱

Quick doodle of my girl 💕

I saw this image and it inspired me to draw: THIS

So this is a comic of Kya dreaming about dear Lin, before she left home. Poor girl, in love with her brothers girlfriend…

where the world is black and white until you meet your soulmate and see colors + discovers yours is also out of the standard hetero social norms.

This is for my Korrasami Valentines exchange, sorry it was really late but it’s done now! This is goes in the Soulmates B category.

Thanks @korrasami-valentine-exchange for making this fun exchange! Cant wait to see the fic version of this!

Day 21 - Altruist - “ Korra showed me the importance of putting others before myself and wherever I think of her, she continues to inspire me.” - Mako

Thank you for you patience!! I love this ask so much ahhhhh 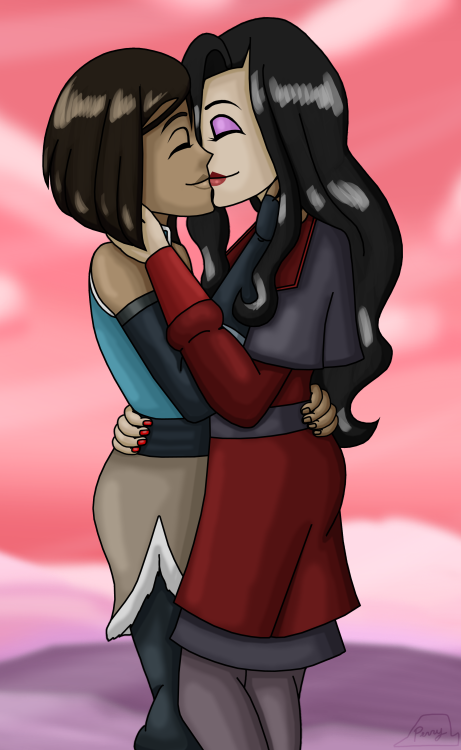 [I.D: a pencil drawing of Ming Hua from The Legend of Korra. she is drawn from the chest up. she is looking to the right with an annoyed expression. on the right side of her hair is the artist’s watermark, “bum ju” in all caps. end I.D.]

Love’s seeping from the guns

I know my friends and I

Would probably turn and run

(Image 1: A lineless digital drawing of Kai from legend of Korra. The image depicts Kai running in an alleyway, with the sun setting behind him. He is dressed in green and brown baggy clothes, and is looking back at something offscreen. Kai has a slightly concerned expression on his face. There is a window on one of the walls he is running in between. The image uses a loose colour pallete of greenish blue and orange. )

(Image 2: A lineless digital drawing of Mako and Bolin from Legend of Korra. The image shows Bolin holding onto Mako’s scarf as Mako looks away, both of them have nervous expressions on their faces. Mako and Bolin are wearing mainly grey clothing. They are standing in an alleyway similar to the one Kai is seen in in the first image. The picture uses a loose colour pallete of reds and teals.)

Asami and Percy - This is an engineer appreciation post! Yes, it is drawn (mostly) to scale. Congrats to the Mars 2020 Perseverance Rover team on a successful landing!

I’d meant to have this kunik series ready for Valentine’s Day. That obviously didn’t happen, but who needs an excuse to enjoy some cute couples mushing their faces together????? 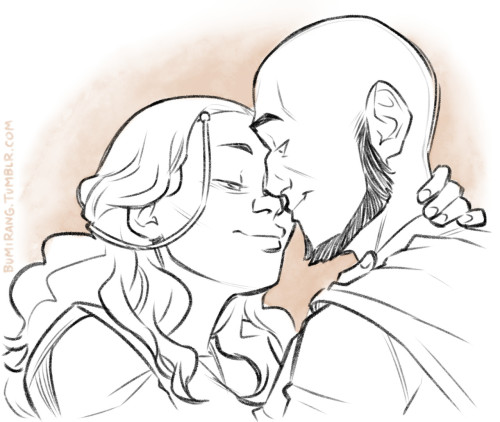 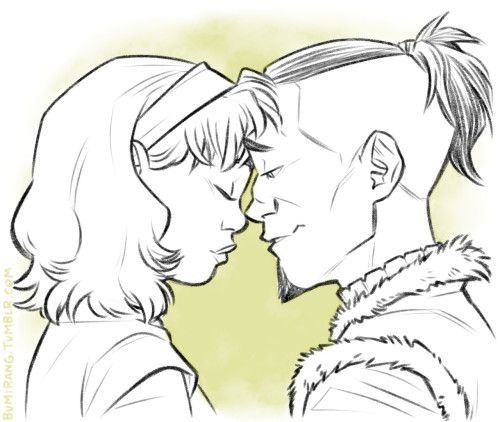 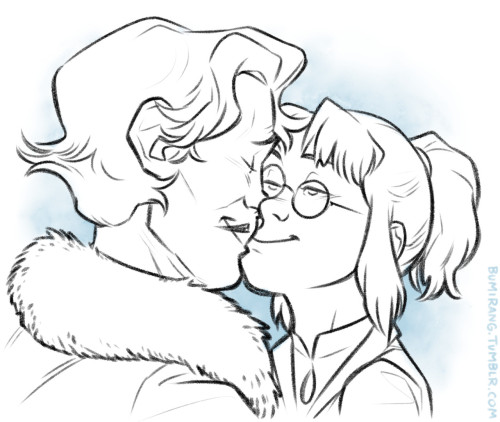 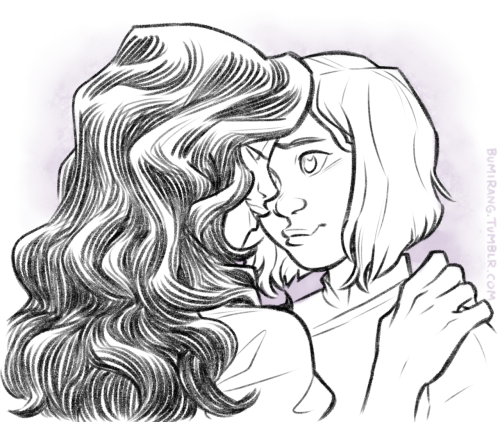