….by all means, follow that logic. See how it works out. I’m sure it will be just fine -Loki

A fragment from Son of Abel…

Bragi grinned wide and inviting. Pulled another flask from his pocket and passed it over to Caleb.

“Don’t know if I’d call what I’ve got strength. Determination, maybe. I don’t know.” Caleb took the cap off the bottle and stared at it, as the warmth of night coddled any intention of the contents going unsipped.

“Maybe that’s what you need to figure out.”

“Tell me about the mark, Bragi. What’m I missing?” Not that the Æsir of Stories was trustworthy, Caleb could never go so far. On a long stretching night, a yarn or three could take Caleb’s mind off of one number missing from his equations.

“Now, there’s versions of this'n, but this is what I remember. Once upon a time, the All-Father Odin took in a waif from beyond the mountains. Most of us argue whether Loki was a waif at all. Shape changers, see. They’re a tricky lot and Loki’s the best Trickster of them all, barring Anasazi in these parts. He was both younger and older than Odin. He may have put his own magic into making the world tree and all the worlds grown within its’ branches. Loki grew, and Loki was part of us in Asgård. As most stories about our shenanigans start, it was winter and we were bored…”

“More mead, brothers!” Thor beat his mug on the long table, arm thrust around his wife’s shoulders. Sif laughed and covered her distended belly,  heavy with Thor’s next child. All Asgård was in the Hall, drinking and staving off the unsettling darkness of winter’s dead hours. Baldr, God of Beauty was making merry by challenging the gods to do him harm, as he was invincible. Seeking only the best entertainment, Loki joined the game. He slunk off and found the secret to Frigg’s favourite boy. Mistletoe hadn’t promised to keep Baldr safe from harm. Not like the rest of creation  promised the Lady Frigg. Loki fashioned a dart out of Mistletoe. He gave the dart to Baldr’s blind brother, and waited with his grinning teeth behind a pint of mead. Magni son of Sif and Thor overheard Loki’s sons bickering over who would be the one to throw the deadly dart. Magni, young of years and weak of leg, raced into the Hall.

He thrust himself over the table and sprinted for the invincible God as Hodr’s dart flew out of his hand. A roar of merriment broke through the hall, shattering as Magni reached to catch his uncle’s falling body. Baldr died in Magni’s young arms. Loki cackled and leapt onto a table. Won the game, didn’t he?

Where was his prize? What reward did Åsgard give their winner?

Blood spilled. Sif’s belly quaked. Oft children are born to the Æsir not from joy of parents’ love but for glorious and vengeful purpose. As Magni held his uncle’s body, a cold curse of death swept into the boy. He lost his effervescence and his pride. In heaviness, none but Frigg, Baldr’s wife Nanna and Magni would touch the body. His ship became his casket, alight with holy fire. Frigg let her magic carry warmth into her bones. Magni shut his mouth and called on all his inner strength. Nanna couldn’t take the cold. She threw herself on her husband’s pyre. The Æsir quaked. Odin sought Mimir’s head for wisdom to guide them in the death of beauty. Only one phrase the ancient head murmured to the All-Father.

“Out. Send the brothers out.”

Sif cried in labour pains. The gods waited in grief to see what product came from her loins. Would he be a warrior bold, a gentle sorceress, a new beauty? The babe was small and frail, prone to wailing unceasingly.

“Out. Send the brothers out.”

To Magni they gave gifts and provisions. He was taught the ways of signs and magic from his grandparents Odin and Frigg. His brother Modthi was wrapped in tiger-skins from the Vanir, and laid in Magni’s arms. They set the brothers out of Asgård on a ship, Odin’s ravens chasing after. The seed for Magni’s disquiet was planted and the Æsir lost our strength to save us from the newborn’s whimpering tempest. Thor tore across the sky, Sif faded to a life of lingering quiet and a stillness fell in the halls. Ravens cawed.

Odin listened for word of his grandsons until the rage and anger grew quiet, and words alone kept heathens at bay in the vault of stars.”

Geckoes skittered, rushing wind in the trees hushed Bragi’s story to a furrowed lull. Caleb pulled his sweater sleeves around his fingers and hunched down in its’ thin wool.

“That… had nothing to do with Cain and Abel. Gee, Bragi. Need me to lend you a Bible?”

“Those’re the only two brothers you need worry about. Cain and Abel… the primordial murder. Doesn’t matter what scripture the story comes from, it’s the same. Brother against brother isn’t right. Two factions under the same banner can’t fracture without the worst. Isn’t that what the story’s about? A mystical mark to protect the primordial murderer from  retribution? It isn’t a mark of freedom, or a curse beyond measure. Cain cursed himself when he took his brother’s life and squeezed it out of Abel’s dying body. Tell me how Baldr’s murder is any different.”

“Hodr didn’t know he was killing Baldr.” Caleb said, rubbing his finger along his jaw. The gold torqued ring on his thumb caught diffuse starlight. He breathed deep of the scent of soil and palm sap, his own musk.

“Cain did?” Bragi tipped his flask to his mouth. The cinnamon warmth of fresh cooked apples peppered into the dusky night air. Grabbing the flask from Bragi’s hand, Caleb put it to his lips and drank it down. A burst of summer sunshine refracted across his esophagus into his spine. Caleb felt an endearing and motherly warmth soak into his body by inches. It radiated out from the settled liquor in his gut. Idun’s brew held the lifeblood and fire of the Viking gods’ bellies. Without her apple mead the Æsir would have packed it and died centuries ago in fits of bitter, forgetful age. The Æsir were beings of maintenance and constant natural worship. They were the fire, the flood waters, the clouds and the thunder but were not the wind. Neither were they the universe, or its creators. Caleb always knew worship on a planetary scale was as false as stepping down a precipice looking for Jacob’s Ladder. Still, nights like this, searching a crevasse had its’ uses. As he tilted his head back to the vault of stars, Caleb Mauthisen held Idun’s warming ambrosia to his chest.

“Yeah. Cain did. He knew he went too far. Nobody can cross the unforgivable line without knowing it. Where’d you get the new face?” 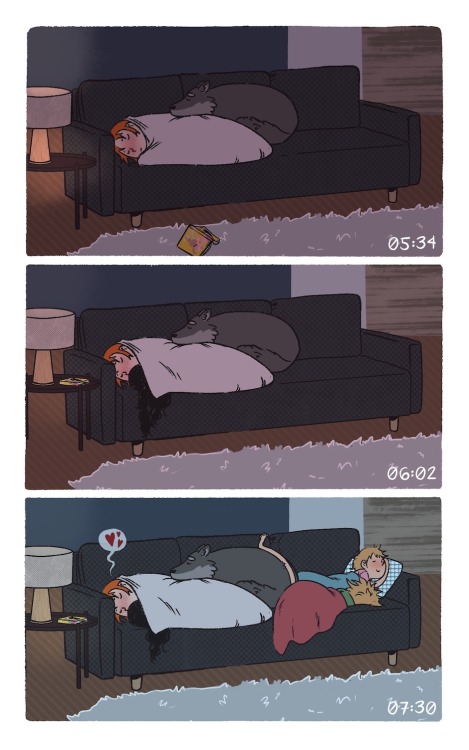 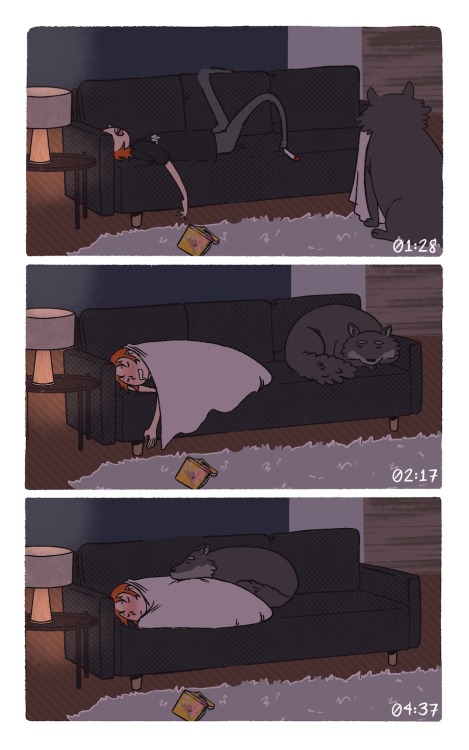 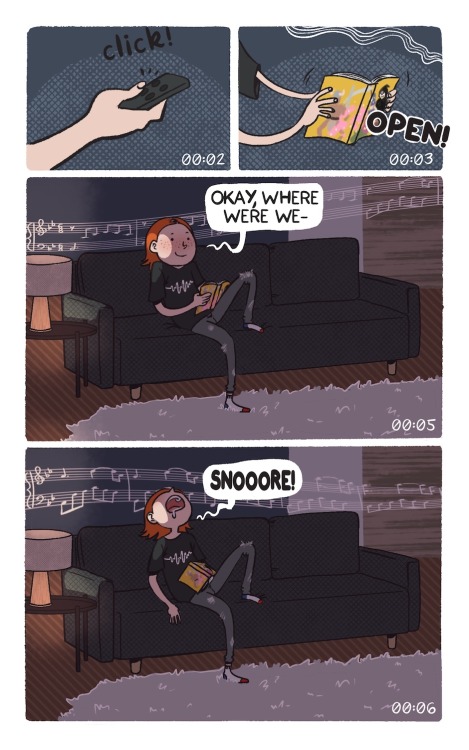 Good job, Loki
(the author was almost able to hold the deadline…) 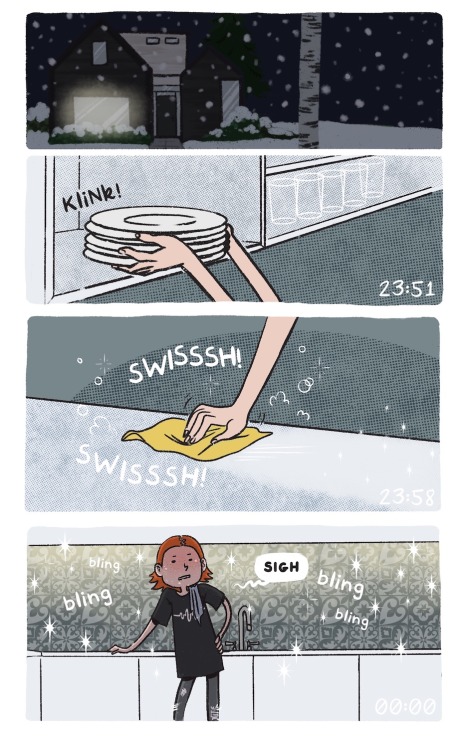 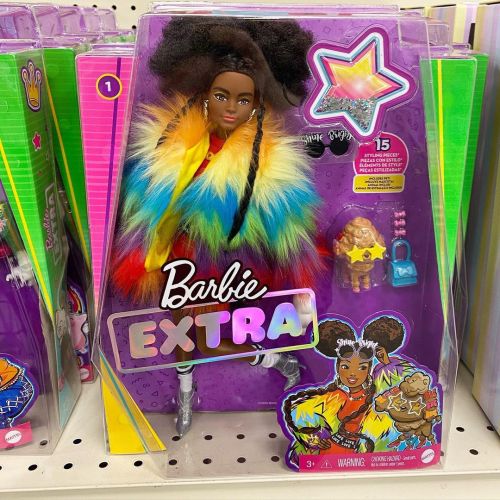 ORIGINAL IMAGINE: Imagine Loki wandering around the city and coming across you beating up a bad person in a secluded area. he is immediately intrigued when, even as he stands there in plain sight watching, you simply take a glance at him and continue beating the person up. When you leave, you walk away, and Loki follows you.

NOTES/WARNINGS: Loki shadowes Y/N throughout the story, blood, beating up, pinned to a wall, Y/N demonstrates her powers and Loki starts simping, noncon touching, gender-specific slurs, I made this for an OC of a friend’s and I’m editing it to be a self-insert thingy so I’m really sorry if this doesn’t work, bear with me here

Loki wandered aimlessly down the dark alleyway, the shadows of the skyscrapers above cloaking him in comfortable darkness.

The trickster god had found it difficult to fall back asleep after a particularly bad nightmare and decided to take a walk throughout the cool New York City streets. By his best guess, it was about 2 AM, so it was likely there would be no witnesses, and he could easily evade any who came his way. The summer nights were always lovely here, and tonight was no exception. The light pollution unfortunately blotted out most of the stars, but other than that, he would have considered this a perfect night.

You can find me on instagram (@uinen.ulmiel) if you want to see more of my drawings.

Tony, waking up in a middle of night: Hey, Loki. Loki wake up.

Tony: I just had a fucking dream. Literally and figuratively.

Thor: So we are all potatoes!!!

Okay so I asked my sister who these gods were and who these demigods’ parents are. This is how it went…

Loki isn’t one hundred percent certain about that logic, but he’s not complaining

ORIGINAL IMAGINE: Imagine you’re a healer working with the Avengers when Loki comes to join the team

NOTES/WARNINGS: This is a direct sequel to Loki and the Witchling.  Also on AO3 click here

You joined the team on the jet with Loki and found empty seats to take.  You took yours carefully, noting your wings with each movement.  You didn’t really know how to control them yet, and just kept them tucked against your back. You were going to have to find out how to use them soon.

Hela said the valkyrie would be returning to Asgard.  Maybe one of them could help you learn about your wings as well as any other new abilities that you’d gained.  Hopefully, they would be arriving soon.  You didn’t want your wings to be a liability.  You didn’t want to be a liability.  Despite that your main function was as a healer, you were still a lady of Asgard.  You needed to be able to fight, to protect yourself, your children, your family.

Not only were you a lady of Asgard, but you were also now a Valkyrie of Asgard.

It was a lot to take in.