My friend just gave this to me like, it’s not my birthday or anything else she just thought I’d like it and bought it for me.

Y'all. It’s not even the object, it’s the fact that she got something for me just like that. I feel so appreciated.

(yes I know it’s TR Loki, but first, it’s Loki, second, she ordered it on Wish and it got delivered, before the deadline, and third, she got me a present because she saw it and thought I’d like it. No room for any complaits whatsoever.)

Link to the full video provided in source, below.

You know, the fun thing about this bit is, that you get to label a box ‘knives, body parts and a decapitated head’ and then store all his limbs in it.

I’ve already talked in depth about the head in parts 3 and 4. Now it’s time to talk about the rest of his body

As you can see on the photo, I made sure his head and limbs were detachable which made life a lot easier when it came to painting and dressing him.

So remember that wire skeleton I was talking about in (part 2)? I slowly wrapped rolls of polymer clay around the middle to get the vague shape of a body.

I then slowly chipped and carved away at it, adding details, his chest, his arse. I then added arms by wrapping thin ‘snakes’ of polymer clay round and round the wire. Be careful with the neck, make sure it fits neatly beneath the head. When I made my Loki I ended up having to chip away at the neck after I had baked and painted it.

I think it’s pretty self explanatory: Make a pair of spoons with really short handles and stick a hole in the middle, large enough to later hold a pair of daggers. Also make a pair of holes inside the wrists with a needle so that you can just slot them onto the wore skeleton

You know the fiasco that I have complained about twice now with painting the head? Well, the annoying thing was that I’d tested the nail varnish by painting it onto the hands before moving on to the head. And it worked on the hands. Why didn’t it work on the head?

I didn’t put much effort into the legs themselves, just made a couple of stumps. They’d be later covered by trousers anyway. The boots, on the other hand, I put a lot of effort into them (what would a Loki figurine be without nice thighs)

Of course, one thing I forgot to mention. Bake the clay according to manufacturer’s Instructions before painting.

Here he is naked before I painted him

First of all, put glue on the wire to stick on his leg stumps but don’t glue his boots on yet

Then stick black cloth around the legs and waist to make trousers. Also wrap some cloth around his lower arms.

Then paint the neckline

Tissue- paper the rest of his torso so that it can be painted with acrylic paint. For an in-depth description of how to do this, please visit (part 1) where I describe all the techniques I used.

And use acrylic paint to paint his torso black

So far, your Loki action figure should look a little bit like this. (This was before I gave him hair so he looks a little like a crazy monk with two daggers)

In the next part, part 6, I’ll be talking about how to really easily make faux leather. (believe me, it is so cheap and easy and useful)

Right, better lighting, better photo quality than last evening. I have always wanted to own some action figures but they’re so expensive. So I decided to make one myself. So, here he is. As you can see, he’s stolen the TARDIS. Chaotic little bastard

I’ve created a blog with instructions for the making process. The name is 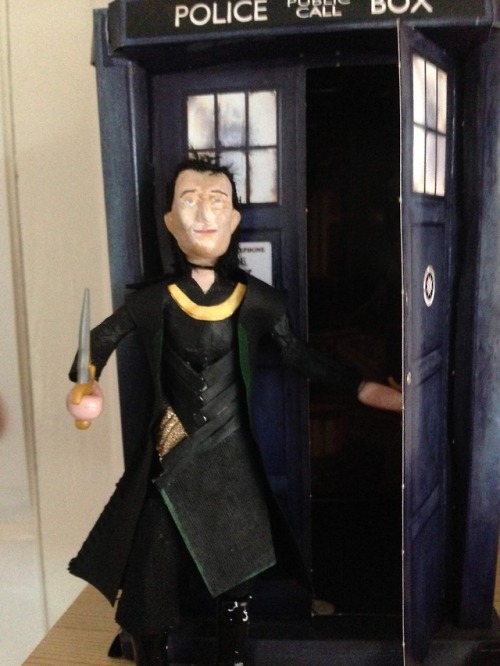 So I was shopping on the Marvel site and came across the new Loki, Ragnarok figure and he was posed like this. It looks he’s lecturing someone, exasperatedly. Plus, bonus Hulk leg. 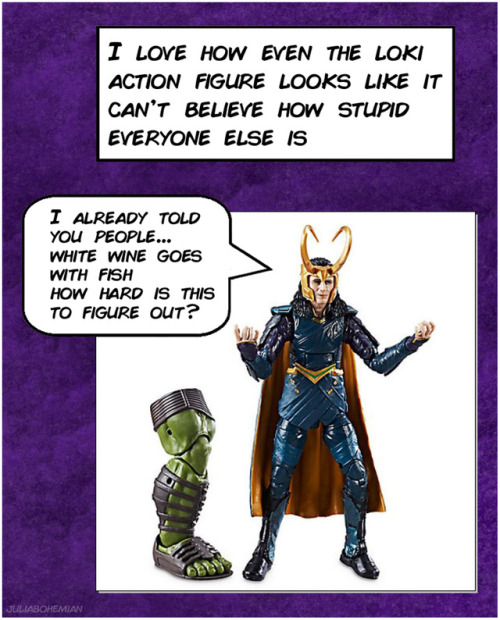 A new challenger approached. And loki doesn’t know what to do 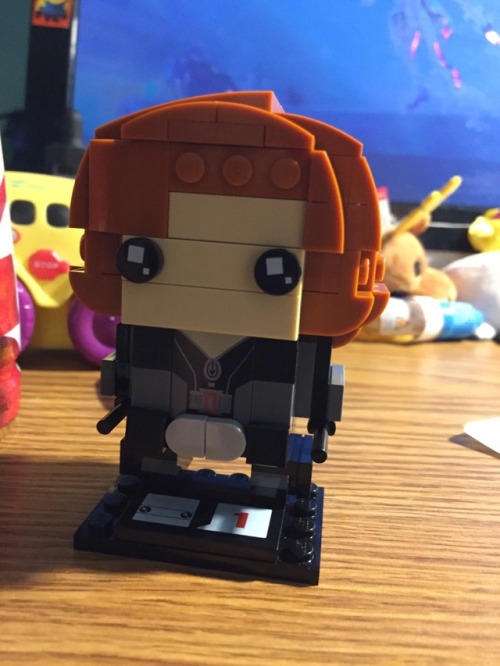 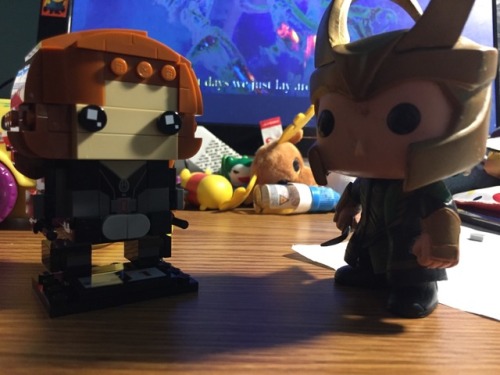 I hope to have the Loki at Christmas…

since I can’t have Tom xD kkkkkkkk 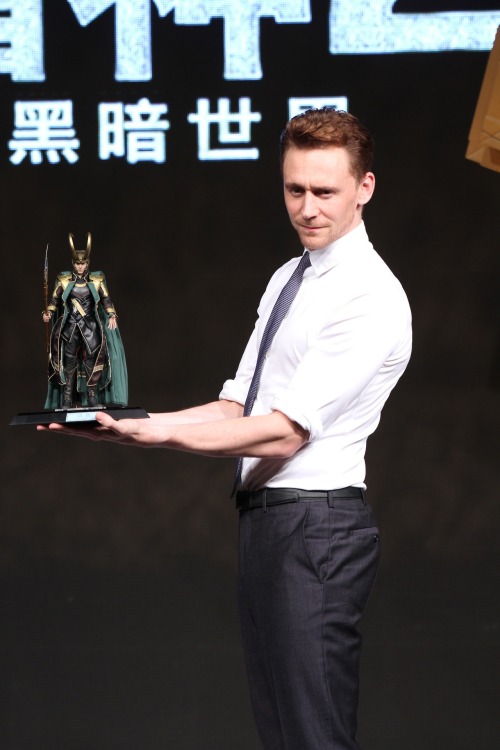 I took my Loki action figure with me to see Thor: The Dark World.

Yes, I’m at that level of geekiness.

So, for those curious, I went to college for 5 weeks, and then came back home as a sniveling wreck. My parents are making me get a job, and I’m lucky enough to have a job interview at Target.

My plan is to get a job, and save up enough money to buy one of those Loki action figures with the realistic face and stuff, and take him with me to see the new Thor movie when it comes out.

Here’s hoping this is a plan that will come together.

That Loki figure is so detailed and oh man, imagine all the possible references for drawings, and oh wow it’s too fantastic and I can’t deal with this right now I need to get to bed asap.

#i need sleep, #loki action figure, #so perfect, #i need to go, #ollies outie, #what is my life, #textpost, #personal
1 notes · See All
bullshit-compactdiskText

Been bonding with my sister… WOAH. Ok then we saw the Loki aaction figures but DAMNIT! The box was half open…Then we saw the larger version of it with the really nice detail of his armor and all but it…obviously cost.. a lot… *sulk* BAH! It was soooo nice!!~ I hope we find the small one in the toy stores with better quality…

I may or may not have but most definitely did buy a Loki action figure.

External image
and then I had to walk it past the guy who worked there that had been flirting with me like 10 minutes before that, and I’m just like
External image

No shame. All for Hiddles.