Trending Blogs
#look there
ohmygutsAnswer
wait, what water breaking one? :0

i can only assume you mean the video i made? of me breaking my water??

#ohmyasks, #all my selfies and stuff are in my irl tag, #so if you ever hunting, #look there, #Anonymous
7 notes · See All
littlemenxText

Can’t hold a pen under their boob fuckin idiot

#underboob pen challenge, #look, #look there, #no, #no bill, #that way, #yeah right there, #a little closer, #can you see it?, #its, #another thing for me to be insecure about!!!, #wow!
1 notes · See All
princeoftheironfistAnswer
Hey, is that mutant Bosozoku Takahara still around? If so, has he changed his thoughts on Eurobeat?

“Yeah I’m still here. And no, I haven’t changed my mind about Eurobeat.”

“It’s horrible garbage that needed to die out after the 90’s. The fact that it’s still around deeply depresses me.”

#Takahara Ichizoku, #I'd link to his profile but I'm on mobile, #He's on my Charahub though, #Look there
1 notes · See All
dil-howlters-knivesText

#draw me, #personal, #selfie, #look there, #that's where they are, #or I can personally send you one HMU m8
6 notes · See All
salinderkamboj132Video

#look there, #in the sky, #way up there, #those are all the fucks i give, #all of them, #all zero of them
2 notes · See All
trolloflegendText

[[Whoops I just realized the time
I gotta wake up early tomorrow to attempt to draw a life-sized Sion on the one of the wipe-off-board walls of a college I hang out at before too many people get there
It’s my surprise to the students that sit in that section often and play League every day. Why? Because 1. why the hell not and 2. I wanna draw a really big Sion picture

#[[If any of you go to Wentworth Institute of Tech in Boston, #LOOK THERE, #I'LL BE SEEING YOU POSSIBLY]], #ooc, #tbd
4 notes · See All
miodiodavinciAnswer
When the TV repairman got married the reception was excellent.

i did not ask for this punishment

#look, #look there, #i can make puns too, #mio answers things, #anon
2 notes · See All
kurovskoyeText

hey yall should submit ur selfies i wanna see ur cute faces~!! (*ゝω・)ﾉ

#look there, #do u see them, #those, #southern roots
1 notes · See All
twistedsinewsText

#...gonna hide under my rock until the stupid goes away., #if anyone needs me, #look there
3 notes · See All
annalise--julietText

Annalise laid horizontal on her vertical bed, her long hair hanging straight off of the side and her legs hanging off of the other. Her door was shut as she hung upside down off of her bed. Her headache and nausea had subsided for a while upon asking for some head ache medication, she was still uncomfortable, but she’d deal. She’d always deal. She’d dealt with it for so long, it almost felt weird talking about it. Annalise chose to keep ignoring it, although it was hard to ignore when she had nothing to do. Her mind was empty, as it had been for most of the day, so she just shut her eyes and listened to the crickets, recalling her day.

She had finally seen Alexis. The highlight of her day. It almost made up for the fact that Lacey had almost killed her. The smile that had slid onto her face faded and she opened her eyes, pulling her fingers up to where she knew the bruises were on her neck. She shut her eyes, this time covering the painful memory that struck of her being lifted off of the ground by nothing but her throat. Anna tugged her jacket zipper up, closing the collar, and hiding most of the bruising on her neck and the few on her arms.

The stars. Alexis had promised her the stars tonight, but, she didn’t expect anything. She had come to enjoy the quiet of her house late at night and didn’t want to damper on Alexis’ first night out. Anna sighed and smiled slightly knowing that the older girl was more than likely out gallivanting around with Jameson or even possibly Jordan, or the other blonde girl Anna had heard Aria speak of. She rested her eyes again, letting the sound of crickets and wind clear her mind.

Suddenly, a knock ripped her from her trance and she pulled herself off of the bed. She adjusted her hair and her jacket in the mirror, making sure things were appropriately covered, and opened the door. “Alexis!” she squealed hugging her tightly, “what are you doing here?”

I apologise Anon, it’s not my place to name names or ‘out’ relationships.  However, if you poke around on this site enough I’m sure you will find some that don’t mind talking about their relationships.

#ask-work-hard-play-hard, #look there, #they don't mind, #there are pictures, #I've seen them, #8D
0 notes · See All
lyssa-ohnoText
External image
#They see me rollin, #they hate'n, #cause they all see me getting my clothes dirty, #Rolling, #look there, #I blogged it
2 notes · See All
superboy-without-powerQuote
External image
#new theme, #personal, #look there, #visit
2 notes · See All
ahumblebountyhunterAnswer
If you receive this message then someone is trying to tell you that they are incredibly happy you ever joined tumblr. You are not only running a tumblr worthwhile following, but you are also a totally kind and awesome person. Without you my tumblr experience wouldn’t have been the same. <3 Thank you for being you <3 If you want to show someone else your love, send this to the 10 nicest people you follow.

Aafsfasda. I love you. Right back at you because I don’t do these things.

#bladeofvalhalla, #LOOK THERE, #SEE LIGHTNING-MUN LOVES ME, #You should all be jealous
1 notes · See All
najasimmsText

hey my new audioblog location IIIIIIIIIISSSSSSSSS: -drum roll- fromthepoetsmouth.tumblr.com if you like my poetry and want to listen rather than read them, follow there. You are garunteed to…. be mildly amused.

#audioblogs, #new locations, #from the poets mouth, #look there, #do it, #you know you want to
0 notes · See All
jjongosaurusPhoto 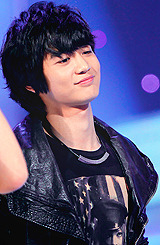 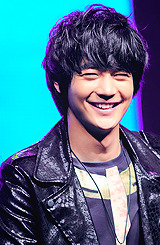 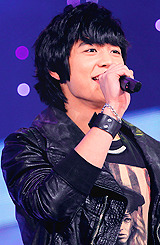 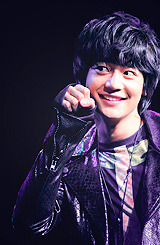 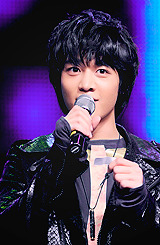 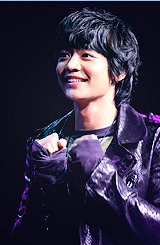