Made it home from my trip. I should be around like normal again. :3

There’s nothing quite like the feeling of your dogs piling on top of you when you’re feeling like garbage. I fucking love my animals. 😭

There was a metric ton of love poured on me today and I’m so happy. Thank you all.

Lorelei (Lori or Lor) Faye, aged 29 years old, youngest child of a well known conglomerate family. Currently married to one of the sons of another well known conglomerate family. She prefers to keep to herself, not having much interest in the fields her family has companies in, and thus is said to be shy and meek. However, she’s actually quite the hopeless romantic and from a young age had always dreamed of marrying someone and having her own happily ever after.

Lorelei never got along with her family, though they also weren’t at war with one another either. She left them alone and they did the same, really. Because of her and her in-law’s family wealth, she never really had a job, though she has done a few internships here and there over the years. But it was mainly frowned upon for her to do so and thus, she didn’t stay long in those positions.

Despite her best efforts, Lorelei could never get herself to be as good-looking s her older siblings and being part of a family that was essentially a celebrity family, she is often compared to her older sisters, who all had natural model-like beauty; unlike them, she was on the short side, actually had good curves to her form and had freckles, a feature she was always told was not attractive. All of this added up to her eventually believing that she was not pretty or nice to look at, and she began keeping in the background with her family in public, not wanting to have them be ashamed of her.

She went to only the best schools along with her siblings, graduating high school and later university with passing grades, though she had been far from being on the honors list. She isn’t overly intelligent, but is still smart in other ways that her family don’t seem to understand.

At 25 years old, her parents announced she would be marrying one of the sons of another conglomerate family, a man she had never met before but had definitely heard about. He was a good-looking man and when she saw him on TV, he always seemed kind and friendly, traits she immediately fell for. Being the romantic she was secretly, she thought this was finally her chance to feel worthy to someone else outside her parents and siblings. And when they did finally meet, she had been right- he was charming to her and funny, attractive and good at his family businesses.

During their year of courtship, she only ever really met with him in public; rarely behind closed doors and just them together. So she figured he was just as charming and sweet in private as he was in the pubic eye. However, once they did marry and they got to their new home, finally able to spend time alone since meeting, she saw his true colors. Distant, stern and almost seemed irritated and disgusted by her. He wasn’t the man she had originally met and fallen in love with, she knew that much. But she also couldn’t just explain to her family about the situation and file for a divorce. The marriage had been made for business reasons adn Lorelei didn’t want to disappoint her parents. Her new husband never touched her- both in an abusive sense and in the marital sense- and soon, she became used to it.

When they were out in public for husband-wife ‘dates’, he was the man she thought he was, treating her tenderly and always affectionate with kisses to her cheeks and such. But the moment they returned home and were alone, he left her to her own devices and just worked. He never cheated on her, though. There were no other women that came and went for his pleasure. He just acted disinterested in Lorelei and over the years, it became normal to her, even though she was obviously upset about it all. She ahd lost hope for love in the end, having accepted that she was bound to a man she couldn’t get close to and someone who clearly wanted nothing to do with her in any intimate manner.

Since then, Lorelei has just gone with the motions, acting as her husband’s house wife and doting partner in public. She knows it isn’t right to just accept it and all, but she doesn’t want to go against her parents’ wishes, either. If their marriage was what they felt was best for her, she would bear with it. While he worked both at the office and at home, she often takes long walks around the city, sometimes wishing she was someone better so she could maybe have a real romance in her life. 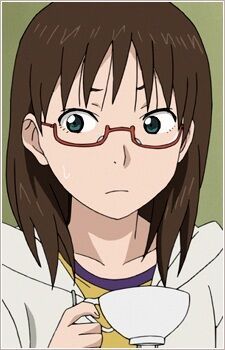 #lorelei about, #so this went on waaaaaaaaaaaay longer than i meant it to xD, #but once i started writing her info... it just didnt stop, #hopefully it makes sense and i didnt just end up rambling too much lol, #and hopefully she doesnt sound too cliche or something xD or at least too clich to not work lo, #dot speaks
2 notes · See All
Next Page